I have come across lots of these Czech vinyl small packs, and some large ones, and also the suspenders. I think that they date from around 1990. There are also respirator carriers made out of similar material. My question is, what other pieces were made to go with this set? 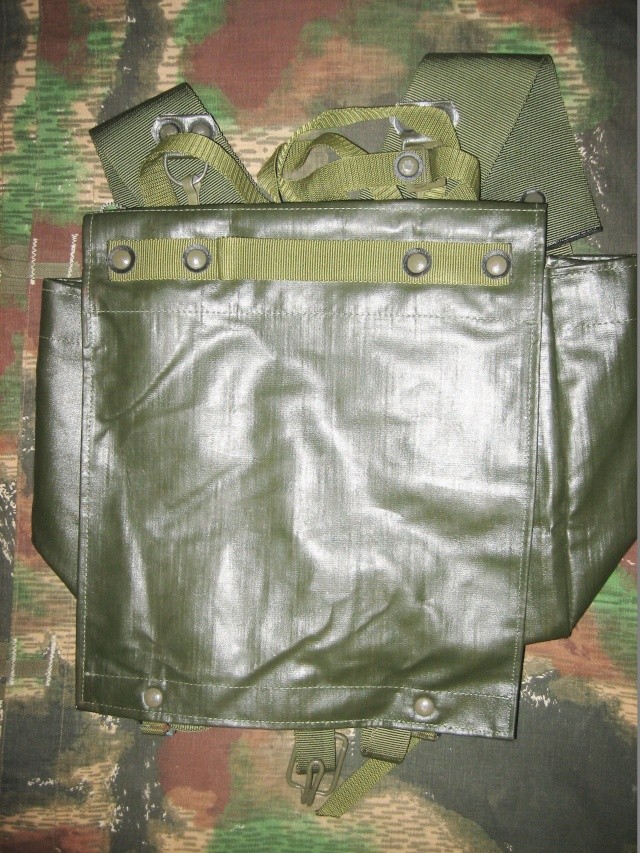 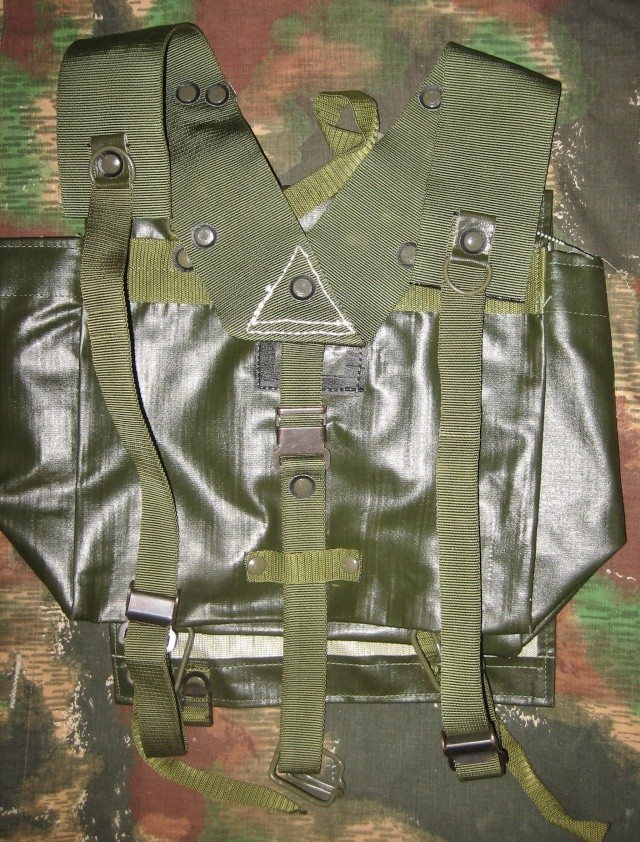 That is basically it: suspenders, large pack, small pack/breadpack and gas mask bag. There should be also large duffel bag but I haven´t seen it yet.


This is part of vz. 85 load bearing system. As the number indicates it was accepted into army in 1985 and was designed to be worn with new vz. 85 uniform. But similarly like the uniform it was not issued to many units as the warehouses were full of older equipment. The idea behind vz. 85 load bearing system was to improve water resistance of older canvas vz. 60 load bearing system. The design remained same only the material changed. Also vinyl pouches are easier to decontamine in case of NBC attack. However the comrades considered leather to be good enough so the standard equipment should consist of: leather belt, leather ammo pouch for 4 magazines, leather shovel carrier, metal field bottle in leather carrier, leather bayonet scabbard, nylon suspenders, nylon large and small pack and nylon respirator carrier. After the 1989 when it finally got out from warehouses and the cold war ended the fixed shovel was traded for folding shovel in canvas pouch which was previously been used only by the paras.

This gear is still official in some Slovak and Czech units. It was not very liked back then, today it is hated by everyone who had to use it...

First model of gas mask bag issued before other parts of vz. 85 system: 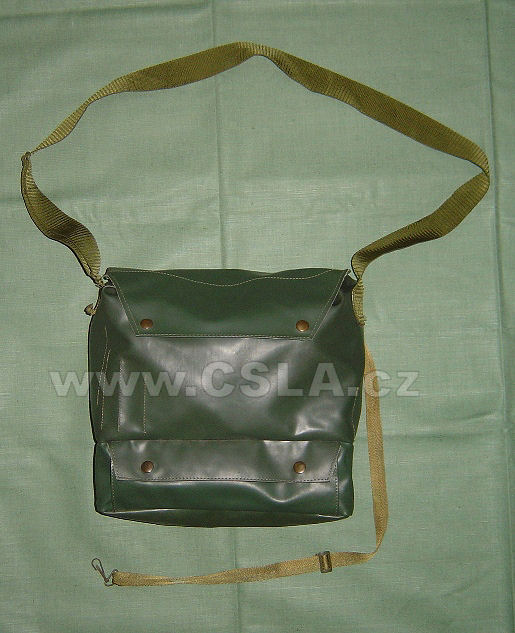 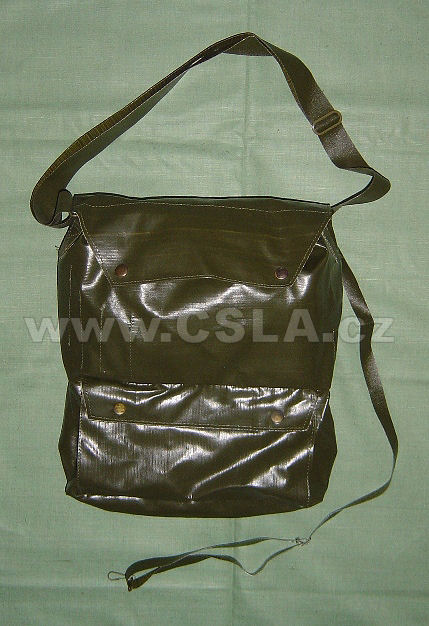 Also be careful about this vinyl 2 magazine pouch and bayonet sheath. They are not part of the vz. 85 load bearing system. They are part of OPCH 70 - NBC protective suit which was issued to designated NBC protection units instead of disposable poncho the infantry got.

I will post some more info about nylon vz. 85 load bearing system for paras later.

Thank you for the detailed information!
Thibir

I forgot to mention. Here are small bag and large bag with suspenders worth around 3€ in surplus shops. So I hope you got the lot for decent prize.

Gas mask bag has 2 cells. Upper is for mask itself. Lower is for JP-75 - NBC poncho with overboots.

As promised some info about better Czechoslovak nylon gear. There is vz. 85 load bearing equipment for paratroopers. It is basically vz. 61 load bearing equipment for paratroopers made from nylon instead of cotton.  It is much more comfortable than standard infantry system. It is also quite nicer and unlike the infantry one it was used also in foreign missions (mainly Desert Shield and Desert Storm and peacekeeping in former Yugoslavia). Until recently it was used by Czech army because their current backpack was not authorized to be used with older models of parachutes. It consists from backpack, large utility pouch, 2 magazine ammo pouch, suspenders and belt. It is interesting, that the paratroopers had only 2 magazines for their guns available. This set doesn´t contain any bottle pouch as paras should wear their bottle in the backpack. The para suspenders are very similar to the infantry ones but can be distinguished easily. Infantry suspenders have 3 hooks. Para ones have just 2 hooks and the back strap is attached through loophole. The complete sets (except the belt) are quite plentiful and not so expensive. You usually can get it for 30-50 €.

Here is photo of my vz. 85 para belt. It has really basic design. Unlike other vz. 85 para gear it is very difficult to get one. I paid 30 € for this and was very, very happy to get it. 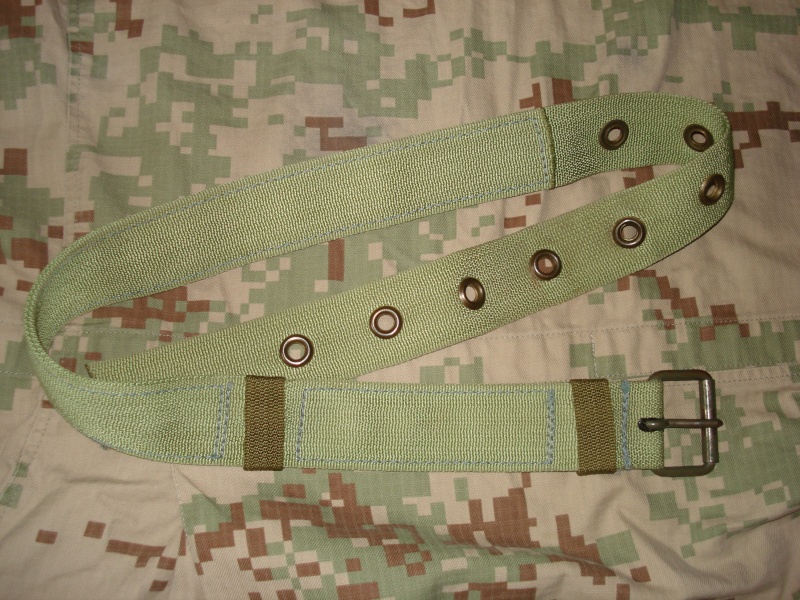 Awesome info! The old leather para belts are also impossible to get IIRC.

Yes, thank you again for the further education - now I have a better idea what to look for.

Yes, I paid very little for the small pack, suspenders, and respirator bag. I don't have a large pack yet.
Gulf91

Aha,have a yoke like the one in the first picture,thought it was Czech due to the belt hooks but as has no markings wasnt sure but am now-Thanks.
Sponsored content