Just to share my latest bundeswehr display ,somalia 1993/94 ,It was quite significant as it was the first time the army had operated outside of germany since the end of world war 2 ,the uniform is french  army HBT F2 and dated 1990 ,the rank shows infantry senior NCO ,i hope to add the french desert boots one day but for now enjoy 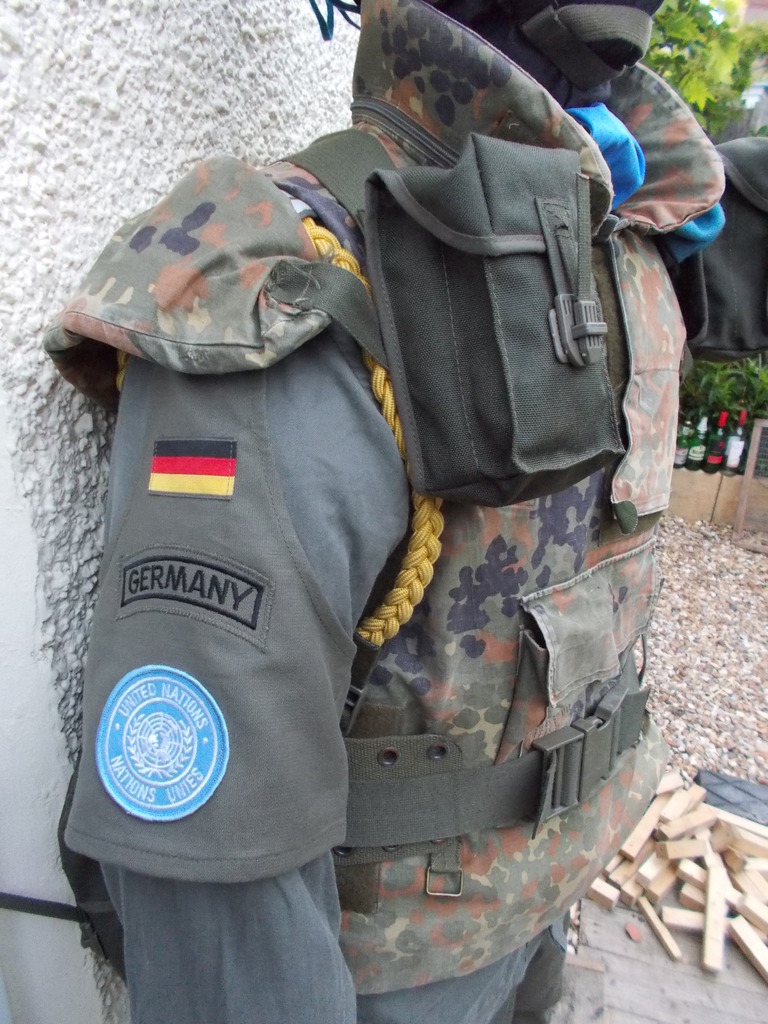 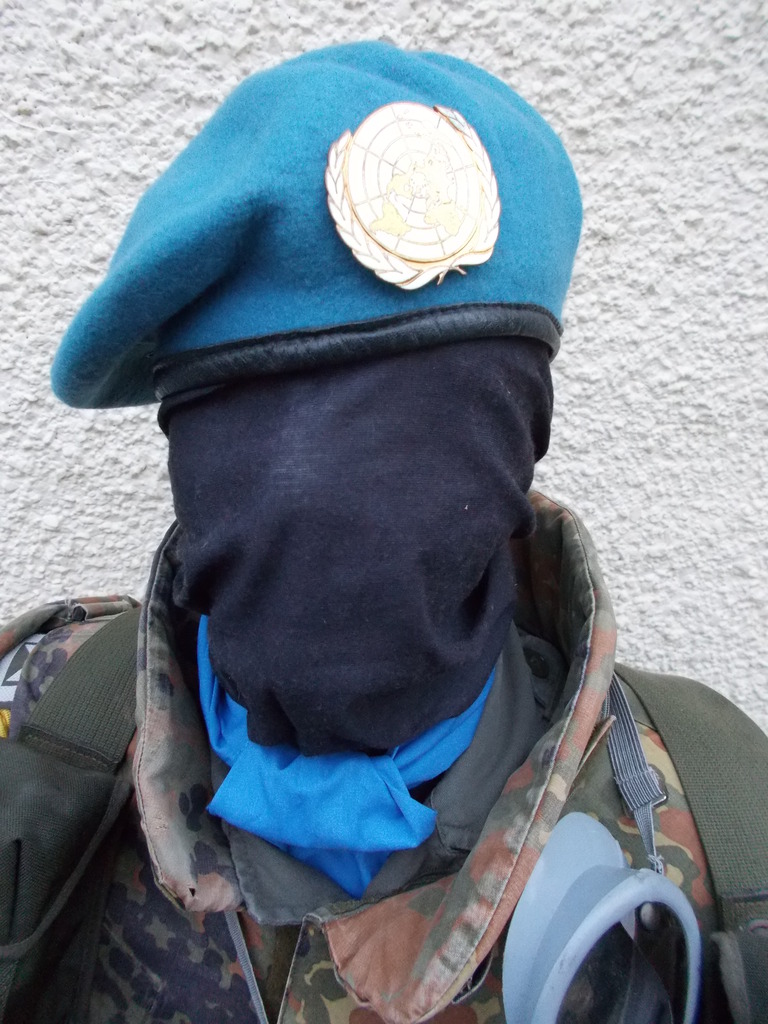 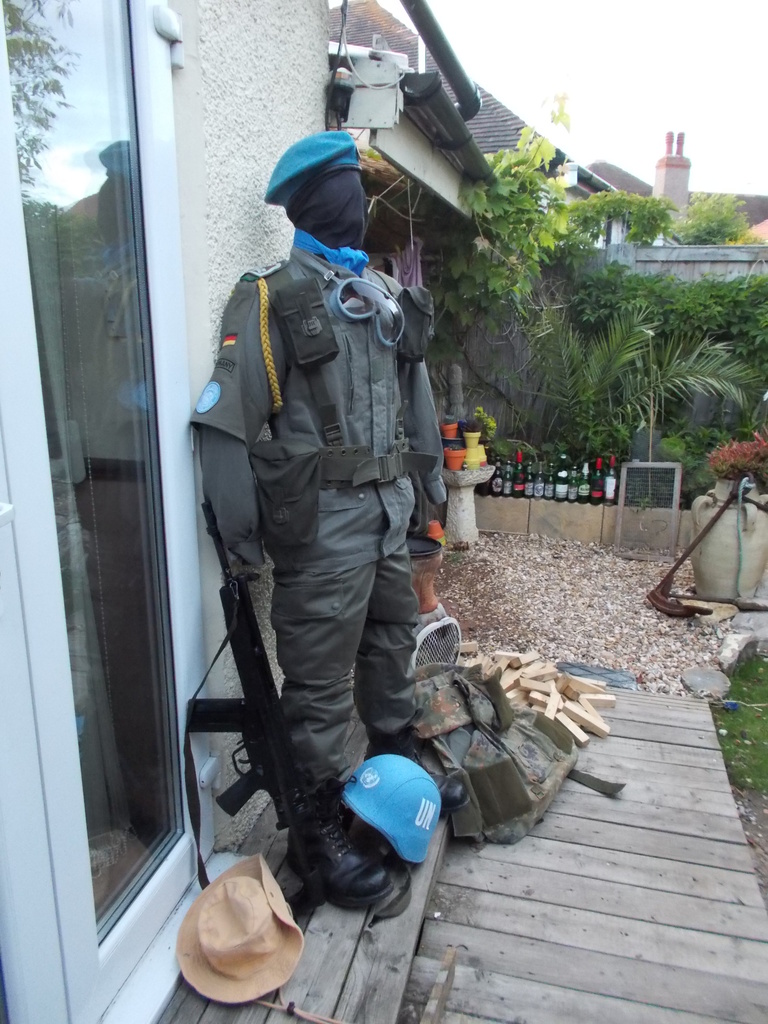 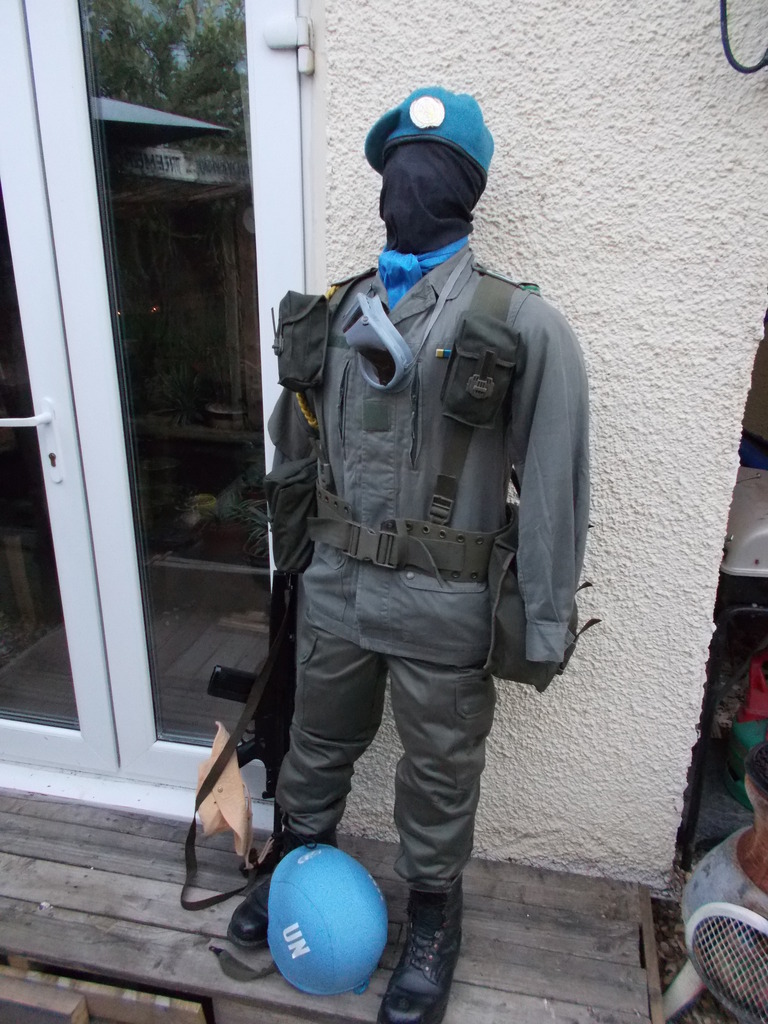 So let me get this straight. You are saying that Germany deployed forces to Somalia to protect cute little bunny rabbits? Do you have a source for that because I'm pretty sure Germans generally eat rabbits, not protect them

Finding a genuine bringback BW F2 jacket is damned hard to do. I've missed a couple and they went for considerable amounts of money.

A while back a few of us tried to figure out if flags were sewn onto the sleeves BW style. There is some evidence that this is in fact the case, however maddeningly the few photos I've seen from Somalia show either the right arm (with brassard like you have) or the guy's not wearing the F2 jacket. So no definitive answer.

Thanks Steve ,them pesky rabbits get everywhere, great to hear you had a discussion on the somalia gear i didn't realise there was much interest in this time period for the BW collector but i can say i really enjoyed setting it all up in one display ,my thoughts mirror your's regarding the f2 jacket, ive seen some referance pictures showing with tri flag and the germany arc patch just as found on the the brassard or like mine nothing at all on the left sleeve so seemingly a bit of both ,ill have to do some further reasearch on the subject ,thanbs for your valued comments ,James
abefroman

Nevermind, edit post. Your display is pretty spot on:
Anyway, an awesome display and great topic.