I've recently come across two Klu magpouches (if i may believe the internet). They both seem to be somewhat similar to the p37 basic pouches, but much smaller.

One of the pouches has a steel wire hook added to the back. It seems like this was done later but it is quite good work nonetheless. 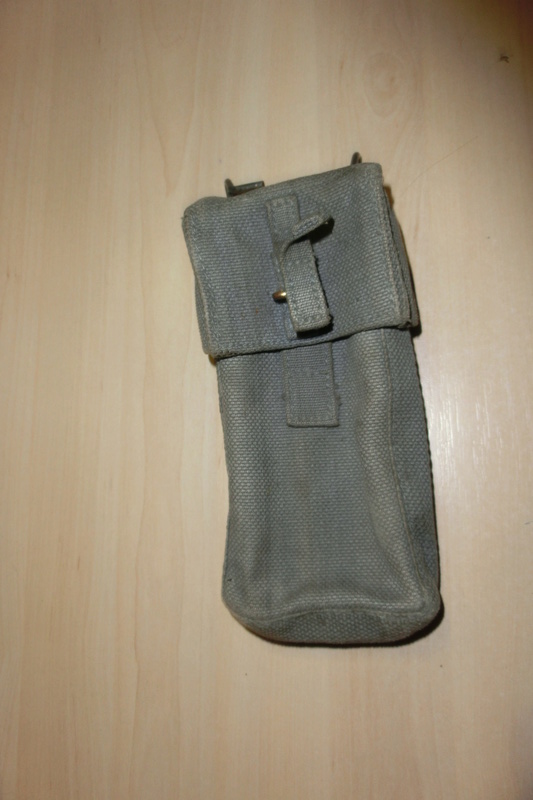 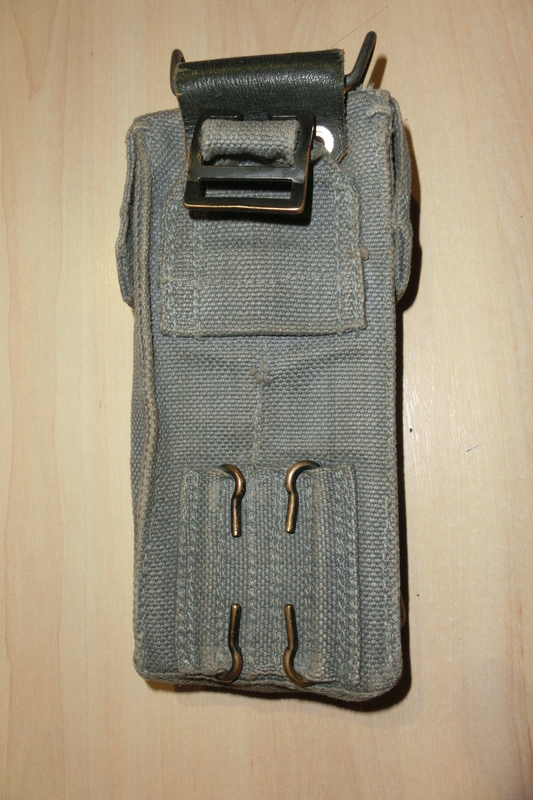 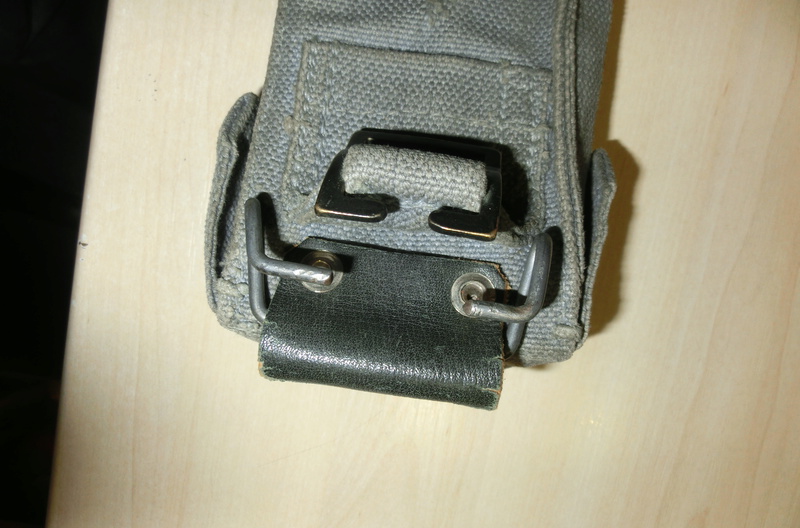 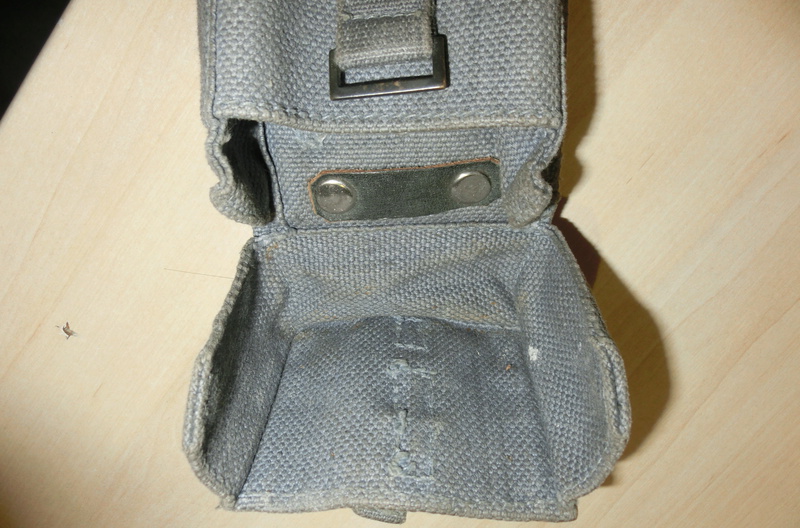 have any of you guys come across any such modifications (Klu or otherwise)?
Wolverine

This is a KLu magazine pouch for the Uzi. The belt hook modification uses the same type of leather and rivets that I have seen on other types of modified Dutch pouches. I will post some photos later on.

That is a nice find.
Wolverine

Here (on the right) is an early KLu basic pouch that has been modified to ride lower on the belt: 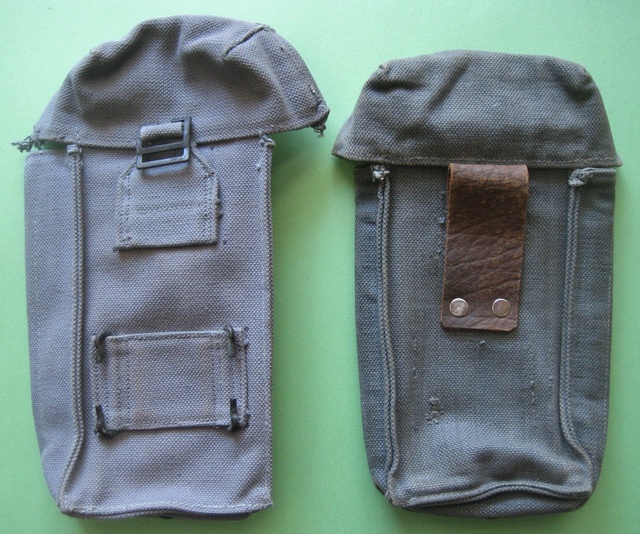 And this one is a bit of a mystery - a British 1937 pattern basic pouch that has been heavily modified with an internal metal frame, and a strong belt hanger. Also, the C-clips have been repaired/reinforced, suggesting that something rather heavy was meant to be carried in this pouch. My only guess is that it might be related to the WS 88 radio - perhaps to carry the battery pack? But I don't know if the Dutch forces ever used the WS 88.

I don't know if it was KLu issued, but the rivets and leather used on the belt hanger are more or less the same as on Glencoe's pouches.
There is no question, however, that the pouch was used by Dutch forces, as it is stamped with the Dutch disposal marking (BD). 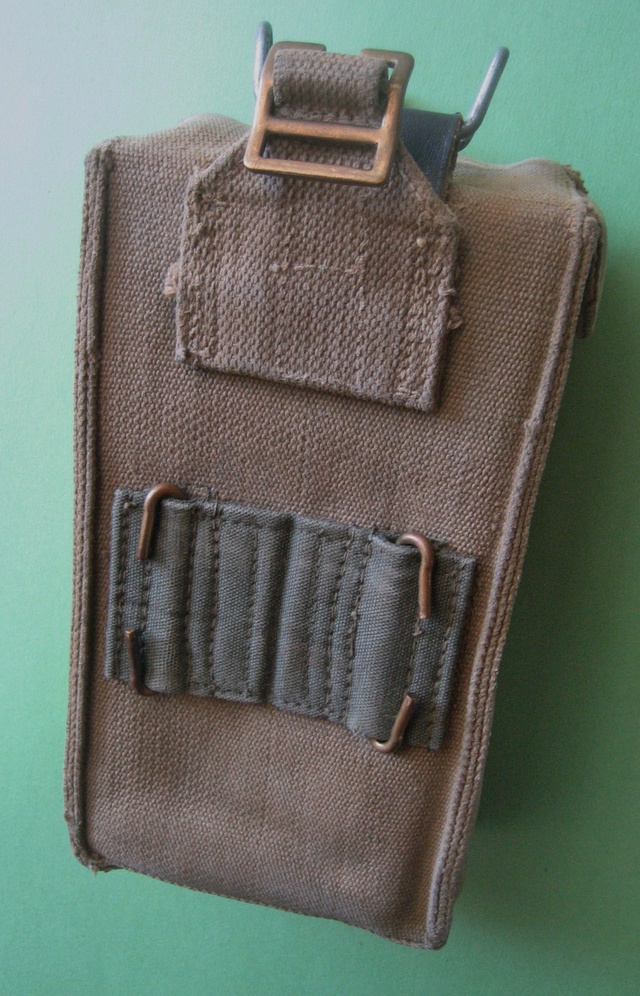 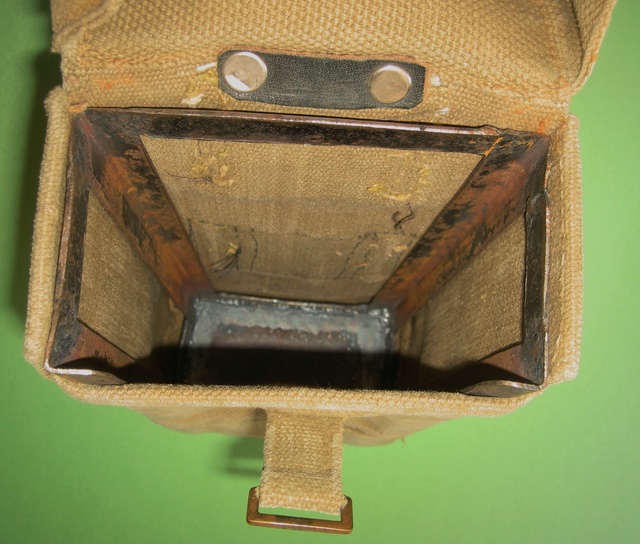 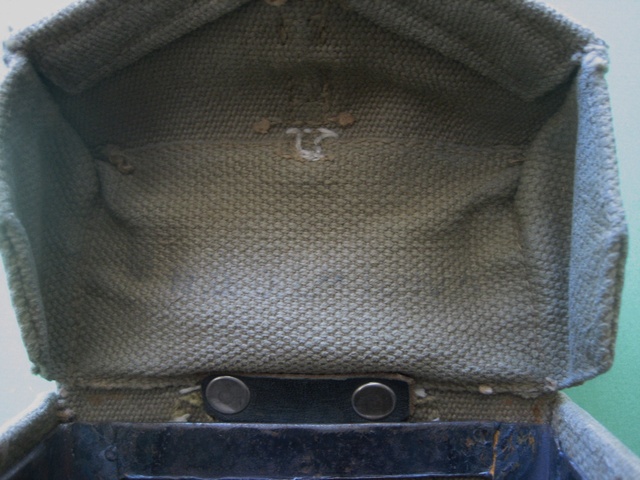 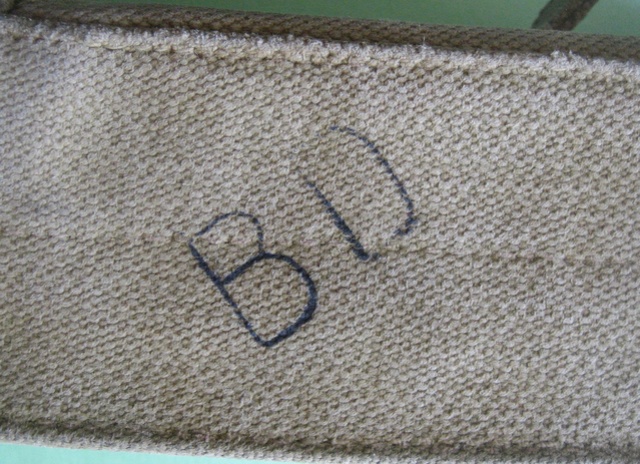 I have photos of Dutch soldiers in Lebanon with basic pouches that were modified to hang lower on the belt, but not so low that the entire pouch hangs below the belt, it might depend on the individual or unit that modified them or had them modified though.
They used them for rifle grenades IIRC, possibly teargas or something.
I don't know if any of them had a frame inside the pouches, but it would make sens to protect such things carried in lowhanging pouches.

The KLu one could be from either the KLu or KL. As KL didn't get magpouches issued, they sometimes fell back on svavenging whatever they could use. Either modifying existing stuff, or trading with others who actually did have pouches, like KM or KLu.
I have modified KM FAL pouches, a green blancoed KLu UZI pouch, and FAL and UZI pouches that were theater made in Lebanon.

It's possible the KLu basic pouch with the leather loop was modified for drivers, like with the British MT pouches.
Bert353

Maybe another more peacefull mod, when I trained with the Klu for Nijmegen, we were issued these pouches also, we had to add lead, brick or something so that our webbing was 10 kg (if i remember correctly?) if empty, so to comply with regulations.
Sponsored content