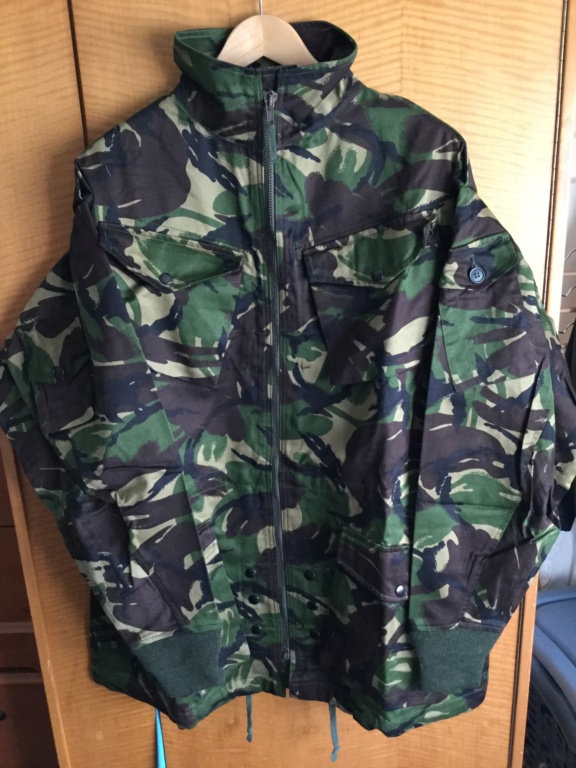 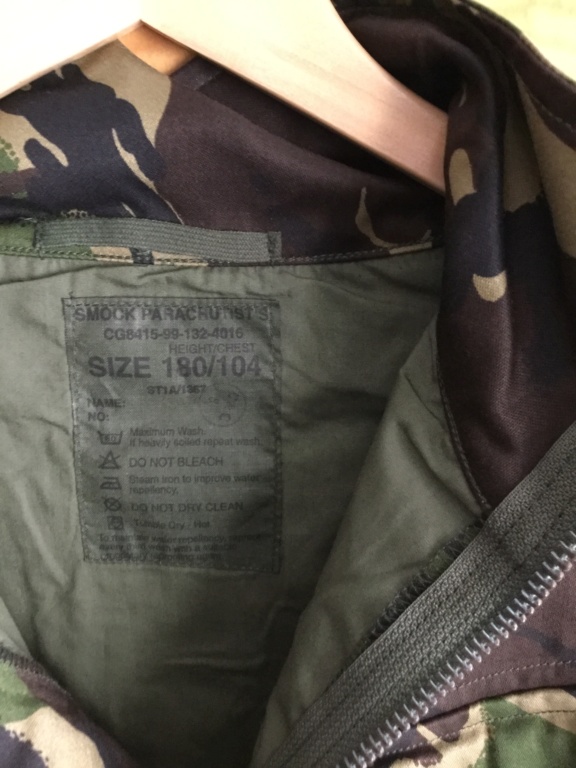 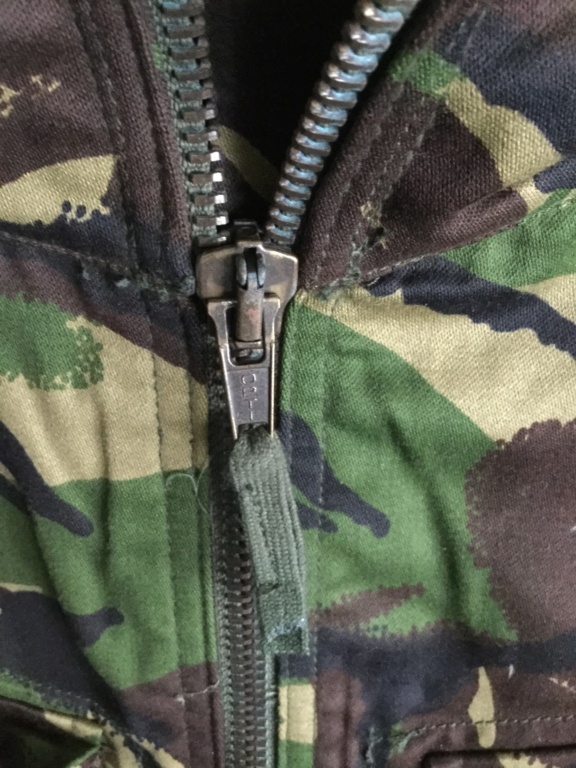 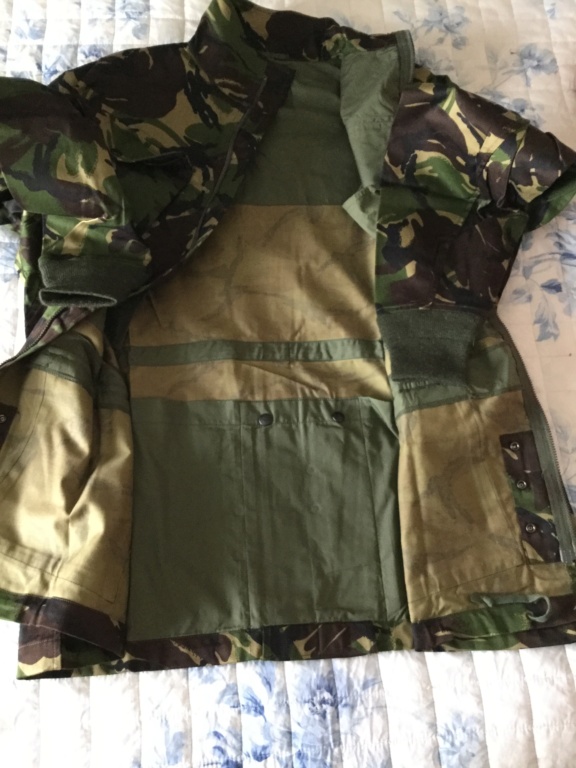 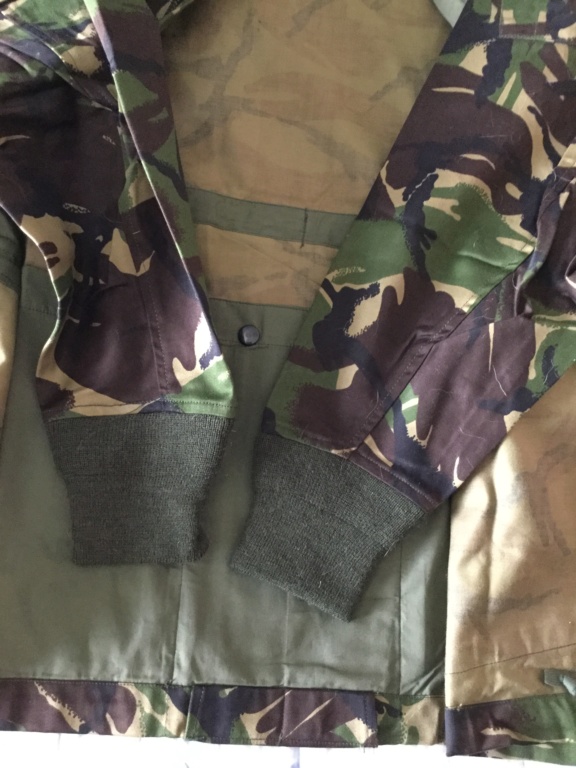 Hi can anyone give me an idea on the era this smock is from it is in brand new unissued condition.
TIA
Graham
HEB

does it have nylon in it?

"The 'Smock, Parachutist', to be more precise, was introduced to airborne forces in the mid-1970s to replace the Denison Smock still in use until then by them and the Royal Marines. The Denison smock had been introduced around 1940 and revised from time to time until the last versions were made around 1972.

The new Smock, Parachutist, was basically a re-invention of the old Denison design, with many familiar characteristics, notably knitted cuffs, 'mandarin' collar, full-length blackened zip, and press-studs on the crotch flap. The two bellows chest and two bellows lower front pockets have a fold-over flap, and close with blackened copper press-studs; like those on the Denison smocks the first Smock, Parachutist, had press-studs made by Newey. There is also a left sleeve pocket to hold a rule and pen, as on the 1968 Pattern Smock, combat, two internal chest pockets and two internal lower back poachers pockets, and green cord drawstrings at the waist (internally) and the bottom hem.

There was no fitted hood, though a Hood, cold weather, combat could be fitted to the central hood button and the two epaulette buttons.

These early Smocks were the same 100% cotton as the contemporaneous Smock, combat, and were made from the now general 1968 Pattern DPM cotton fabric. Lined only on the shoulders and upper arm, the lower half showed white on the reverse side to the camouflage printing.

In the mid 1980s NATO sizing came in, and shortly after a small bellows FFD pocket was added to the tricep of the right arm. By this time the quality of material had gone down, and the fabric had a percentage of nylon in it. The pattern also became much darker with the browns and blacks making a higher percentage of the camouflage pattern."
loski