Hi all,
Can anyone give me an idea of value on these trousers ??
Thanks 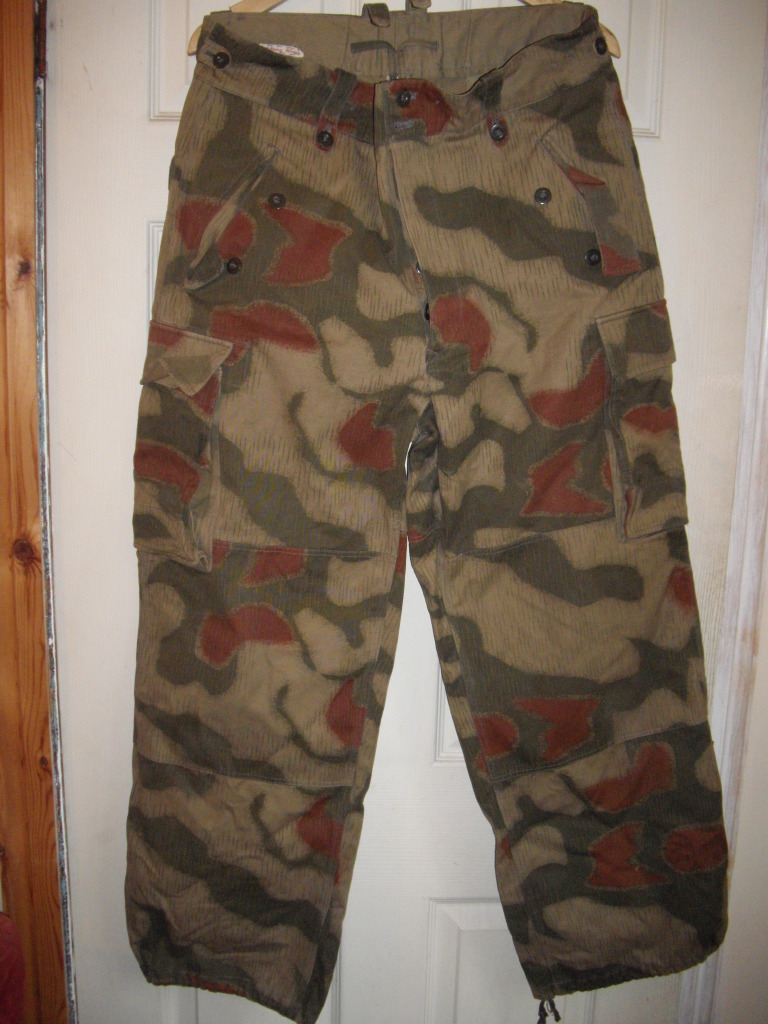 Sure, but first I'll tell you it's not BGS

This is 1960 (maybe other year) Berlin Police Sumpftarn trousers. The cut is nearly identical to BGS as is the camouflage print. But there are subtle differences. The usual tell-tale feature is tan rain strokes over the green areas. BGS used dark green throughout. The buttons are also different and a few other things like that.

BGS trousers from this era routinely go for over $100, often times much higher. Ironically the Berlin type used to be much rarer and yet sold for the same price because people didn't understand they were not BGS. However, for the last couple of years a guy in Berlin has been selling a seemingly inexhaustible supply of these. Apparently he bought a load of them from a movie prop company. This has caused the prices to be all over the place. Around $100 is about right for one in great condition. 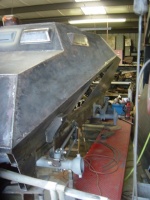 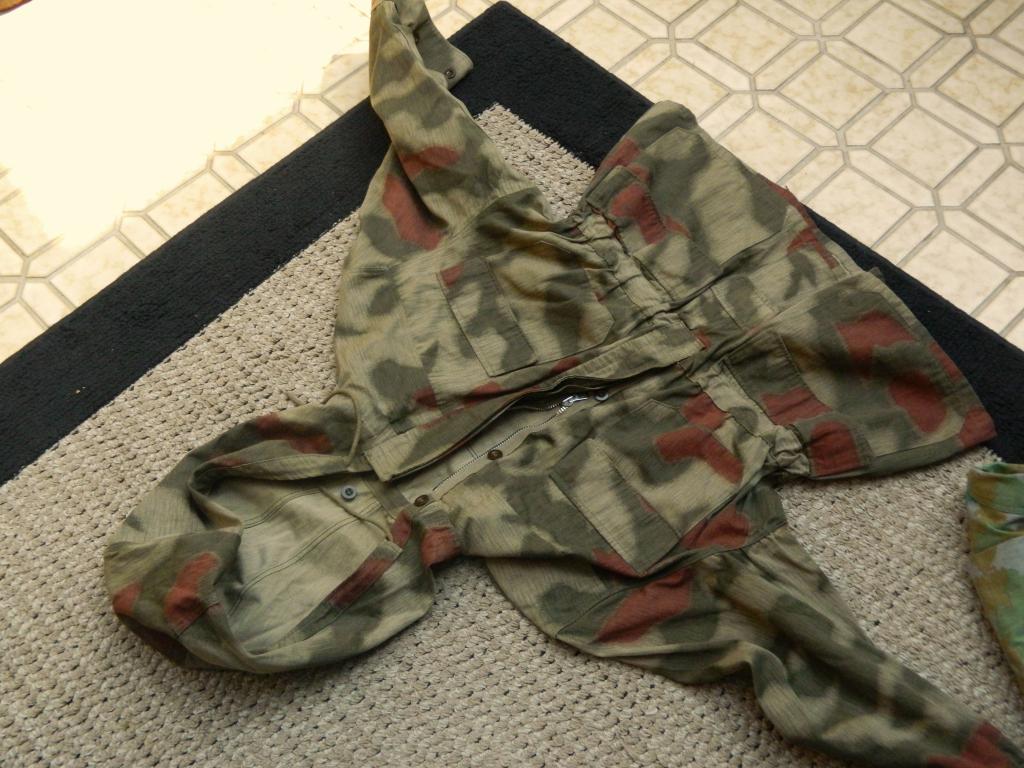 Nope, you don't have a "matching" smock. It's a lot better than that

What you have is a very nice condition 1950s smock, probably 1957 (I've still not seen the date pinned down). These smocks were apparently the first general issue for BGS and it was quickly replaced by a 4 pocket jacket.

The trousers seen above are Berlin Polizei. Although closely patterned after BGS cut and BGS Sumpftarn, it's different in both cut and print.

thanks Steve
i have seen one other smock andit was all cut up in back?
CollectinSteve

The smocks come up for sale fairly regularly over the course of a year. Often they are in bad shape, but there are a good number in excellent condition. I have two with 4 pockets and one with 2 pockets. I have never seen a picture or a collector who has a 2 pocket version other than me, so I unknowingly stumbled upon something 15 years ago when I acquired it in trade!

BGS items are often demilled. The most common things for the 1950/60s jackets is to cut off the D ring and loop on the back side. Often times the buttons are cut off, which sucks because they are unique and very hard to find. The 1960/70s jackets very often have the same problems but also large cuts on the back and very often the arm pocket is also sliced off. For the parka it's the same.

The trousers they very often have all buttons missing. Not only does this suck because they hard to find, but there is something like... from memory... 28 buttons in total. That really makes it hard to get the trousers back into shape.