Any ideas on this,strange thing to say the least. 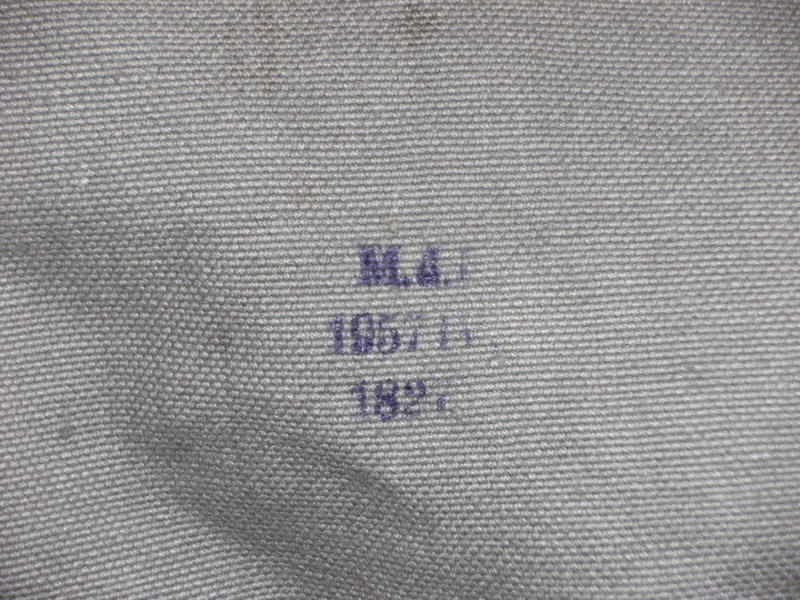 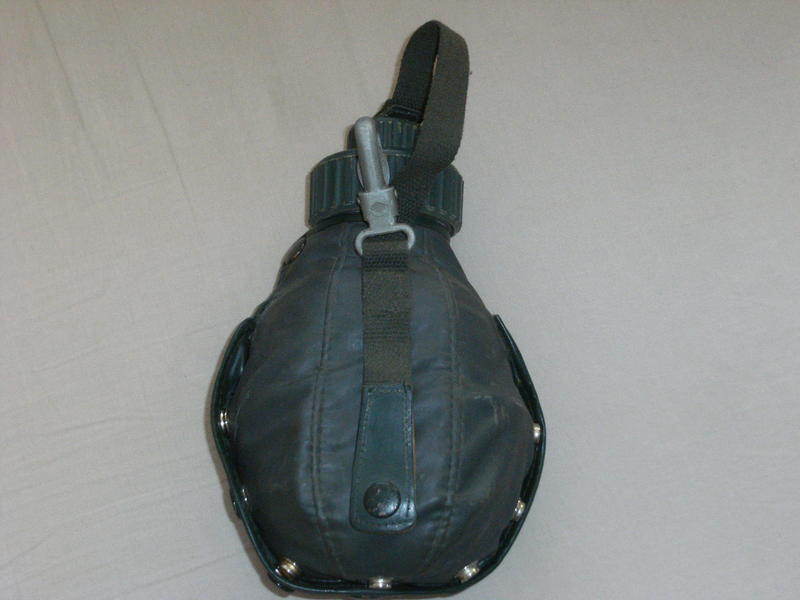 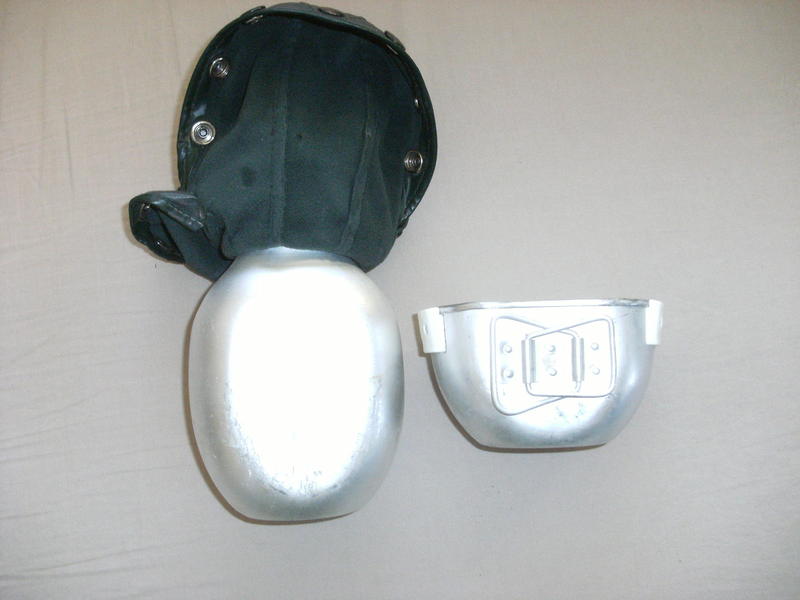 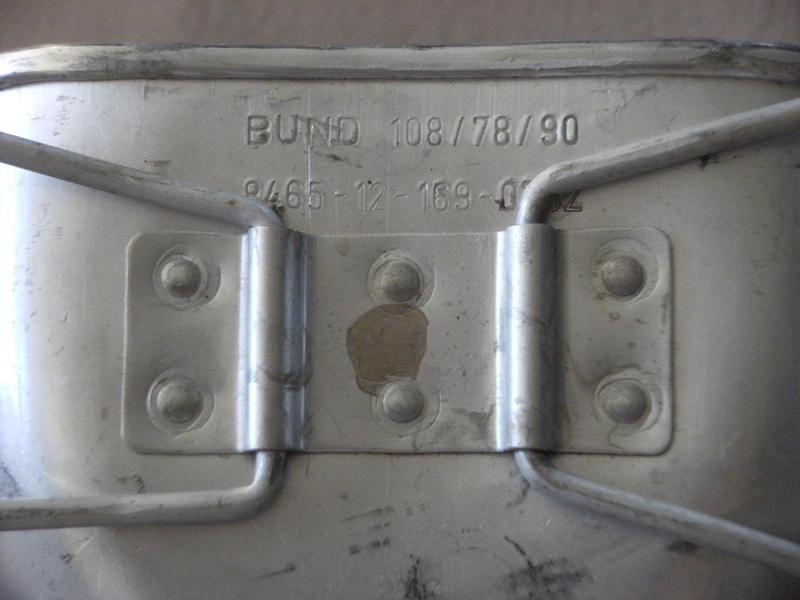 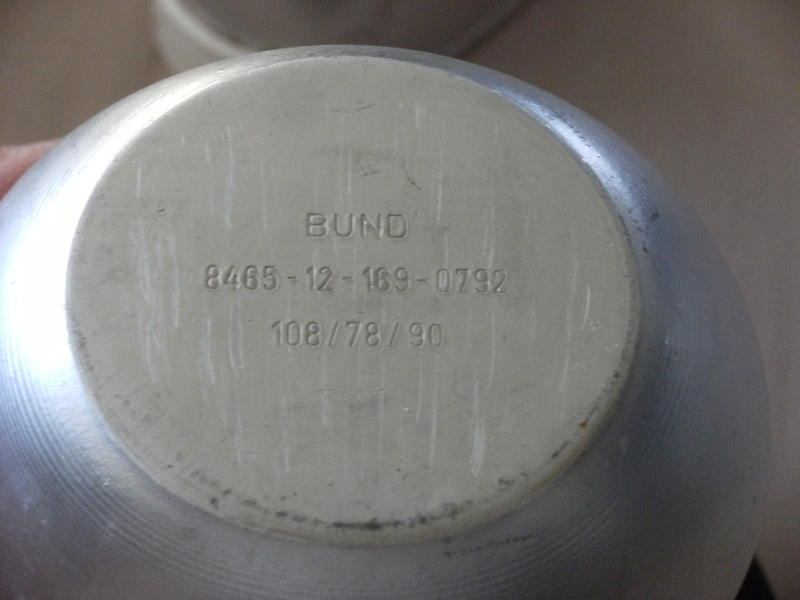 Its German, the 12 is the country code in the NSN system for Germany. Also Bund is the German word for Federal Government.
CollectinSteve

Oooo! Nice 1957 BGS canteen you have there! Generally the term BUND is found on BGS items, but it can also be found on other German equipment (Polizei, ZB/ZS, THW, etc.). The clincher for this is the color. The dark green color is unique to BGS canteens as far as I know.

I'm not sure I have one this old. If you're looking to move it along I'd like to be in the running for it. They are VERY common on Germany eBay. Cheap too. However, the sellers usually do not show stamps and the pics usually suck so it's a bit risky to buy one. Sellers also tend to call them BGS canteens even when they aren't.

They've been in the surplus stream for a few decades. I remember early in my collecting days finding places that had large amounts of these for sale.

Apologies in that the 1st pic is not of the weird canteen but of the stamp from an EG Bread Bag.

Heh... I thought that looked like a DDR stamp, but figured you found something on the inside of the cover. Well, everything I said remains the same except that the date of the canteen is unknown. It is possibly 1990. 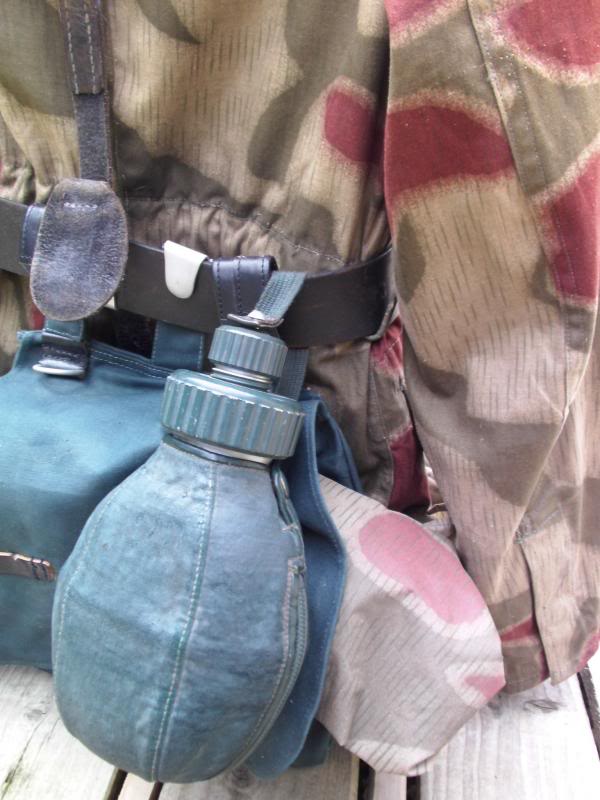 Yup! It's an interesting concept where you have the ability to empty/fill quickly by opening the large portion, or sip out of it by opening only the small portion. I think they figured out it was unnecessary, but only after making these things for a couple of decades. They come in roughly 4 colors:

There might be more, but this is what I'm familiar with. The designs are very similar, though not necessarily identical. The disaster service canteen covers are zippered instead of snapped, for example.

thanks steve ,i will have to dig out mine and check but im sure its just simply stamped BGS instead of bund
Gulf91

Typical over engineering,the cap weighs a ton and looks like it wouldnt be out of place on a fighter jet or something is so well made.
thunderchild

great guide to there issue steve and im enjoying the discussion ,richard i agree the two part cap is rather oversized ,more like a food flask

well i managed to find mine and take some pics ,unfortunately im unable to date it as it simple states BGS and thats as far as it goes ,it would be great to confirm the date of richards for certain ,im leaning towards 1990 too but need to  do further research to there longevity i also notice the leather holders loop clasp is maker stamped assmann 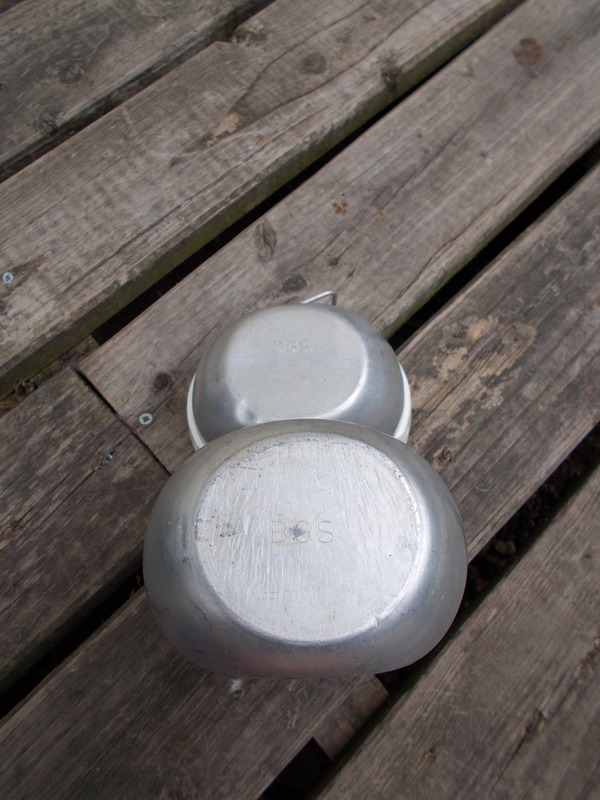 The markings on mine are almost like clothing sizes an dwonder if the 90 is indeed the date?
thunderchild

just re read over the thread and realised i missed steve's comment about the holder ,mine has a zip whilst i notice richards has the press studs ,very interesting and a detail i hadn't noticed before
Gulf91

There might be more, but this is what I'm familiar with. The designs are very similar, though not necessarily identical. The disaster service canteen covers are zippered instead of snapped, for example.


So am guessing that yours has had a new/replacement cover at some stage then James?
CollectinSteve

The confusing thing about BGS items is sometimes they are clearly marked BGS, sometimes just BUND, and sometimes neither! Maddening

I'll have to refresh my memory about the canteen cover design. Since the canteens had a nearly 40 year run I'm guessing there is some variety. Either for a period of time or by manufacturer.

i would say the cover is original ,im only basing this on the small cap seems integrated to the cover by a strap ,i cant remove it no matter how hard it try
CollectinSteve

Yup, I think it's likely all original. And I definitely agree this thing is way over engineered!

The answer to your question of "why" is pretty obvious... "because you can"

Looks like you have a 1974 bottle and a 1963 cup. It's not uncommon for the bits and pieces to be mixed up like that. In fact, I think some would say it's the normal situation to see.