I am fortunate to have some pieces from the 2011/2012 trials production of the Kampfbekleidung Einsatz/Uebung clothing system. Here's some documentation of them and a little bit of information.

This uniform system started its trials in 2011 and they continued through 2012. As with the current standard and "KSK" uniforms there are three types:

Both types of 5FTD are made from a ripstop fabric, 3FTD is smooth. All are fire resistant. The 5FTD Tropen material is identical to 3FTD Tropen except for the ripstop aspect and colors.

Based on production numbers it appears each soldier was issued:

In addition, the 3FT Tropen uniform was also produced for female soldiers. However, it appears they were not issued any Kampfjacke Lang.

These were bundled together for soldiers as follows:

Background out of the way... here are some pictures.

First impression of this uniform is it is a contractor's dream job. There are so many details on these things that the cost has got to be way up there. This is a big departure from Germany's existing straight forward standard uniform, but it is also significantly more complex than the KSK types. Though you can definitely see the trials uniform borrows heavily from the KSK designs.

The most important feature of the uniform is that the soldier can zip either the Kampjacke or the Kampjacke Lang to the trousers. This is achieved by a zipper with buttons that is attached to the jacket. The bottom portion of the zipper comes off, is buttoned to the trousers, and then zipped on. This in effect gives soldiers a "Kombi" (coverall) for conditions that would benefit from it, but can then wear them separately if desirable. This is similar to the existing Kradkombi except that the Kradkombi is supposed to be worn as one piece and only separated for functionality vs. comfort (e.g. going to the bathroom).

The buttons are slotted and affixed to straps so that they can be adjusted to fit a range of waist sizes. However, there is at least two (and I'm guessing 3) ranges and the trousers from one are not compatible with the other. The largest range has a 10 button design, the medium/large a 8 button design, and (I presume) the small type only 6 buttons. 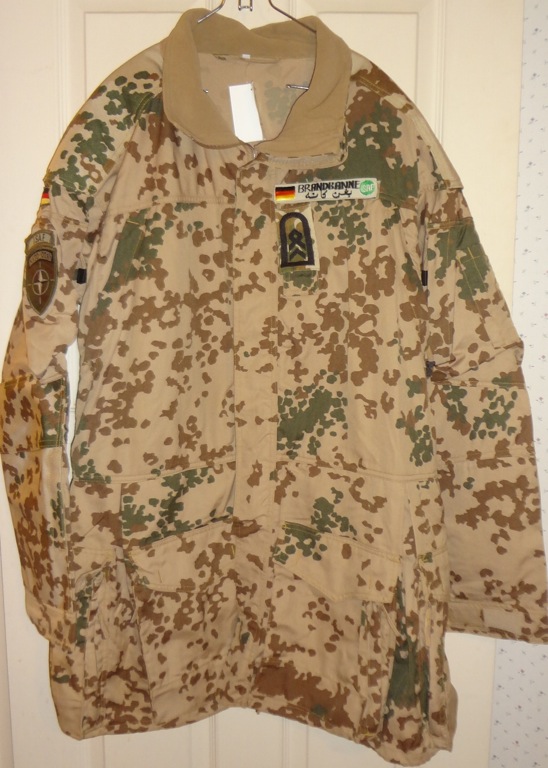 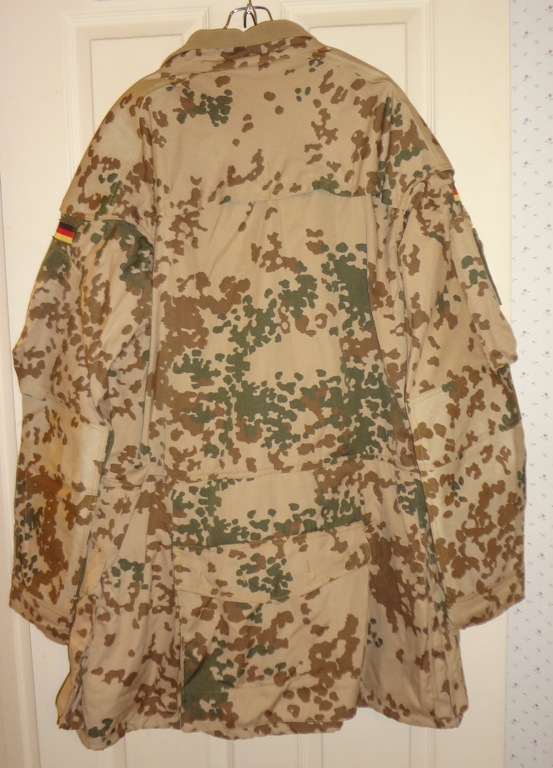 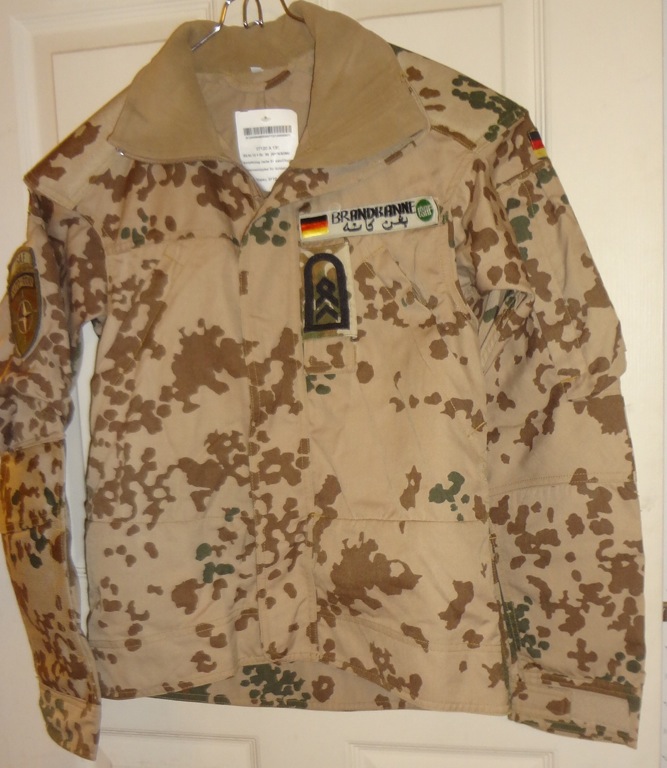 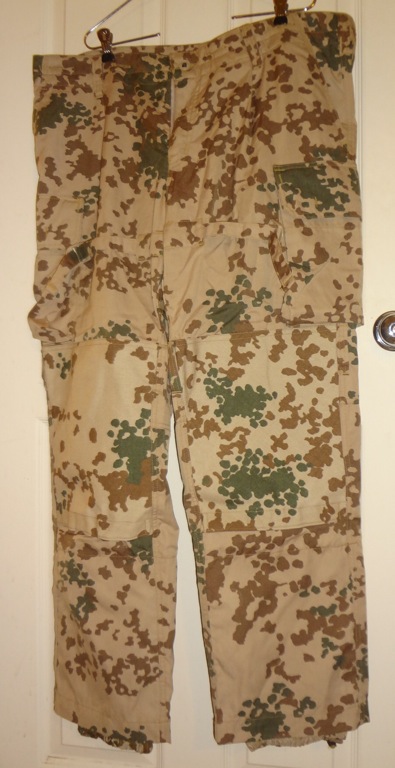 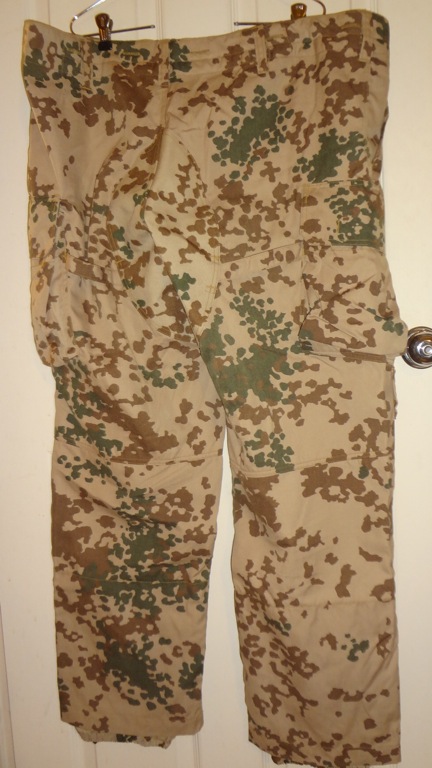 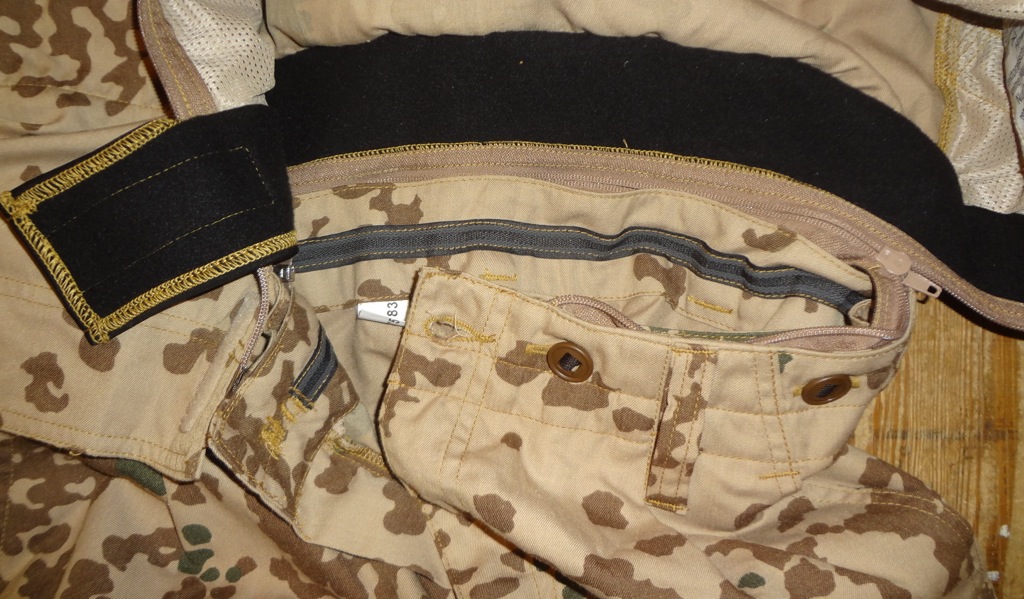