Apologies for the pics,am at my wits end with this camera and Photobucket-order of the photos taken are all jumbled up,pics upside down and will not allow me to rotate them.

Know nothing about these type of smocks so please forgive my ignorance.

2nd is in better condition than the pics show and colours are much brighter.

I had one of the second type many many years and wore it as a WW2 ish British Denison smock and remember vividly that the pop studs to secure the flap were on the outside,in that the tail was secured on the outside and not inside the smock. On this one the flap is secured on the inside but am wondering as the wrist adjusters have been removed,wonder if somebody has tried to make this one look more like a WW2 British smock for renactment many years ago and on the subject of the flap,on the first one there are no studs to secure the flap and no holes/evidence that there ever were any? 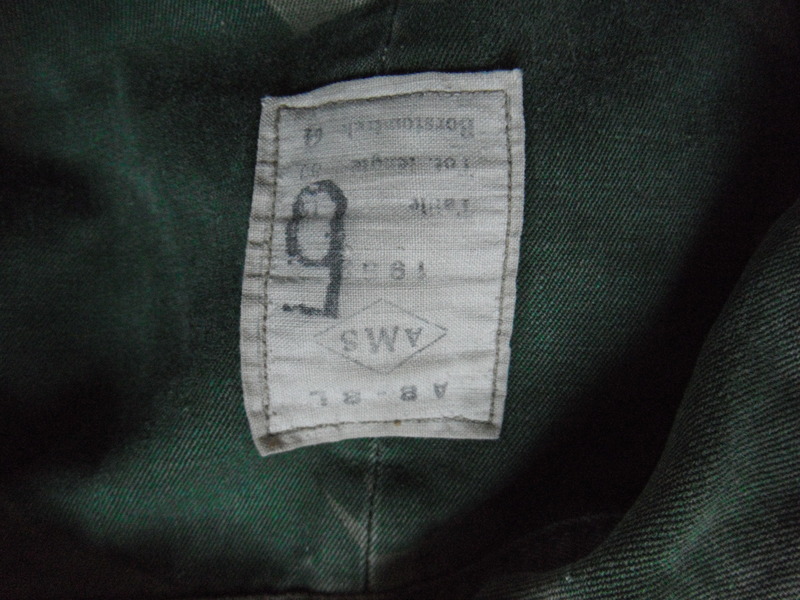 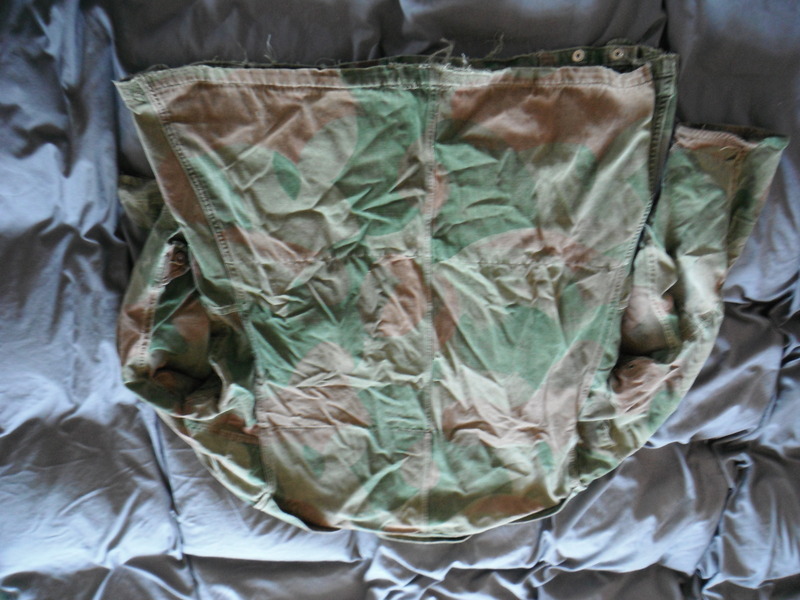 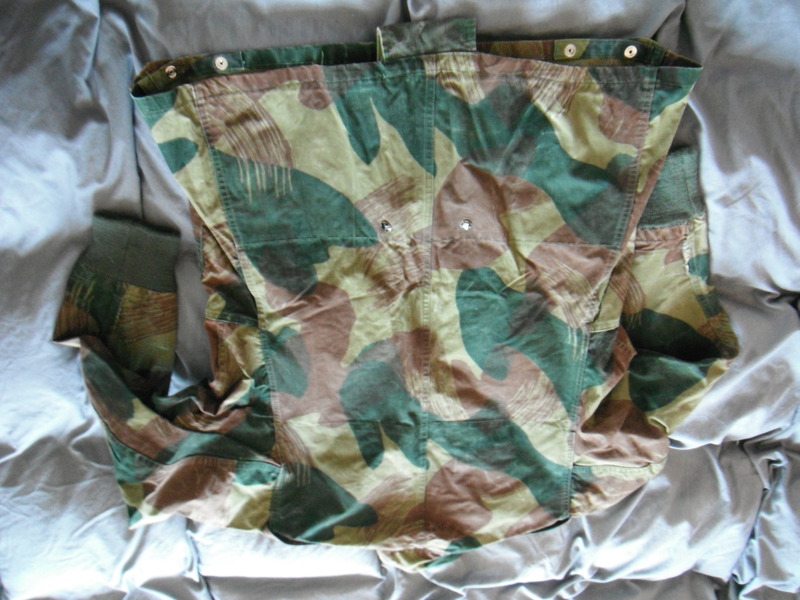 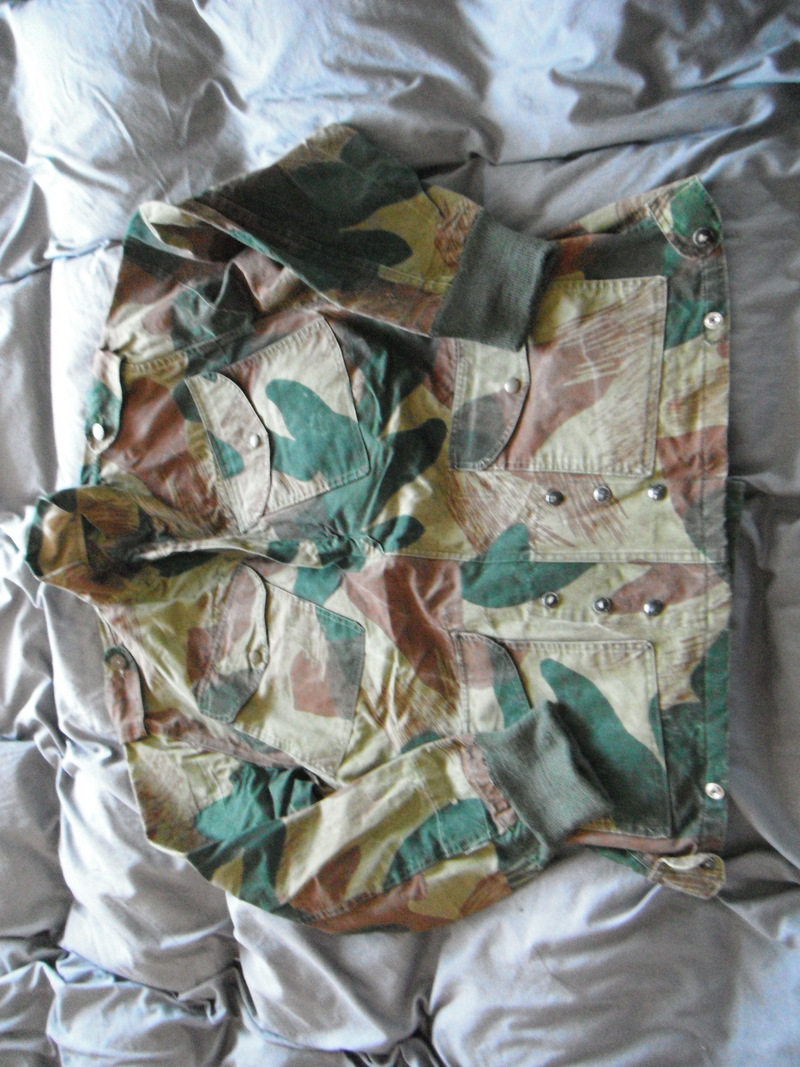 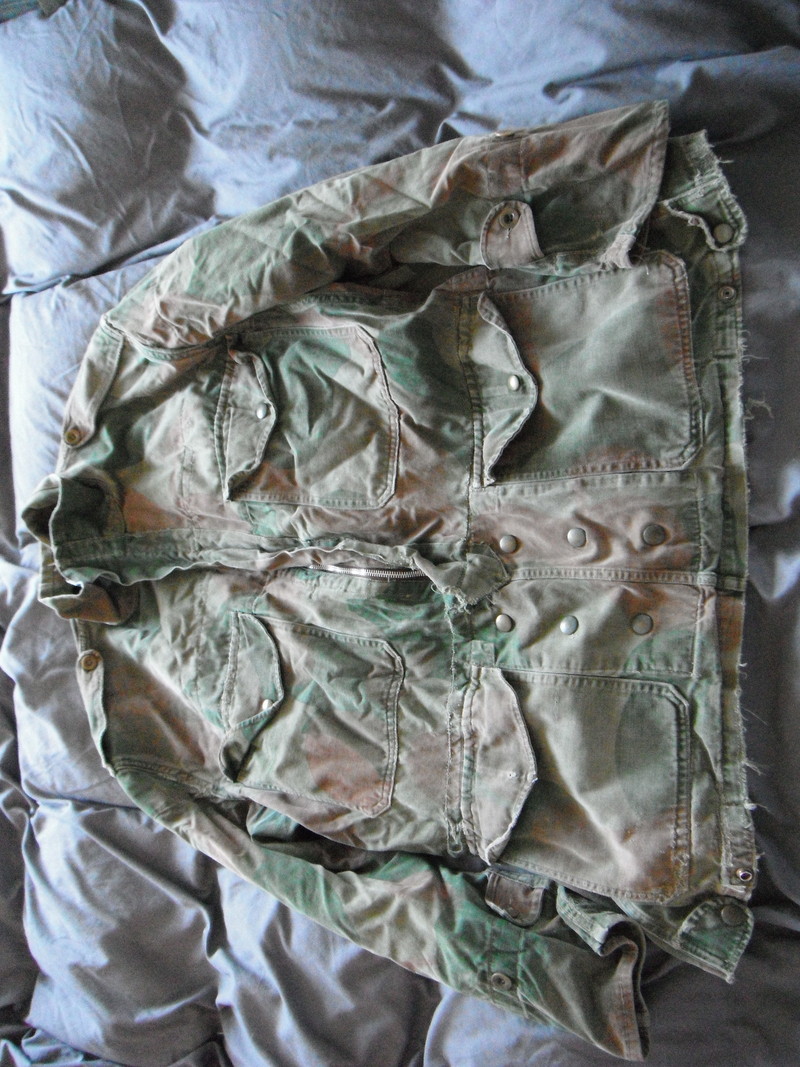 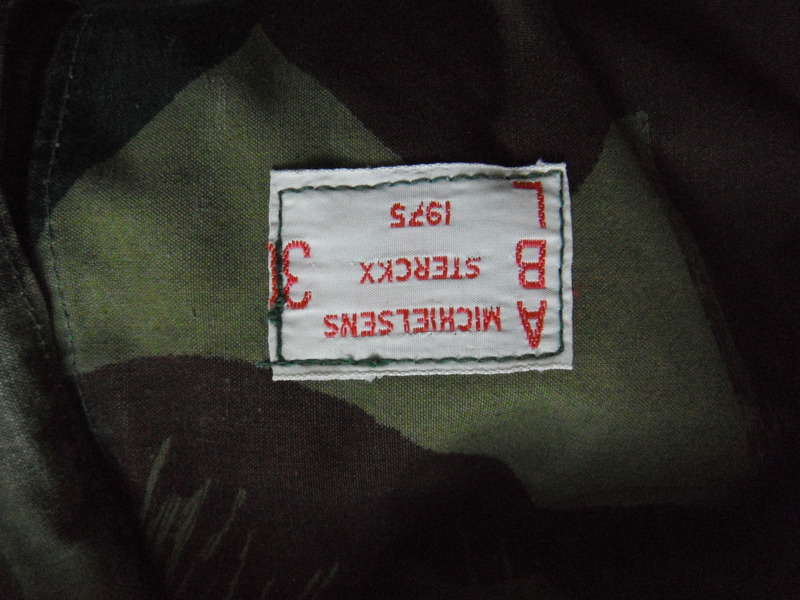 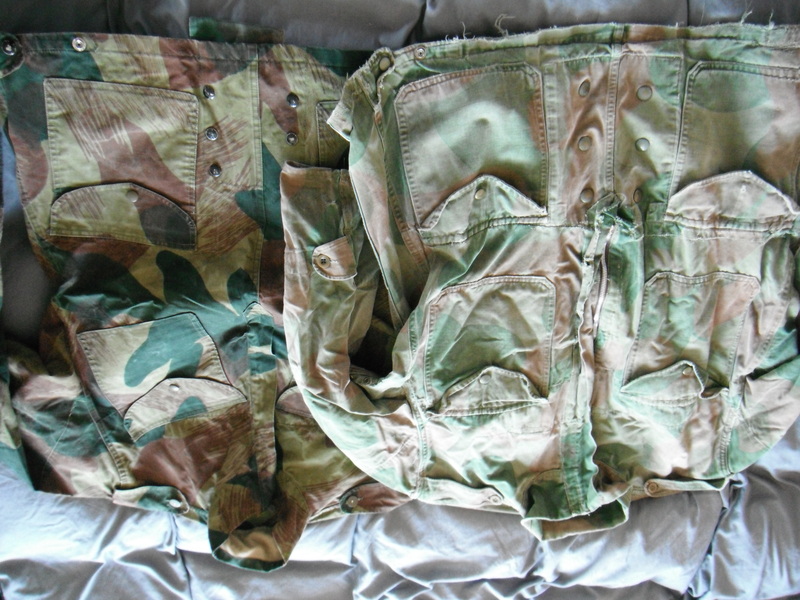