Couple of things I managed to pick up, both brand new.

A summer long-sleeve M1990 shirt and a winter M43 cap.
Shirt is dated 2002, ripstop with a felt badge and nice shield shaped flag patch.
The cap has a quilted interior and ties on the inner crown to "pinch" the top, however I'm not sure exactly how.
Very nice uniform though. 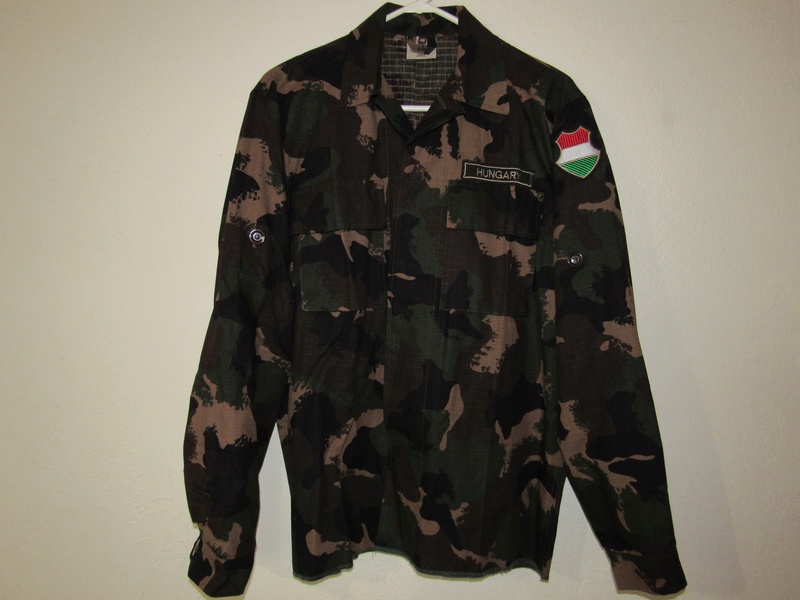 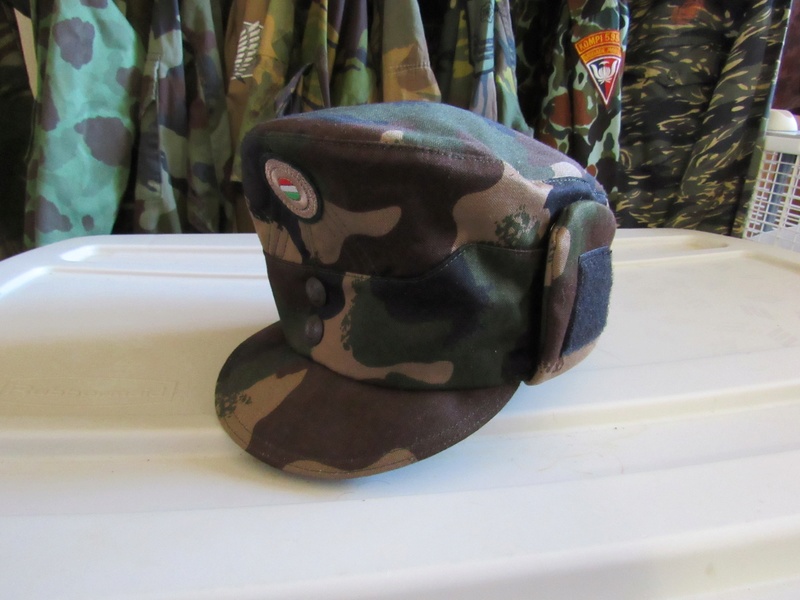 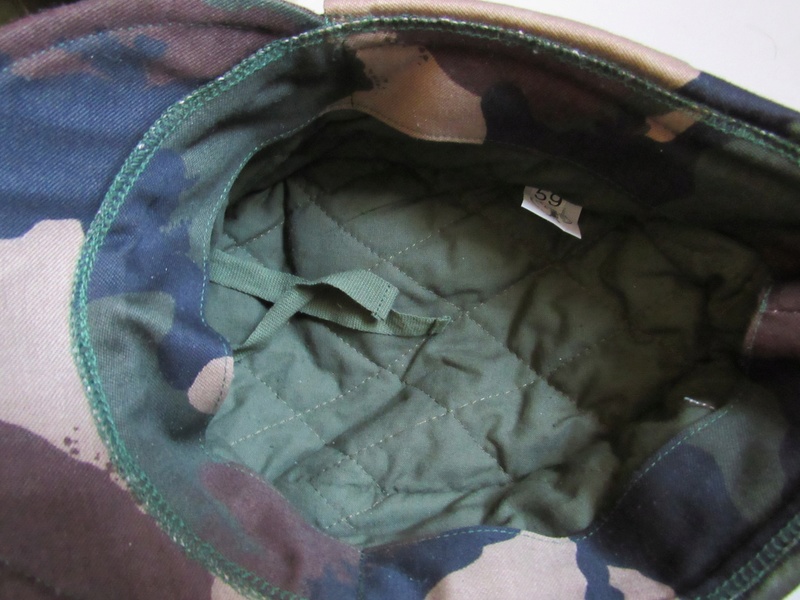 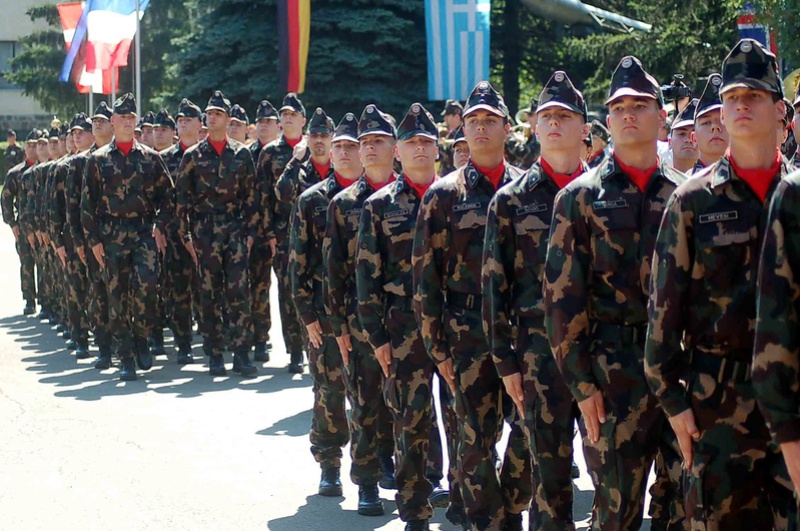 I know it has been a while since you posted, still a nice catch there TennoHeikaNate. I like this camo a lot ... thanks for sharing.
TennoHeikaNate

Thanks Alex, I'll try to add more as I find them. It is a nice pattern indeed! 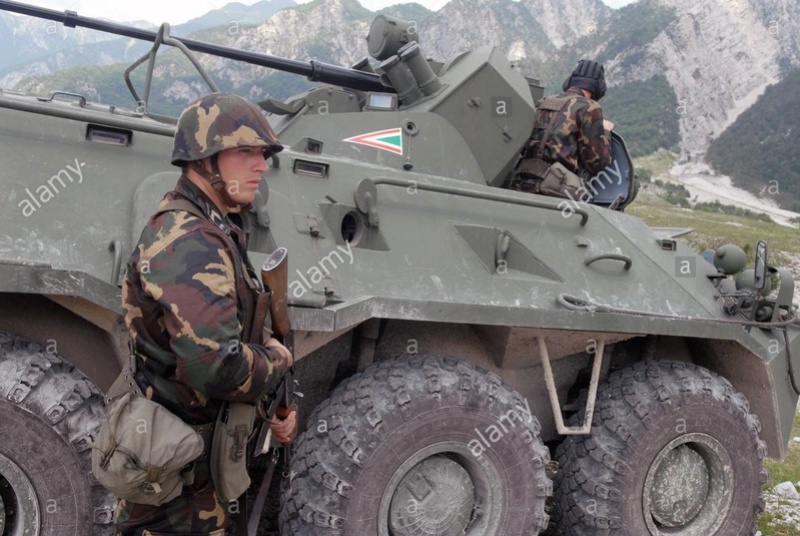 I am partial to it as well

Note that the ripstop uniform is known as 2000M.  It is intended for warm weather deployments.  The 90M (non-ripstop) is still the standard uniform.

The ties are unique, aren't they?  When used they slightly pinch the sides around the bullseye badge, which I guess makes it stand out better.  From what I can tell soldiers don't tie it too tight, just a little bit. IIRC all Hungarian caps like this, going back into the Communist days, have the ties.

Nice picture again TennoHeikaNate ... what a beautiful combination the BTR 82A and this cool camo ... @Steve thanks for the info about them ties, I didn't know this ...
ripcord

This is a pattern that had avoided me for some time..

No cap, but the uniform is very nice.  Not so sure I want a cap with this uniform.. 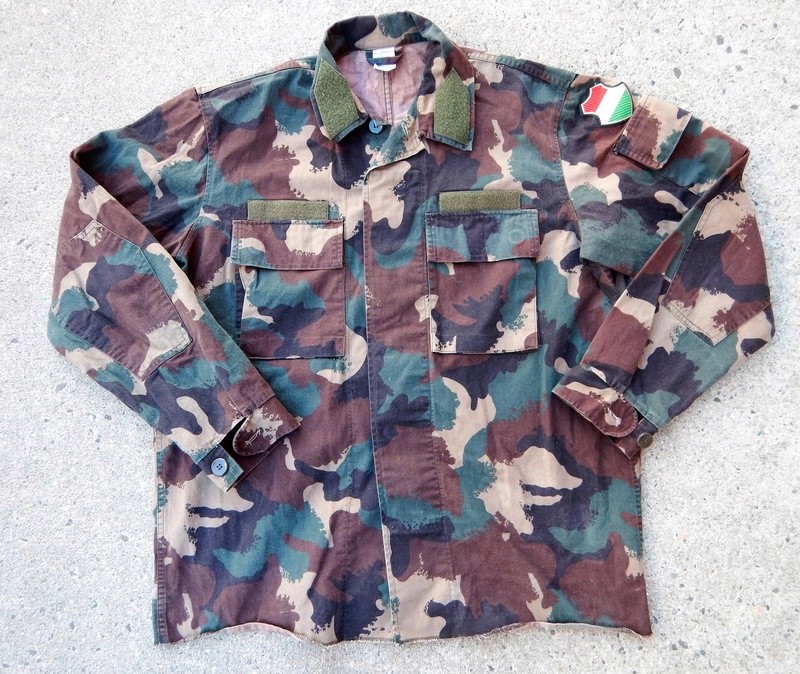 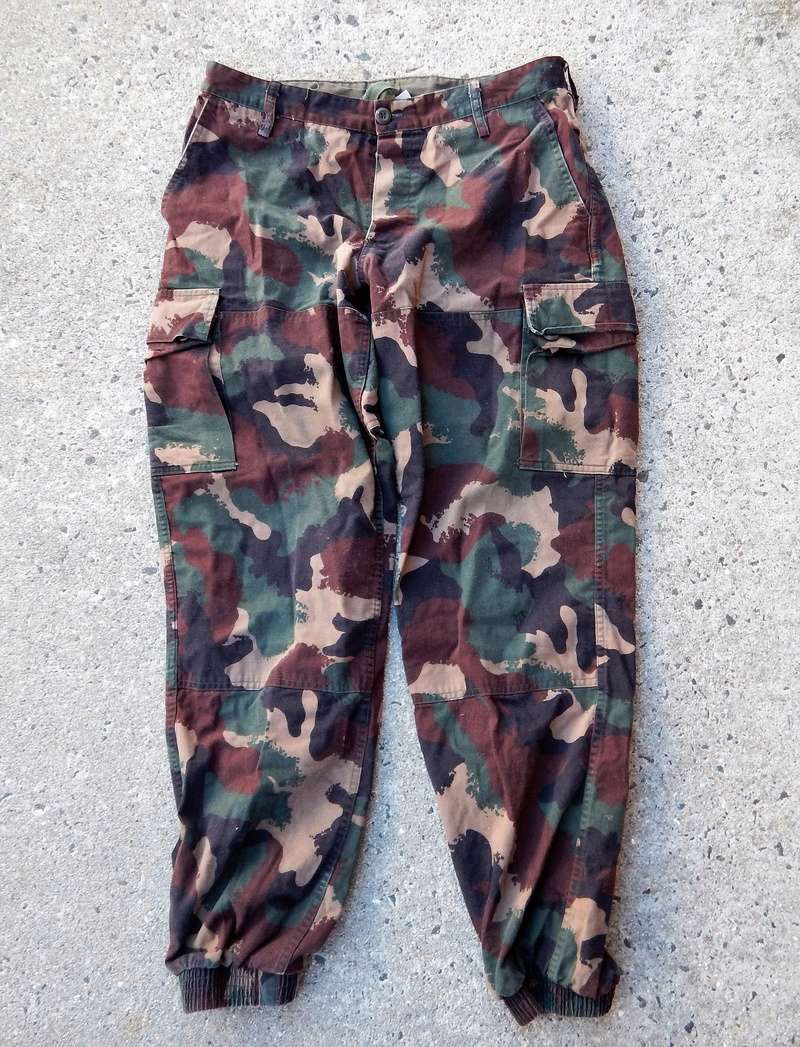 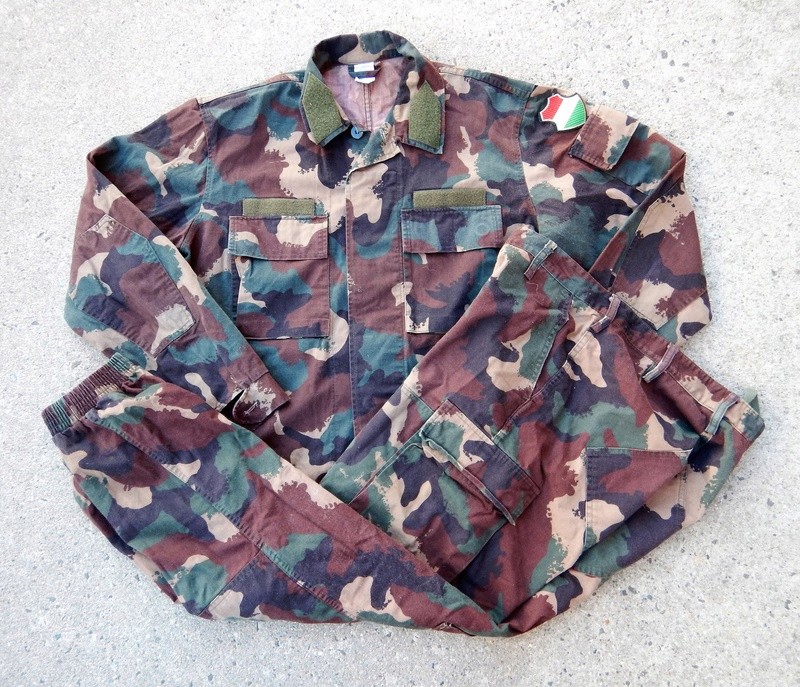 Nice set there rip! Yours looks like a heavier one than mine.
The caps are... interesting to say the least but I think they are still pretty cool!

There's a bunch of different cuts and weights of it out there still and I've hardly seen any of them for sale. 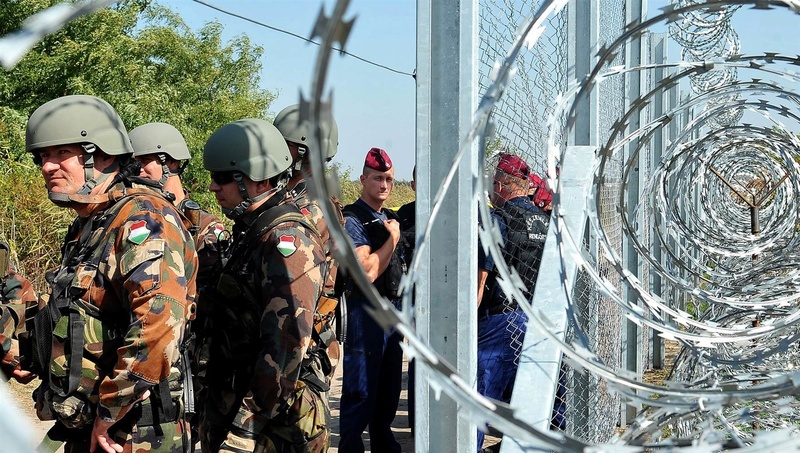 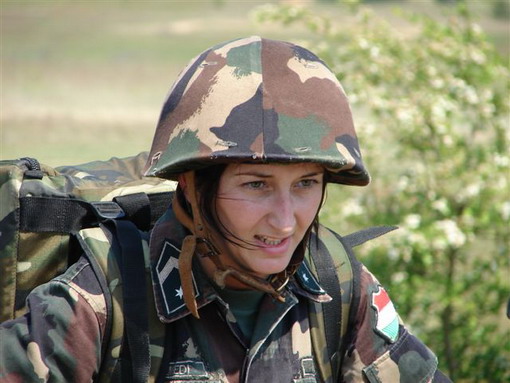 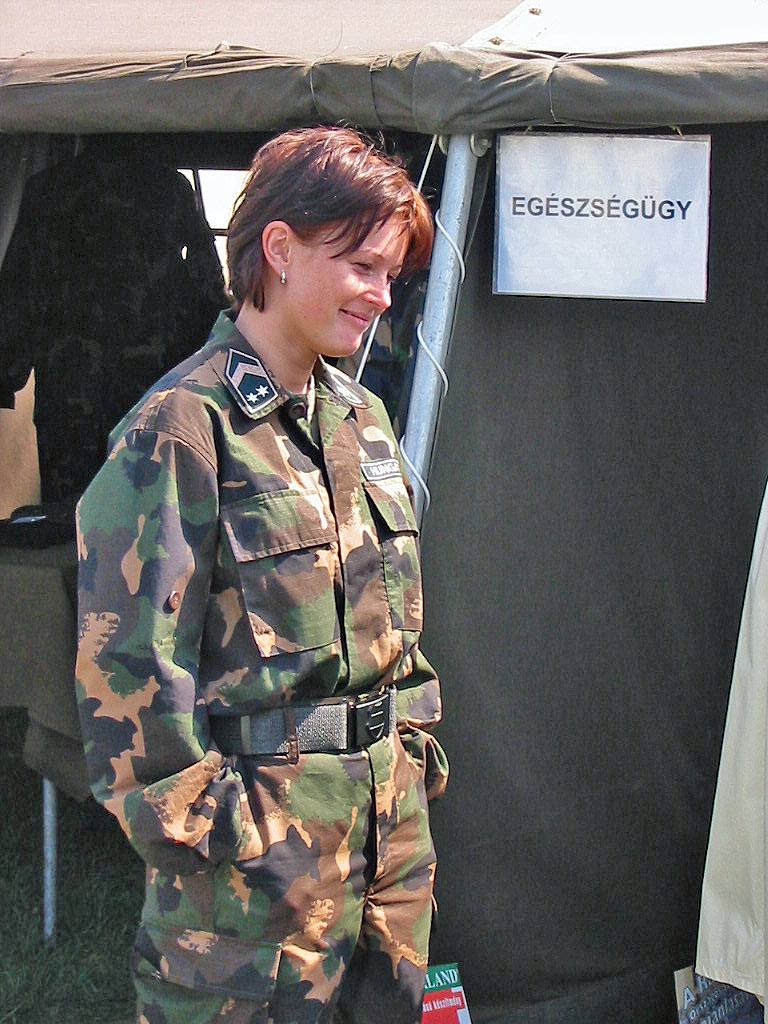 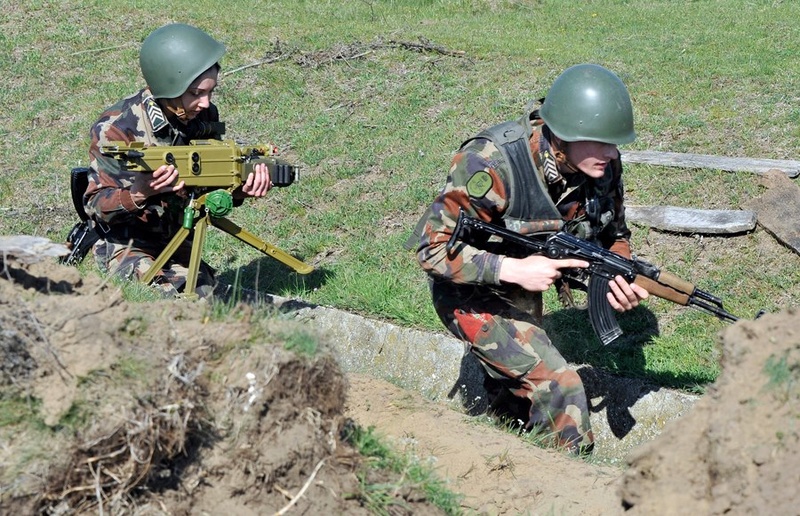 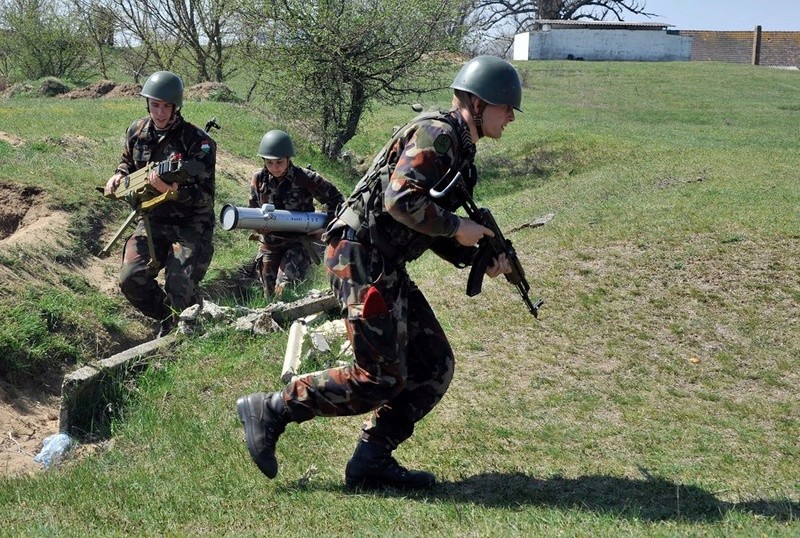 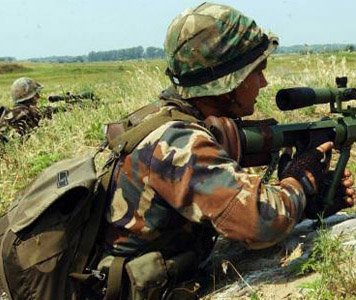 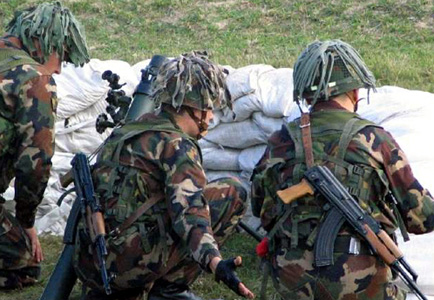 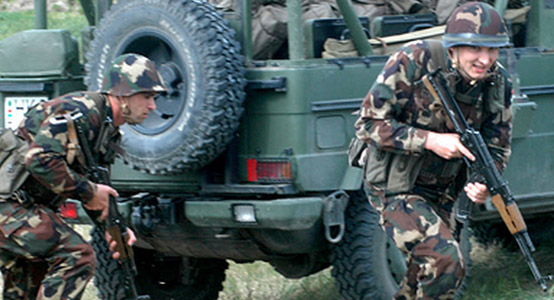 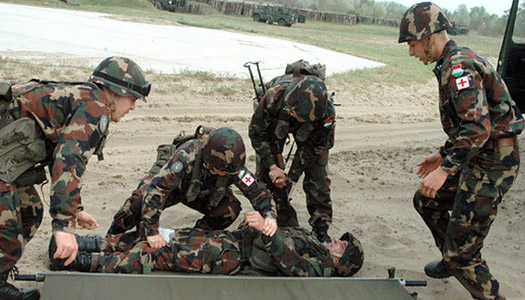 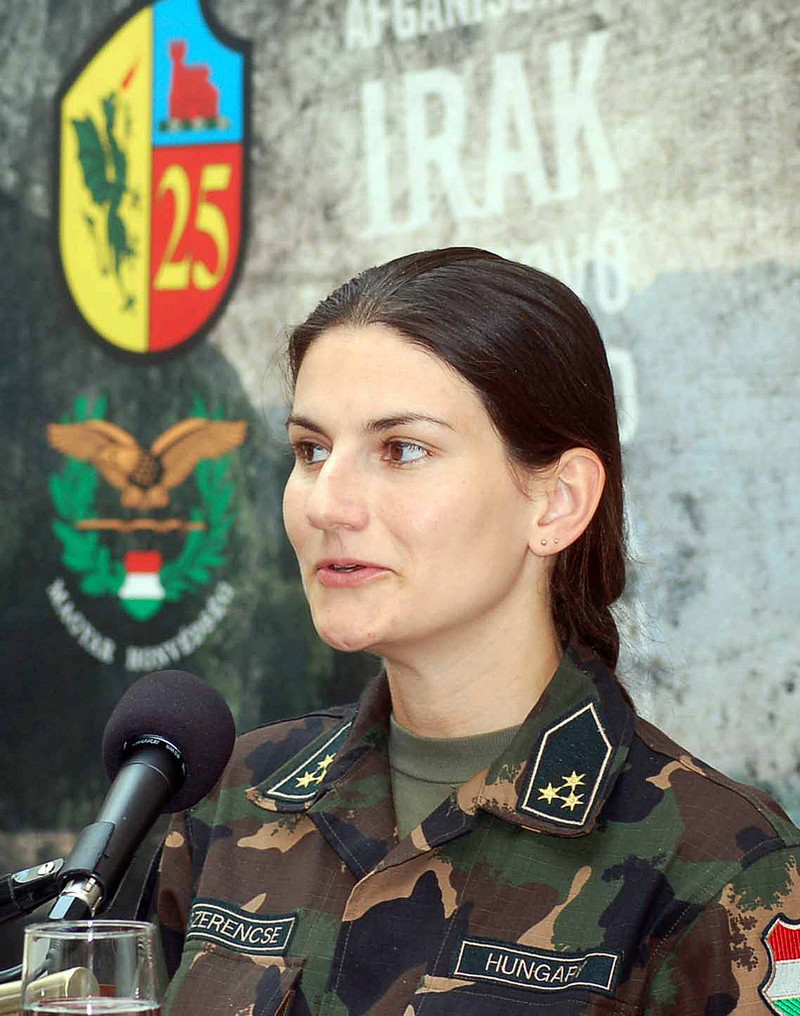 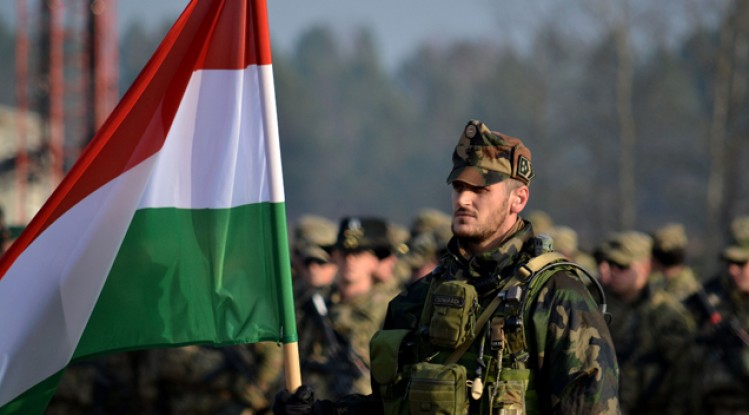 It  is an interesting pattern, and as you said, made in several cuts and materials.

The first photo of the previous post shows contrast between  heavier type and ripstop types.

Have noticed that the heavier type has a small shoulder pocket, while the ripstop type do not. Also elbow, seat and knee reinforcement panels are evident on the heavier types.

Ripstop shirts have a system that allows sleeves to be bloused in place with a button; commonly used on some  European uniforms.

Thanks, Sportsman Guide had some Hungarian uniforms, I got my winter cap and summer shirt from them.
Not sure if they still do, but they had a "Winter" uniform with a coat that had a quilted liner and hand warmer pockets and trousers that had beefy, permanent suspenders and were quilted lined as well.
CollectinSteve

There's a bunch of different uniforms, for sure!  Looking at one of my uniforms tonight I was mistaken about the 90M still being the designation for the current uniforms.  Also forgot that the long sleeve ripstop is 2004M. See below:

Airforce Groundcrew
93M Early - 100% Cotton, shoulder straps, zipper front, no metal, no buttons (same as Communist era uniform)
93M Late - same as above, no shoulder straps and more velcro for front closure.  Does not appear to have been redesignated

So there you go!

Wow, thanks Steve! That was very inclusive, I had no idea there were that many variants.
I passed up some 3 color shorts awhile back, I think they were 2003M Summer judging by your list there.

There's an armor version too with zippered pockets, looks like a coverall but I haven't seen it outside of photos. 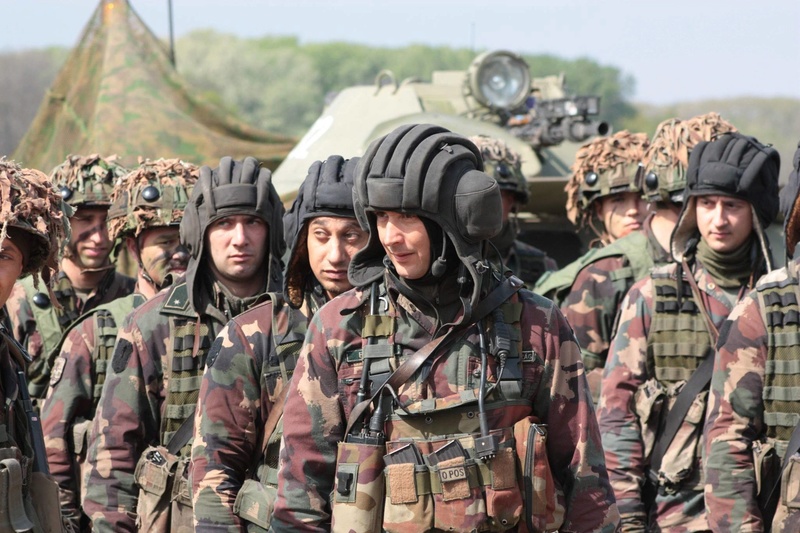 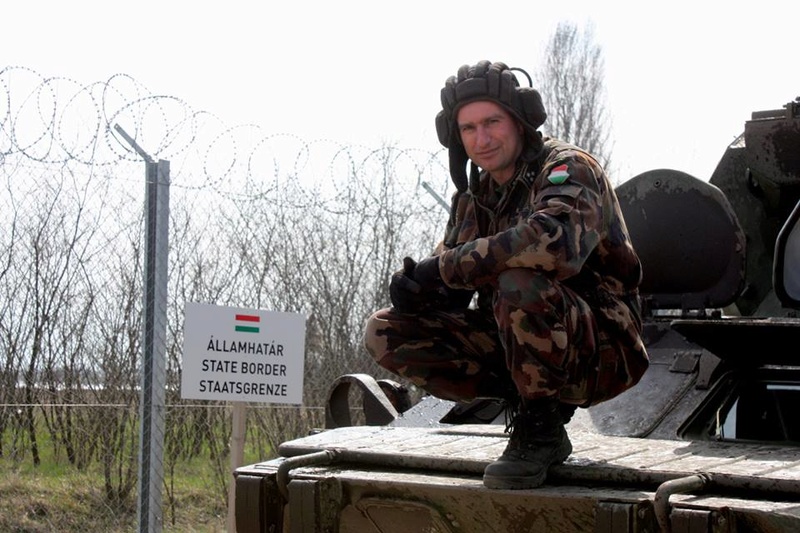 I still don't get it why nothing from this stuff pops up in Austria.....Especially because we share borders with Hungary.
CollectinSteve

TennoHeikaNate wrote:
Wow, thanks Steve! That was very inclusive, I had no idea there were that many variants.
I passed up some 3 color shorts awhile back, I think they were 2003M Summer judging by your list there.

If it is in the US 3 color desert pattern, then that is what they are. Though I am unaware of any shorts in either pattern. You might find yours are trousers that were cut down to shorts.


There's an armor version too with zippered pockets, looks like a coverall but I haven't seen it outside of photos

Hmm. I am unaware of a special version for armored troops at all. If you look at your pictures only the first guy on the left has zippers. The second one on the right has a snap that I can see. The zipper and snap are consistent with the airborne uniform, so my guess is that is what they are wearing. The other guys, including the one in the second picture, appear to be wearing standard uniforms.