Picked this up yesterday, does anyone have any more info on it, as to who used them, if they were used at all.
A Dutch museum seems to have one in black which they say was an orientation model for Dutch trials but wasn't adopted.

It has steel plating all over, the main plates not overlapping, but instead a long angled part is inserted in narrow pockets
over the gaps.

It's missing one of the angled front plates as the one shown out of the vest, instead there's an extra groinflap with plate inserted
in it's pocket, fitting there quite well, but I'd rather find the right plate for it sometime.

While being marked as a small size, I can still wear it, though the belt can just be fastened. I'm 182cm, 106kg, so I'm not sure how
big a large size vest would even be, maybe they just switch out the belt. 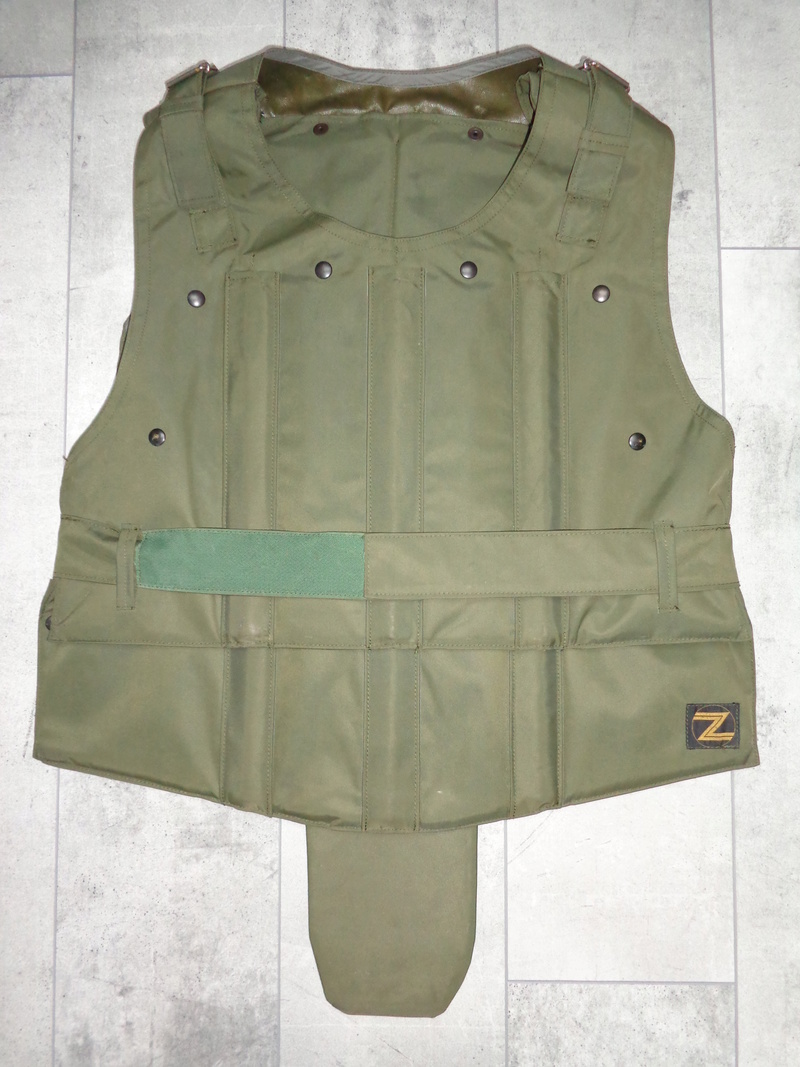 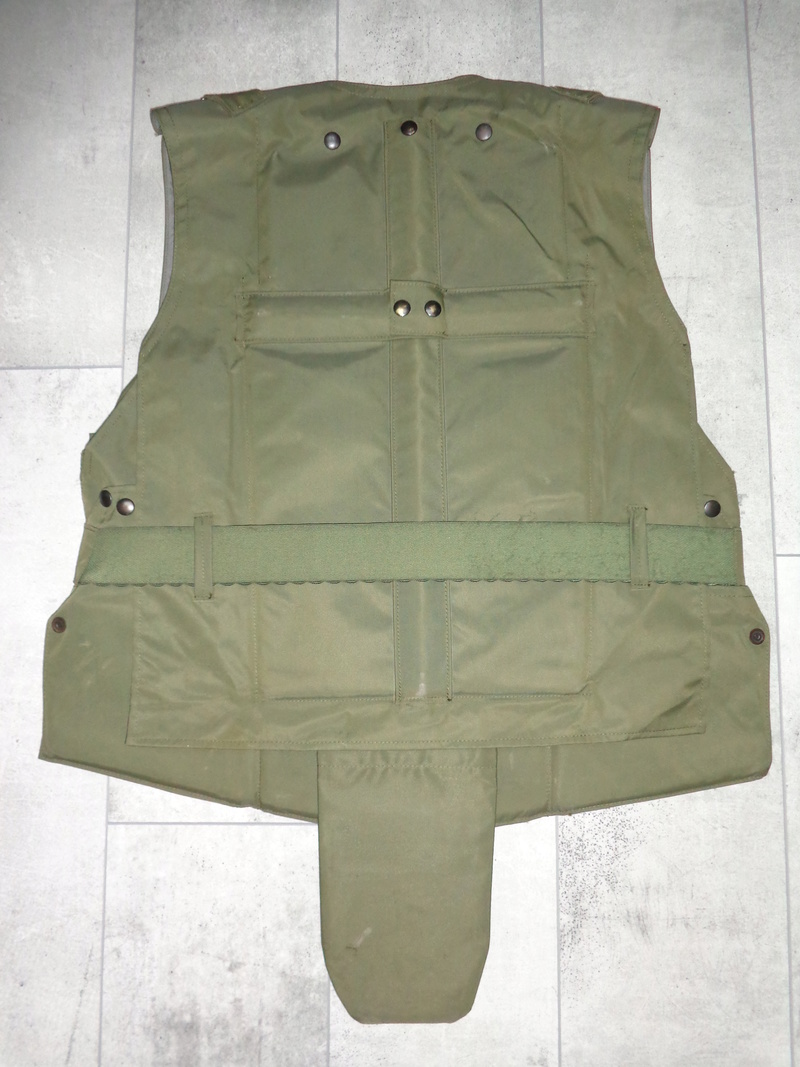 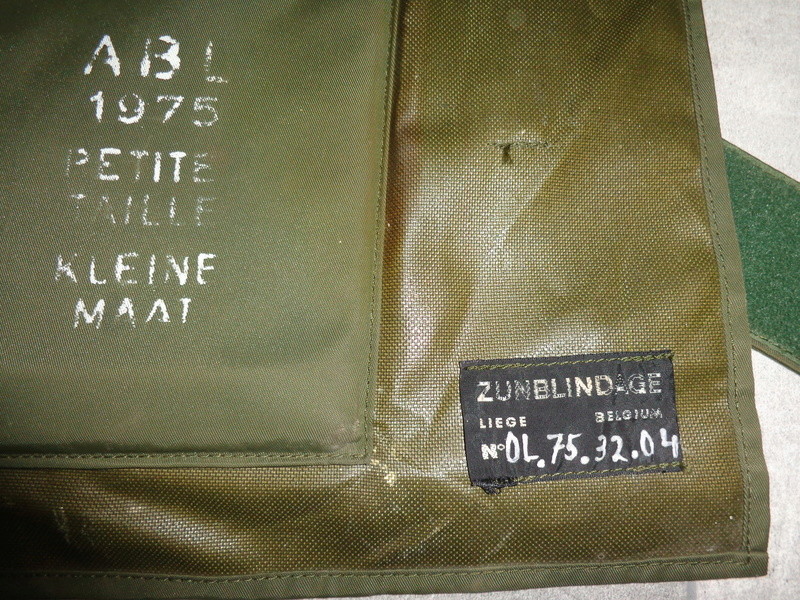 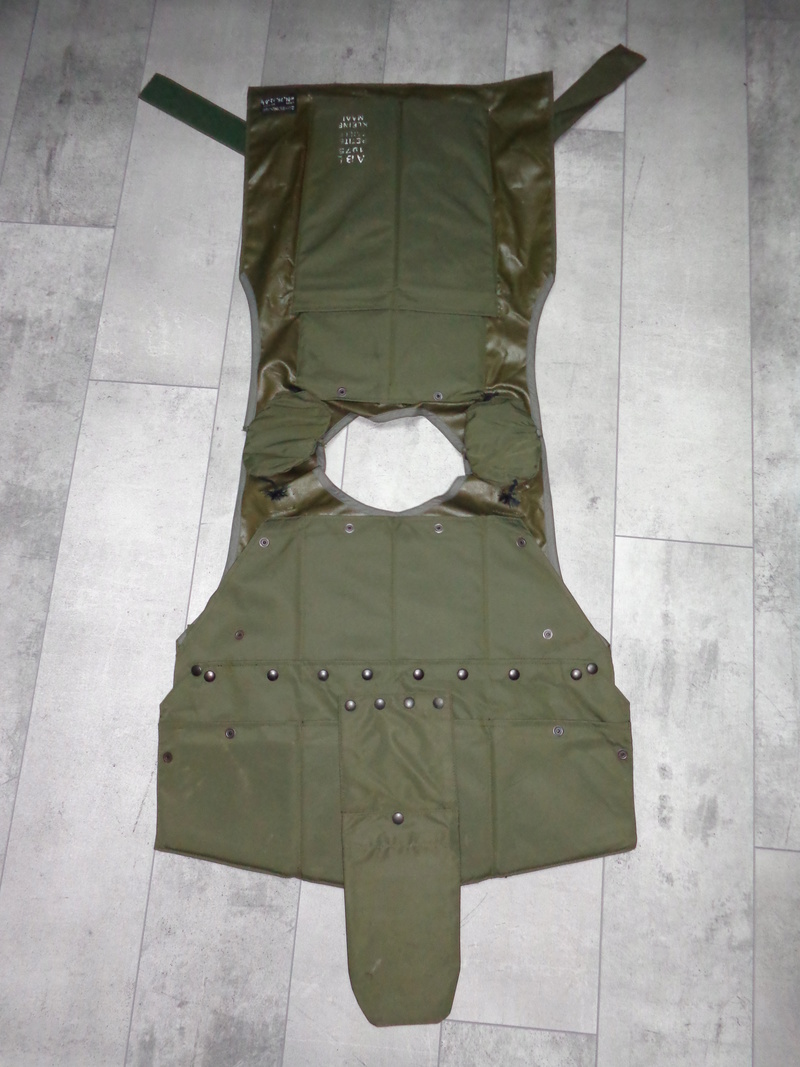 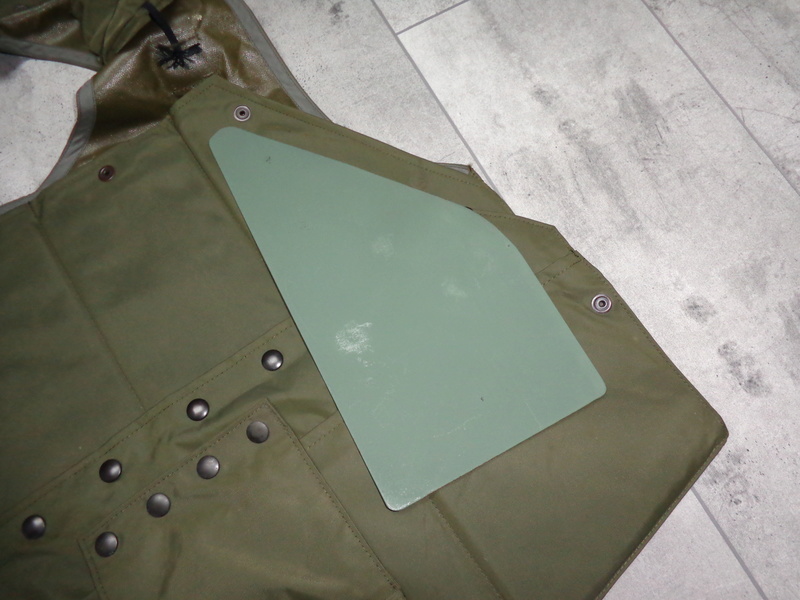 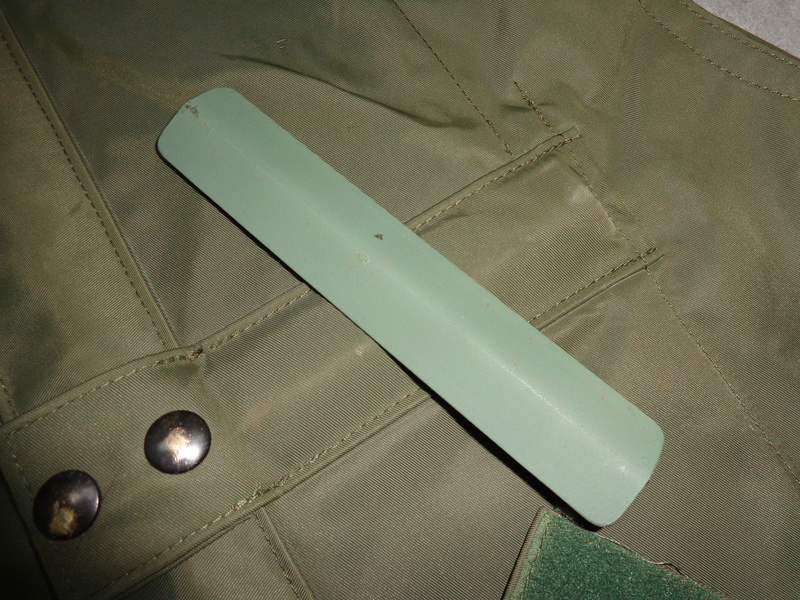 A similar design to the early Russian body armor? Not bad for catching light shrapnel I suppose, but probably not good against bullets. Must have been very uncomfortable to wear, however if I was a sapper in 1975 I probably wouldn't complain too much!

Yeah it's not a very practical armor, moving with it is pretty shitty since it doesn't fold or bend, and most of the weight is in the front so it sags quite a bit.
But well, at that time there still weren't a whole lot of armors in European armies at all
CollectinSteve

Yup, steel was the only thing around for a while. And even when Kevlar came into use it was only good for light fragmentation, nothing more. I'm wondering if this vest was designed for sappers because by 1975 I thought pretty much no NATO force used steel in standard issue frag vests.