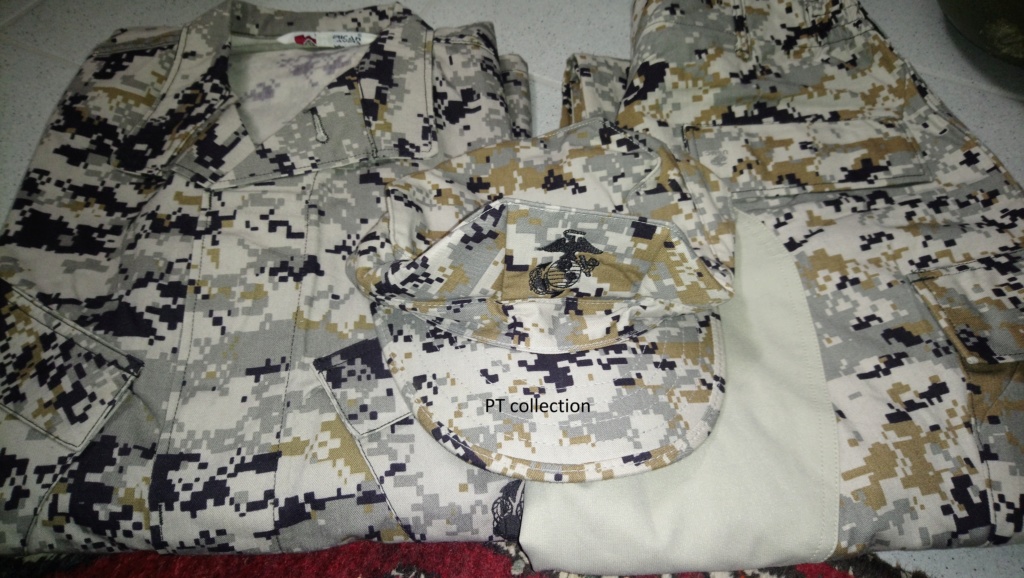 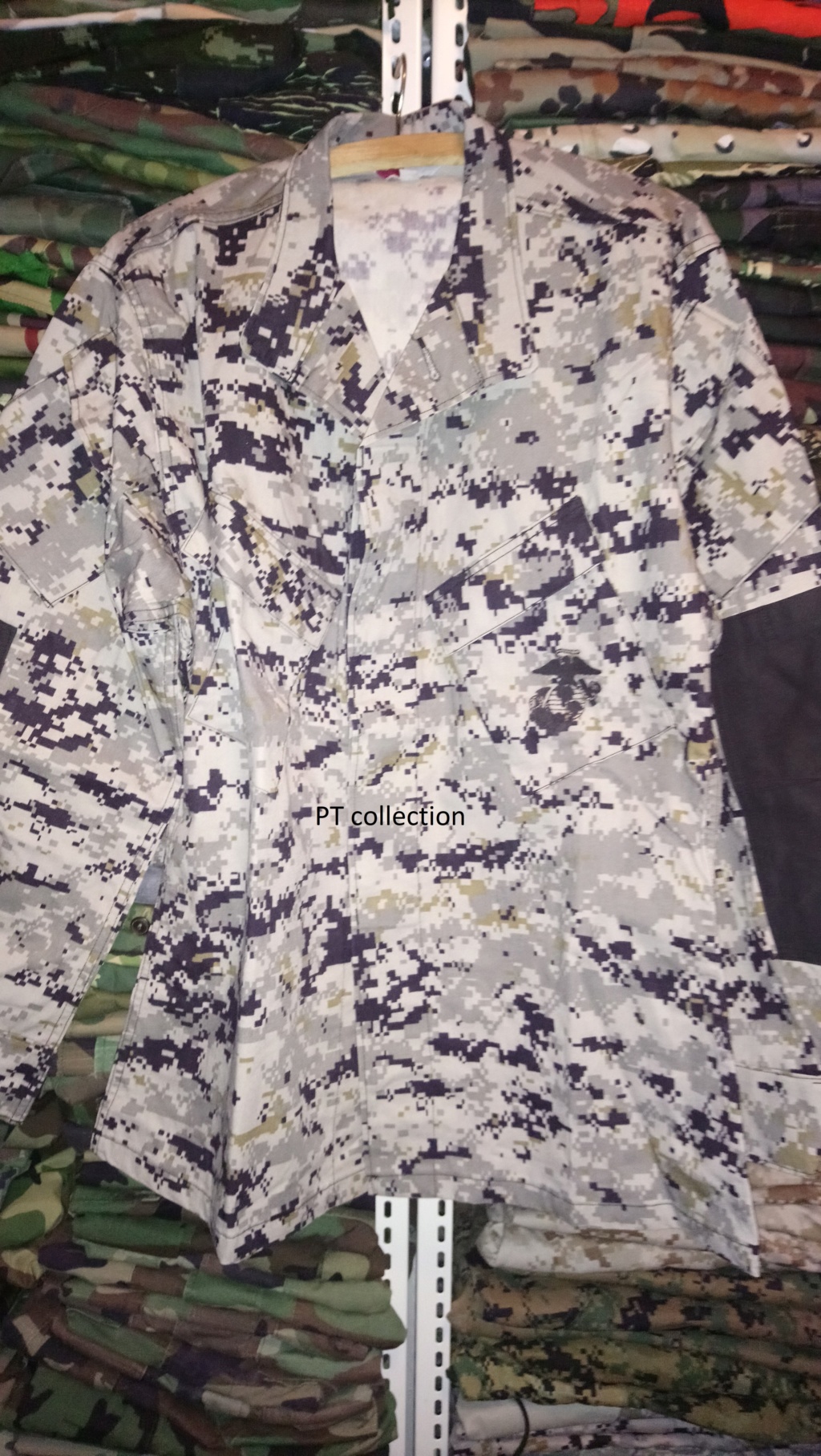 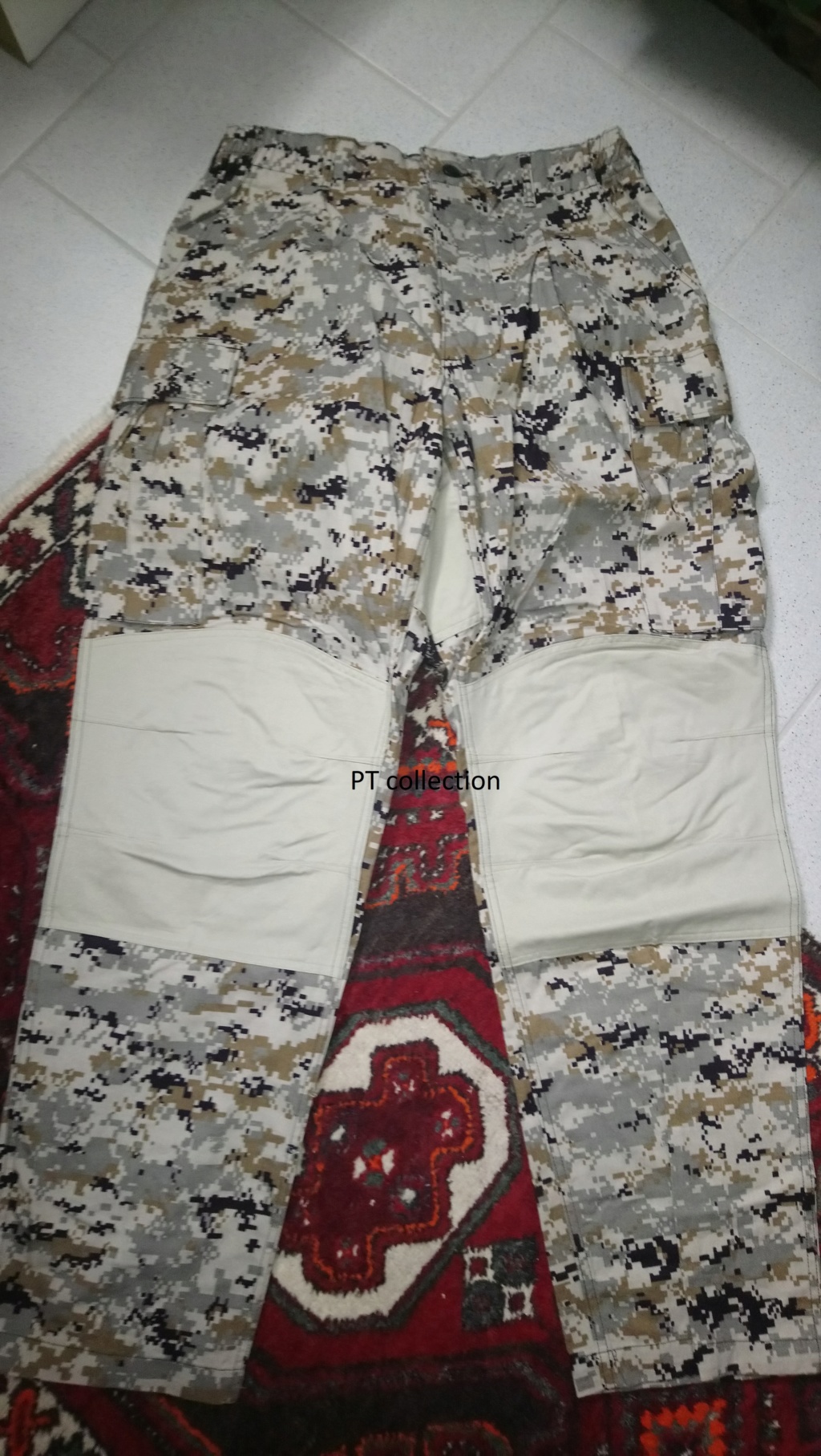 It's funny how difficult it is to find these commercial sets. You'd think that if someone went through the bother to produce the cloth and pattern that they'd knock them out by the thousands. Yet for some 15+ years they've been very difficult to obtain.

I really wish they made this stuff for real. But if they did it would probably be as impossible to find as the experimental desert. There's a guy trying to sell trousers for about a year. IIRC started at $1000 and is now down to something like $600.

Ah, I thought you were posting because you just got it.

Hmmm... so you believe this to be the real deal? Up until now I didn't think anybody could prove any uniforms were made in the Urban pattern. Proven commercial stuff with USMC logos in the cloth? Yes, but something that is genuine? Not that I can remember.

What can you tell us about it? Can you post more pictures? In particular the arm and leg pocket construction. There were similarities between the early prototypes (1st, 2nd, and 3rd) that were distinctly different from the production design.

No no, I just got a little lazy with taking photos or posting them, haha.

Yes, it has the Amercian Player tags, just like experimental desert ones.
The cut is pretty much the same as standard MCCUUs as far as I remember. I will post some additional pictures in the future as my entire collection is in my parent´s basement.

If this is the real deal, then it's the first ever evidence that one was even made.  Which would make this probably the rarest of rare USMC items that exists.  Which automatically makes me a little cautious before I congratulate you

That said, the American Player tags are a very good sign.

Another thing going for you is we know of at least 5 experimental uniforms that are pretty much impossible to find.  The 1st Pattern desert, oddly enough, being the "easiest".  The Tiger Stripe is probably the rarest.  I don't think I've ever seen one.  Then there's the three Woodland types with removable sleeves.  I have one of the three and have some pictures of the other two from single examples someone has.

My point is, we know these other prototypes existed and yet only just barely. I'm surprised there isn't a confirmed picture of the Marines using the Urban one, even if only for a single photo opportunity (like Tiger Stripe, IIRC).