Finally acquired an M91 pattern winter coat.
Source informs me that they are actually called M95.
There is a triangular reflector sown to front and back of coat.
Inside pocket and hidden hood are made of ripstop material.
Photo # 4 courtesy of Merkuurilamp. 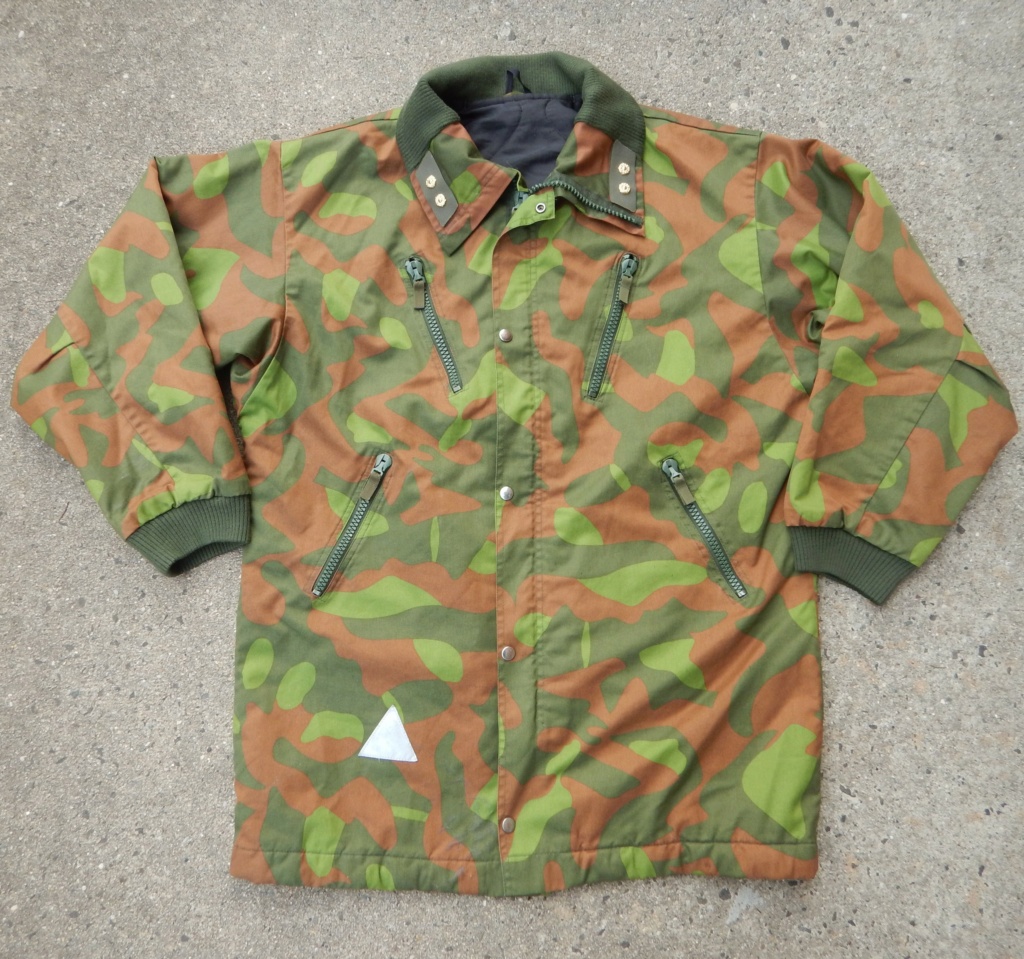 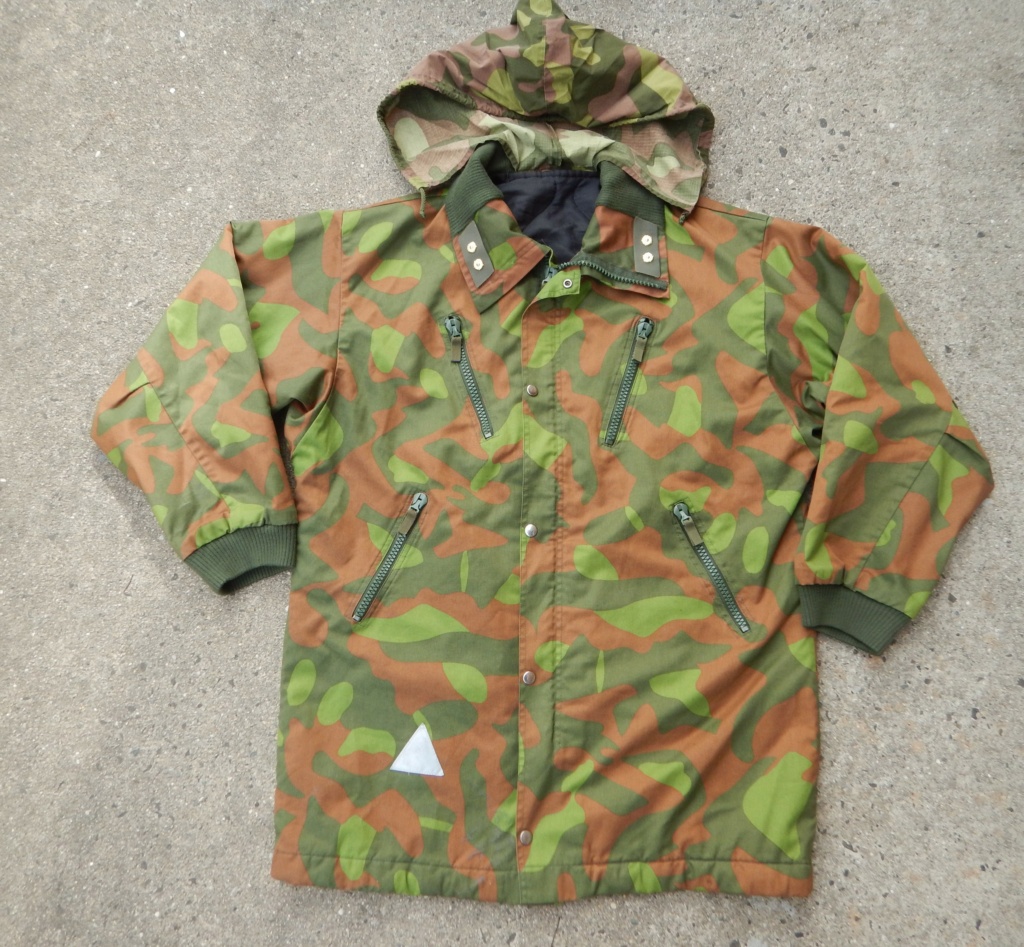 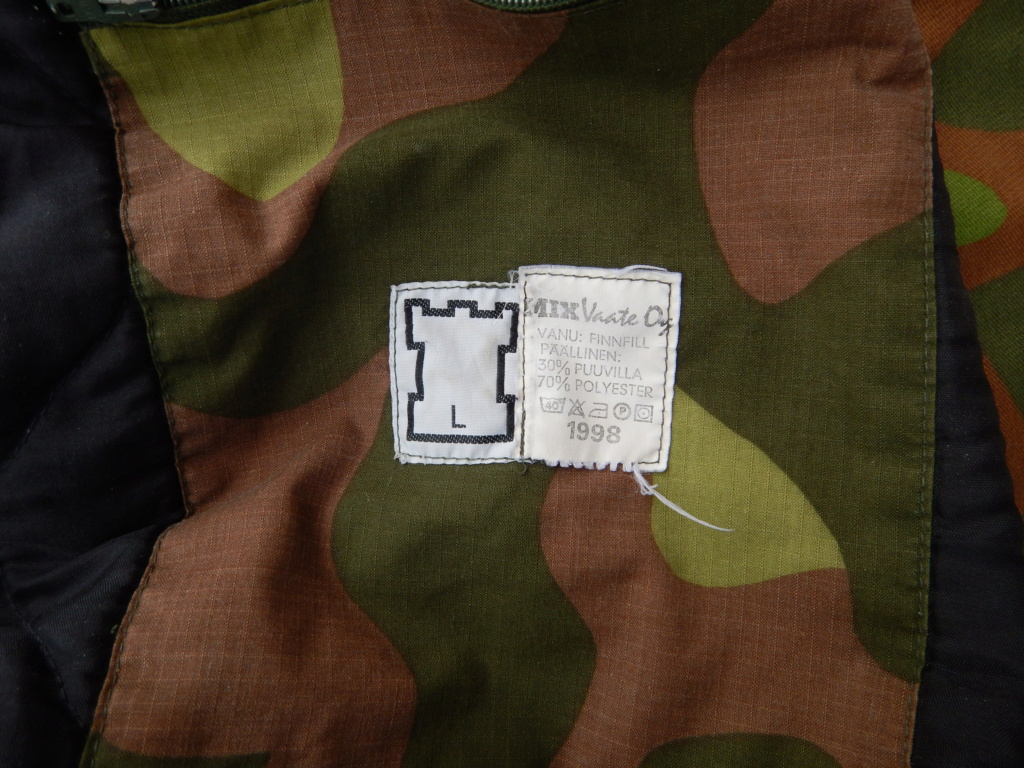 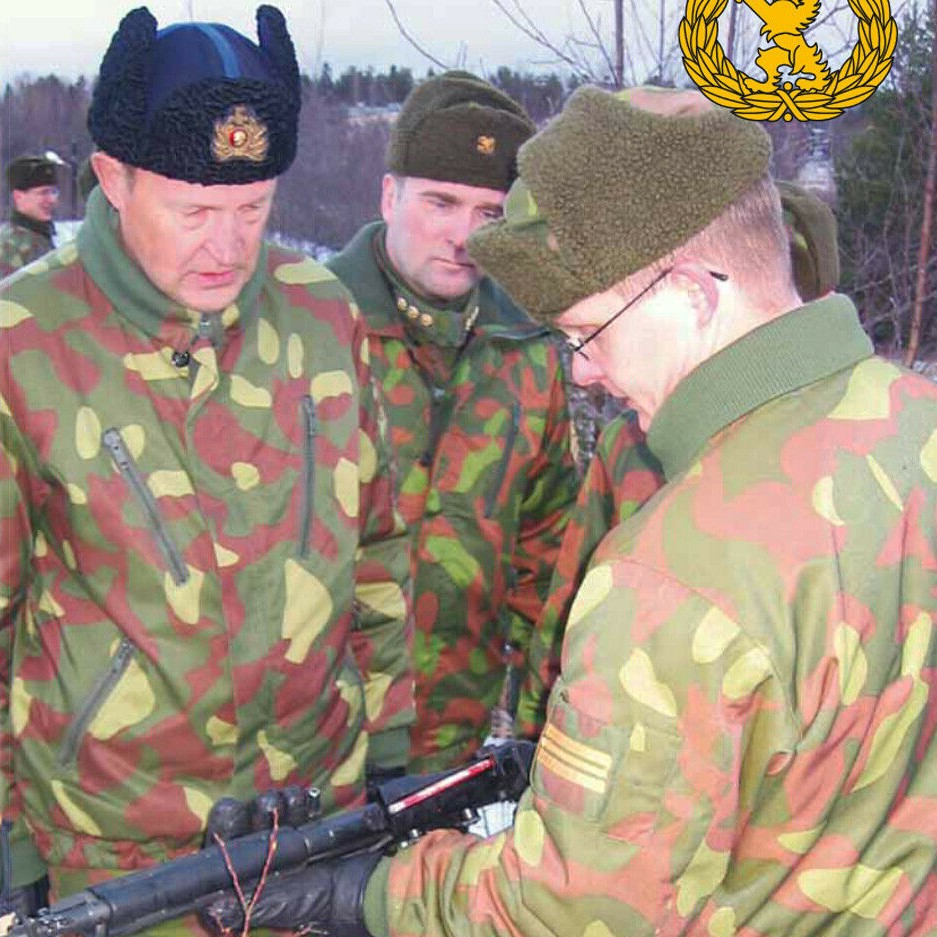 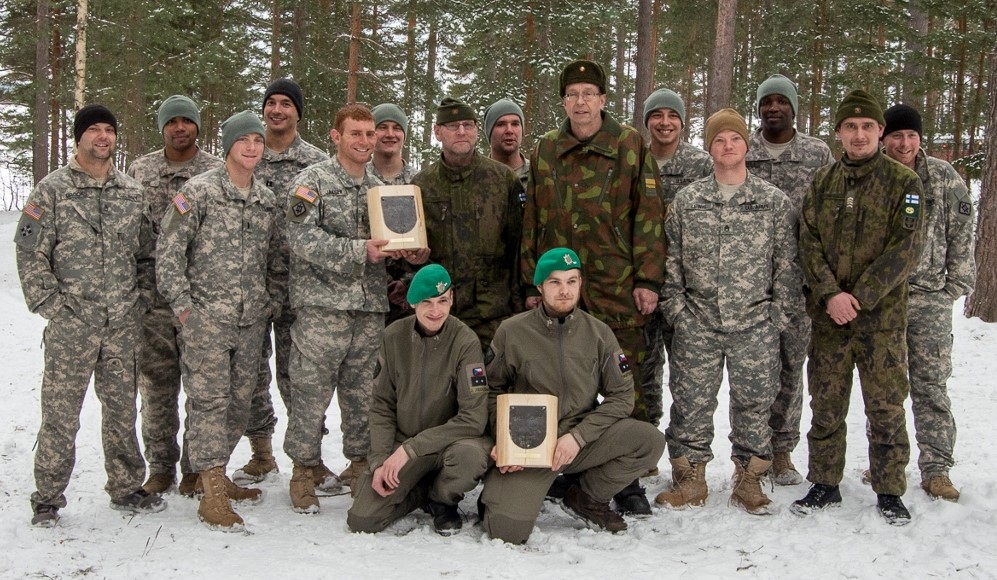 Very nice catch! I have neen searching for one myself. I was issued this excact model jacket when I was in the coastal jägers in 2000s. We were also issued a pair of matching trousers. It think it was meant for when going on leave if it was very cold, that is why it has a triangular reflector. I did not use this jacket even once during my military service, neither did I see anyone else wear it.

I wonder if your jacket is the same model as in the first picture of Admiral Juhani Kaskeala (former commander of Finnish defence forces). Your jacket has rankvelcropatches on the collar, Kaskealas and friends jackets do not, instead the ranks are on the upper arm. I do not know what the model name for the jacket Kaskeala is wearing, maybe ”pakkastakki”= cold wearher jacket. The pakkastakki was in use at least during the 80s in gray, later in green (I have one in green in my collection, can post pictures if you are interested).

Does your jacket have insert for rank patch on the upper arm?
ripcord

Thanks for your input.

After looking for one of these for years, 3 came up for sale last month. That's how it goes,sometimes.

Interesting that winter pants were issued but not surprising; makes sense.

My source told me these were ill fitting and never popular, but it looks good to me.
I think it's a decent layer, but don't find it particularly warm (add US ECW Parka liner; works well )..

There are some small differences as can be seen in the photo with Adm. J.K.
Most noticeable are the metal snaps on the front placket, or lack of them..
Also evident, at least 3 different methods of attaching rank insignia.
Some labels use numerical sizes, other alphabetical sizes; castle logos on some but not on others.
ripcord

Does your jacket have insert for rank patch on the upper arm?

No, there is nothing on the sleeve.   Sorry for late reply.
Sponsored content