G'day,
Hope members can help me identify this aluminium backpack frame please.
It looks like a SADF 'butterfly' frame to me, manufactured by 'Three Spears' South Africa circa 1980?
I'm not an expert on SADF militaria, but have picked up the odd item that caught my eye along the way.
The backpack itself is a heavily modified 1980's Polish airborne pack, attached to the frame well after its initial uses as I suspect the frame was used by a member of the SADF.
The hand-painted camouflage and colours on the frame and waist belt look SADF spec forces to me.
Any help with identification of the frame itself and it's SADF history would be most appreciated.
Cheers,
Rafski 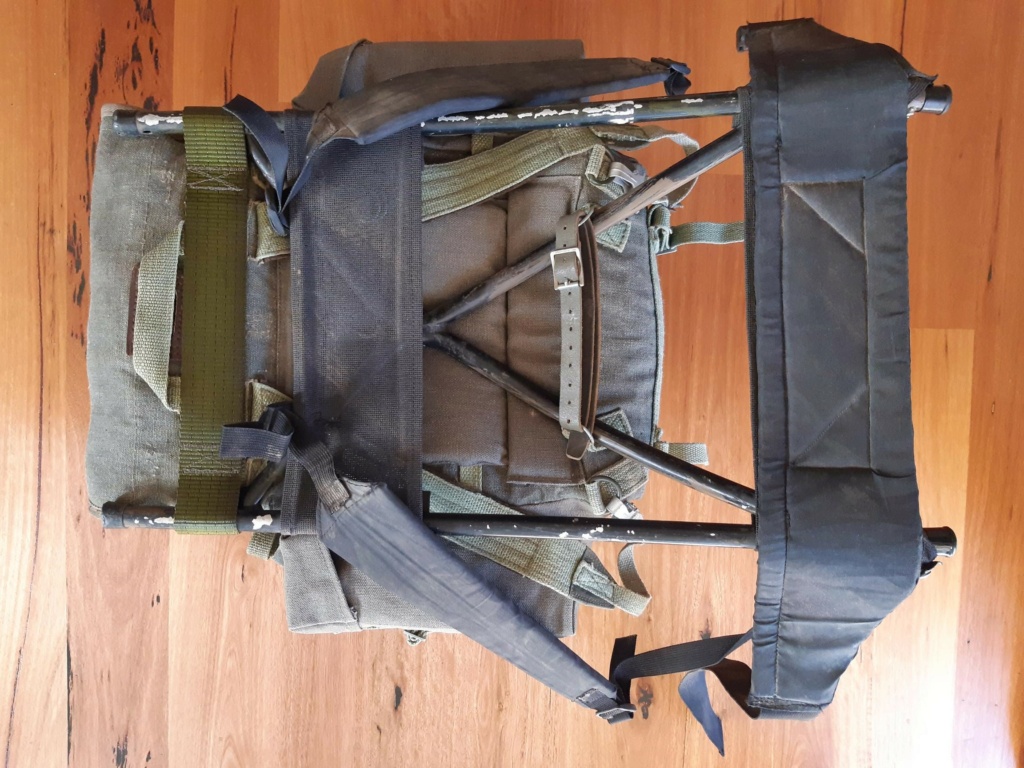 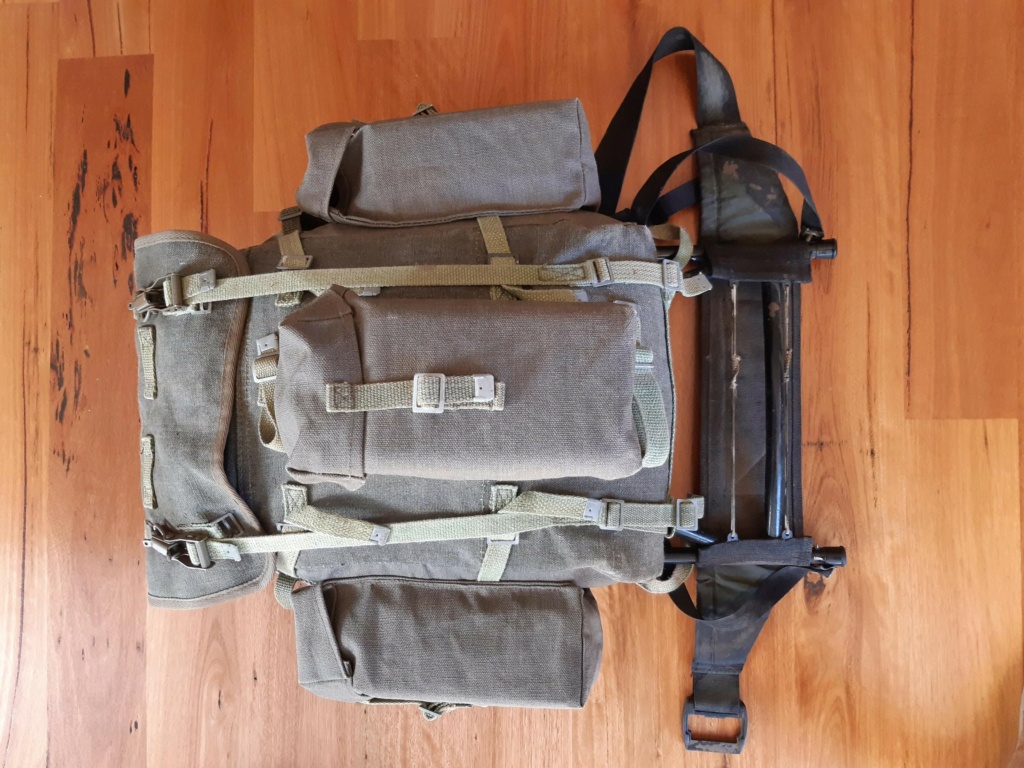 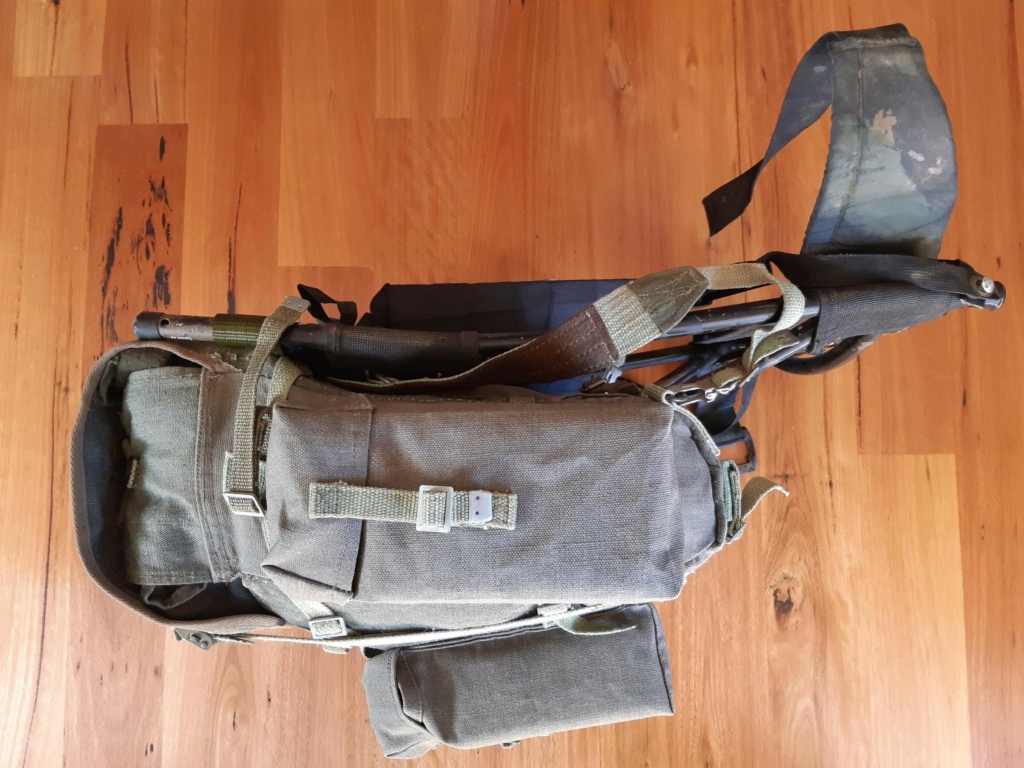 An interesting piece! I would agree that the "butterfly" frame is South African and 1980s vintage. The butterfly style frames were used in several 1980s rucksacks from the region: the SWA army's rucksack, several of the types 32BN rucksacks (green nylon and DPM), at least one of the homeland Army's rucksacks, several Recce pattern rucks, and the P80 large rucksack could use the butterfly frame. I think they key to your piece is the black nylon used to make the frame and the somewhat later hip belt buckle make it a dead ringer the DPM 32 BN rucksack I have an example of. The Recce's did often camo paint their equipment, I own some with similar colors (in addition to some very different colors...), I've not seen any camo'd 32 BN equipment, but I wouldn't say that means it didn't happen. The green nylon webbing added to the top rucksack to attach it to the frame is interesting, I can't say I've seen that exact type before (with the 5 lines/threads spread across the width) but again, that doesn't prove anything.

I think a case could be made for it having come from 32 BN or the Recces, but I guess we will never know?
Rafski

Thank you so much mrf2 for taking the time to reply and share your experience. I'm very greatful. Cheers, Rafski
Sponsored content