Arch & I were extremely lucky enough to make an aquaintanance a number of years ago. He was a fellow that worked with General Mautaunga and was extremely close to him & remained friends until Gibson died. We bought a large grouping of the General's belongings. I have just 2 pieces with Arch having the bigger portion. I am posting 3 photos below, I only have a copy of them, Arch has the originals. 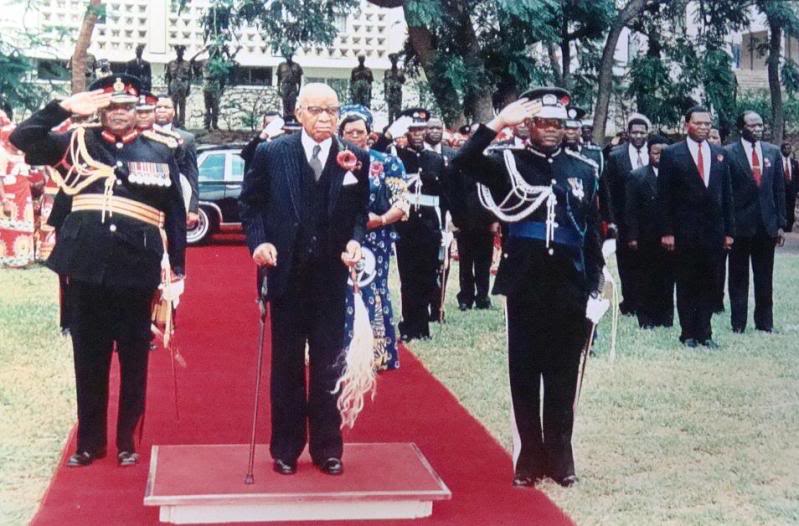 This photo shows Gibson Mautanga reviewing the troops with Queen Elizabeth II in 1972 at Cobb Barracks in Zomba, which was the first capital of Malawi and stayed the capital until 1974. 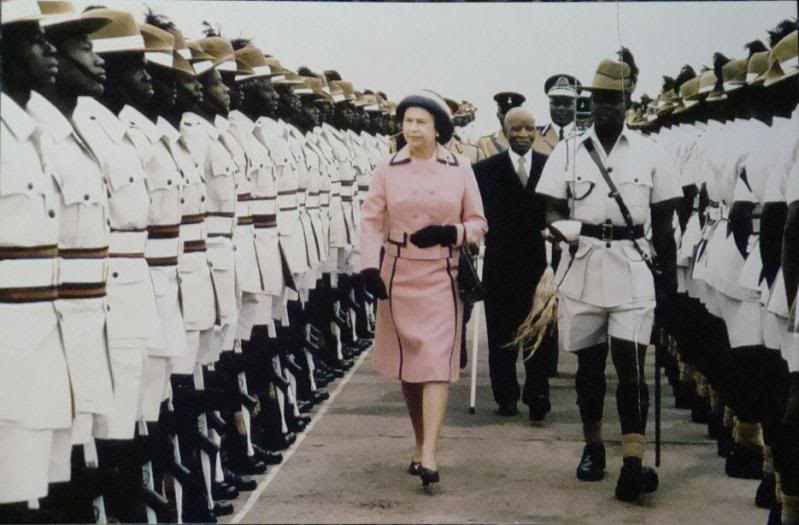 This photo shows Gen Mautanga with his wife Phyllis. 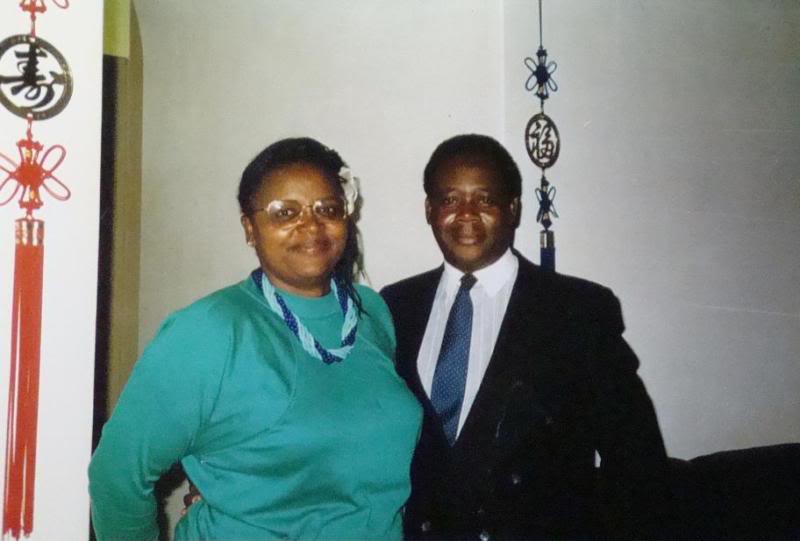 One of the 2 items that I was lucky enough to get my paws on is General Mautanga's personal cap. His exact title was at least at one point was Deputy Commanding General of The Malawi Army. 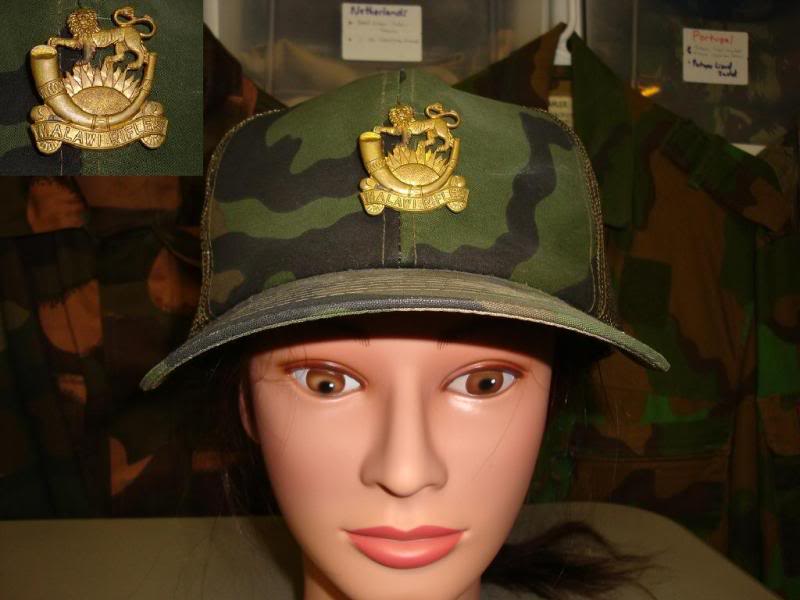 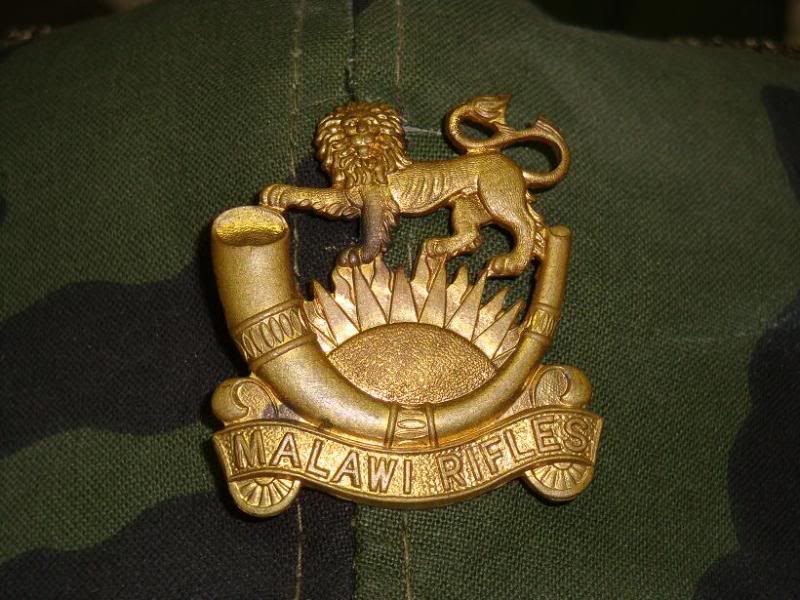 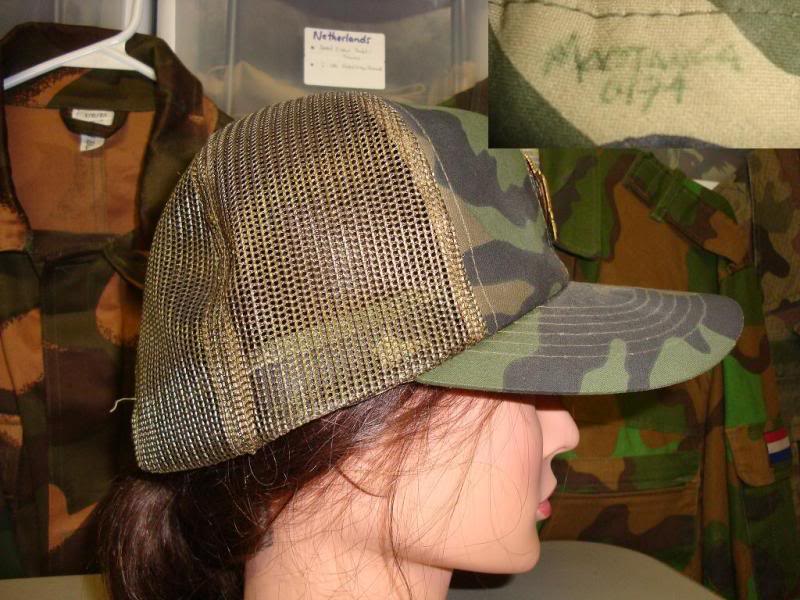 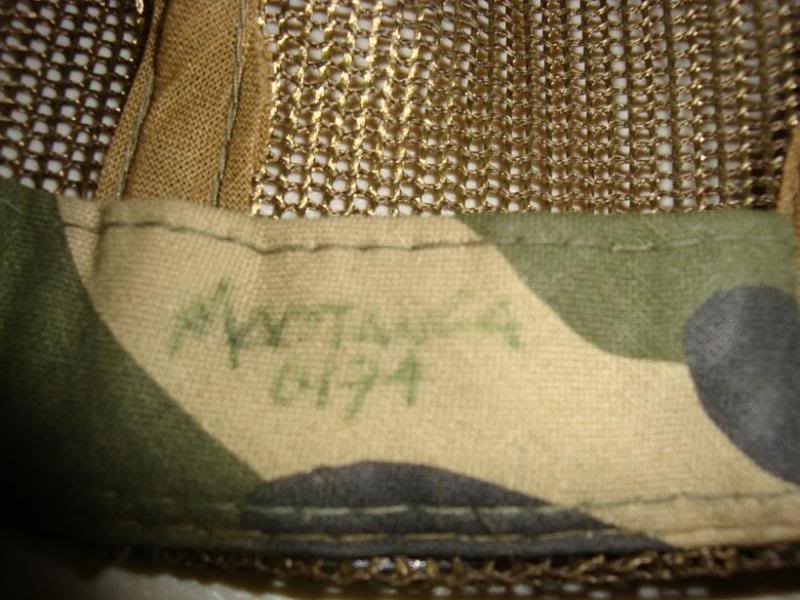 PS. Now to get Arch to post some of his items from the General...
_________________
always looking for combat-used desert uniforms
www.theflatwoodsmuseum.com/index1