This is a military clothing store located McGaheysville, VA, about 20 minutes from where I live. He deals mostly in commercial items, but does have an issue-gear section of the store, where customers bring in and sell their old surplus or issue kit. He's had everything from issue MARPAT to body armour and just about everything in between at one point or another. 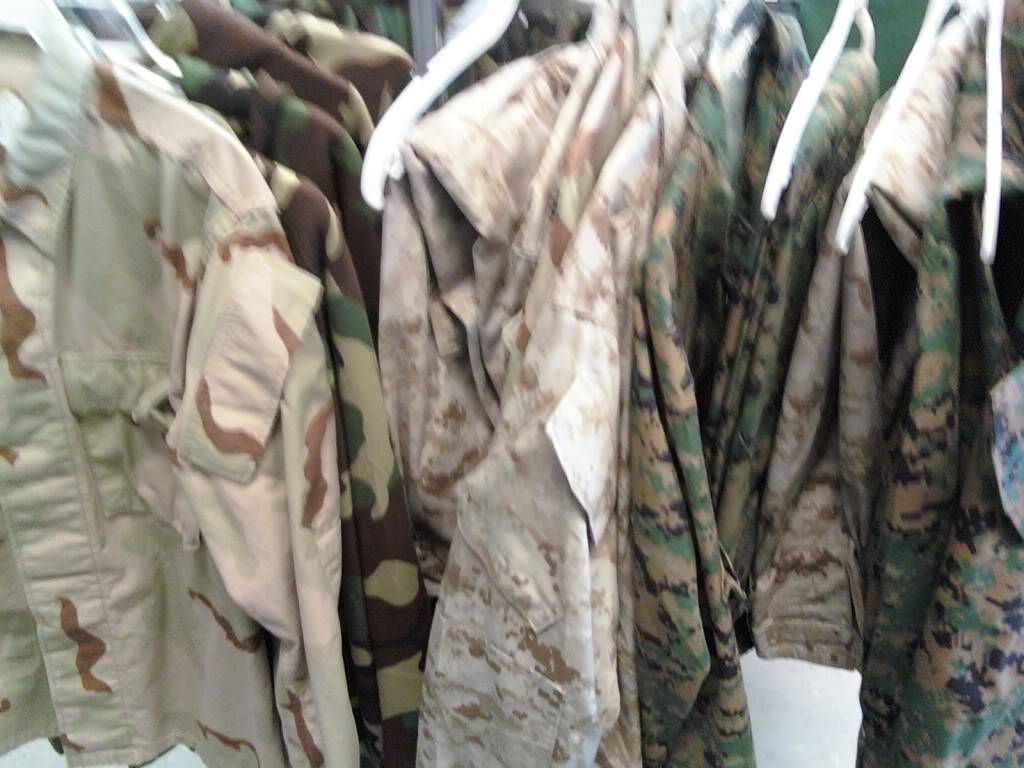 This is the main rack of the issue-kit section. Lots of BDU, some DCU, and a fair amount of MARPAT. I already have BDU and MARPAT, but I did buy the DCU jacket you see on the far left.

Selection varies as time passes, lots of times it's just the luck of the draw. This is the same store I picked up a Marine-issue IBA vest from back in September. Most of the used issue stuff is excellently priced. Today there was a set of MCCUU for only $25, and my modified DCU shirt was only $8.
Jeff's a very friendly guy and he loves to talk about camouflage, gear, or even the weather.

Jeff's moving to a new location this fall. On the 1st of October, he will be open for business at the Shenandoah Heritage Market in Harrisonburg, VA.

As an aside, this now puts him within the city limits, and much closer for me to drive!