I got these a while ago I had 4 sets of them sold two and kept two. I have his duffle bag as well and also a vietnam butt pack with his name tape on it. Let me know what you think 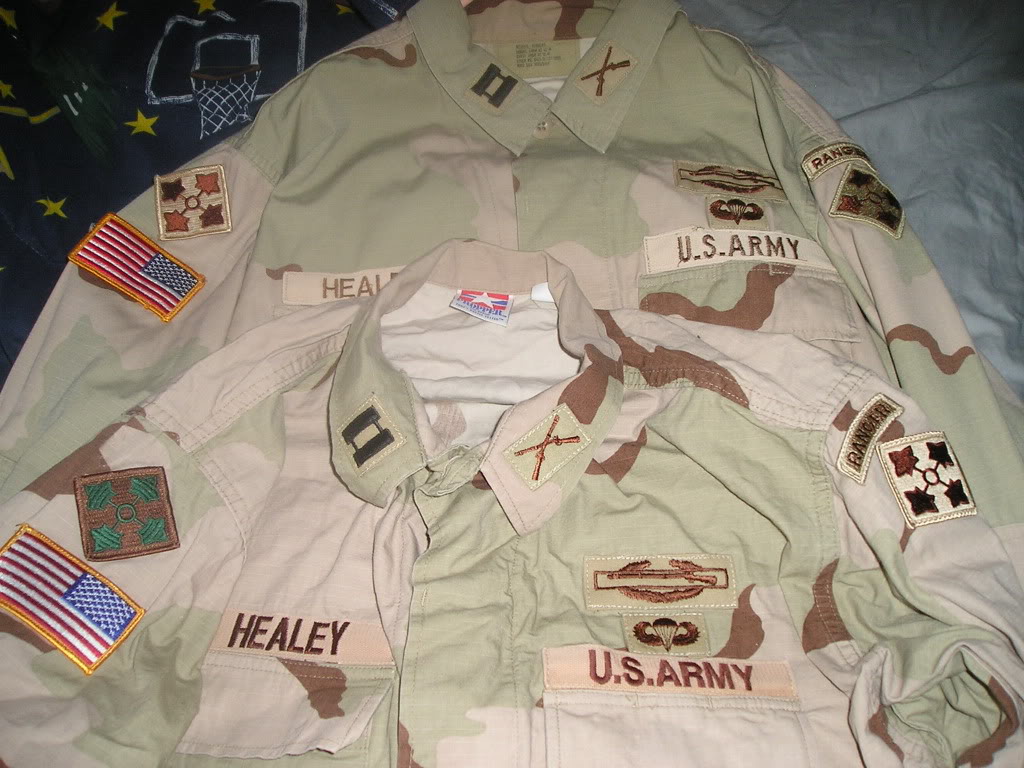 Mercenary25 wrote:He is a Ranger. The tab meant he graduated from the Ranger school but not in the 75th Ranger Regiment. But not sure if he was a Ranger though. Either way very nice DCU's.

You are correct in the fact that he graduated the course, and earned the tab. That doesn't however make him a Ranger as you state. Serving in the Regiment would allow you the title of Ranger, or the right to be called such. Ranger course is just that, a course. Like Airborne school, Air Assault, etc.. And many attend for professional development purposes when the training slots are available. When you see an officer with a Tab, chances are he attended in his Senior year of either ROTC or one of the service academies.
Mercenary25

Whoops. I forgot to type "not" "He is not a Ranger". Because MK1234 stated that it is a Ranger DCU. It happens when I type too fast.

Very nice DCU's mate, fully patched /named pieces are hard to get over here,so your a lucky fella