Some great photos of the Libyan rebel forces demonstrating their ability to think outside the box when devising ways to fight the forces loyal to Gaddafi. Some of the ideas may seem odd to those of us aware of modern military hardware, but they are impressive nonetheless, considering these fighters started out with almost nothing in regard to "proper hardware" necessary to take on a professional military force. But, as we can see, they have made due with what they have, much to Gaddafi's dismay.

Here's a few photos from the article, and the remainder can be seen in the link at the end of the post. 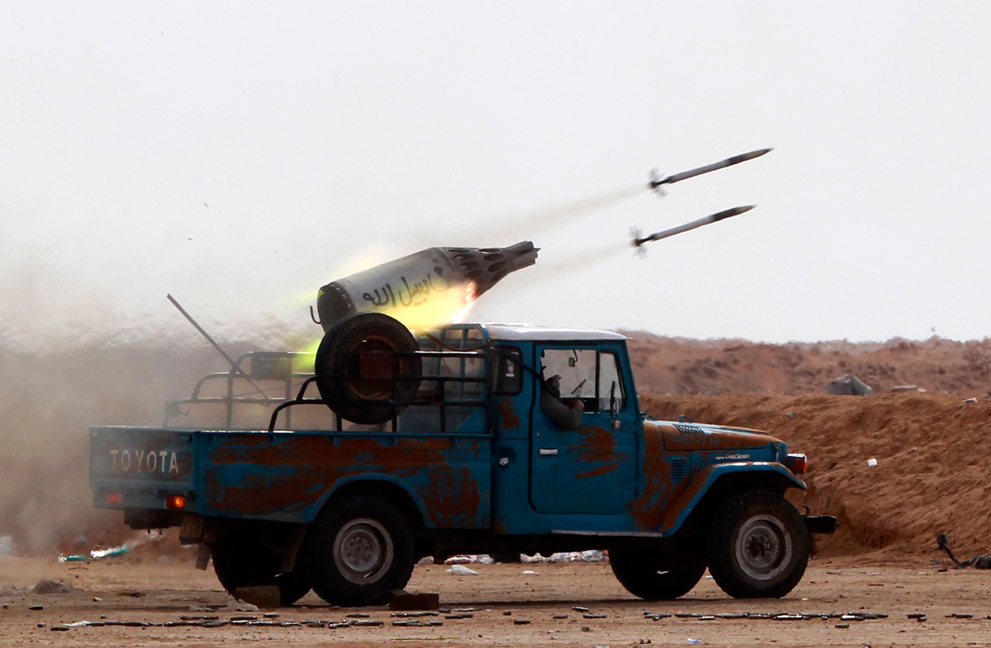 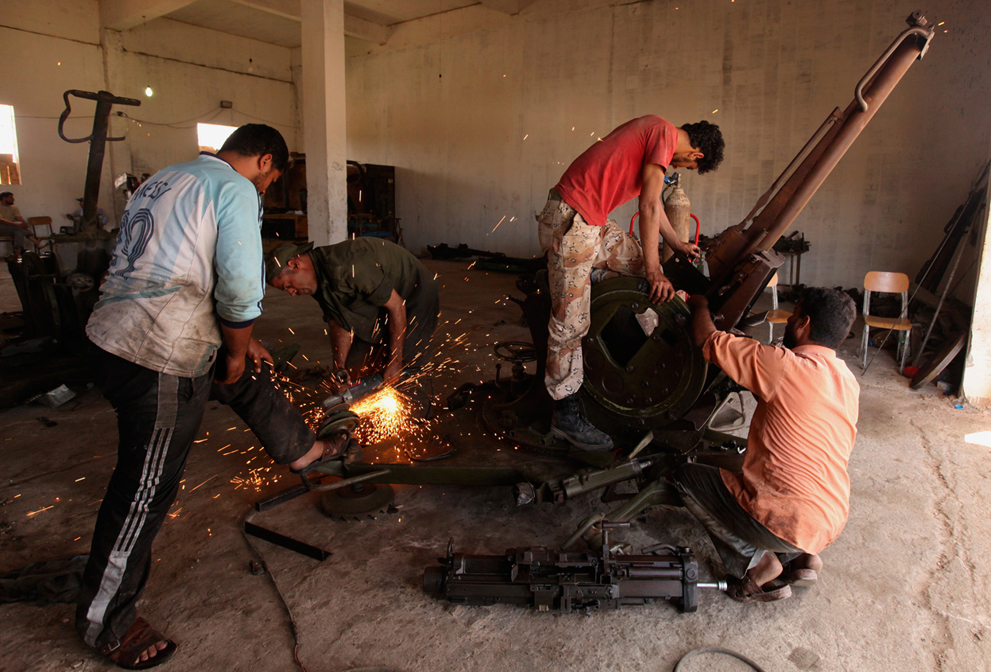 Rebel soldiers repair weapons captured from forces loyal to Muammar Qaddafi at a workshop in Benghazi, on June 13, 2011 (Reuters/Esam Al-Fetori) 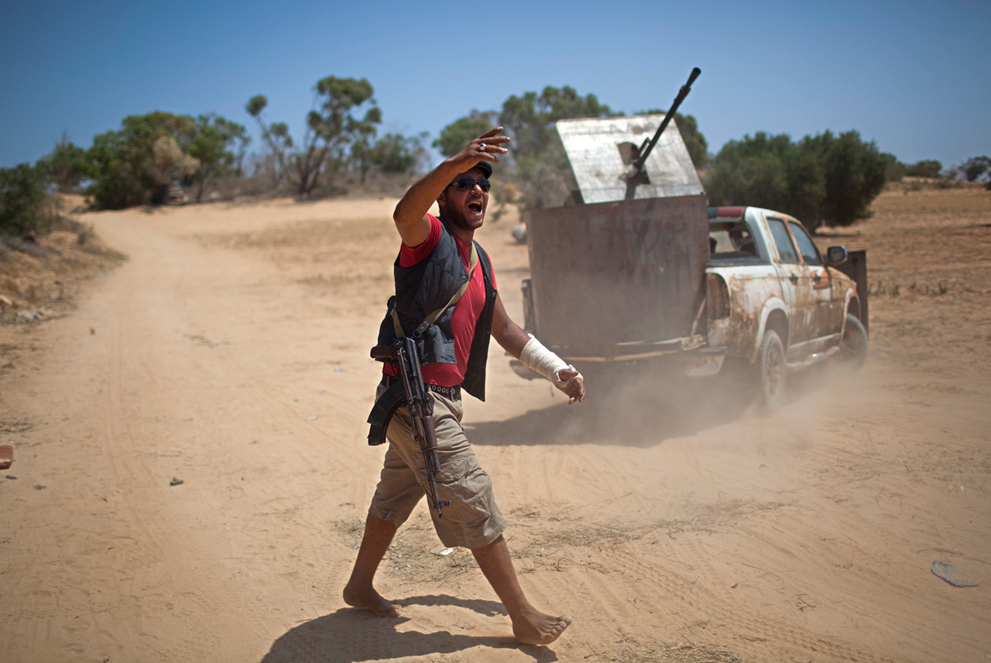 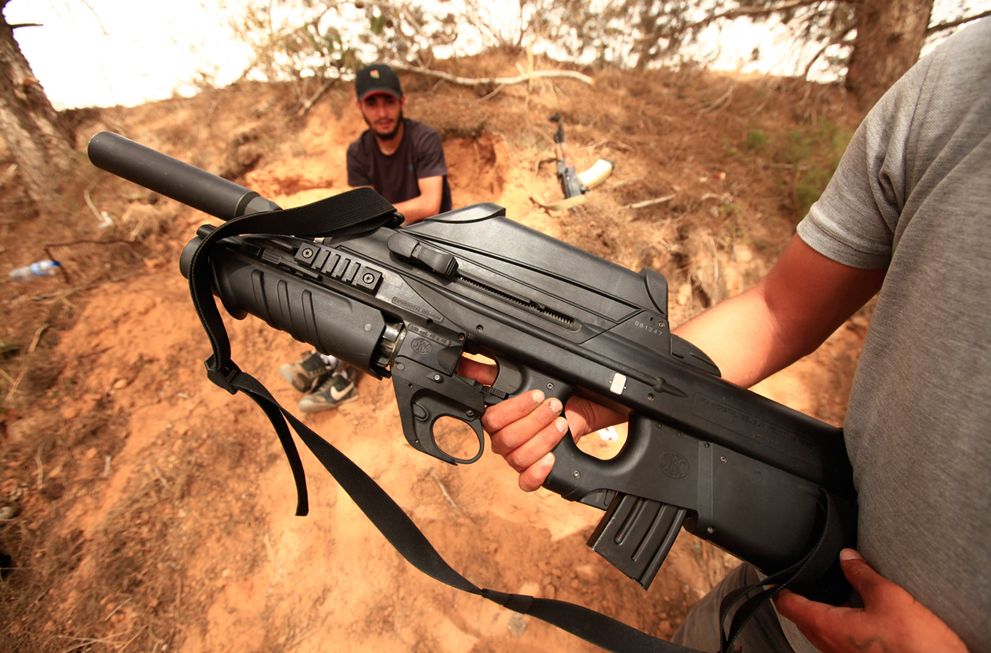 A Libyan rebel fighter shows a weapon with a grenade launcher attachment which he said was taken from forces loyal to Libyan leader Muammar Qaddafi. I want to know where the Libyans got this kind of hi-speed firepower... 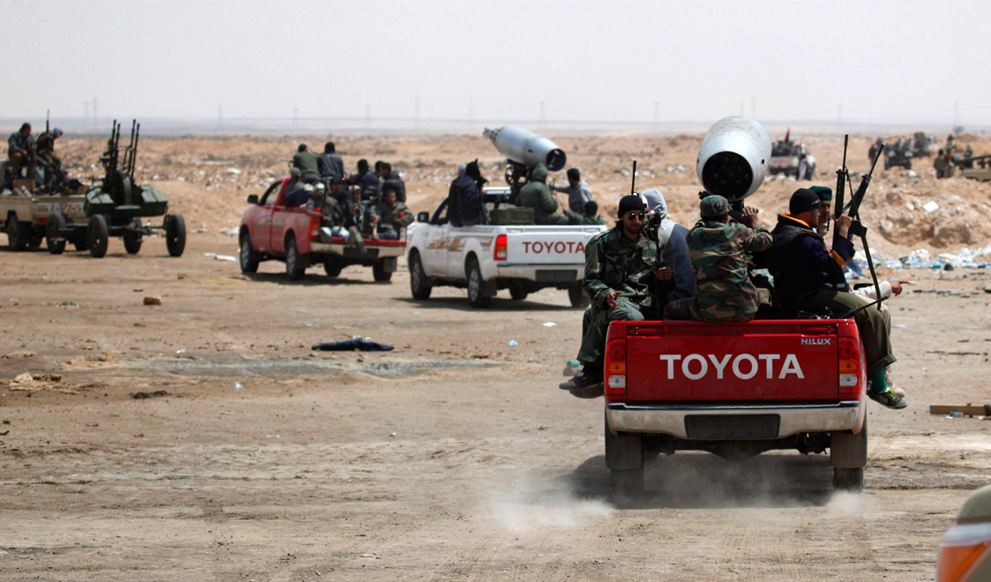 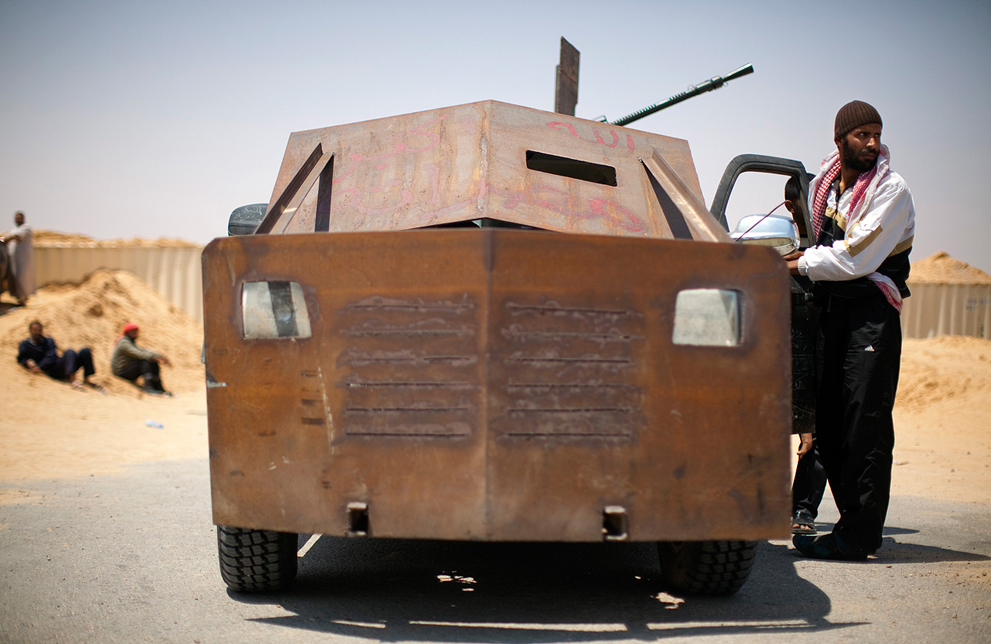 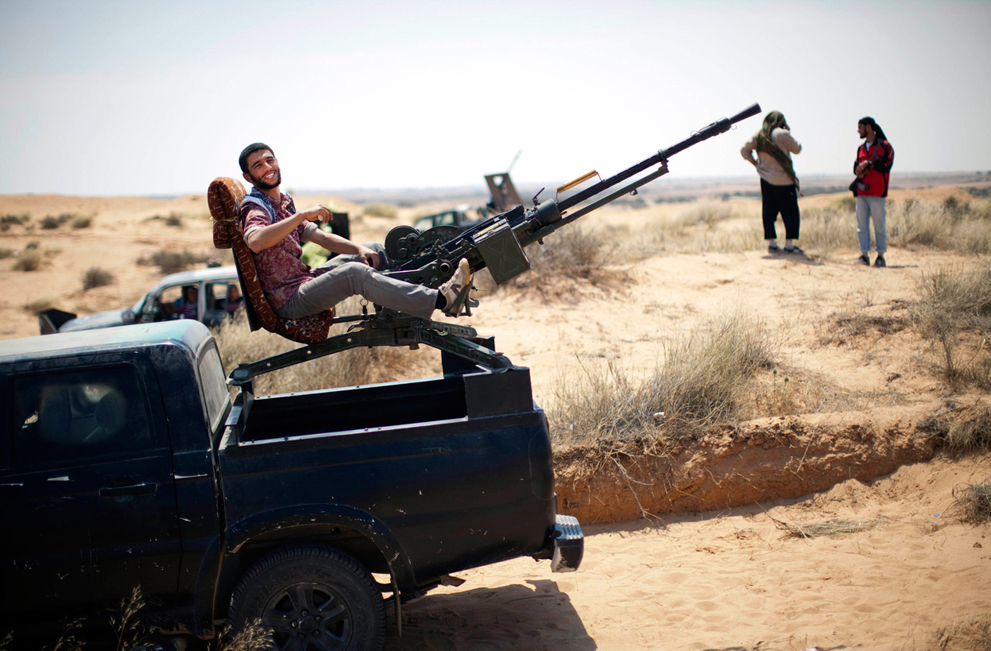 Libya Purchased 367 F2000 rifles along with other assorted lethal and non-lethal weapon systems from FN Herstal in 2008, and deliveries commenced in 2009; this would be where the FN2000 with the 40mm came from btw.

otherwise; AWESOME improvised weapons! I like the Hind rocket pods on the Toyotas

Awesome! I know the rebels frequently paint their weapons, I don't remember where but I once saw Mi-25 rocket pods painted to look like red sharks.
Sponsored content