Picked this tin up today for the amazing sum of $6!! Not in perfect condition, but I like it! The scenes are typical to the period and show the ships in service. This tin, produced by the Loose-Wiles Biscuit Company, and called the "Battleship Tin", was produced Oct. 18, 1937. Although the war has started in Europe and Asia, the US is not yet involved. However, many of the ships on this tin will not survive the war and most have a historical significance of one type or another. I'll give a brief history of each vessel painted on the tin. 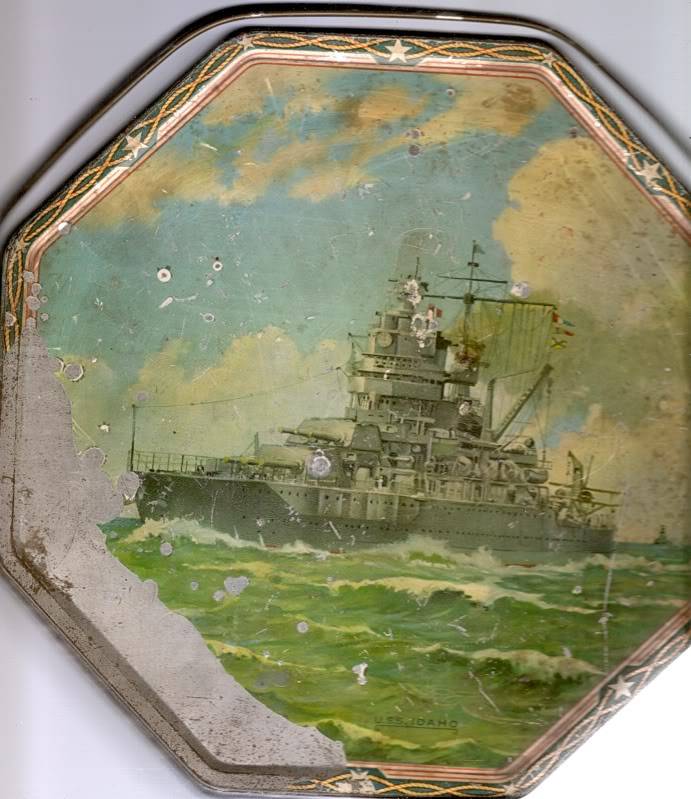 The Idaho was in Iceland when Pearl Harbor happened and went to the Pacific Fleet 2 days after the bombing. She earned 7 battle stars in the Pacific during the war. 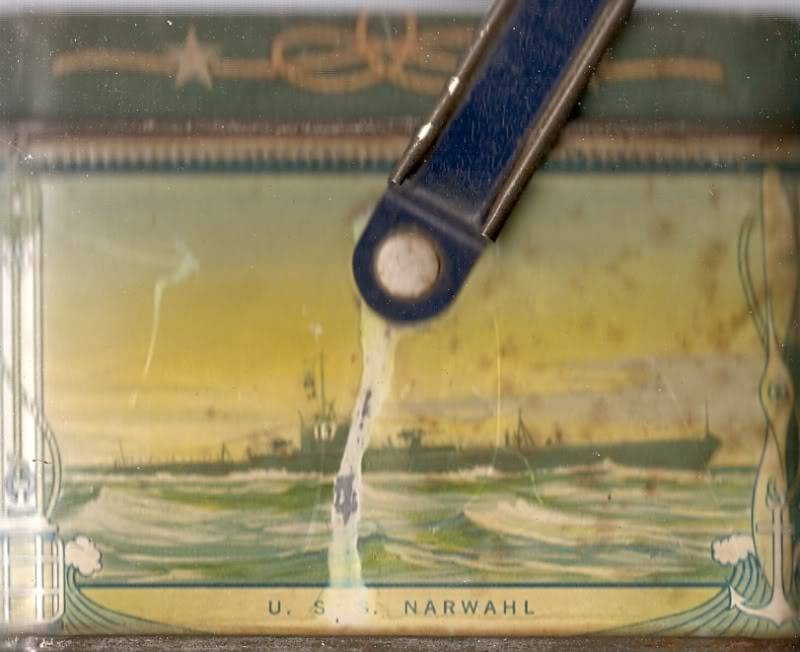 Narwhal, formerly the V-5(SC-1) was one of the subs used in test trials of the Momsen Lung submarine escape rebreather. She was one of 5 subs at Pearl Harbor and her guns were in action within minutes of the attack. She earned 15 battle stars in the Pacific during the war. 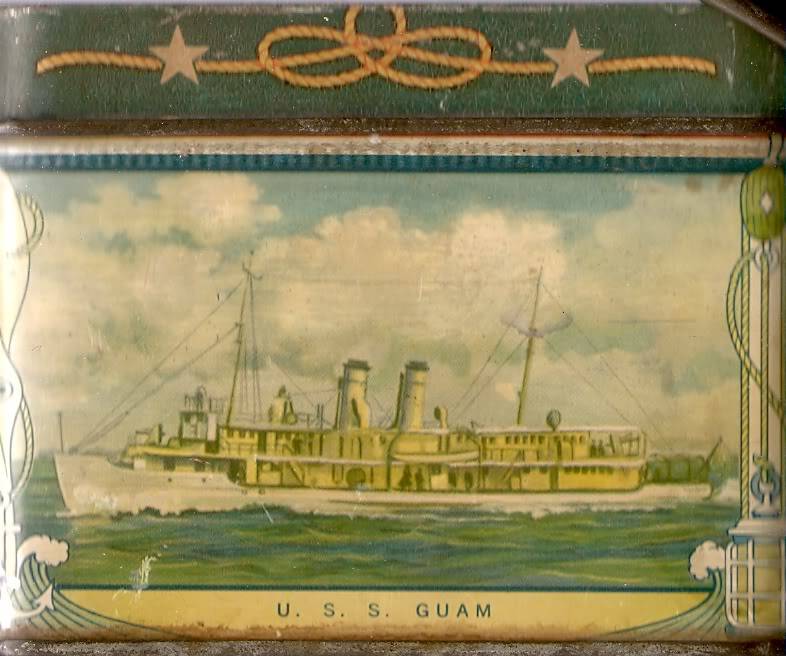 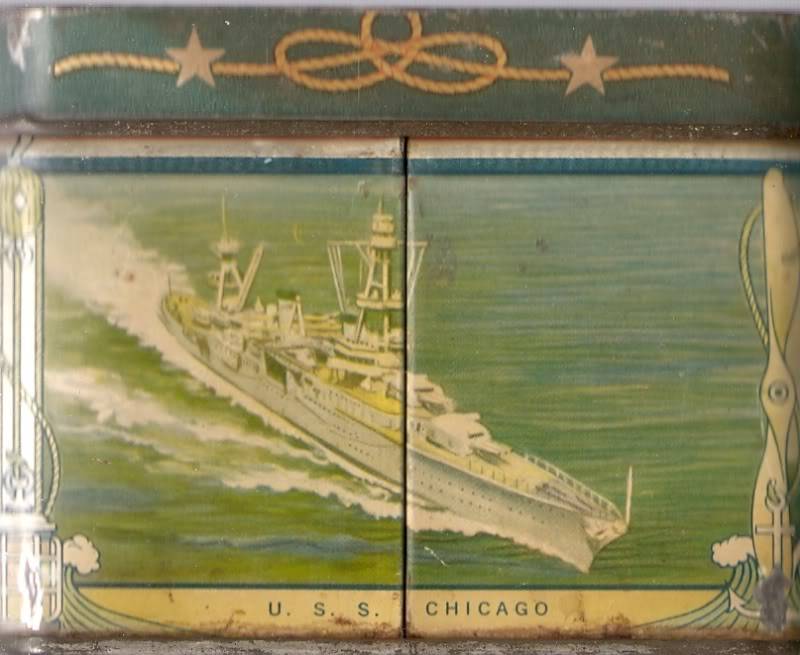 The Chicago was a heavy cruiser. She was out to sea during Pearl Harbor and spent the next 5 days cruising the sea trying to intercept the Japanese Force. She survived a submarine attack in Sydney Harbor and after surviving the battles of Coral Sea and Savo Island, was sunk by the Japanese in the Battle of Rennell Island in the Solomons on Jan. 30, 1943. 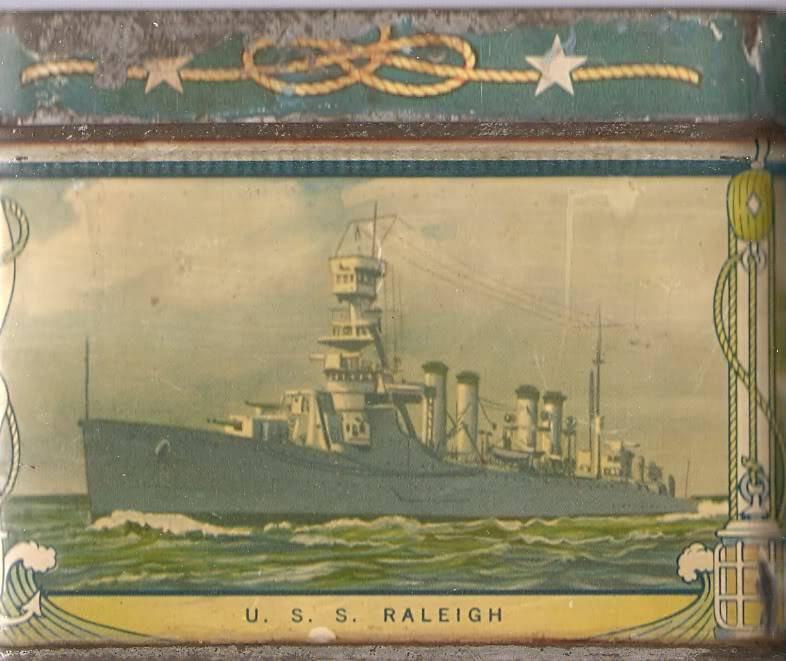 Raleigh was on the east side of the harbor on Dec. 7th. She took a torpedo and was badly damaged. Her crew fought valiently and were responsible in bringing down at least 5 enemy aircraft which helped her crew sustain only minor wounded during the attack. She recieved 3 battle stars during the war for action in the Pacific. 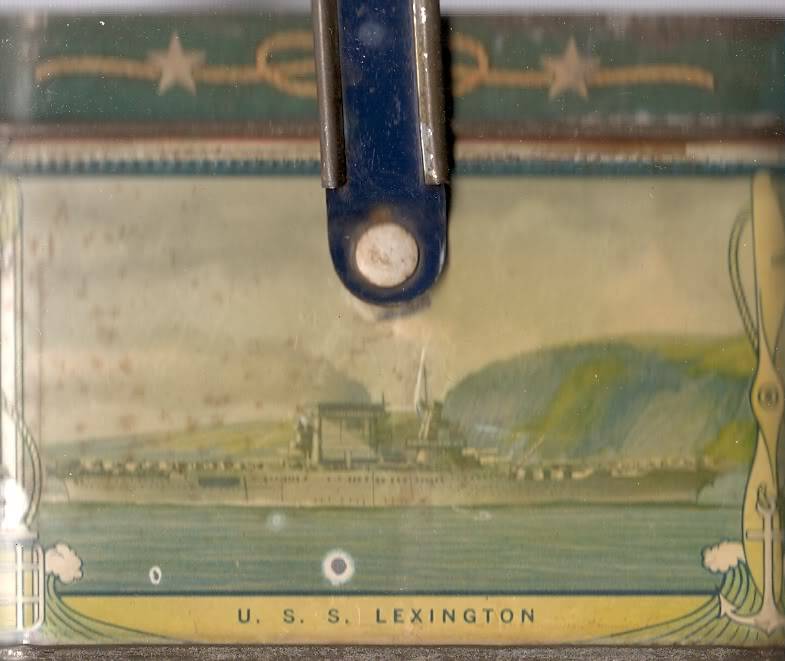 The Lex earned 2 battle stars during the war. She was at sea during the attack and was to attack Japanese fields in the Marshalls and relieve the attacks one Wake, but was recalled. She was sunk in the Battle of Coral Sea in May 1942. 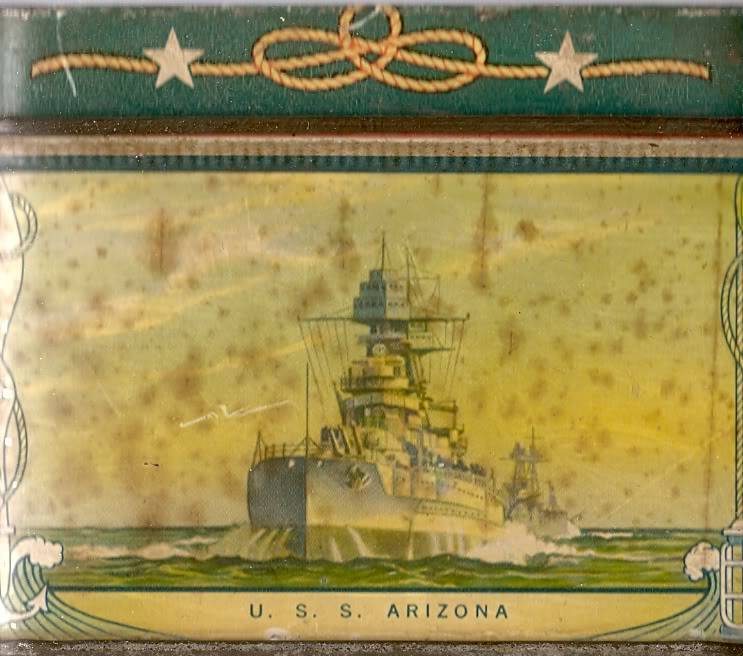 The Arizona served in the Atlantic during WW1. She helped defend England from the Imperial German Fleet. She rarely went to sea for fear of U-boats unless in company of other battleships. On Dec. 7,1941, she was anchored on battleship row. She recieved 4 direct hits and 3 near misses. She was a total loss. 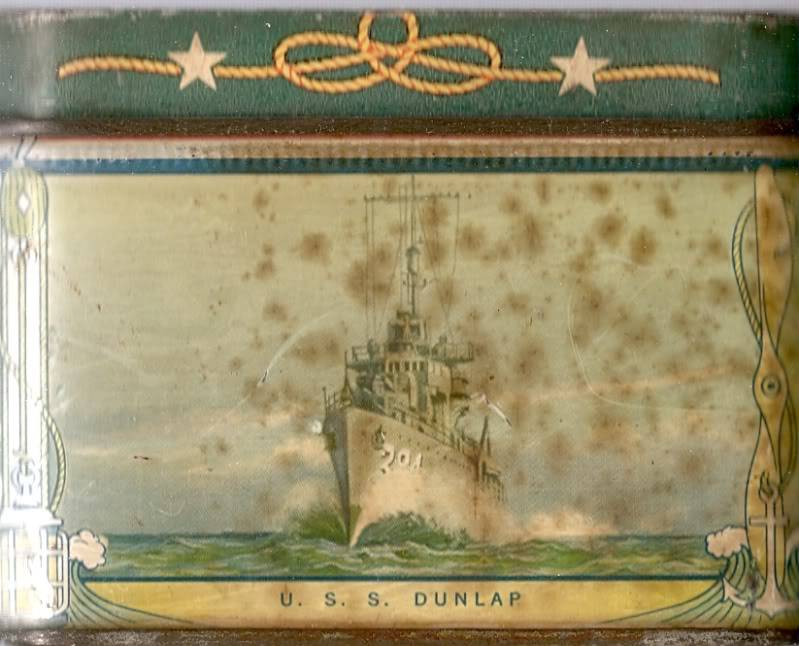 USS Dunlap was on her way back to Pearl Harbor when the attack happened. She had just escorted TF-8 ferrying planes to Wake Island. She helped patrol the area looking for the Japanese fleet. She earned 6 battle stars during the war. 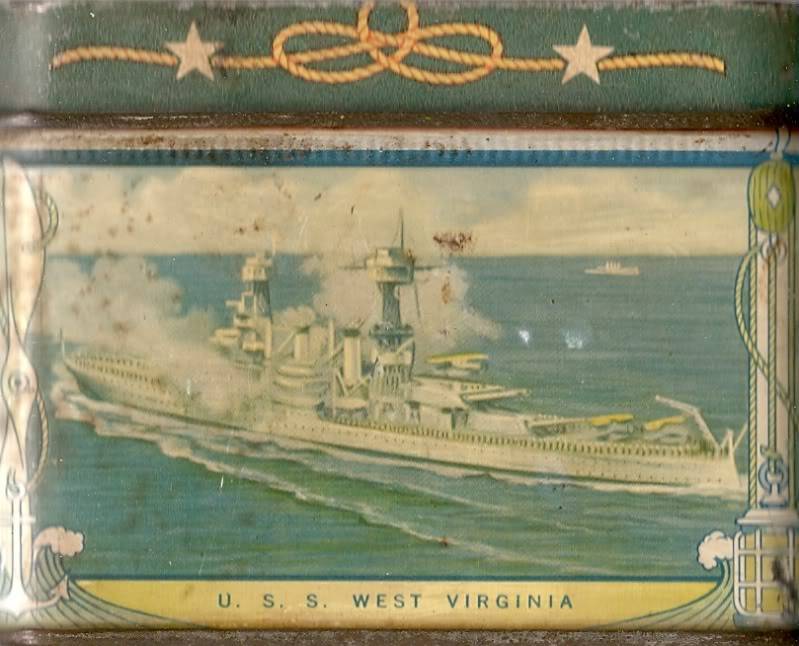 West Virginia would be struck with several torpedoes and at least 2 bombs. She sank and was eventually raised and repaired. She finally rejoined the fleet in Sept. 43 and fought to the end of the war earning 5 battle stars.

Hard to believe how many of these ships had a fate that was all tied to one date! She now houses my WW2 USN/USCG patch collection. I couldn't think of a more fitting home!