Not sure if this is a Model 85 or if that is the date.

Good think for collectors is that there have been 6 of these on Ebay UK(this isnt one of them) in the last week so looks as if a batch have been released.Bad news is they were snapped up straight away-same person maybe???

All i need now is the elusive cover for it 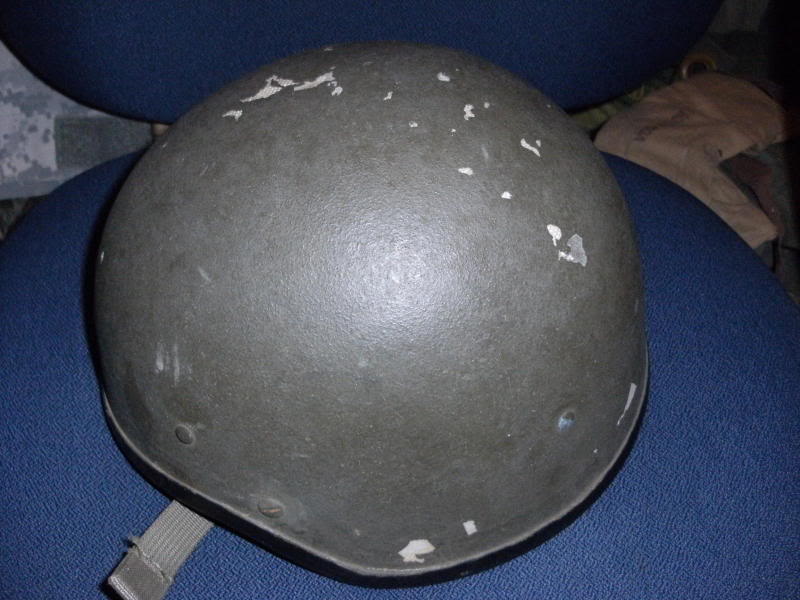 Thats one of our old Infantry "CAD" helmets made by Rabintex Israel.
When they first went on issue they were worn with a helmet net and usually secured with a rubber rimor black tape. In 1996, a British style helmet cover was introduced in an OG colour. This was replaced by a IP-DPM cover in 2001 in the same style. A UN Blue helmet cover was in service with our UNIFIL contingent since 1995. This had UN in large white lettering on both sides and "Ireland" in white lettering along the front.

Since the introduction of our new helmets in 2007 both the IP-DPM and UN covers have been redesigned. Both are secured by an elastic rim(as opposed to the previous drawstrings) and both have a small strip of velcro on the front to accomodate a miniature rank marking. These rank markings have not seen widespread service and are usually on issued when on overseas deployments. Currently there is no Desert pattern cover.
Guest