I just bought my firts UK DPM jacket combat tropical. I found it at my local 2hand rubish store for jus 4,-euro

My first british item.
Can anyone tell me when they used these shirts in the British army?
THX
Gulf91

Used from i would say 70s up till present day(unofficially).

(refuse to use the stupid term "allY").
Easy Gee

Very nice, and a great addition to start a Brit collection with.

These "Trops" are often described as "ally", sad phrase admittedly ( even though I have used it too many times myself

I'm with Rich,70's to current time frame for usage.
Gulf91

Only just noticed the size of the shirt

Gulf91 wrote:Only just noticed the size of the shirt

This is not a shirt, It is a smock.

fourtycoats wrote:This is not a shirt, It is a smock.

They label it as a jacket but it is in fact a shirt,certainly not a smock.
fourtycoats

That was supposed to be a joke

fourtycoats wrote:That was supposed to be a joke

Don't worry, some of us got it

You could have also said "Tent"!

fourtycoats wrote:This is not a shirt, It is a smock.

They label it as a jacket but it is in fact a shirt,certainly not a smock.

Definitely a jacket – hence the zip - but very thin cloth because it was designed for wear in hot climates i.e. tropics.
NB Soldier 95 (and later) issues had a similar design of item which was labelled as “jacket, lightweight”
Often worn as a shirt in UK/Germany in the 1970’s & early 1980’s in preference to the issue KF Shirt because

Often banned by RSM's because the colour was "redder" than normal DPM or because (allegedly) the high nylon content, which was to stop it rotting in hot & humid enviroments meant it would melt on to you if there was a "flash fire" nearby.

Rumour has it that it was because so many people were wearing these jackets that the very similar S95 design of lightweight jacket was created.
magic2 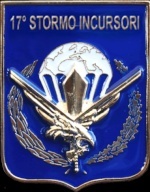