You win some, you lose some...

You win some, you lose some... 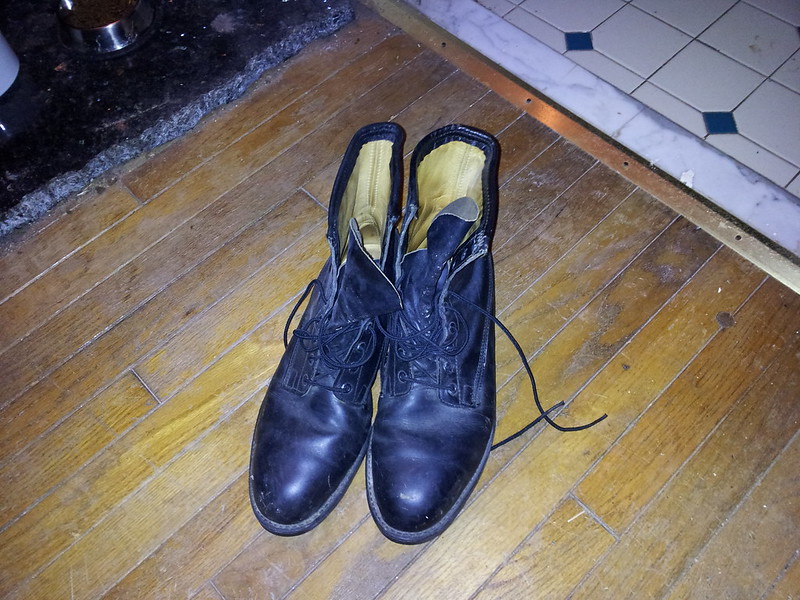 Addison boots. Regrettably, they're dated September, 1975. A few months out-of-date, for manufacture, and probably quite some time out of date for issue. Still, they're nice reference for pilot's boots (I sculpt), and not too bad for trekking around, either (steel toe, and comfy-ish). 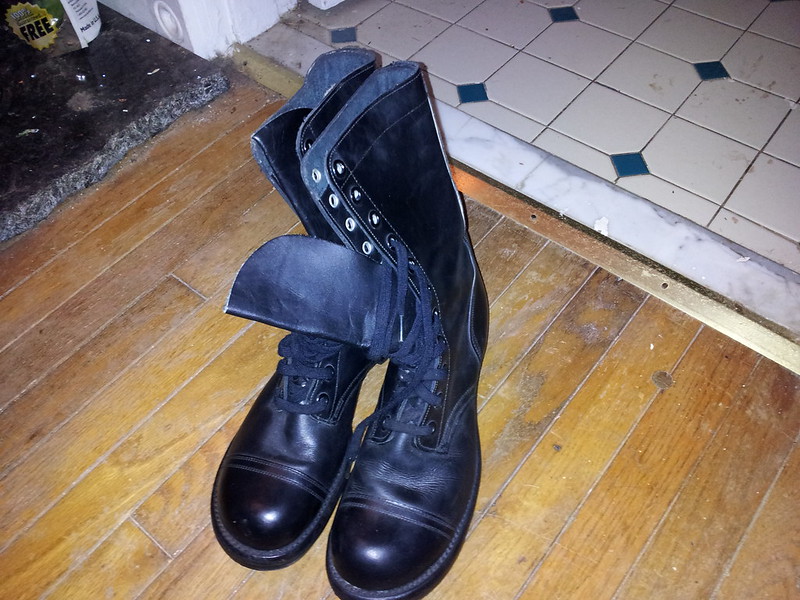 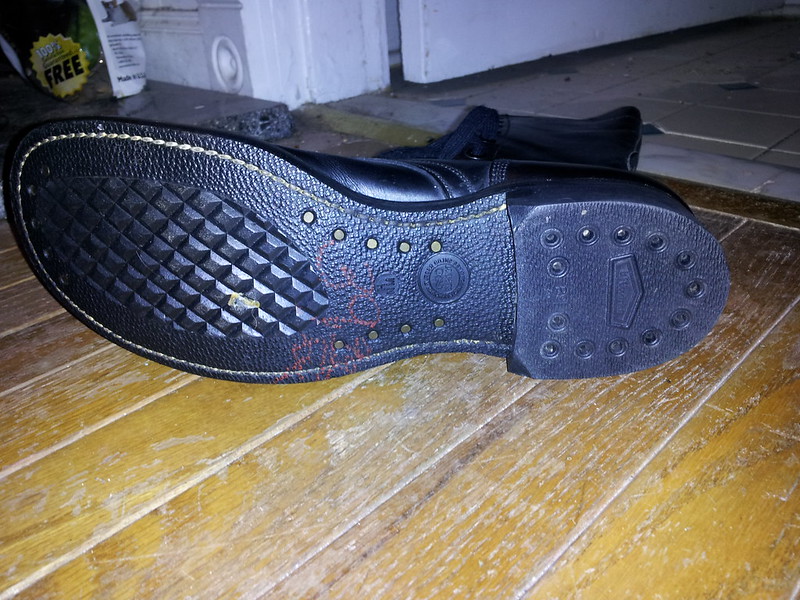 Not mint, but not too shabby, neither.

Oh, and yes, the house is "vintage," and a bit beat up, but The Cat is happy.

I would take that pair of losses any day , they might be dated 75 , but the boots are still close enough for a display , and in very nice shape !! I think you have 2 very nice pairs of boots !
Gulf91

Just remembered seeing your boots that i had a similar pair if you want to have a look to compare.
sh4pak

At first glance-- those look to be set up for Heli-Tac type activities. The zippers, you know? But, then again, most firefighter's boots still have steel-toes, even wildland.

No idea myself to be honest but i like the lace in zippers.

What seems weird is the boots themselfs look quite used(as can be seen in the pics) but the soles and heels seem untouched???
sh4pak

--That is peculiar, because they look like the original Biltrite soles.

I'm at a loss. I was never aircrew, though I was a firefighter for a while. The zips are *very* common amongst EMS & Fire-- at least in Southern California. Quick Turnout for Brush Fires, etc. Given the 1978 mark, it makes one wonder about whether the habit was picked up by EMS as a result of the war...

Now, I am just going off of memory here, and I could be mistaken, but as I think about it, I remember going to the DC Masonic Temple, which is basically a museum. They had a bunch of stuff in one room dedicated to Astronauts who'd been Masons. One of the features was a mannequin in an ejector-seat from an F-4, clad in flight gear that had belonged to... some Masonic Astronaut. If memory serves-- his boots looked more like yours. Scuffed up like that. Actually, most of his gear was well-worn, and not like Top-Gun at all.
Sponsored content