Here is a uniform that I just bought off Steven today. The seller whom Steven bought this off of originally said that this set was Colombian. I can see where someone would say that, especially with the Lancero patches sewn on. However, the subdued wings over the left pocket are of El Salvador origin. The top one is a SF HALO type jump wing, the middle one is SF jump wing, and the bottom badge appears to be a SF Combat Diver. The GOE on the dive badge stands for the Grupo de Operaciones Especiales. What you can't see in these pictures is that someone has removed several of the sleeve patches. On the right arm below the Lancero and Paracaidista patch, there has been a larger patch that has been removed. On the left arm, there has been a scroll and a larger patch. I am fairly confident that the scroll was one of the El Sal SF scrolls. It is a very odd set. The owner has also qualified for the US Army basic jumpwing and the Colombia Lancero patch. 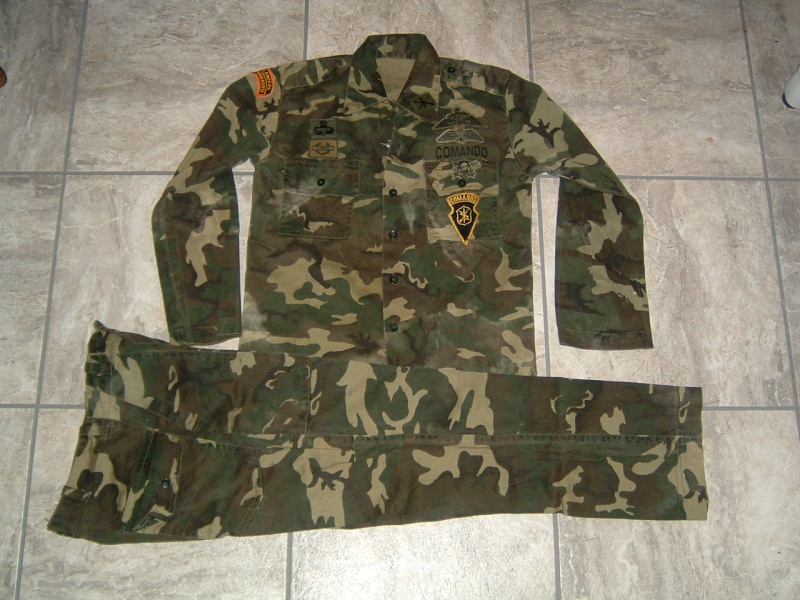 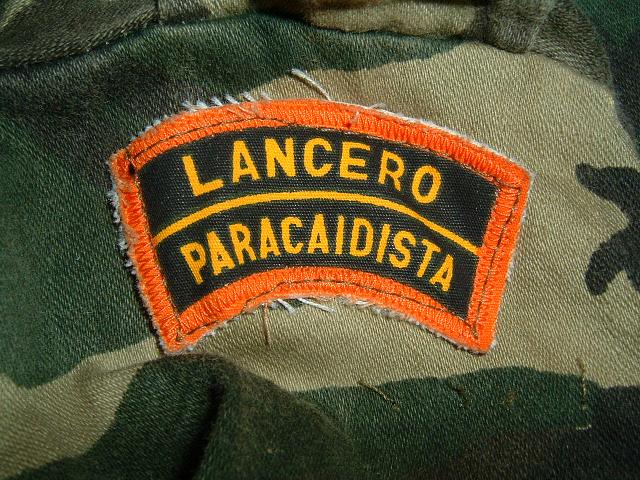 Lancero qualification badge and basic US jumpwings on right chest. 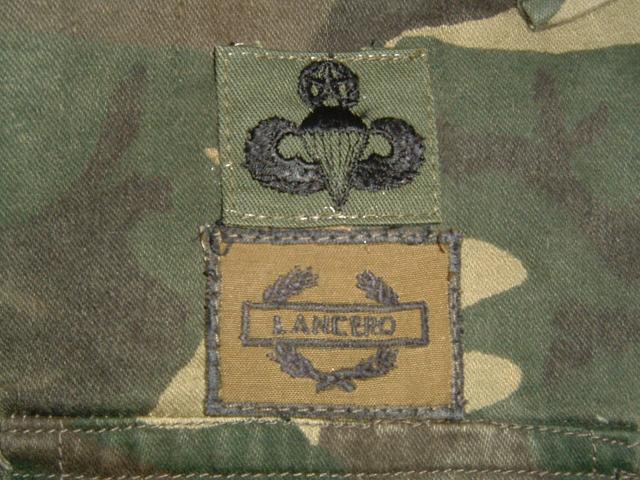 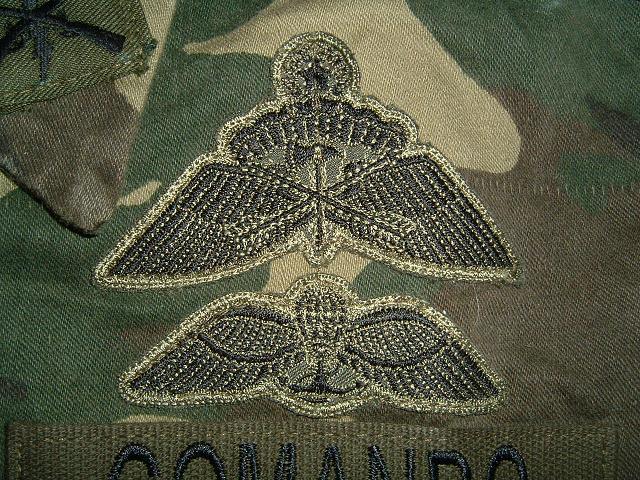 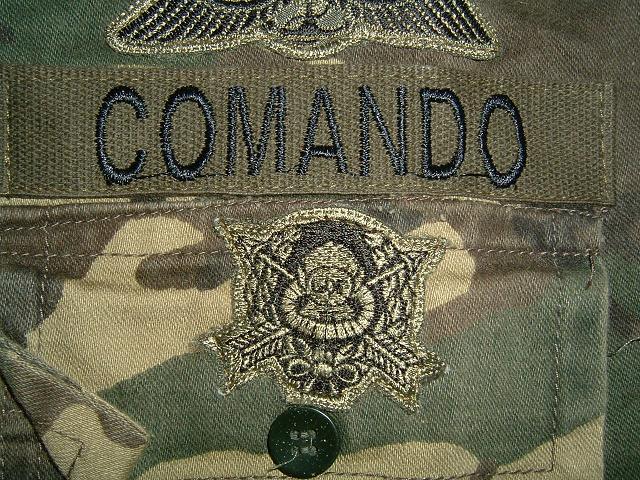 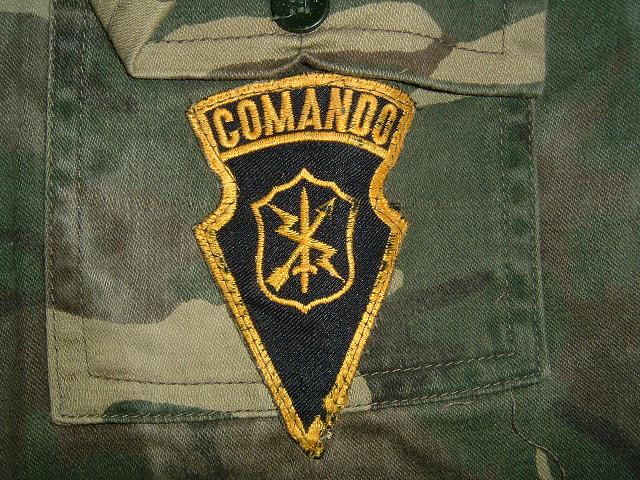 Collar tab insignia. Crossed rifles denotes infantry. The lightning bolt, I am not sure about. 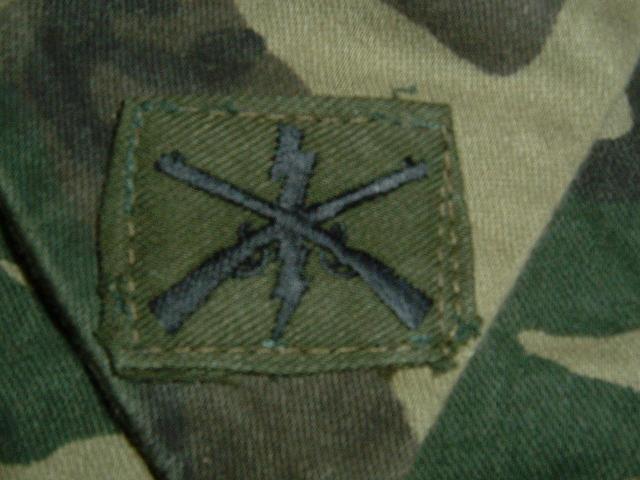 If anyone knows anything about this uniform, feel free to chime in. I think the El Salvador Comandos are like the US Special Forces troops. I am fairly certain the El Sal Paracaidistas is a seperate entity completely.
Arch
ADMIN

Boy oh boy!!!! between this set and the ERDL, I spent the evening mourning

Nice set!! Was there any rank? Funny that the owner did not have a nametape on it - is that usual for Central American militaries (in case their families can be targetted by guerillas?)
Osvaldo

hello there, I am curious. Are you selling these?. I am not sure if this is a site for collectors to purchase items?. I am interested in purchasing this uniform. Please let me know