Tuol Sleng is a school with four (4) buildings (A, B, C & D) that was utilized by the Khmer Rouge for detention, inhuman torture, interrogation and killing purposes and was officially designated S-21 (Security Office 21) on April 17, 1975 under the orders of Pol Pot. During the Khmer Rouge's reign of terror (1975-1979) they killed 1/3 of their own population, around 3 million?

The four buildings of this school had the classrooms converted into small cells 0.8 x 2 meters caging each individual prisoner. The front of the buildings was covered in a fishnet of barbed wire thereby preventing desperate prisoners from committing suicide by attempting to jump down.

In 1977-1978 building A was converted into rooms 6 x 4 meters each. These rooms were used for detaining cadres who were accused of leading the uprising against Pol Pot. These rooms were furnished with a bed, blanket, cushion and mat. An ammo box or plastic water container served as a toilet. Buildings B, C and D were reconstructed differently... The ground floor was divided into small cells by brick walls while the first and upper floors were used as larger cells where as many as 80 prisoners were crowded together.

There were 180 similar facilities for torture and death in Cambodia during the Khmer Rouge period. What is interesting is that the Khmer Rouge meticulously documented and photographed each prisoner. These records were collected and recovered after the Khmer Rouge were driven out by Vietnamese military forces. 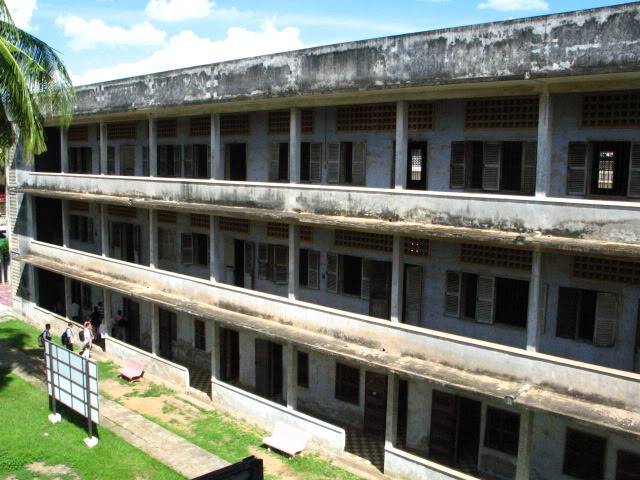 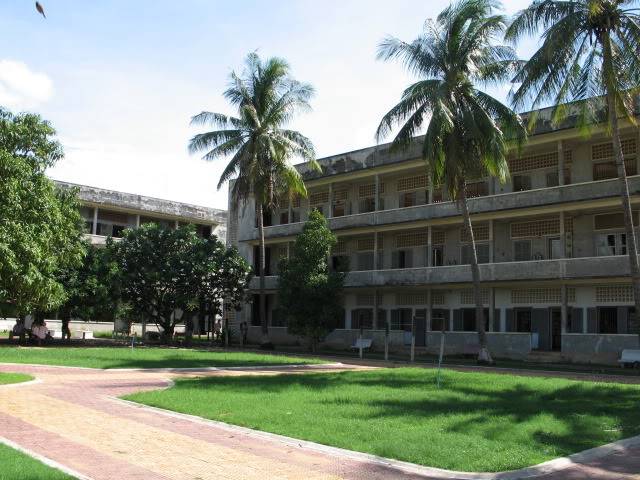 Building C - The fishnet of barbed wire can still be seen in front of the building. 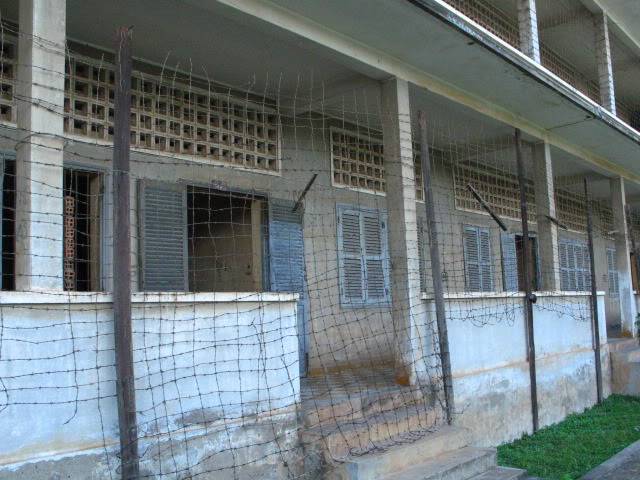 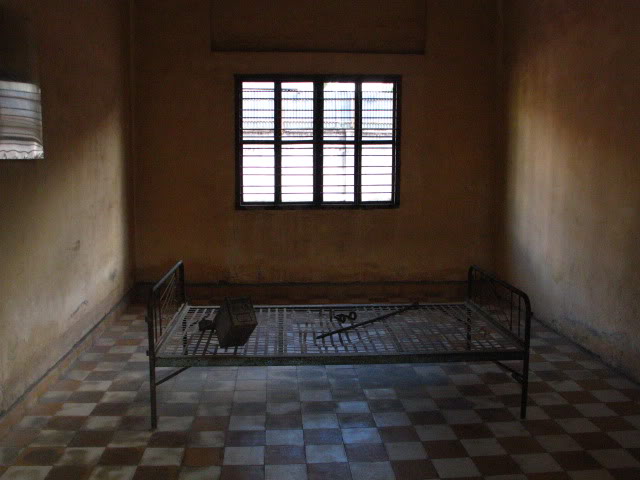 Prisoner Bed, Building A. The prisoner would be shackeled to the bed. 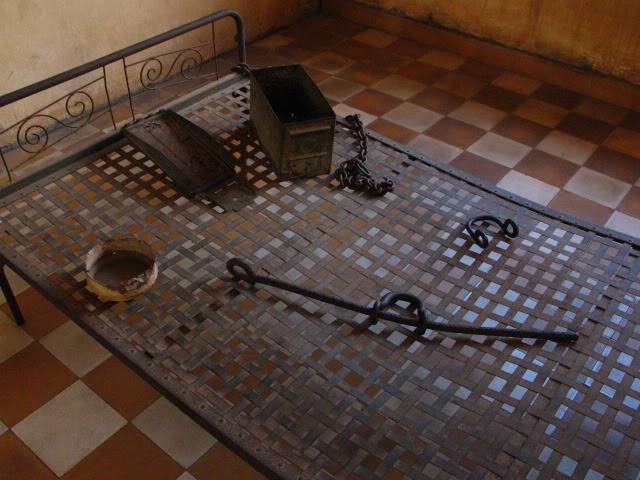 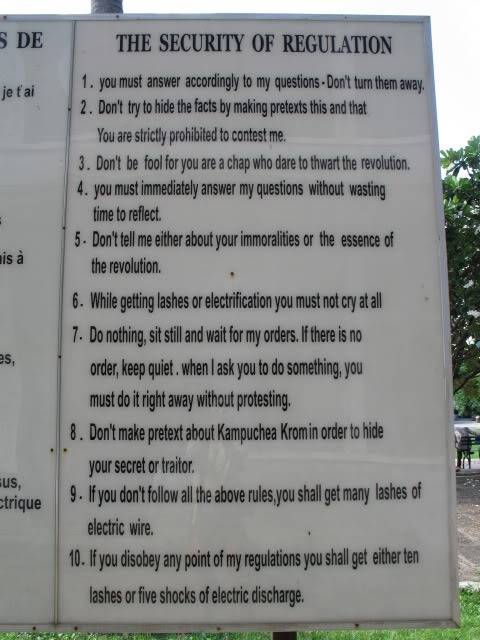 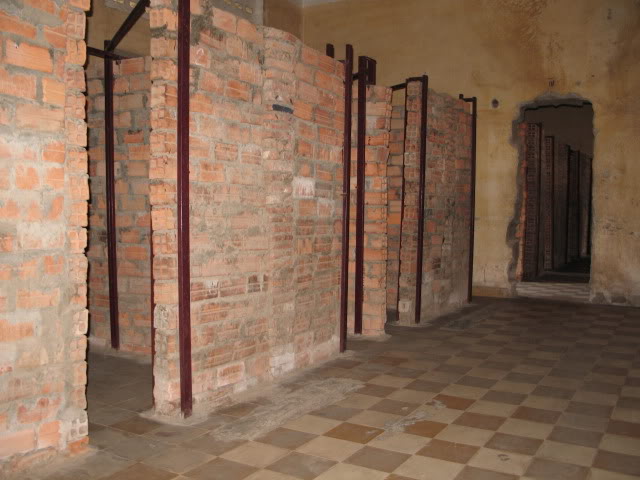 Prisoners would be chained inside these small cells. Chains can be seen in the pic. 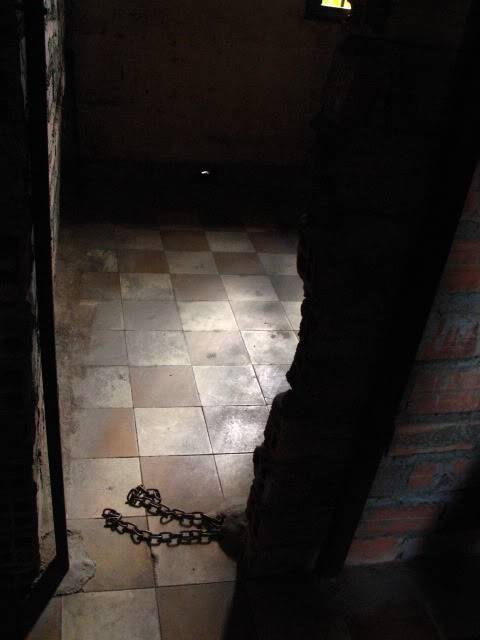 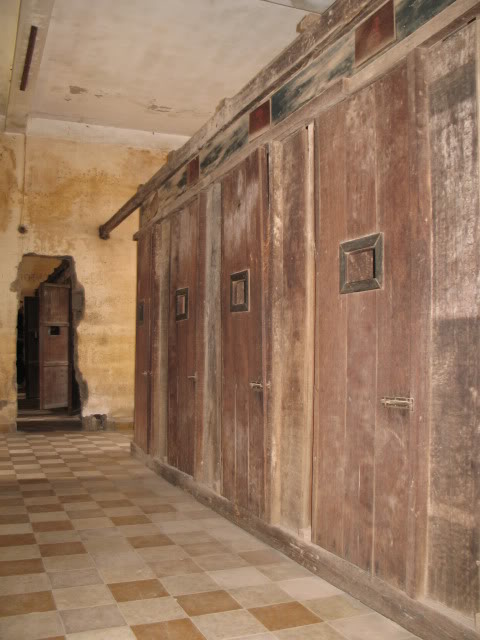 Interior of small cell with wooden walls, Building C. Ammo box on the floor is a toilet. 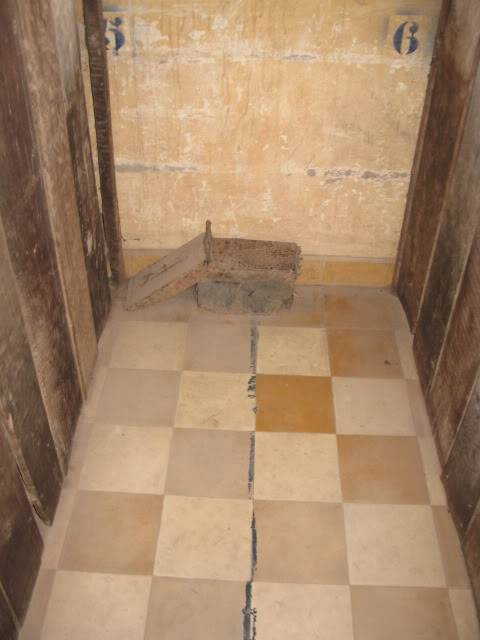 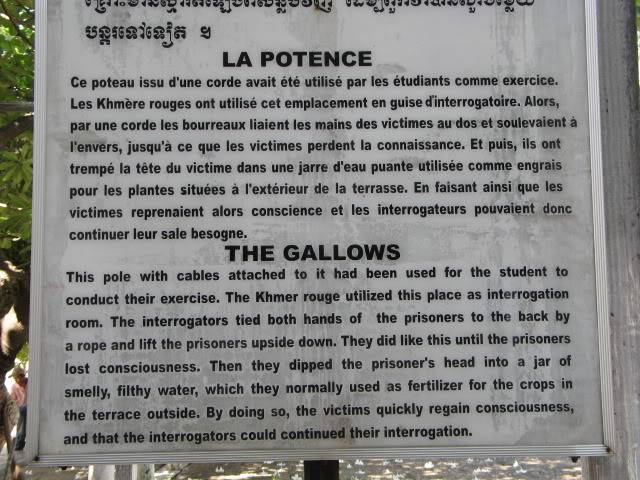 The "Gallows", how it was used. 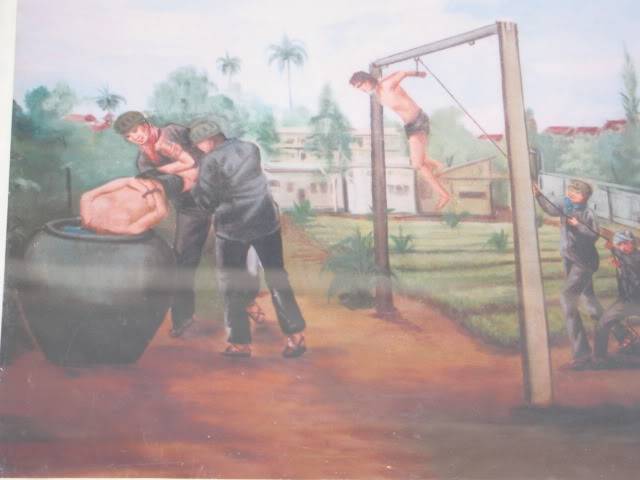 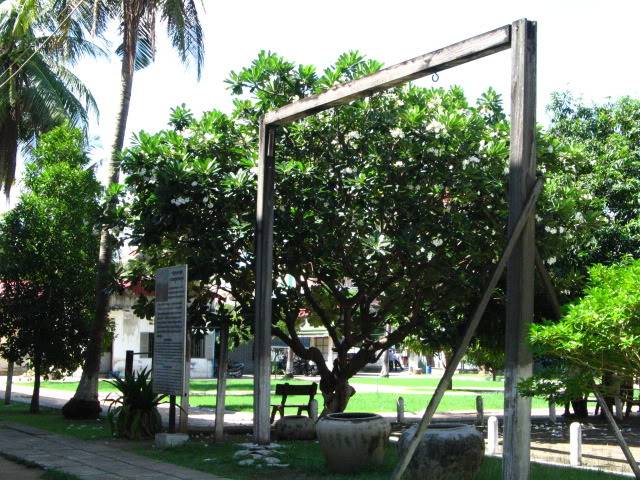 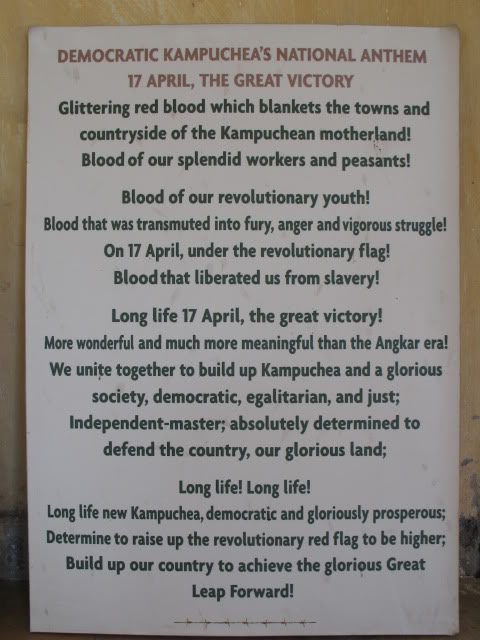 The victims, men, women & children. Many thousands were killed here. 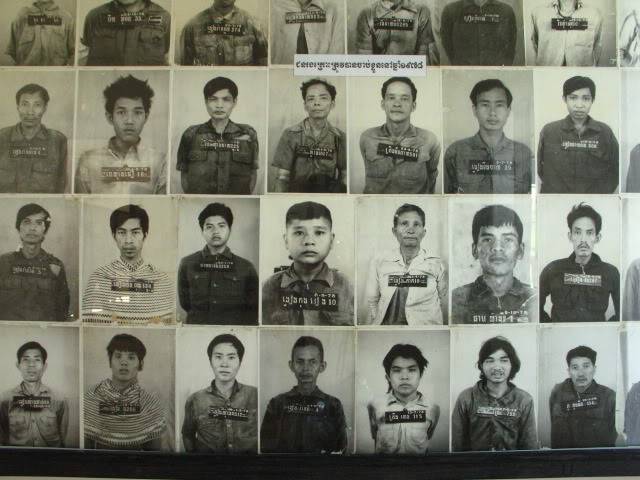 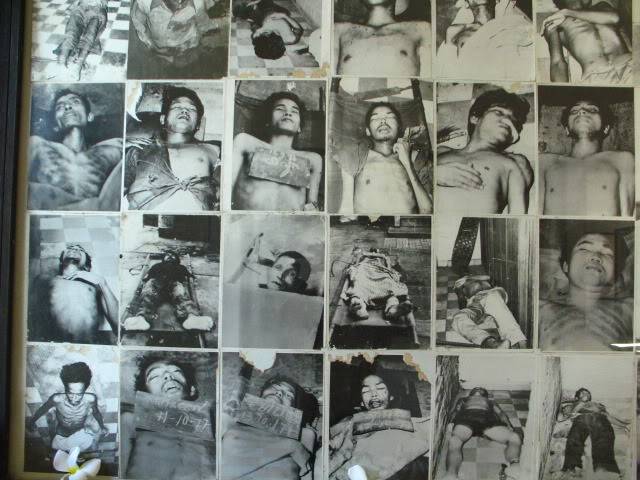 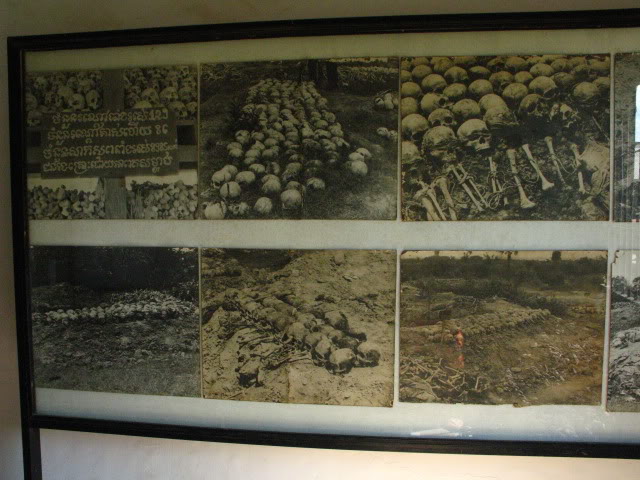 Lest we forget... That something like this should never happen again, anywhere.
kammo-man

ughhhhh..went there in '04, gives me nightmares to this day
nkomo

Thanks for posting this. It is a grim reminder of what humans are capable of.
_________________
Always looking for Central American militaria 1965 to 1991. Especially items relating to Coronel Velasquez El Salvador Armed Forces
panzerwerk

Thanks for posting this. It is a grim reminder of what humans are capable of.