Cu Chi is located around 70 kilometers northwest of Saigon (Ho Chi Minh City), which was the capital of the Republic of South Vietnam during the Vietnam War.

Construction of the Cu Chi Tunnels started during the war with the French, and continued up to and throughout the period which we have come to know as the "Vietnam War".

The Cu Chi Tunnel System extends up to approximately 250 kilometers, reaching as far as the Cambodian border. What is amazing is that the system was dug using primitive hand tools, and could support the weight of tanks rolling on the ground above.

The tunnel system has 3 levels, one at 3 meters, another at 6 and the deepest at 8-10. This vast tunnel system/ complex had workshops, schools for children, kitchens, hospitals, living quarters and more, connected to each other by "crawl" tunnels less than a meter in height. Some were even less than that (I had to do a lot of crawling). At the height of the conflict in the Cu Chi area, 16,000 VC guerillas lived in the tunnels.

The area was bombed by B-52's, so craters 12-15 feet deep can be seen throughout the area. Regardless of this, US and ARVN forces were not able to destroy the Cu Chi Tunnels. Even if a tunnel entrance was discoved and explosives lobbed in at times this did no damage as the VC cleverly constructed U-turns and/ or left/ right turns inside the tunnel entrances to absorb the blast from the explosion. The area was also littered with various types of traps and land mines.

One of the many, many tunnel entrances. This one measured around 1 x 1 1/2 feet, a extremely tight fit for a US soldier. 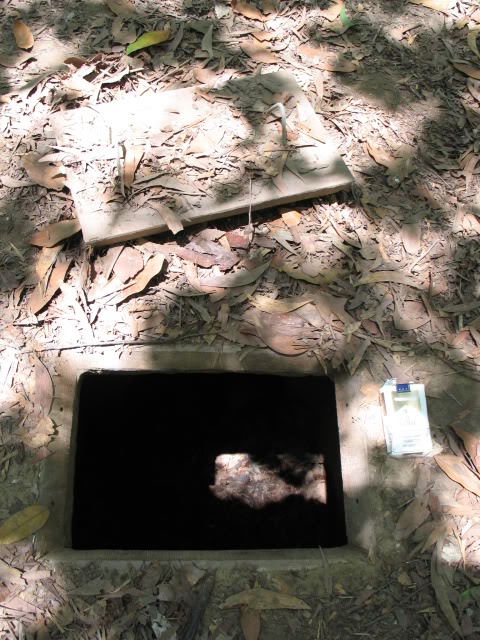 Tourist checking out a tunnel entrance. 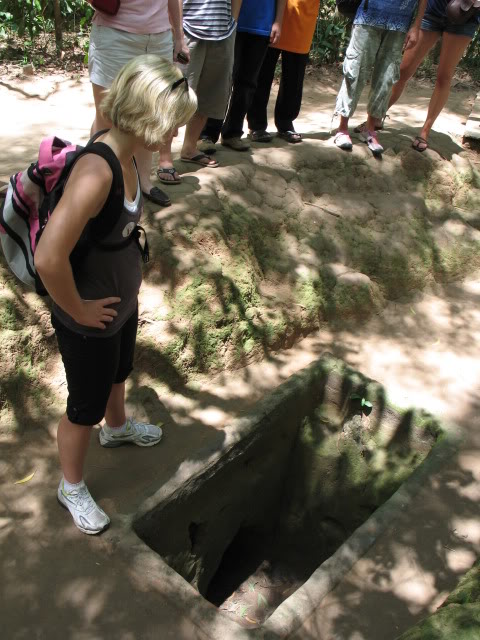 This type of tunnel entrance is known as a "fighting door". It is larger than most other tunnel entrances and allows large numbers of VC to exit the tunnels quickly to engage US/ ARVN troops. You can see that it is protected by a berm/ embankment. 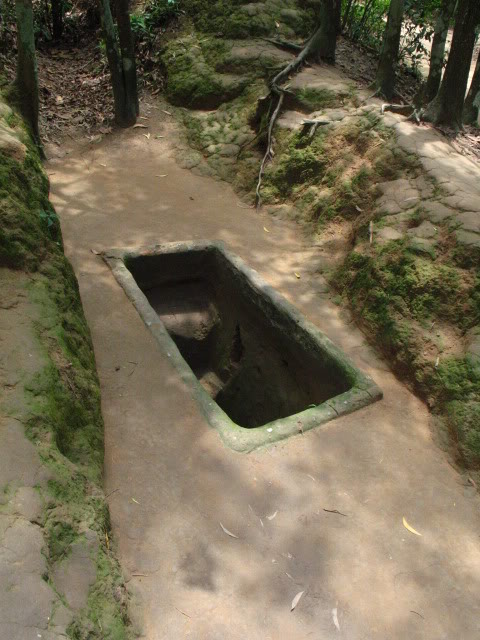 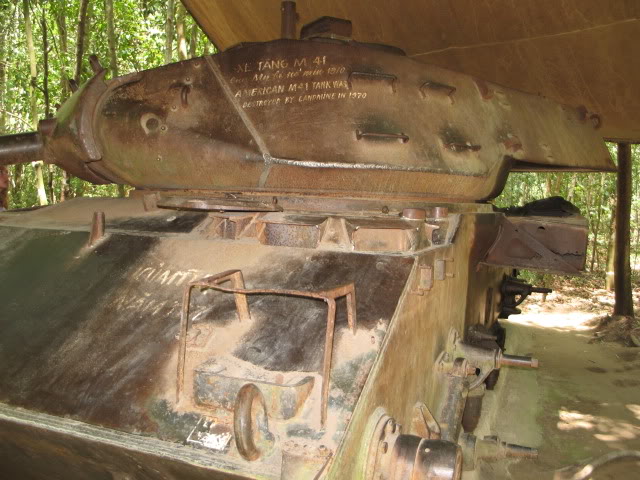 The writing reads that the tank was destroyed by a land mine. 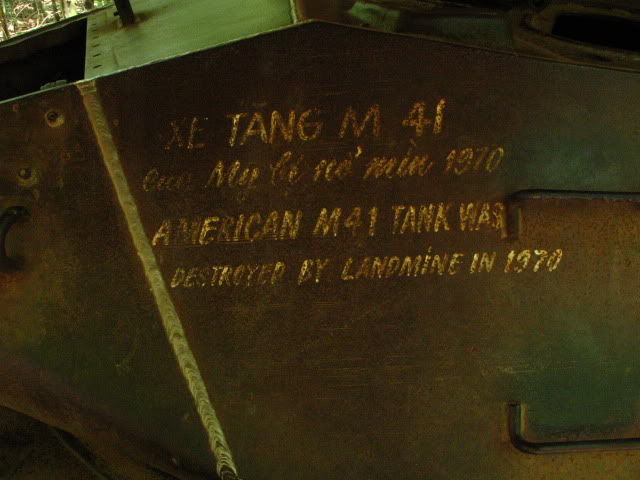 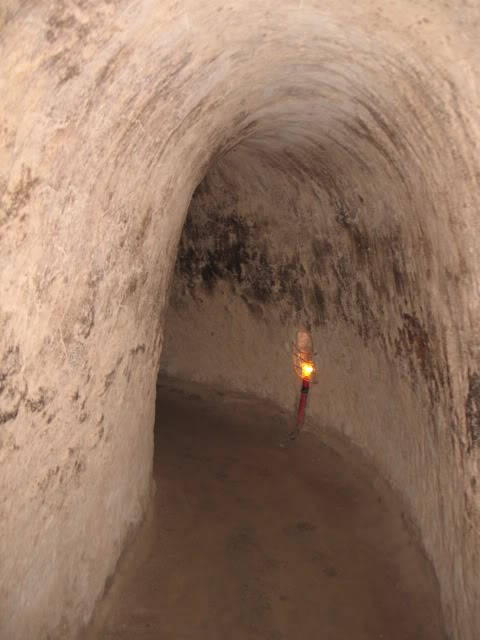 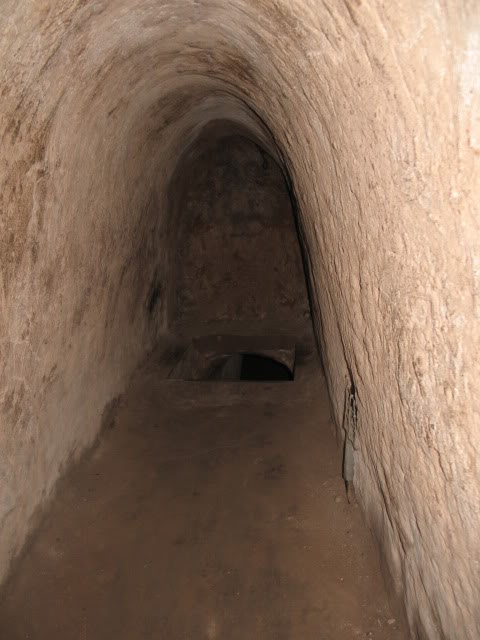 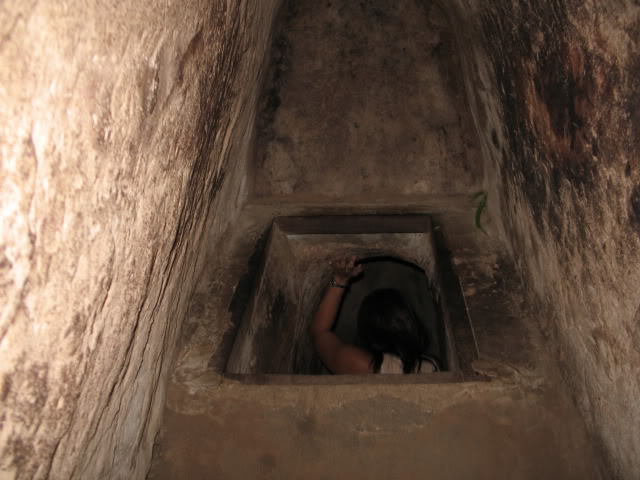 Examples of different types of traps employed against US/ ARVN troops. 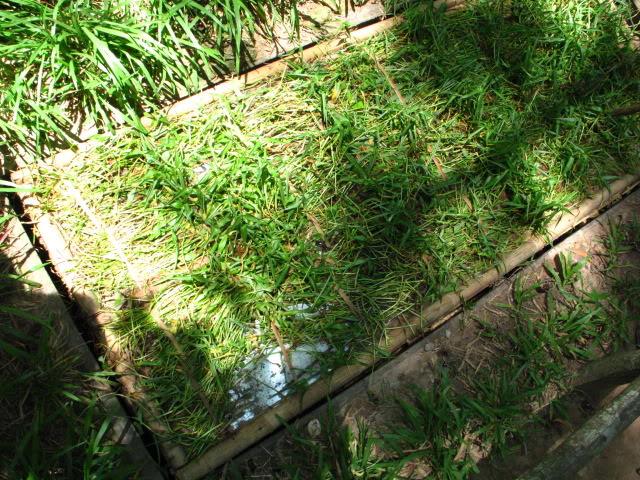 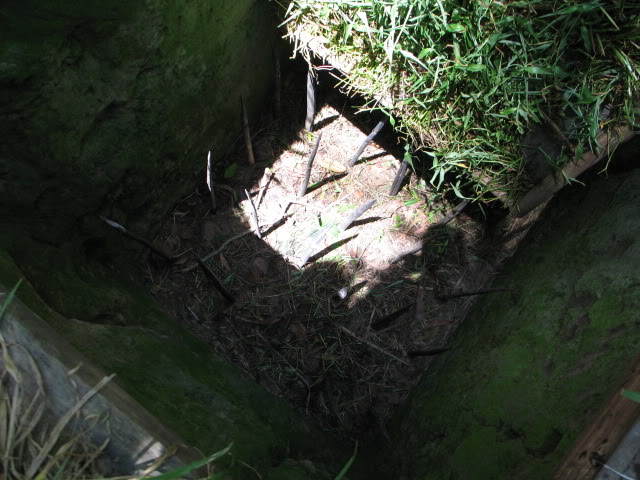 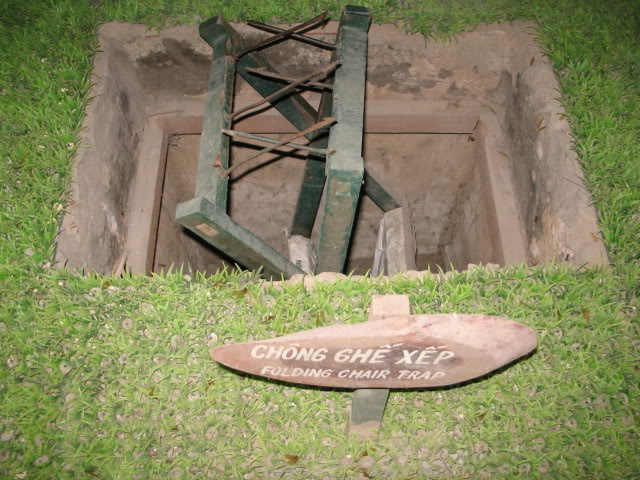 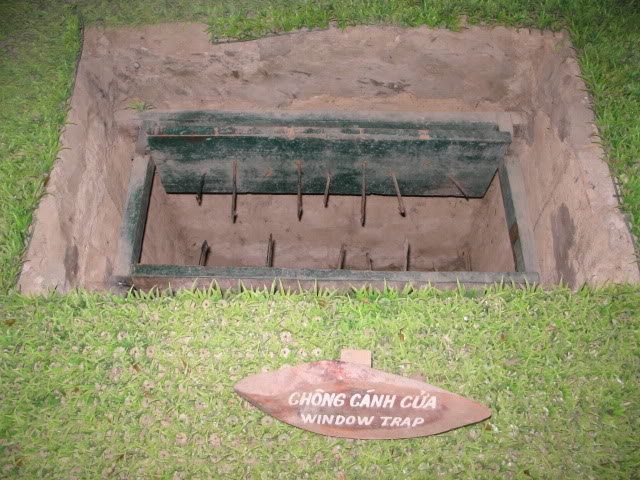 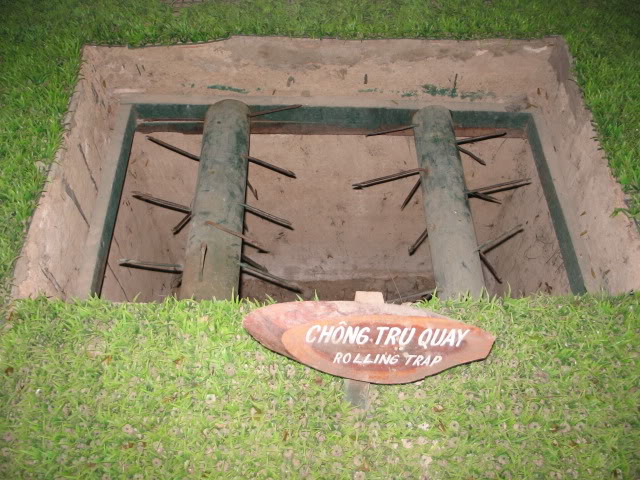 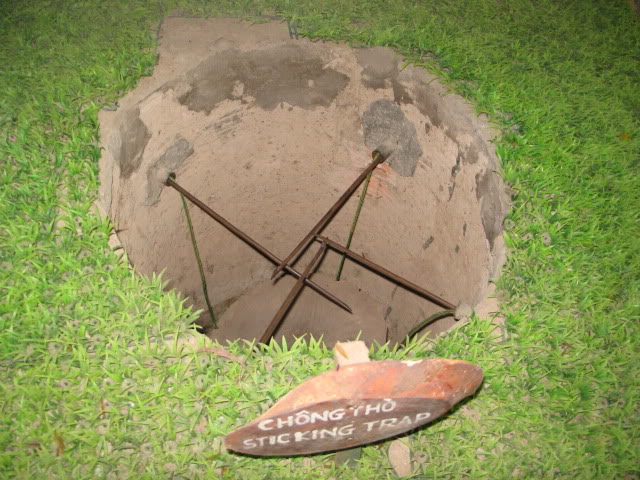 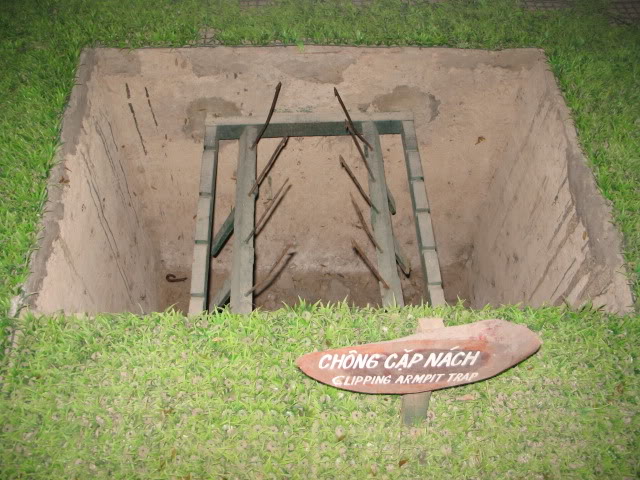 Got this book there... It has a lot of great pics showing contruction of the tunnel as well as living conditions for the VC. What I found interesting is that the VC in the pics used a LOT of US gear, including M-1 helmets! 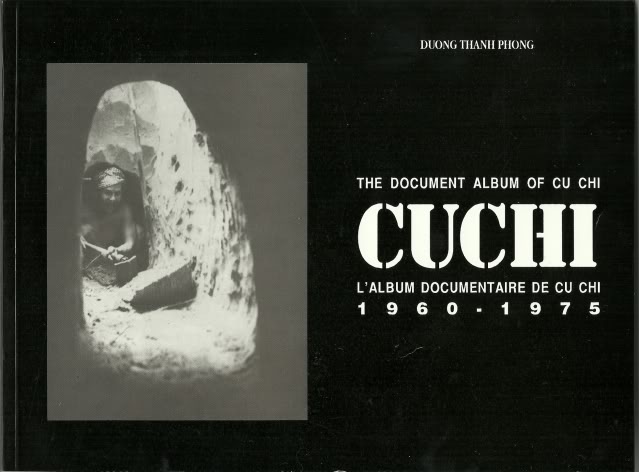