The Arab Legion may be long gone but at least one part lives on. One of Glubb Pasha's great successes was the "Desert Patrol", a Bedouin force which patrolled the interface between "the desert and the sown" east of Amman and up to the Saudi/Iraqi borders.

Today they still exist but call themselves Bedouin Police - however when I suggested it should be Dawriyya a'SaHraa (lit- patrol of the sands) this Naib (Sgt) lit up and agreed.

The uniform is exactly as Glubb's time but the revolver is a .38 Spl S&W and he's carrying about 100 rds of 7.62. The photo was taken a few days ago in Petra 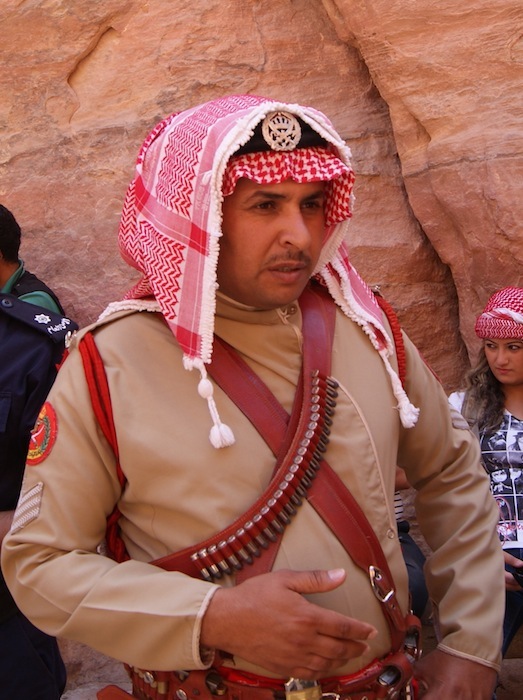 Great pic and background story, Eddie. Didn't bump into Indiana Jones or the Last Crusader by any chance ...?

Funny you should say that. One of his many monikers is "the man in the hat" - which, to a traditionally minded Arab from the old Ottoman Emire area is a pretty dire insult! Why? Well because the much hated Turkish overlords wore hats rather than headcloths. Mind you so do most westerners today - go figure!
Eddie
Sponsored content