Anybody know anything about this pattern? I've got a set, though darker and have always thought it to be commercial.

Bravo_2_zero, what's that tag look like? I love tags!

CollectinSteve wrote:Anybody know anything about this pattern? I've got a set, though darker and have always thought it to be commercial.

Bravo_2_zero, what's that tag look like? I love tags!

the shirt is very very dark, it's lime green and black to the naked eye. I was told it's used around the boarders ?
Mercenary25

I'll try and remember to dig mine out. IIRC it's in BDU cut. I got it from a friend of mine who bought it from someone in Thailand, so the only thing I can confirm about mine is that's where it came from

I don't think it is a commercial pattern. An issue of the now defunct 'Gung-Ho' magazine in the mid '80's featured a uniform of this pattern badged up to a Thai soldier in their 'Cammie Review' series. However, the cut of that uniform looked to be OG-107 type. Pictures of the period show that the pattern was also used by various anti-Communist movements after 1975 including Karen rebels. A friend of mine acquired an example with a purple- brown infil sometime in 1981.
Mercenary25

Look at link provided below. It is commercial tiger stripe. It was said that this type of jungle fatigue pattern tiger stripe style was experimental for USMC during 70's if I remember correctly, however, it was never adopted. So this pattern was used for commercial. Most of dealers labeled it as replica, however, it would be one of most crap replica because it isn't what being used in Vietnam.

I have the tag photo

Don't be fooled about the Large like i was, it's child sized.

This is the best shot i can get to what the human eye see's. The jacket is black and lime and don't show the rest of the colors until in a very bright light.
CollectinSteve

My guess is that either both of our sets are commercial or yours is original and my is commercial. The Thais use the slant pocket with rounded bottom edges on Thai Marines ERDL and Tigerstripe uniforms, so for sure the style you have is consistent with real Thai gear. Mine, however, is not 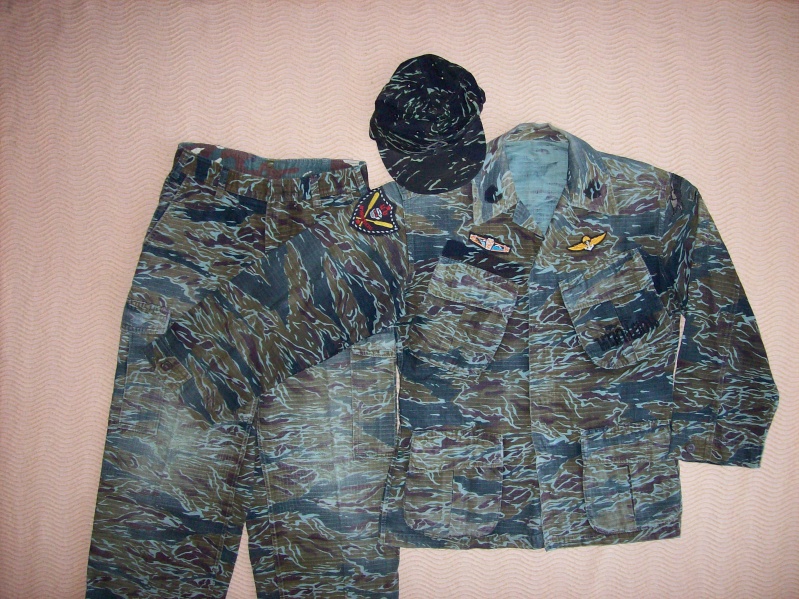 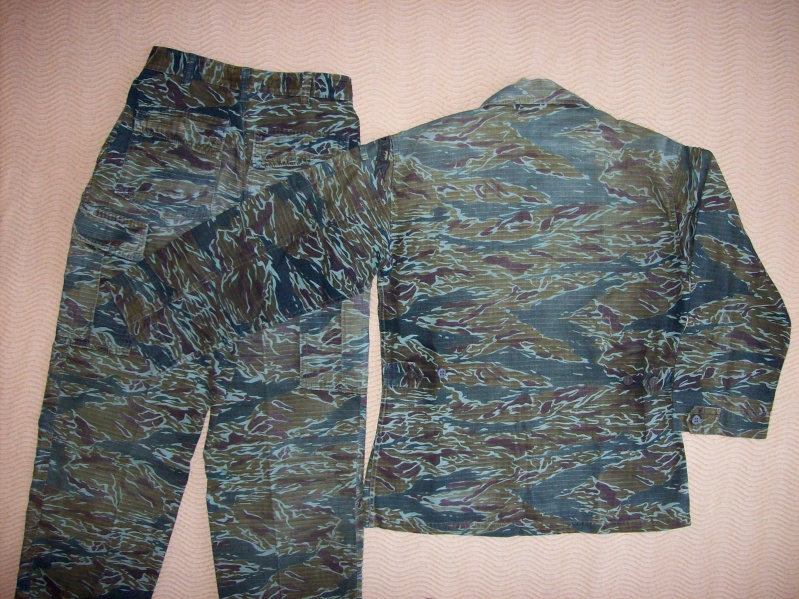 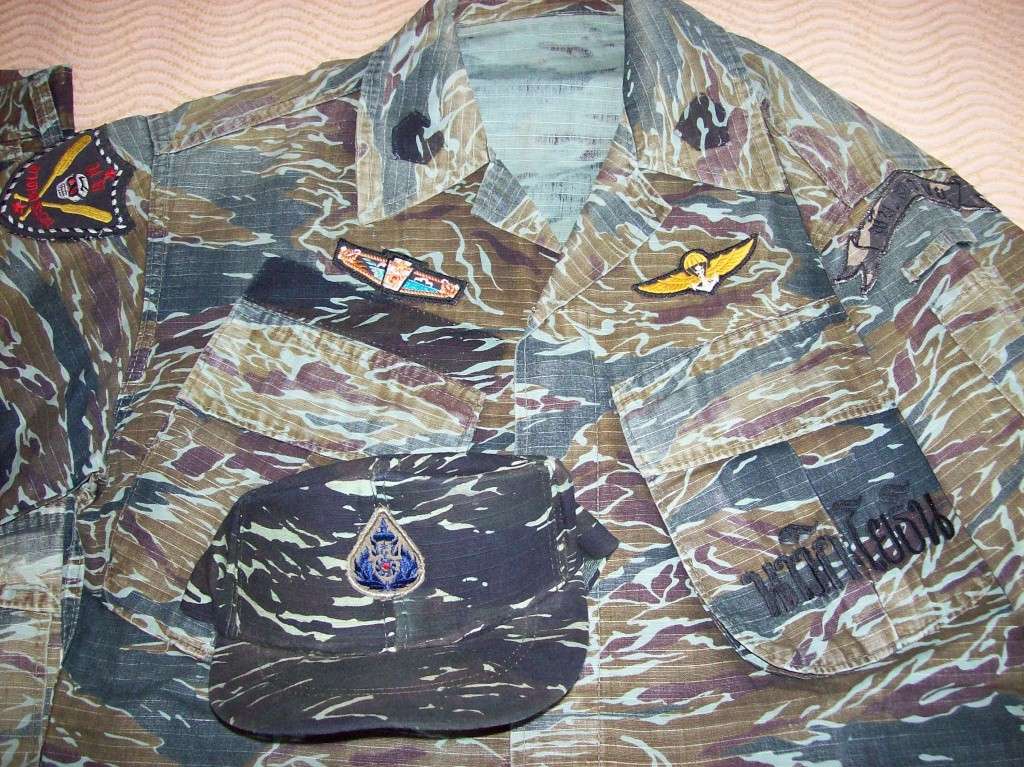 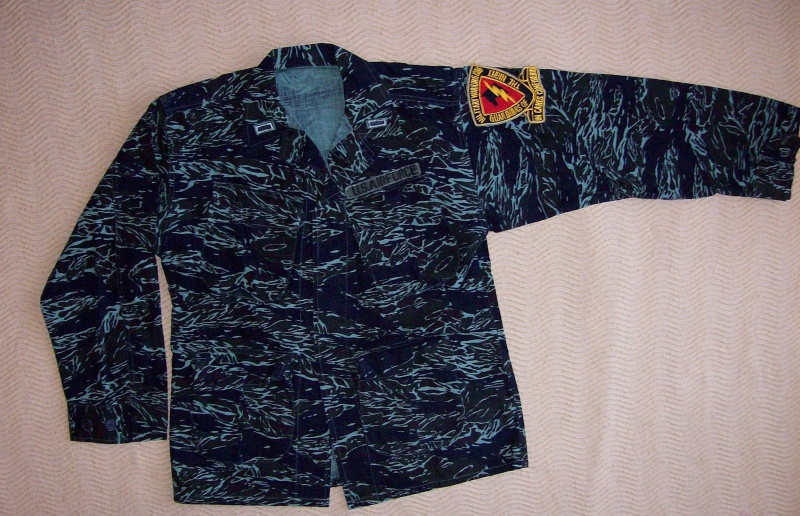 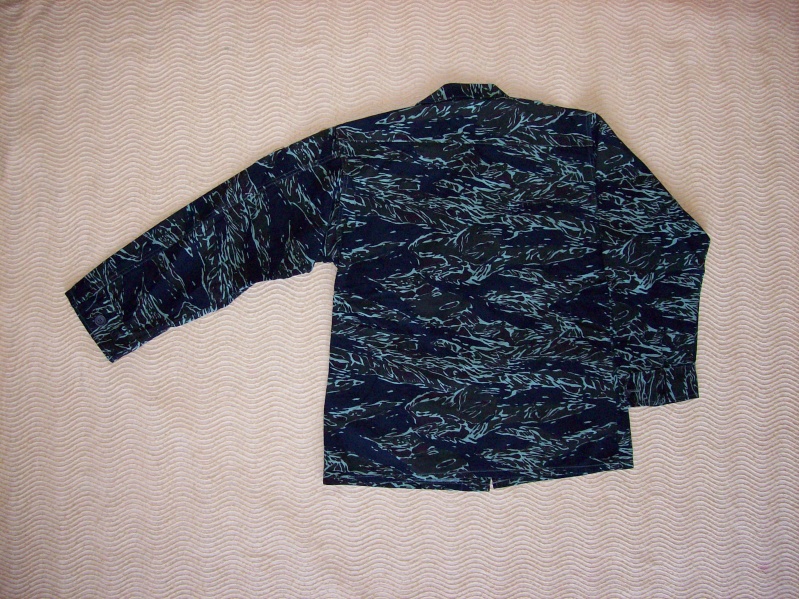 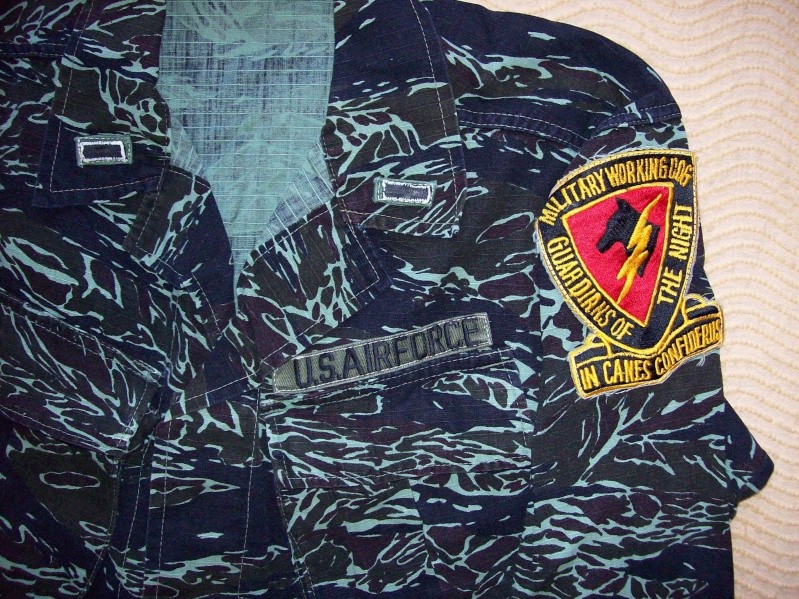 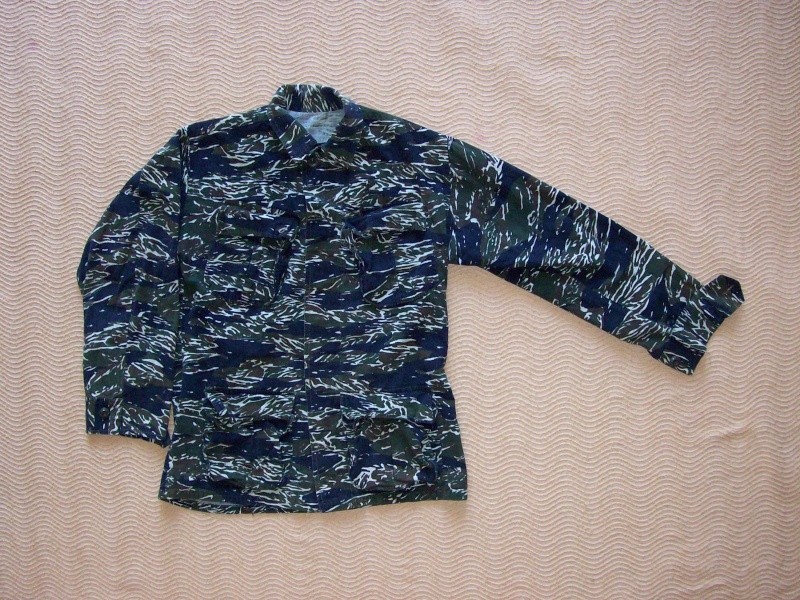 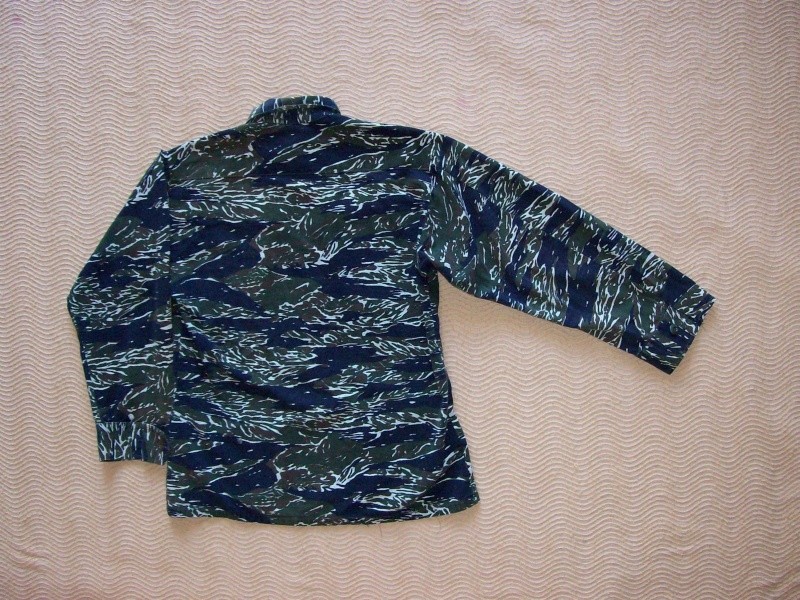 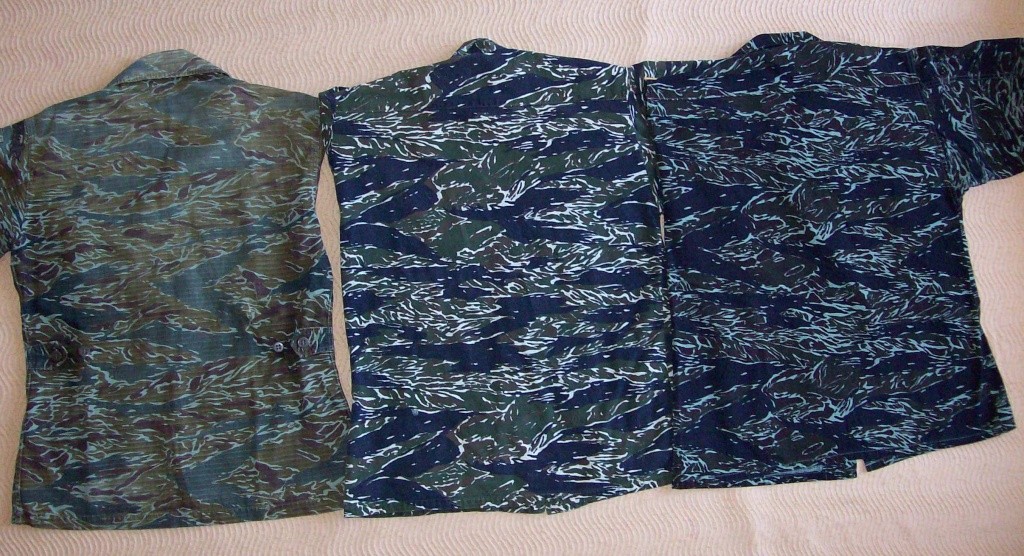 Not easy to see, but the drawing of the 3 patterns is different
The original colors are that you can see on the USA patched jacket
Gilles
filupe

Nice ones, vonstuck! Pretty much conclusive proof that this pattern was used not only by the Thais but also by USAF security elements, probably based in Thailand. The faded example is interesting as it looks like it might be a mirrored pattern to the other two. Note also the unfaded colours below where the Thai nametape and rank insignia have been removed. The embroidery on the pocket is typical of the Thai Marine Corps and if I recall correctly the patch is for their recon element.
Sponsored content