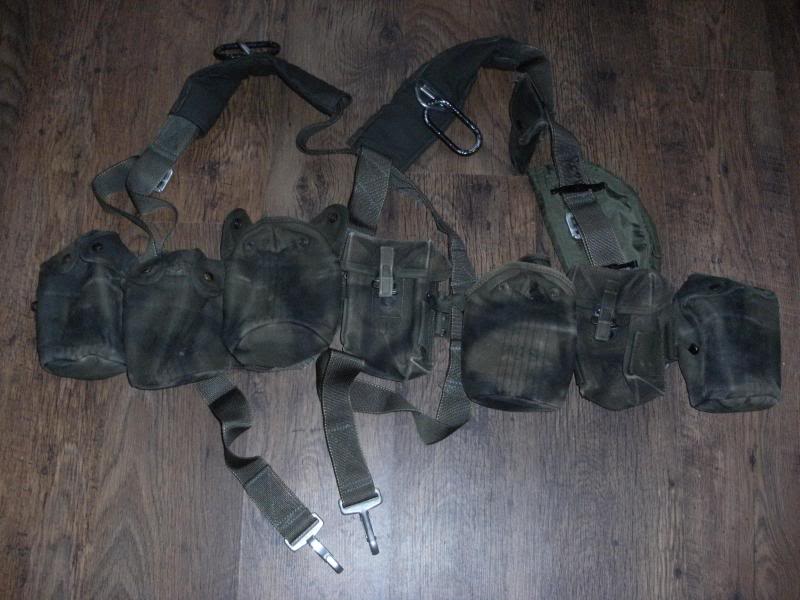 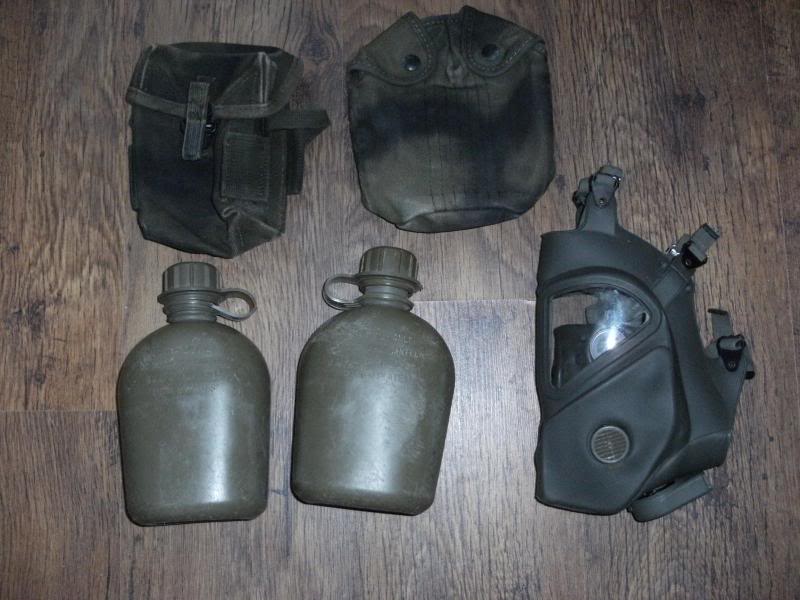 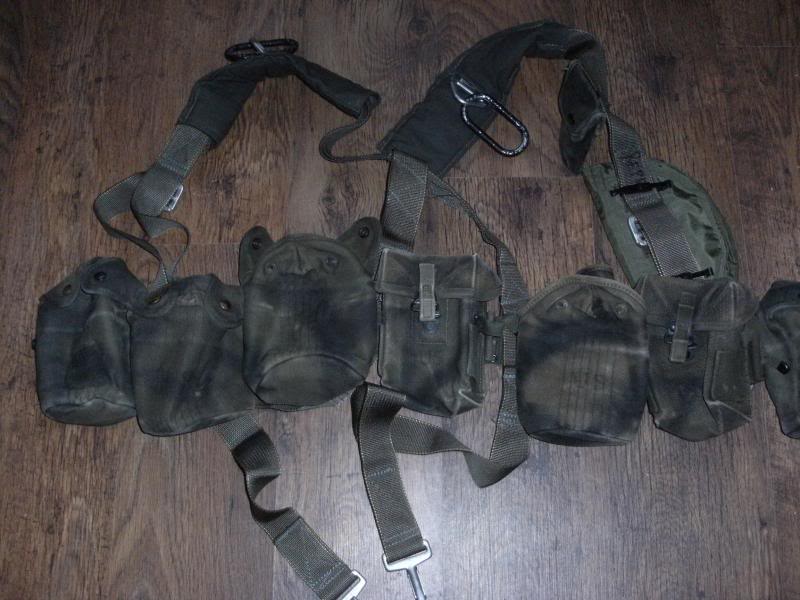 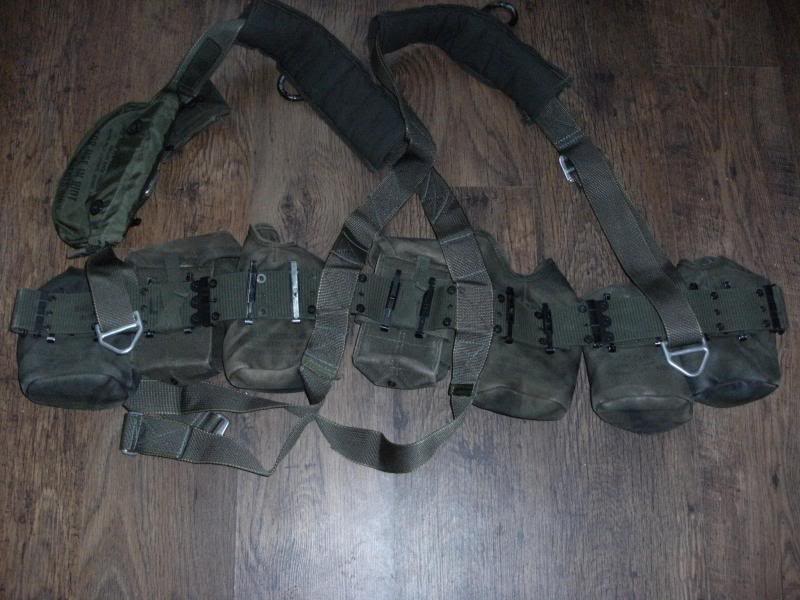 I was reading an account from a MACV-SOG guy, and he said that he used lots of canteen-covers on his webbing to hold drum-magazines. Did you find this rig in its current condition?
Gulf91

Several passages in this interview mentions their use: http://www.modernforces.com/stories_interviews.htm

Modern Forces: "Again not sure if any your team members carried an RPD but we were wondering how ammo was carried, pictures I have seen show normal canteen pouches being used but an RPD mag wont fit, and I have tried quite a few times even cutting the pouch etc. We had a theory...might it go something like this... - Prior to contact - RPD with drum attached (easier for transiting boonies, stealth etc as opposed to having a 3ft length of rounds jinking about the place) - First contact - belt in drum expended - Reload of second belt directly into feed mechanism and so on - After break contact and reorg - reload fresh belt into drum and carry on patrol"

John Good: PDs - "The way you described it is pretty accurate. (a) Carry a full drum attached to the RPD (b) When expended, feed directly from a canteen cover - generally held a 100 rd belt (c) After a heavy contact it was more likely you would be extracted as your cover and likely your mission was blown so would be no reason to reload drum in the field."

Another guy talks about keeping grenades in his.
Martin

What's the semi-circular pouch with lettering on the webbing strap? It's not the gas mask pouch is it?
Gulf91

Yes Martin it's the case for the gas mask.
sh4pak

Didn't mention I was impressed, did I?

Fist time I heard about these was from reading Barry Sadler books, way back in 6th grade. Still haven't seen a real one in-person. They had Swedish K's, Mark I's, and genuine tiger stripes in the SF Corridor~ but no STABO.