Any ideas how old/what period this type of boot would have been worn and by who please? 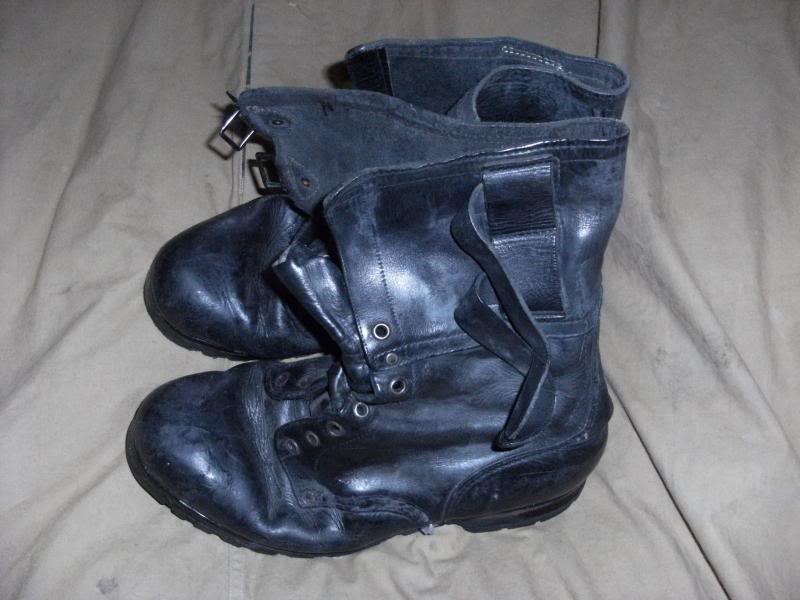 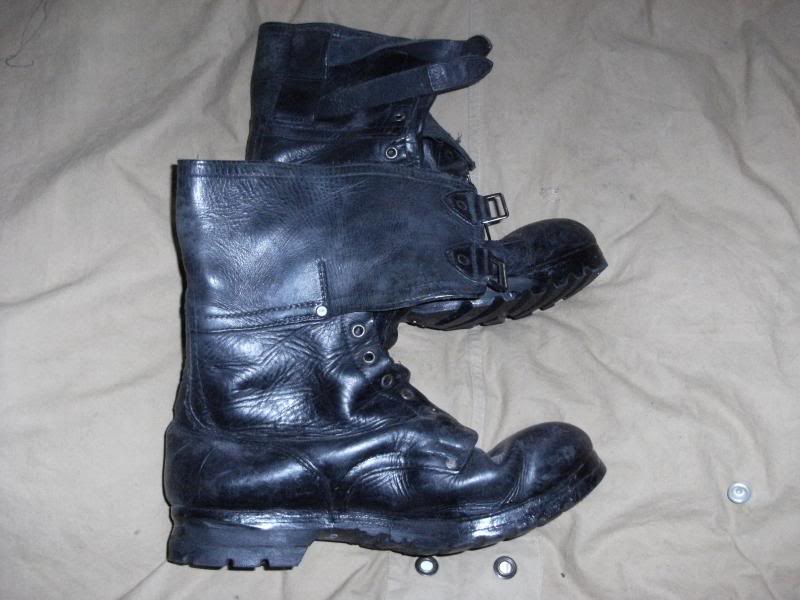 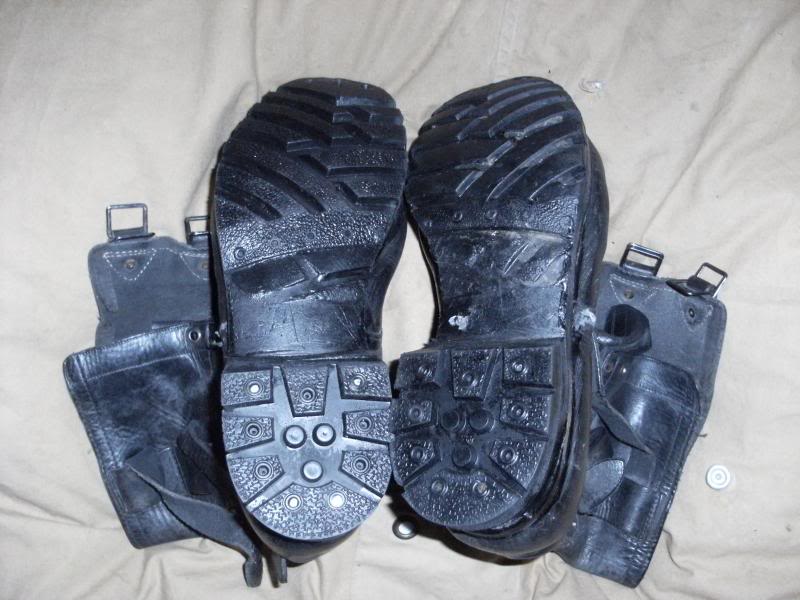 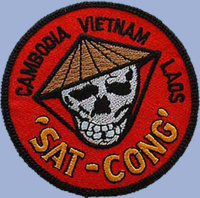 Those are Czechoslovakian VZ. 72 boots. Also known as Kanady vzor 72.

They were mainly worn by Czechoslovakian soldiers during the Cold War through 1972 to the 1990s. Those boots are roughly 47 years old (if they were made in 1972). After the 1990s, the VZ. 90 boots were released, but I believe the VZ. 72 were still worn by the Czech and the Slovaks (mainly by the Slovaks) for some years, though the Slovak version of this was slightly modified with stitching on the counters. This type of boot was worn heavily during the Yugoslavian Wars during the 1990s by the Croatians, and whoever could get their hands on this pair of boot.

It looks like your pair is freshly resoled, as well as with a new heel and put into storage, though it looks like they slapped a fresh half-sole on the original sole as you can still see traces of the original sole. I had a few pairs of these, but they were all in terrible condition, sized wrong, sole and heel heavily worn out and the nails on the heels were protruding through the insoles. If I remember right, mine had 3 insoles of some sort, a plastic mesh ventilation insole and 2 cardboard insoles. The pair I had looked like it was actually used during the Yugoslavian War.

Lastly, my bad if I necro'd this thread, but I thought it was interesting and I am new to the forums.
CollectinSteve

Welcome! I've got most of the CS kit and yet know next to nothing about the boots. Do you have info about the differences between the vz72 boot and whatever came before it?

Personally, I am always happy to see a long forgotten thread pulled back to life when there's something new to be said. Far better than starting up a new one and recover the same old ground. That's in my opinion, but I am a Mod so I guess that counts for something

Yes, the boots that came before the VZ. 72 were the VZ. 60 and VZ. 62. The VZ. 60 were pretty much based off and inspired by the American M43 boots, as well as French boots and the Polish wz. 58 boots. The M43 boots were extremely well-liked and copied throughout many countries.

VZ. 60 boots came in both black and brown with a different style sole. VZ. 62 boots came in brown that were reserved for officers. The VZ. 72 was introduced to replace the previous models and became the standard issue boots of the Czechoslovakians up until the 1990s, but was still used. According to what I read about the VZ. 72 in Czech posts, they seem to be mostly well-liked for their legendary durability, robustness, strength and of the unique sole. Some even wish that they were issued with a Vibram sole, though they also say a lot of moisture gets inside the boot and may be uncomfortable for some. I had a few pairs, but they were totally shot, so I couldn't wear them and have a word on them.

I would post some links about the history of the Czechoslovakian boots and similar ones, but I am unable to post any links.


Lastly, quite a bit of pictures for reference and to show similarity: 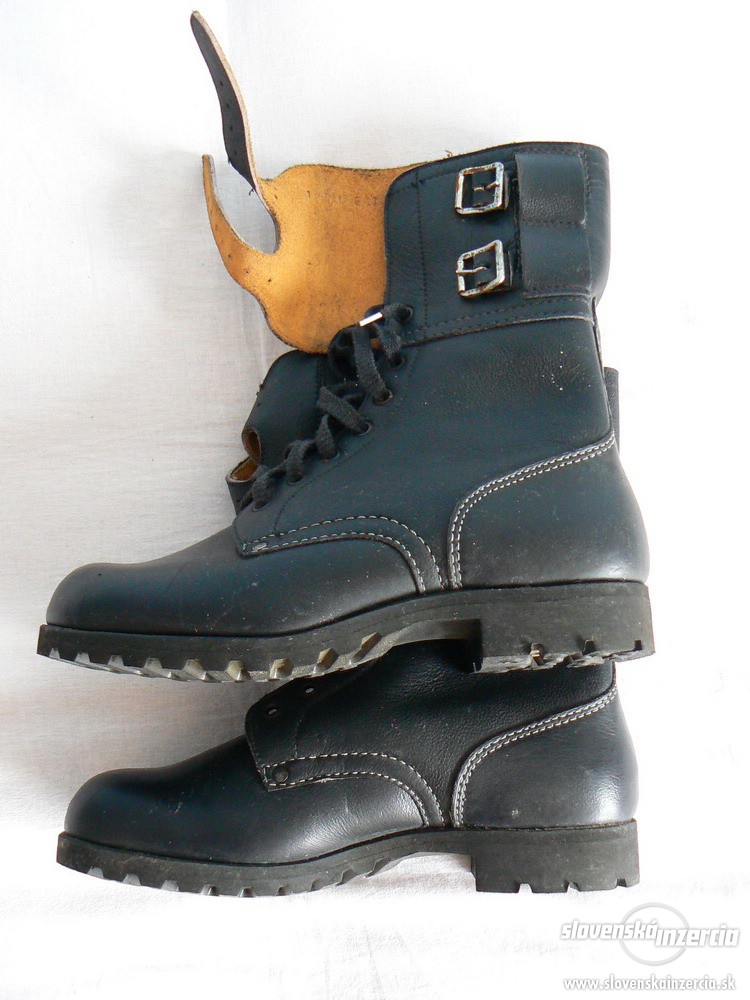 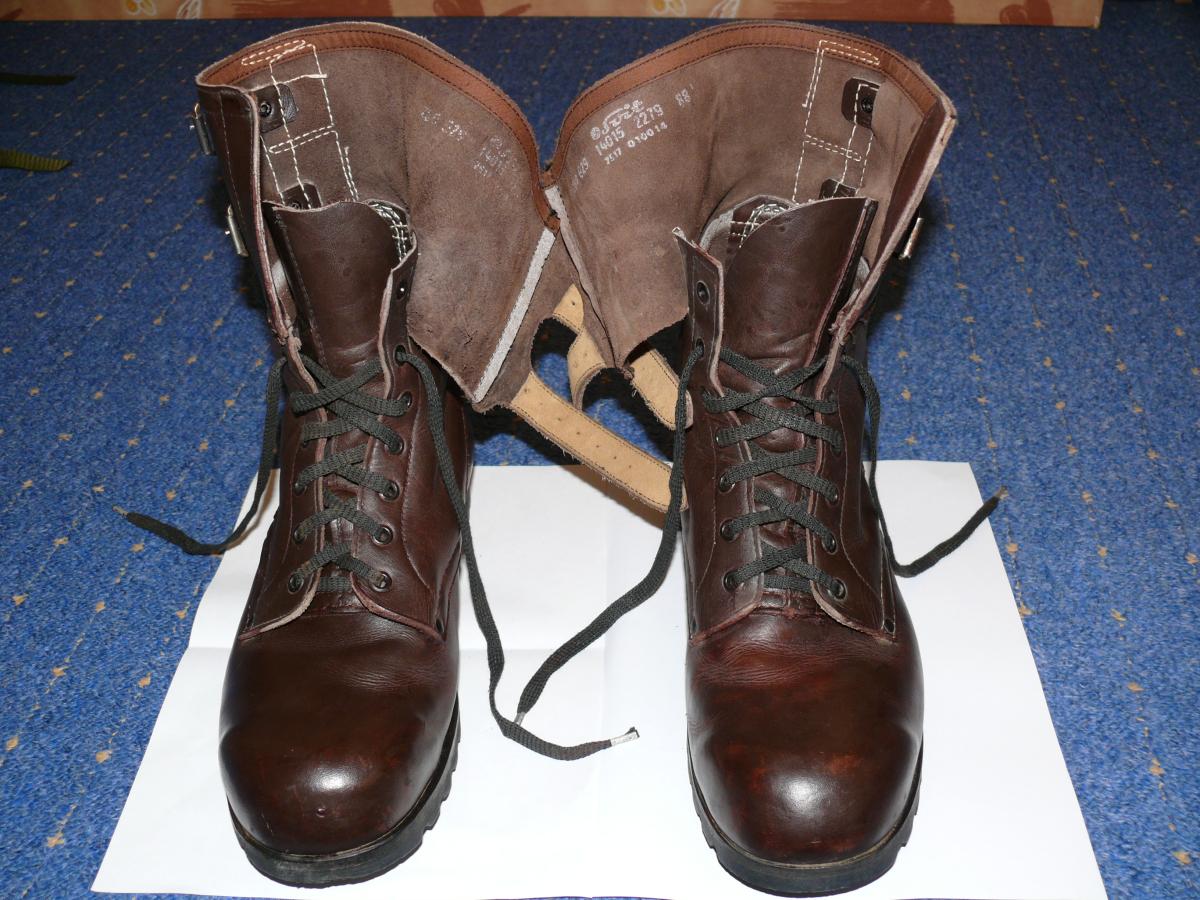 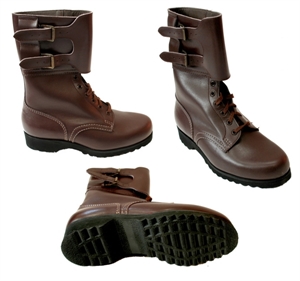 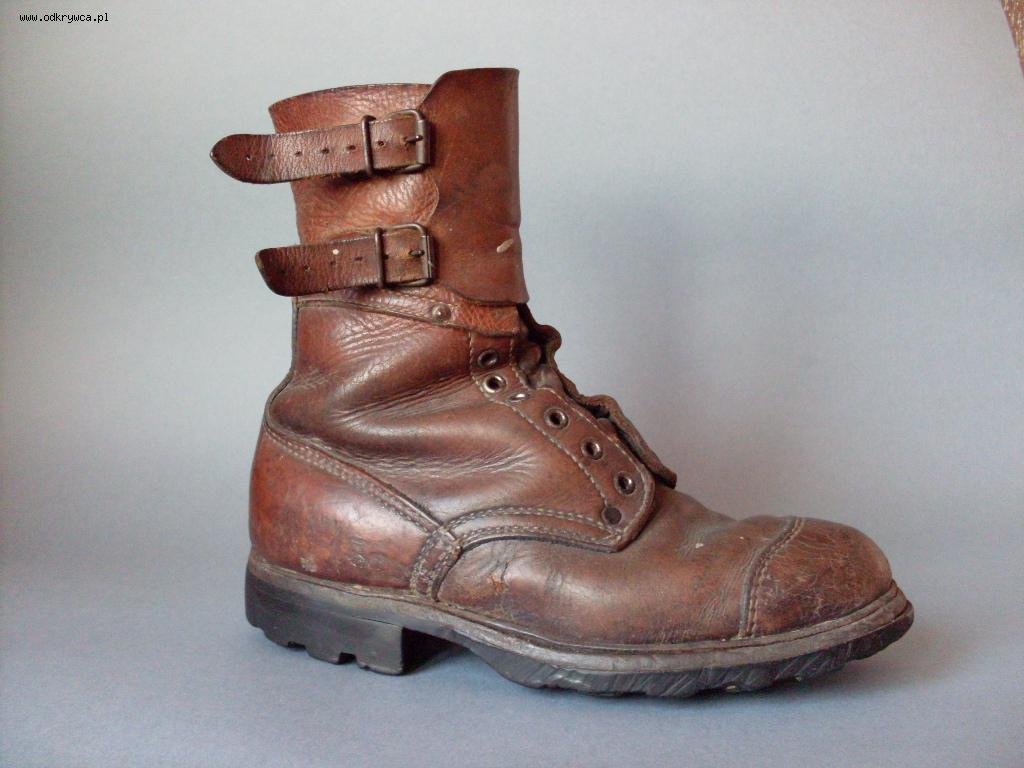 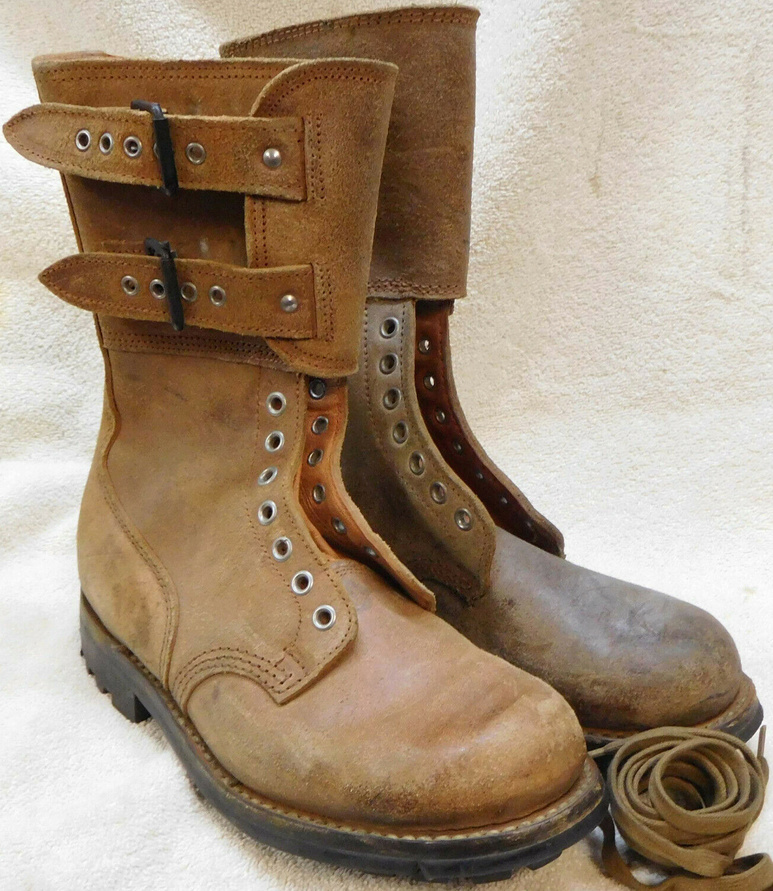 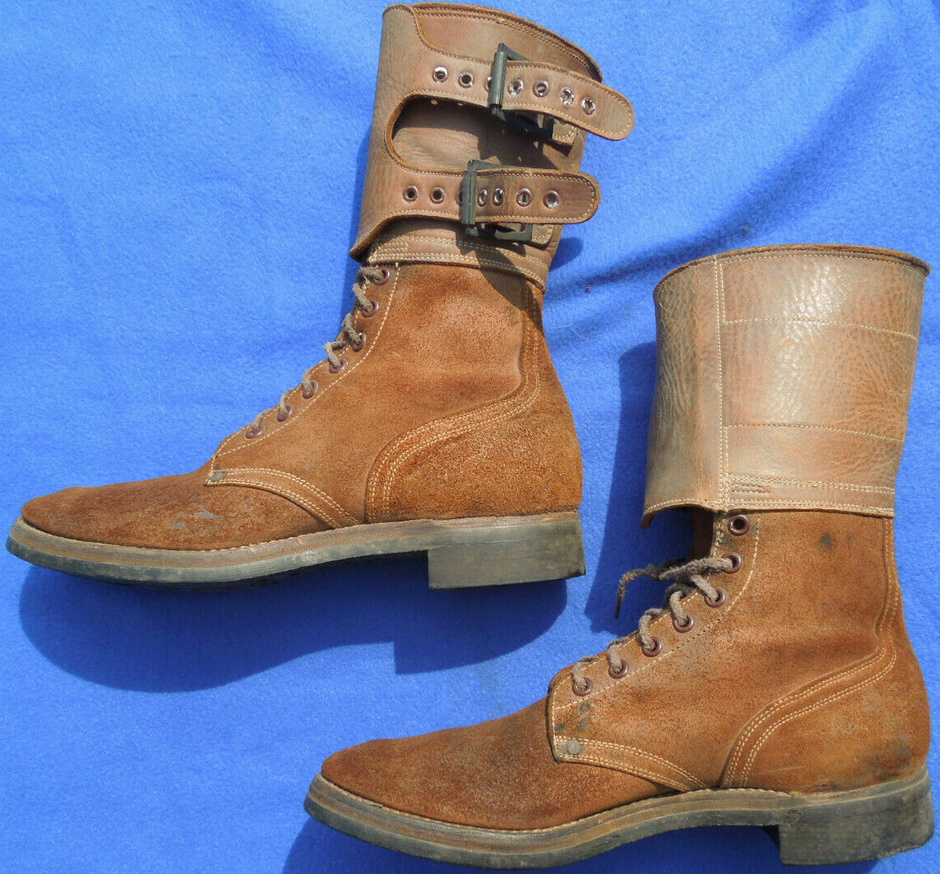 Hi and welcome to the forum.

I don´t think that the vz. 72 is the official designation for the boots.

I found this, they are mentioned in czech wikipedia for high combat boots and that is basically it.

I am trying to find online the Czechoslovak army uniform regulation from 1980 or 1986, but no luck so far. Anyway I am 99,99% sure that all black double buckled boots are referred as vz. 60 in official documents. I think that vz. 72 is more like collectors designation to distinguish different models of vz. 60 as they for example used 3 different buckle types. Standard buckle with pin (like your black vz. 60 picture), double D-rings like in the first post of this topic and also buckle made of a single sheet of metal like this:

BTW: the groove in the heel of the boot is for attaching skis. 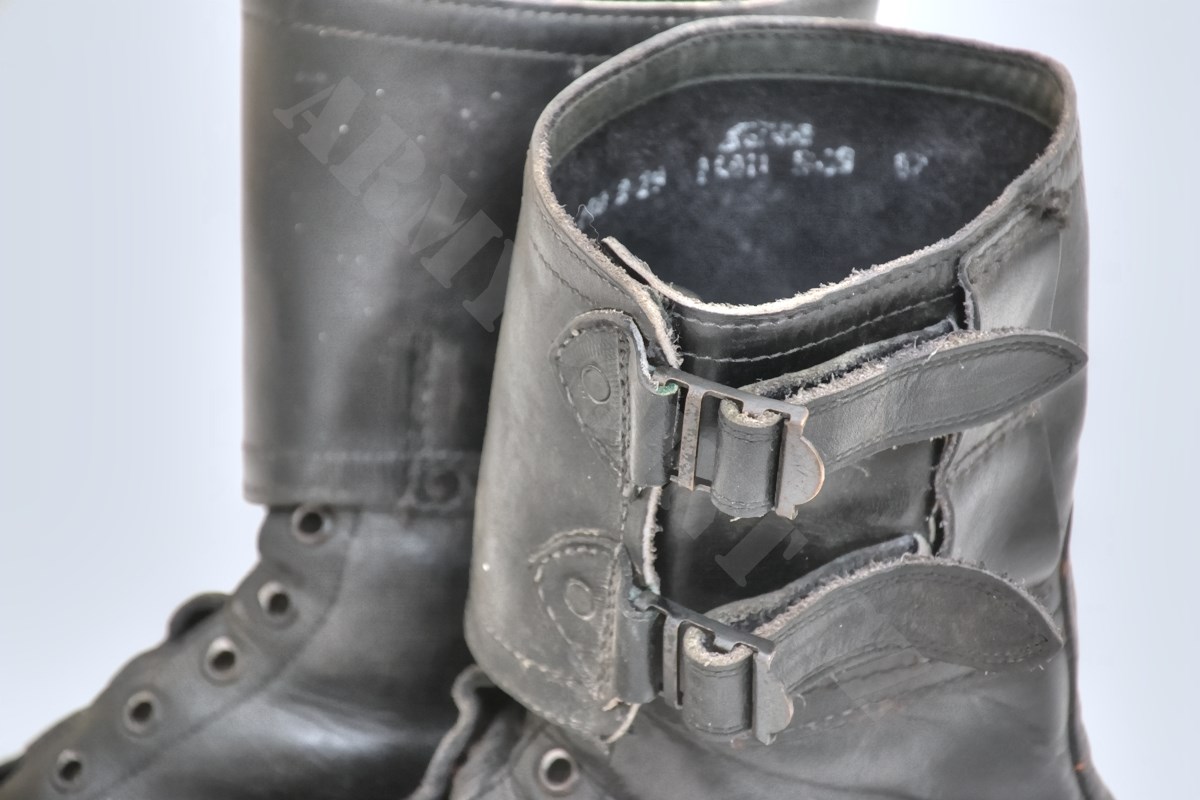 I believe they're usually called Kanady in Slovakia and the Czech Republic. I'm not sure what is the Slovakian or the Czech Republic official designation for these boots, but they are widely known as Kanady across the board. The "vzor/vz" is added afterwards depending on the outsole and the year it was introduced, so they can know which years these boots originated from. For example, Kanady vzor 60 ČSĽA, Boty KANADY vz.60 AČR or any other name is used as a general term for these boots since they all look very similar, but different outsoles and all sorts of small and unnoticeable (to the untrained eye) modifications over the years. Take a look at the Kanady vz. 90 and newer models after that, I doubt that they'll call those the Kanady vz. 60 when the vz. 90 have no buckles and has speed lacing to modernize that boot.

As OP's boots show, it most likely is the Boty Kanady vzor 72, as it was resoled with the VZ. 72 outsole pattern and the 3 screws on the front of the outsole. Which is different from the vz. 60. I actually owned a few pairs of the Kanady vz. 72 and the vz. 90, and did my research on them. I do notice on Czech and Slovak websites that they're simply called Kanady vz. 60 to get the general point across of what they are. 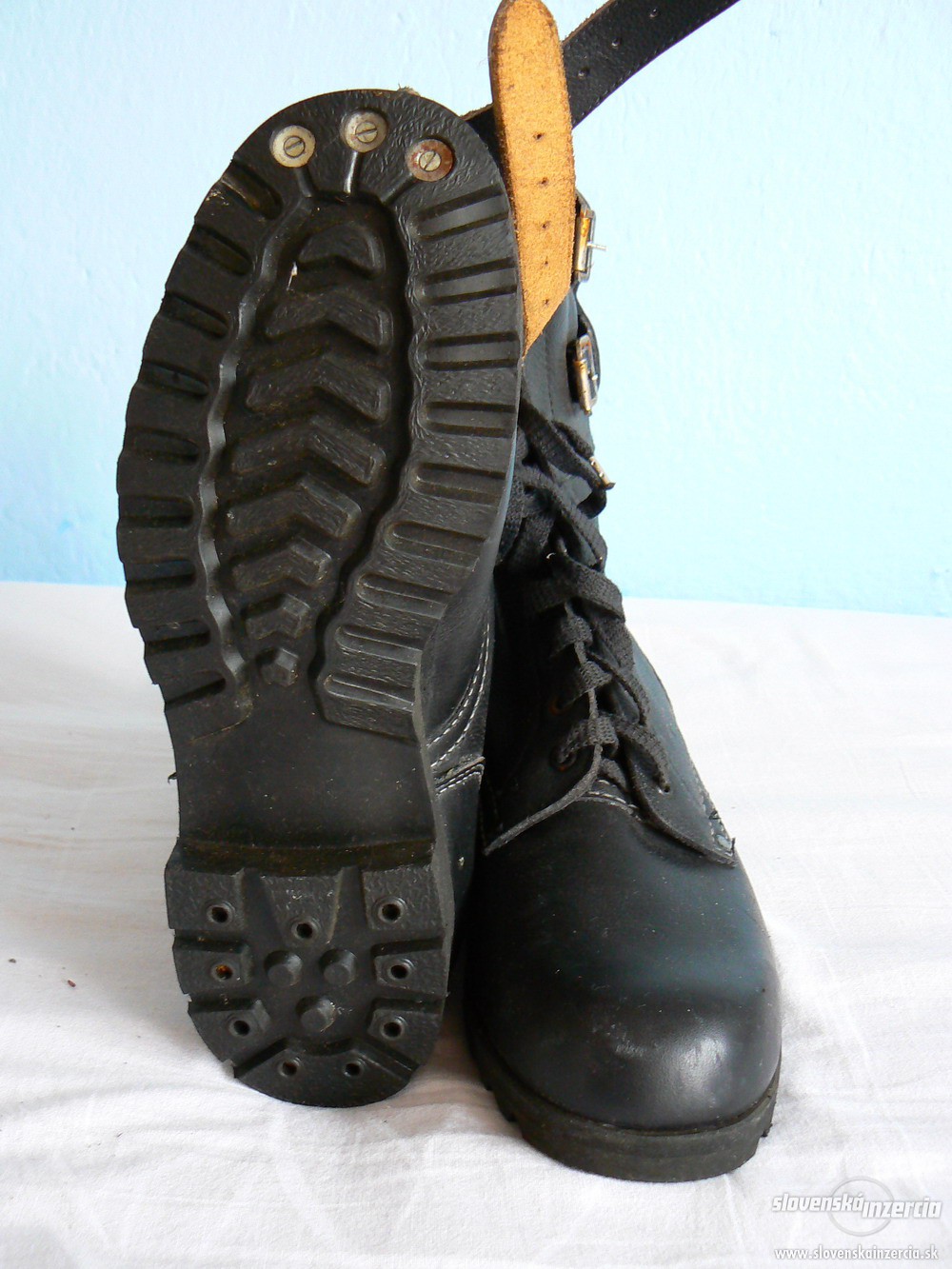 Kanady vz. 72's outsole. Around 1972 and afterwards, this type of outsole was attached, so that's why its called Kanady vz. 72. It also had other modifications to the boot as well, but they look very similar to the vz. 60.

Kanady VZ. 90: I highly doubt they would call these vz. 60, so they call these Kanady vz. 90, so they can know which models these are, as the uppers are pretty much the same. 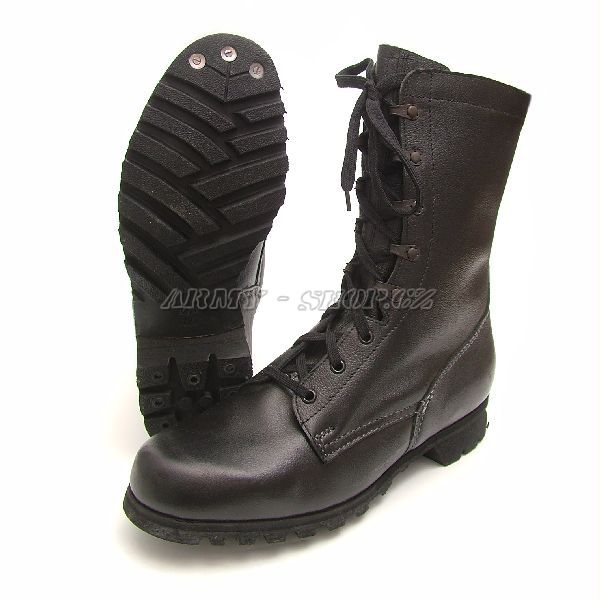 Lastly, I did my research on Czech forums, and throughout many websites, so take it as you will.

I am not challenging your knowledge about the Kanadas. I agree there are different versions of the soles, buckles etc. But Czechoslovak army didn't give a rats ass about the differences.

All double buckled boots designed for conscripts were officially called Boty (vz.) 60 - Boots (vz.) 60.
Brown boots for officers were vz. 62
Winter boots with zipper were Boty (vz.) 76
Newer model of combat boot was designed vz. 90 as you mentioned above. This model lacked the straps and buckles. Also they were made from some kind of "softer" leather and are much more comfortable to wear.

When my father left Slovak army in 2004 he still was able to get issued nice unsued pairs of vz. 60 (vz. 72 in your designation) and vz. 90. Vz. 60s are in my the storage just to wear with some czechoslovak uniforms. I am using vz. 90s as a working boot when working around house or garden.