Wanted  to post photos of one of my favorite pieces for awhile , an early M90 dated '89.

Today, I am also posting  photos of an M90F , a  welcome new addition to my hoard... 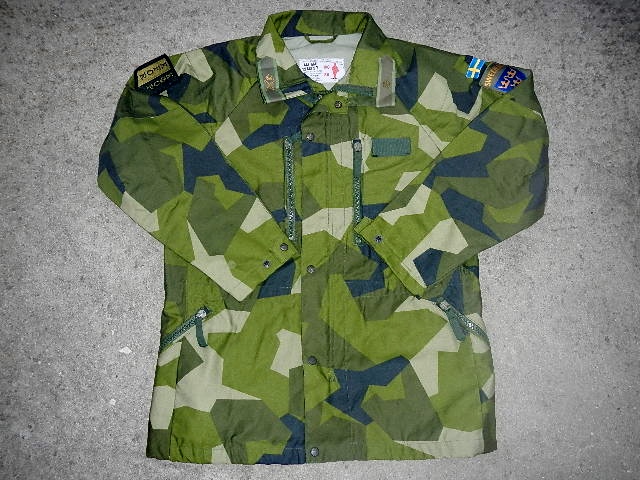 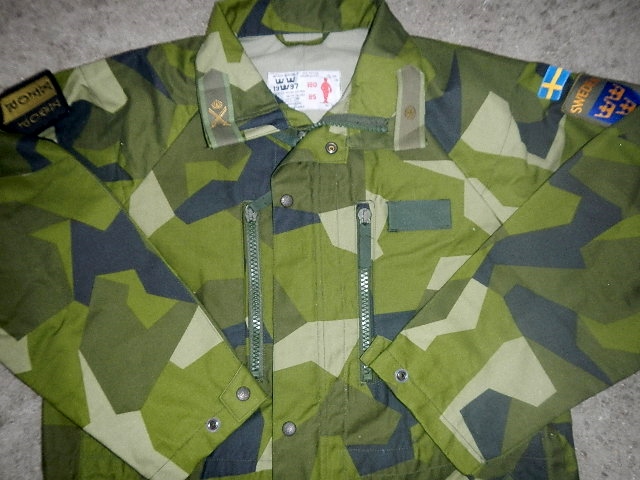 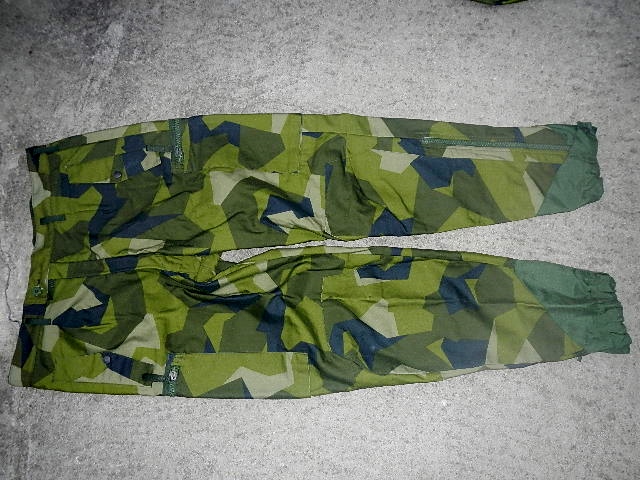 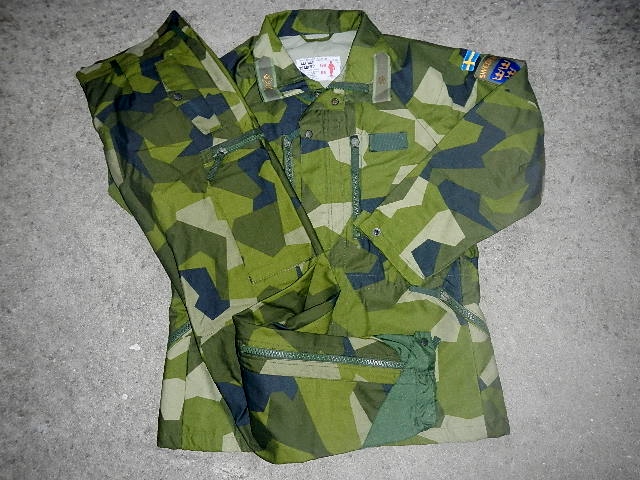 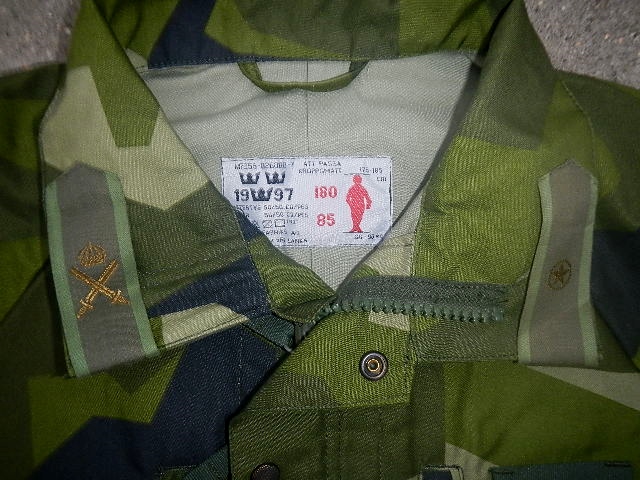 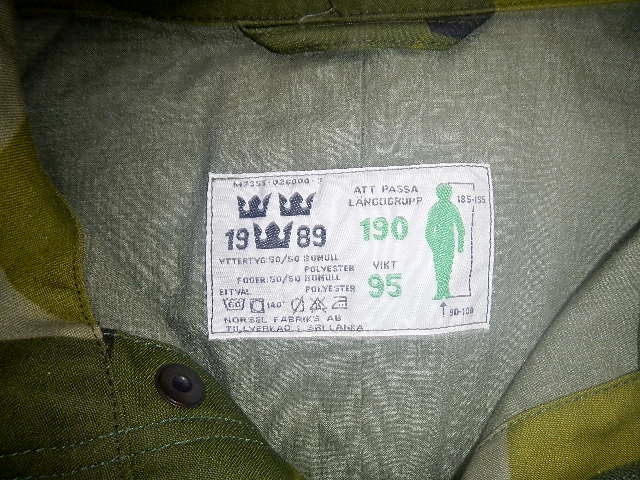 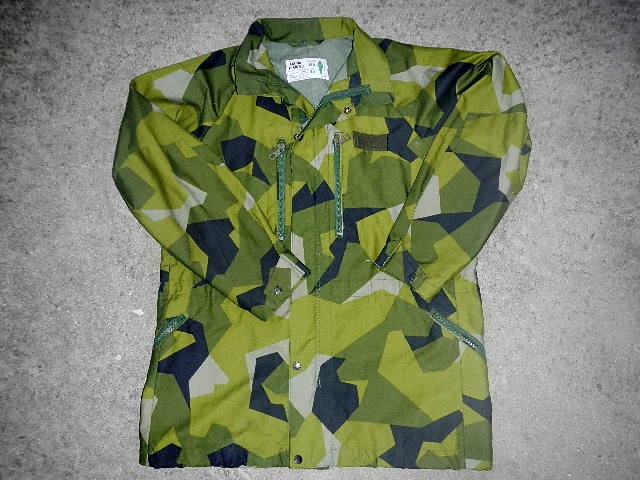 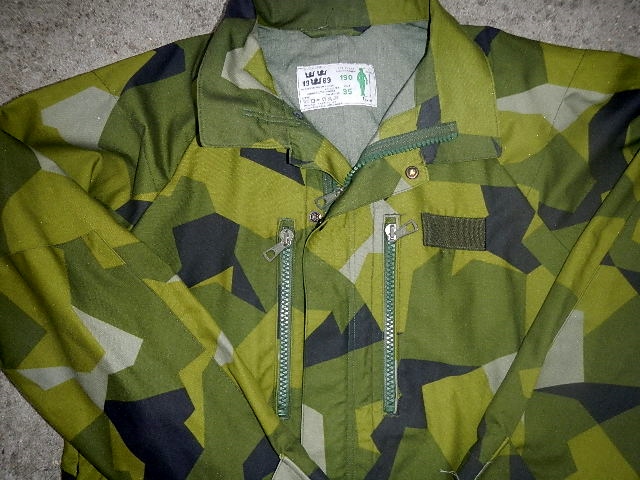 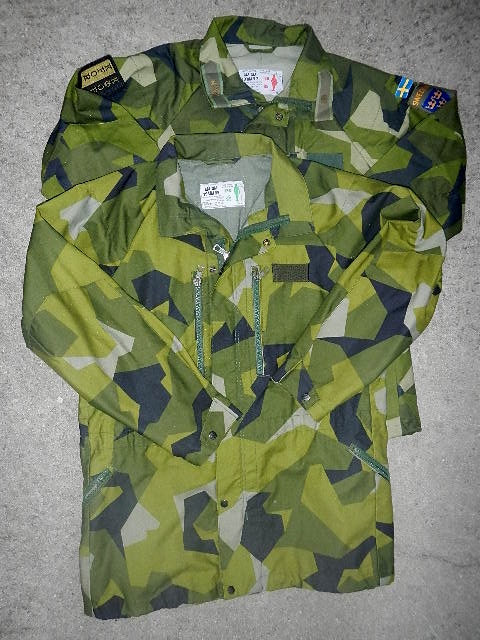 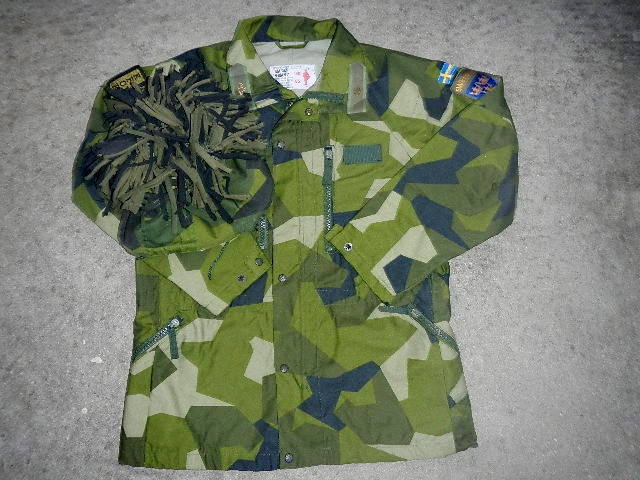 VERRRYYY cool stuff.Especially the jacket with patches.
You don't find them often with complete insignias.I have only
the old version from 1989.Me like!

Some nice to know facts for you guys:

The M90 1989 was the first version to reach the main body of the Swedish Armed Forces. Initially the M90 was issued in two different colors. The light one that you guys have and a much darker, almost brownish one. There are two stories about why circling around:
1. The light one was for use in the southern parts of Sweden which have a lot of leaf trees and birches, hence the light color. The darker one was for the darker pine forests in the north.
2. The light one is a spring and summer issue while the darker one is for autumn and winter.

The light one was quickly namned "the leaf heap" (Lövhögen) by the troops due to the light color and the pattern. The two different versions then got merged to the mid tone uniform that is used today.

The collar tabs indicate what kind of branch and rank the bearer has. In this case the Swedish International Forces (Utlandsstyrkan) with the crossed swords and crown and the rank is the corrosponding rank for NATO Sergeant 1 class.

Information from someone who knows...Definitely appreciate it..