Wolverine hooked me up with most of this. Not sure what else I am missing. I know I need the shorter snap ammo pouches and another Canteen. Possibly the the zip up poncho? 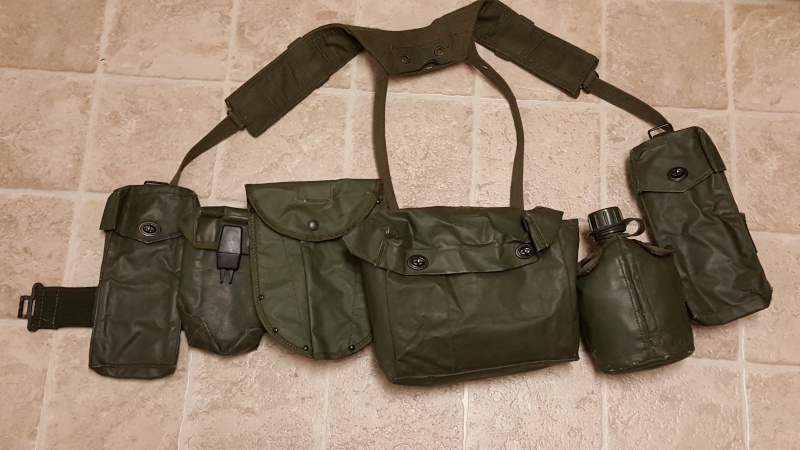 What is the 2nd pouch from the right? Looks like an mag pouch, but I'm guessing in that position it isn't.
Wolverine

There are SMG mag pouches on each end of the belt, and the one second from left with the plastic quick release fastener is for rifle magazines. Normally one or the other would be worn.

I have seen the poncho in the zipper case attached to the rear of the suspenders. There is also field pack, which was made in the rubberized material, as well as nylon and also canvas. The shelter half was part of the original M1971, along with its carrying pouch, which doubled as a hood, and could be carried on the belt. There is also a second pattern etool carrier for the trifold shovel.
fallout

The poncho was not carried much at least in the 80s. Also that style shovel cover should be attached to the top of the suspenders.
Sponsored content