That '70s Show - photos of my impressions mainly from 70s

That '70s Show - photos of my impressions mainly from 70s

Lately I don´t have enough time to spent on our hobby. But last weekend I spared a few moments to take few quick phone pictures. I am sharing them also with some of my older photos. 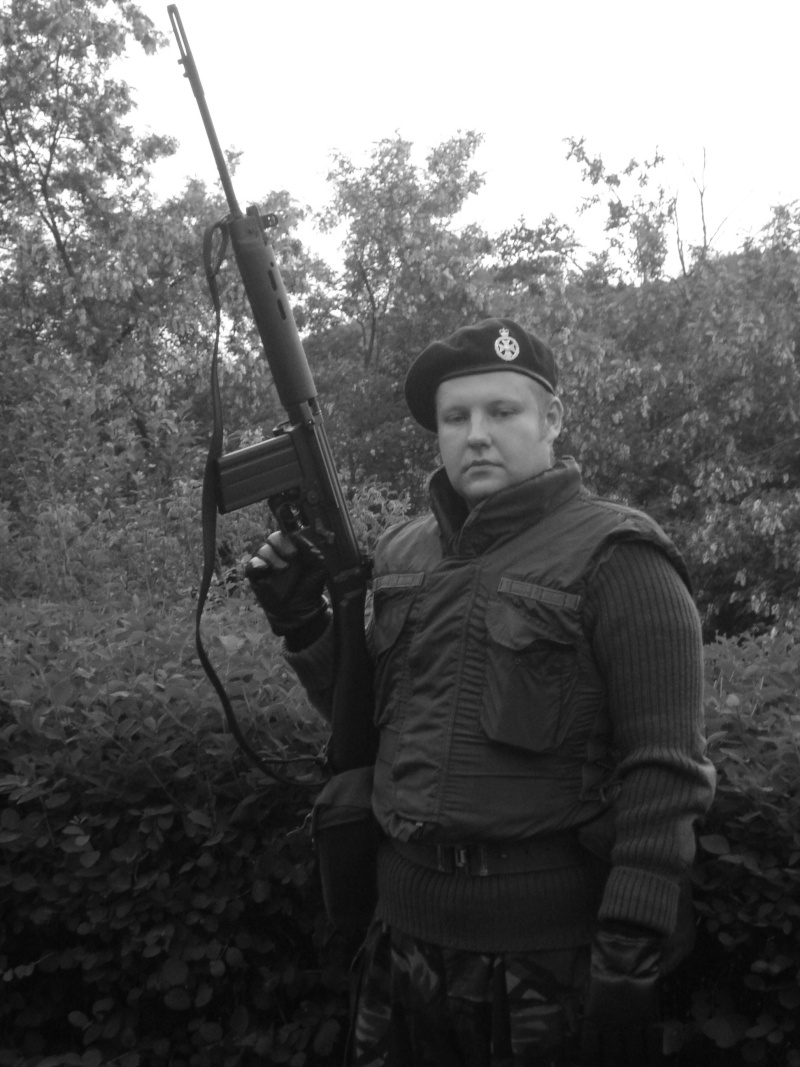 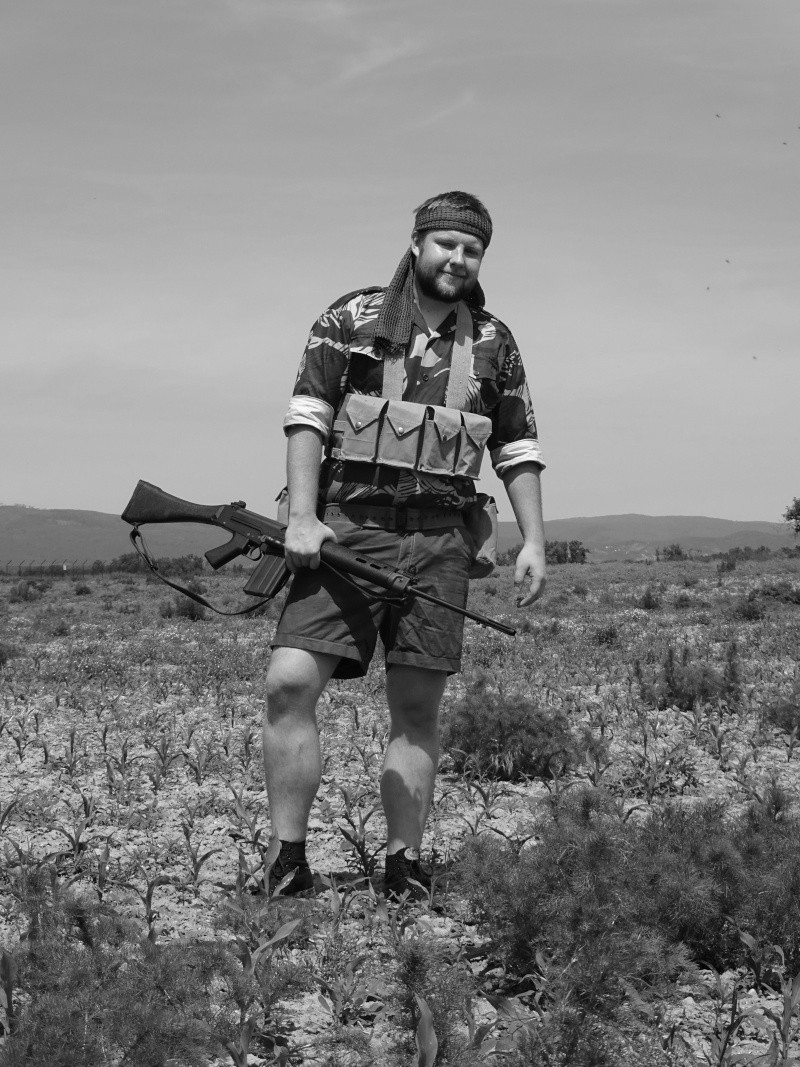 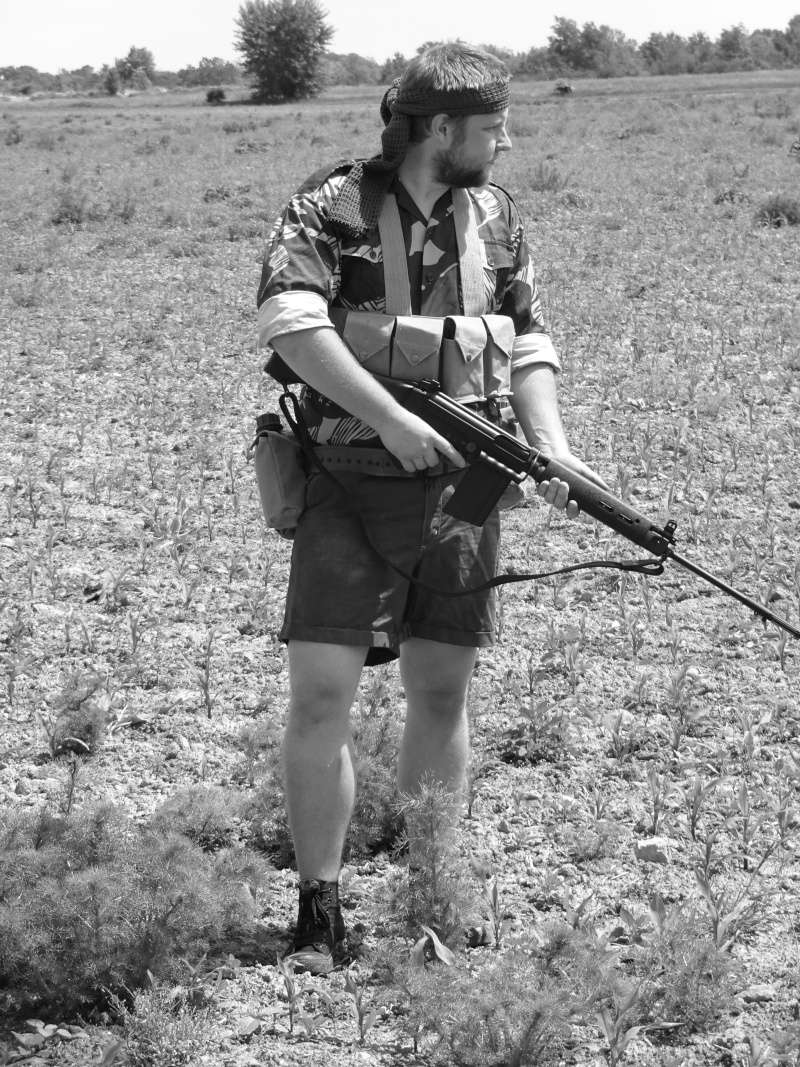 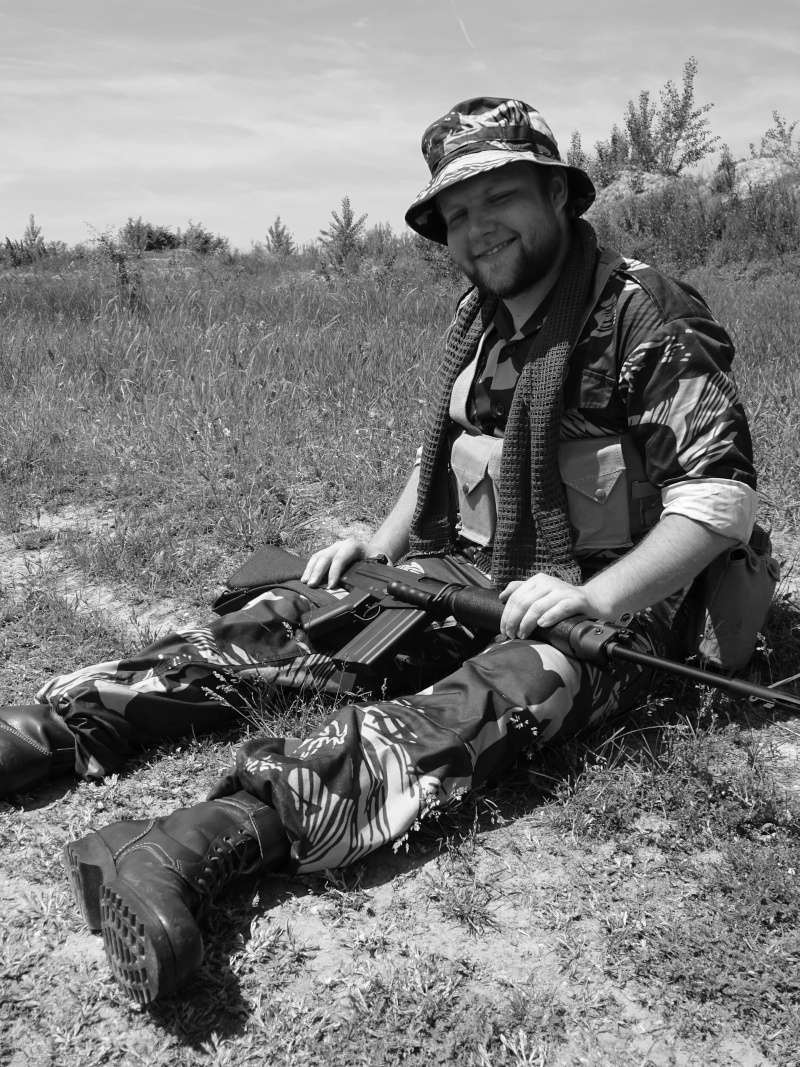 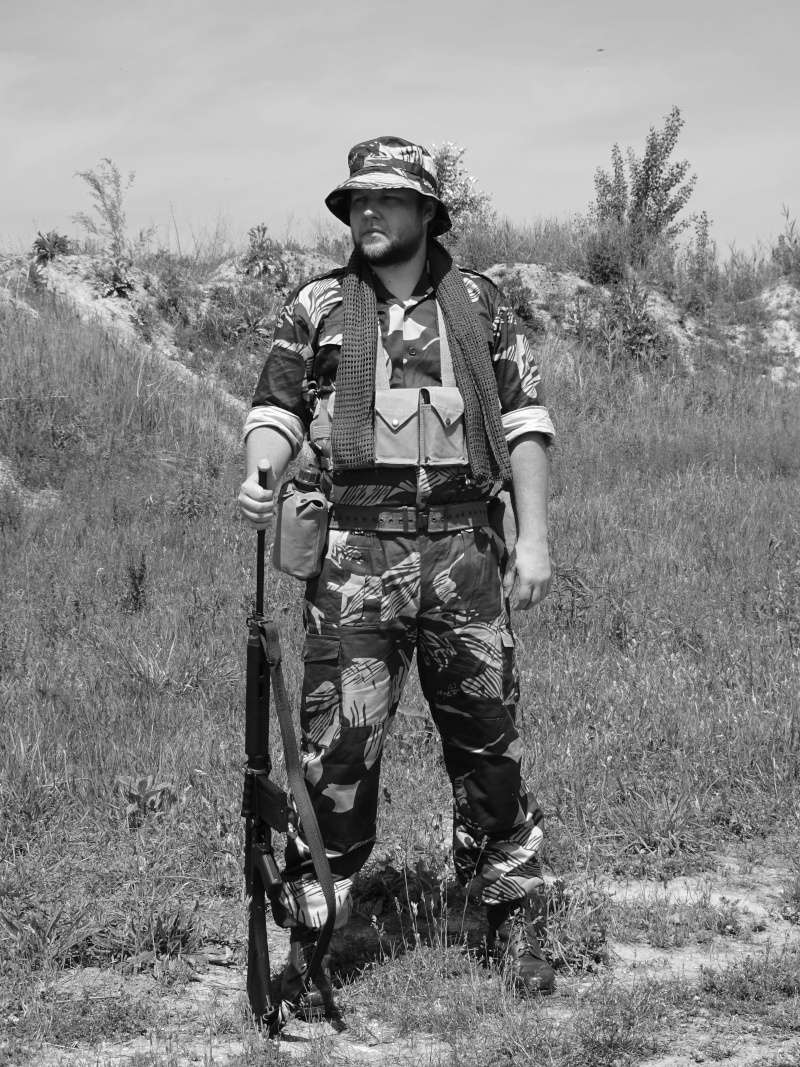 Austrian Bundesheer - early 70s
I got this nice set from Alex (Mylle). It is shame that these pictures didn´t come out as I expected them. I have to reshoot them sometimes. Also I am not very familiar with item´s designations.
camo parka and trouser
Czechoslovak vz. 21 olive shirt serving as Austrian grey one
leather belt and braces and ammo pouches
entrenching tool with pouch
water bottle
gas mask bag (it would be probably correct to wear it under other webbing not over)
bread bag with tent sheet
large pack
and NATO M1 clone - I think it is Austrian but I am not sure
black Czechoslovak vz. 60 double buckled boots 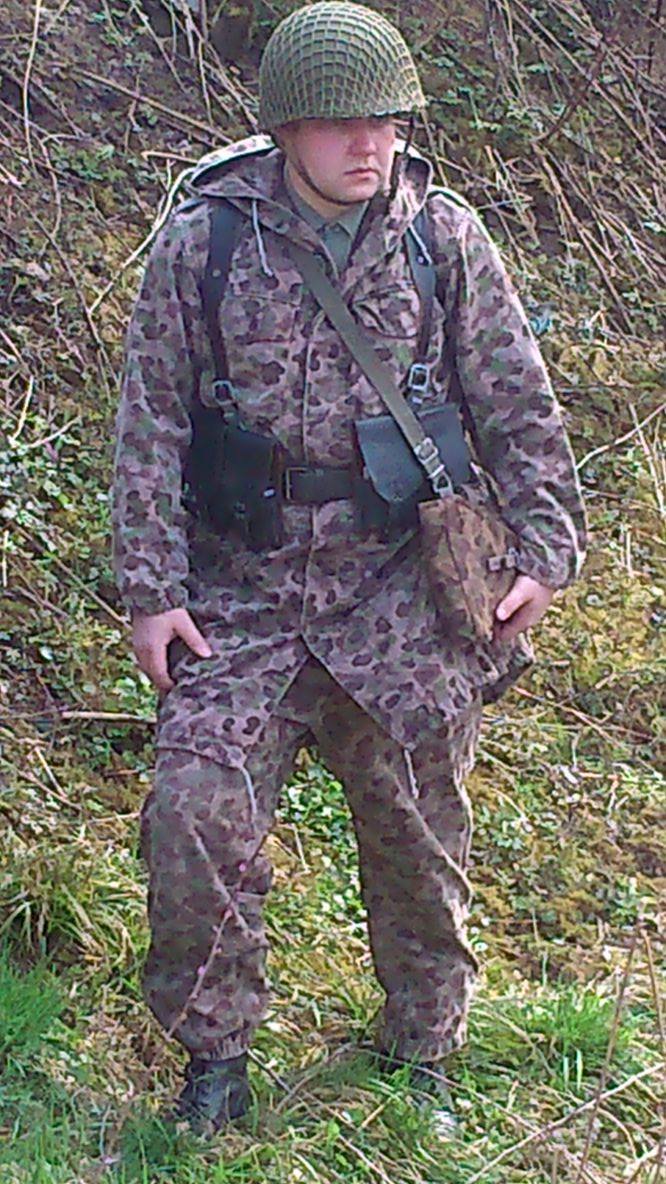 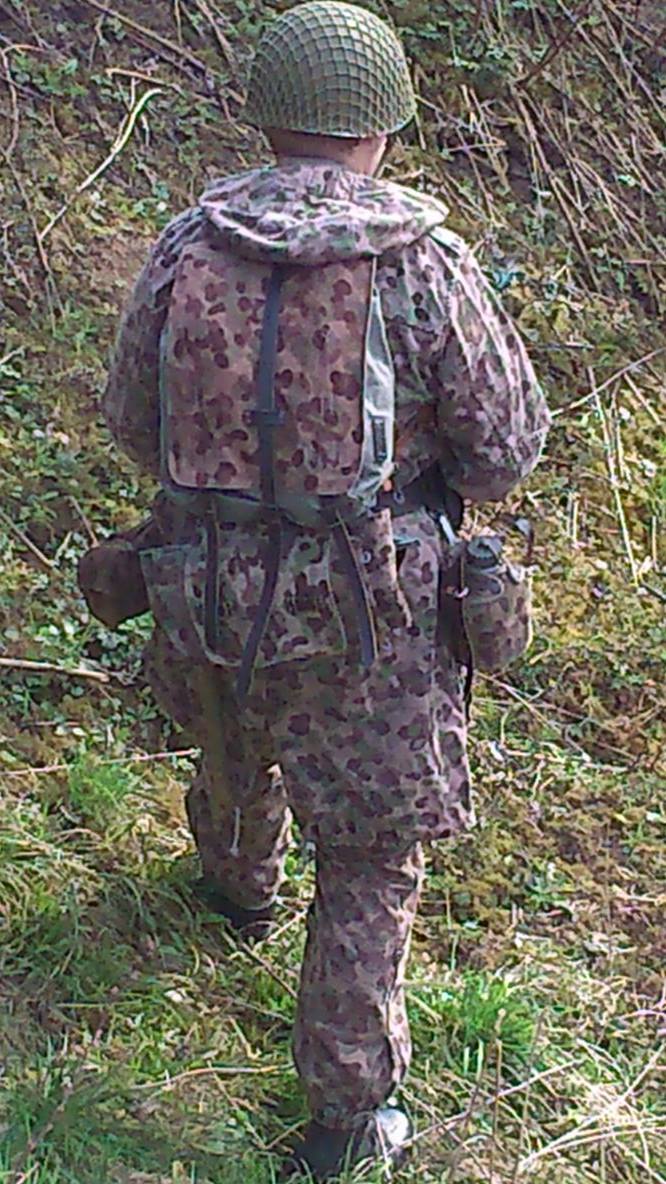 Czechoslovak Army - newly enlisted soldier - rifleman 1978-1979
I tried to get this impression as close to the regulations as possible (as would all newbies try to):
vz. 60 needles uniform
vz. 52 steel helmet
vz. 60 belt with star for enlisted men
vz. 60 textile and leather braces
leather pouch for 4 magazines
vz. 58 bayonet in leather scabbard
entrenching tool
water bottle
combined bag for gas mask and disposable NBC poncho (this is the only item that sets this impression into 78-79 period. Earlier periods would have separate gas mask bag and large needles camoed carrier for larger NBC suit)
vz. 60 bread bag attached to the suspenders
vz. 60 double buckled boots
and vz. 58 rifle. Both rifle and bayonet are early versions with real wood furniture instead of newer versions which had frniture made from saw dust in red epoxy 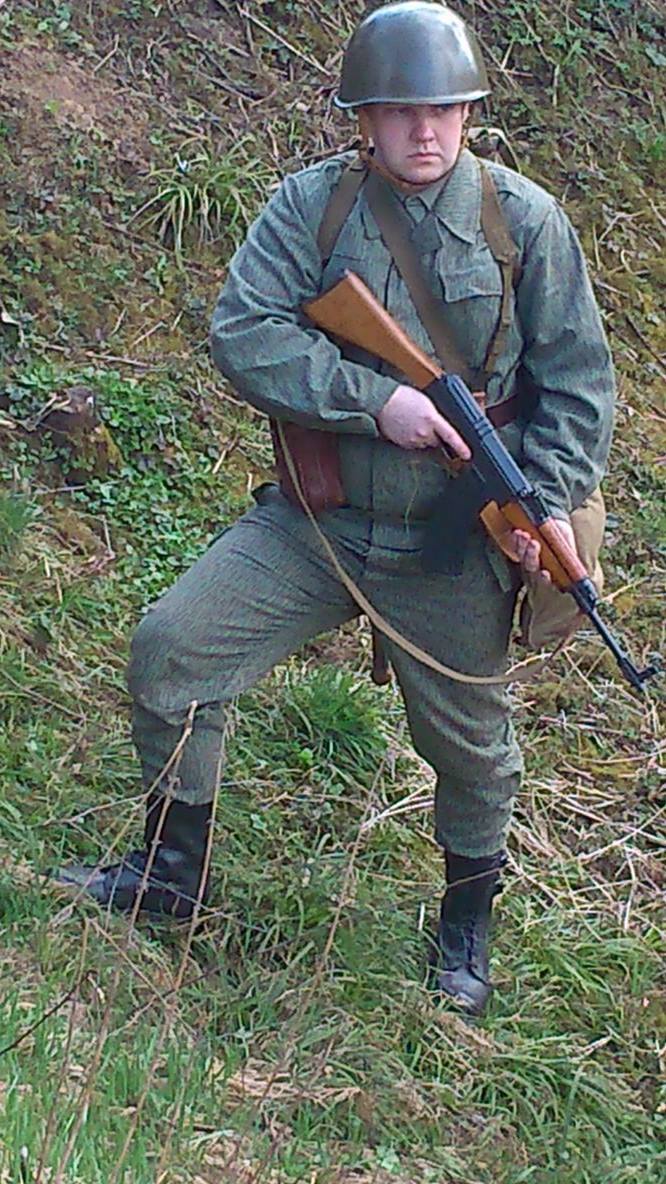 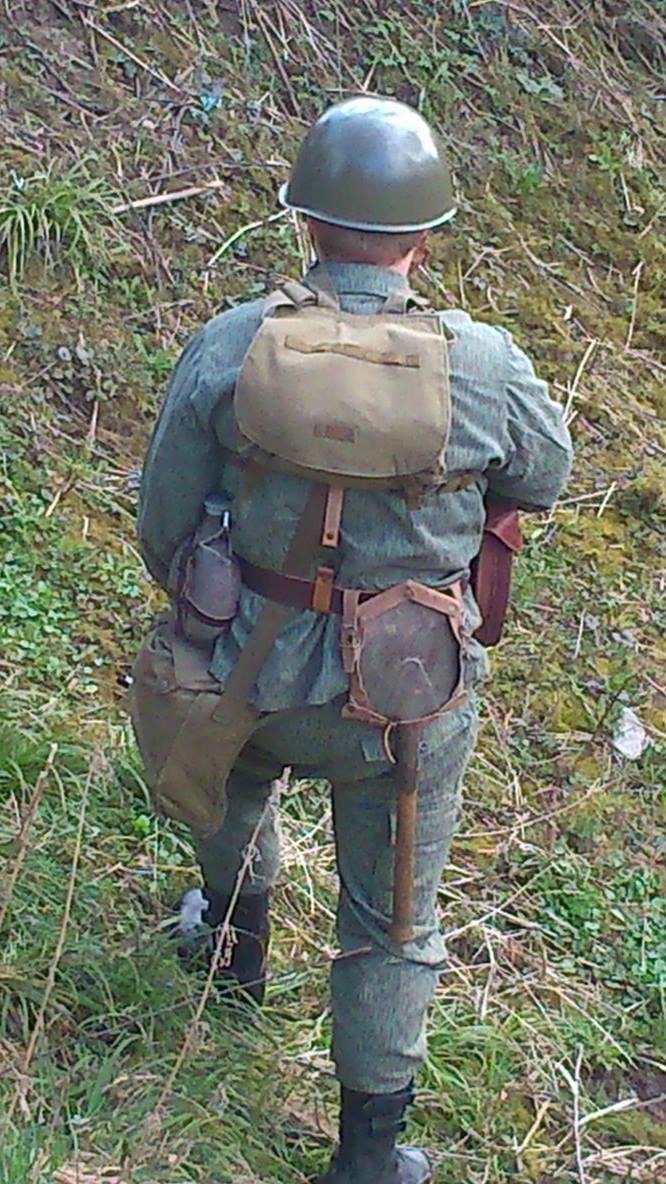 Czechoslovak Army - soldier coming to the end of his tour - machine gunner 1978-1979
Soldiers approaching their end of duty were often more cocky than new ones. They were also much worse in suiting up according to the regulations :-)
vz. 60 needles uniform
vz. 21 olive cotton shirt
vz. 52 steel helmet - note the removable hood from vz. 60 uniform used as helmet cover. It was not an official policy but it was often used this way
vz. 60 belt with star for enlisted men
vz. 60 textile and leather braces
kit for machine gunner - consisting of some tools and cleaning and lube for machine gun
entrenching tool
water bottle
combined bag for gas mask and disposable NBC poncho
vz. 60 bread bag slung over the shoulder, again this was against the regulation. It should be worn like this only when soldier was wearing his large pack on his back. Otherwise the bread back should be attached to the braces on the back
camoed tent sheet - these were rarely issued to common infantry despite the warehouses were full of them. They were primarly used by paras instead of sleeping bags. It was probably traded with somebody with access to the warehouse
vz. 60 double buckled boots
vz. 59 universal machine gun in light machine gun configuration with magazine for 50 rounds belt 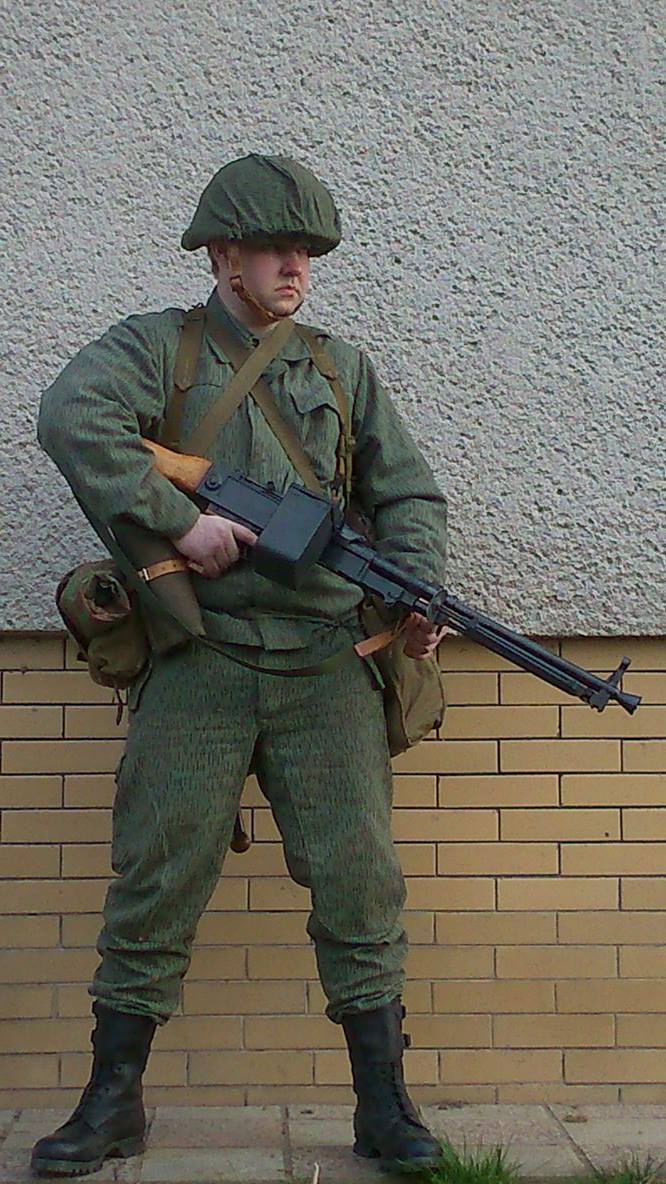 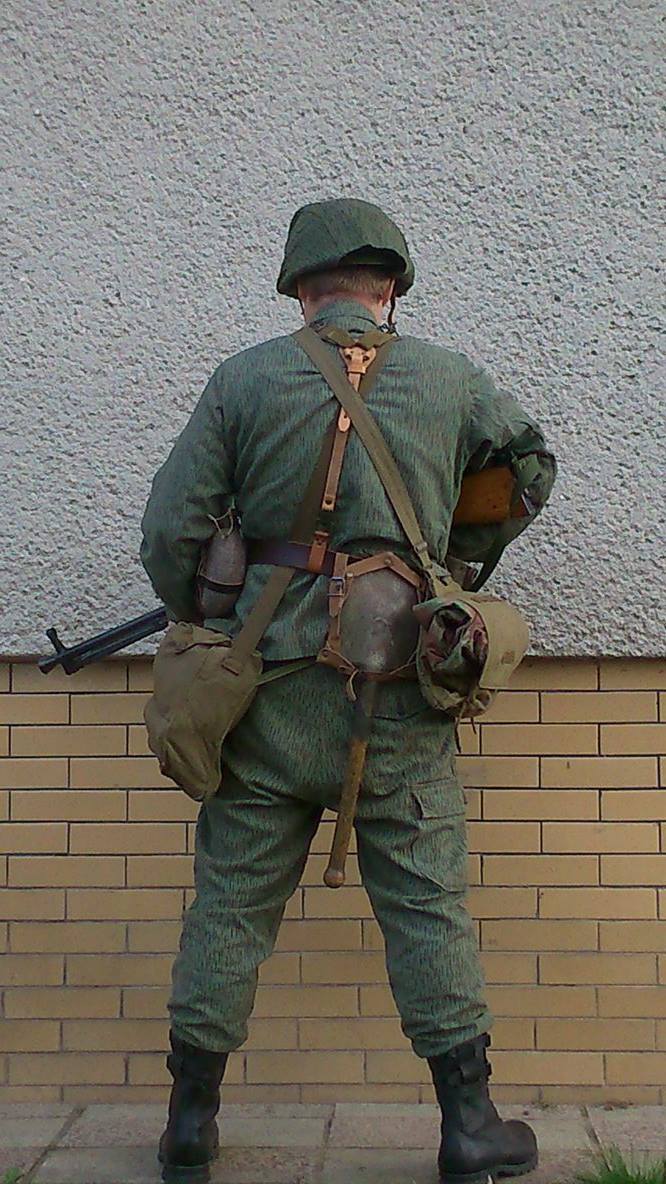 And bonus picture not from 70s: 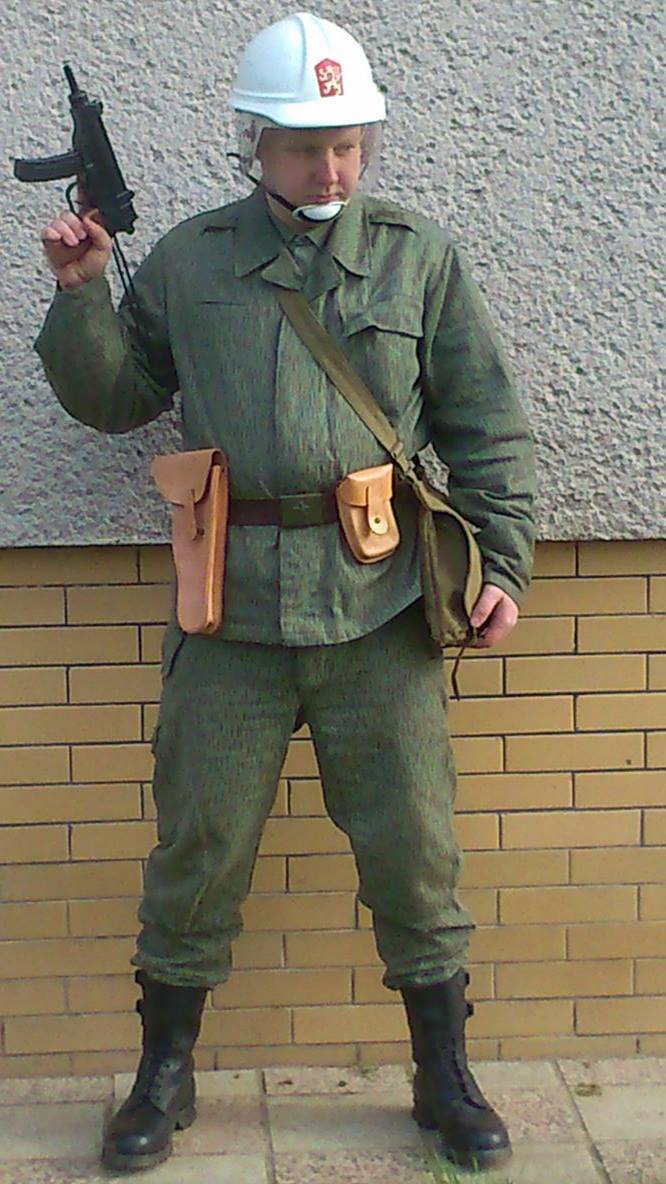 Quick historical background about the Leopoldov prison riots - after the fall of communism the new president Havel ordered large amnesty (20.000 of total 25.000 prisoners were released, not only political ones but also petty criminals). However the Leopoldov prison was home of the worst scumbags. Murderers, rapists, repeated violent burglars etc. This amnesty obviously didn´t cover them. They were disappointed and angry and started with hunger strikes and small scale riots. The commander of prison and later Czechoslovak government didn´t take any direct action against the rioting prisoners as they feared the public opinion. They didn´t want to look like that ruthless communist police. So they slowly retreated and let the prisoners to take control of whole prison. Leopoldov prison  was originally medieval fortress. The prisoners got hold of prison kitchen and warehouse so they got plenty of food. They also gained control of metal shops where they were employed before. They started to make melee weapons like machetes and clubs. What is worse they got a plenty of gasoline so they started also producing the molotov cocktails. They also filled the prison sewers with explosive acetylene from welding blowtorches.

Situation escalated on 28th March when the rioting prisoners took few hundred non-rioting prisoners as hostages, locked them on the roof of one building and treated to burn them alive. They also set many prison buildings on fire. So the attack on the prison was finally ordered. The action was performed by URNA (Útvar Rýchleho NAsazení - quick deployment unit of Ministry of interior), army paratroopers, prison guards, border guards and police cadets from nearby police academy. The attack was lead by the URNA and paras (because of their training and equipment, paras were inserted from helicopters on the building roofs to free hostages) and was supported by prison guards because of their knowledge of the prison buildings. Border guards and police cadets were just helping with handcuffing disarmed prisoners.

Despite shooting with live ammunition according to official news only one person was killed during the action - one prisoner blew himself while making IED booby trap. Despite this the local media were crazy with the action being inhuman and against human rights (dignity) as all surrendering prisoners were ordered to strip naked to prevent them from carrying concealed weapons.
mylle

Cool that you found some time to take pics!I must say I did a good job with the Austrian stuff.Looks very good all together!

And of course the Vz.60 pics are also great!The pic with the Vz.59 looks badass as hell!

Very nice! I love the Czech MP impression. You really fit the part for the NI look.

THE NI is great !

Get yourself a long riot wooden baton and slip it into your vest by your armpit and its done.

nice stuff Tibor. The Czechoslovak impressions are splendid. However I do also love the Rhodesian once ... where didi you take the pictures it does look very bush land-ish on them pictures ... excellent keep 'em pictures coming

Thanks guys for your responses.

Yes Alex you did great job in getting all Austrian stuff for me. In reality it looks even better than on photos. Also I found out that it is impossible to hold an machine gun and don´t look badass :-)

Yeah I would gladly add the wooden baton to the impression but they are stupidly expensive and the shipping is often even more expensive :-)