Ran into this interesting piece awhile back.

Have not seen this pattern on anything else except an  '80s Spanish trial uniform in my collection.

I could speculate that spare material from trials may have been used in making this jacket, but probably will never know the whole story about this pattern.. 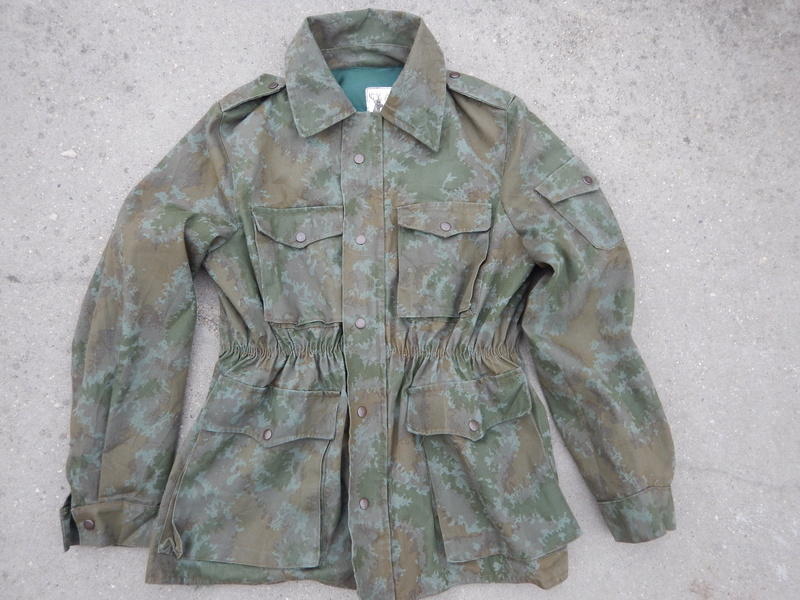 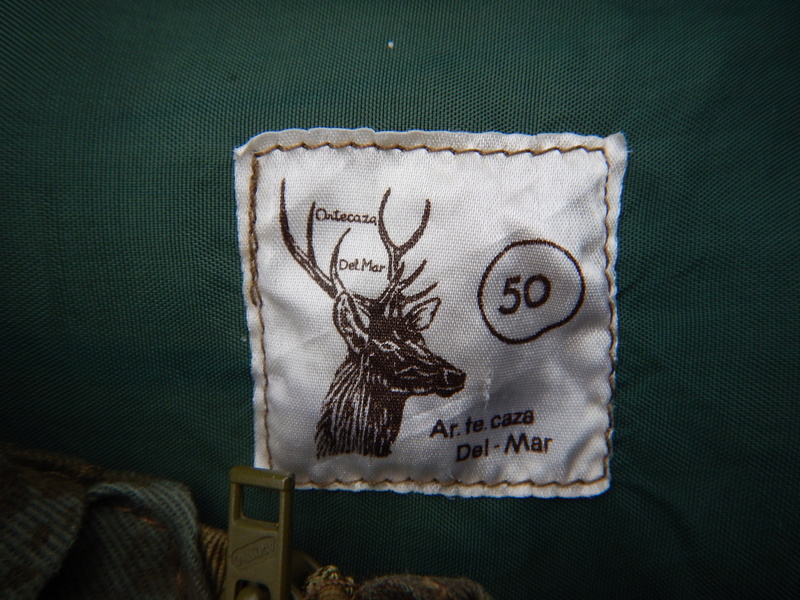 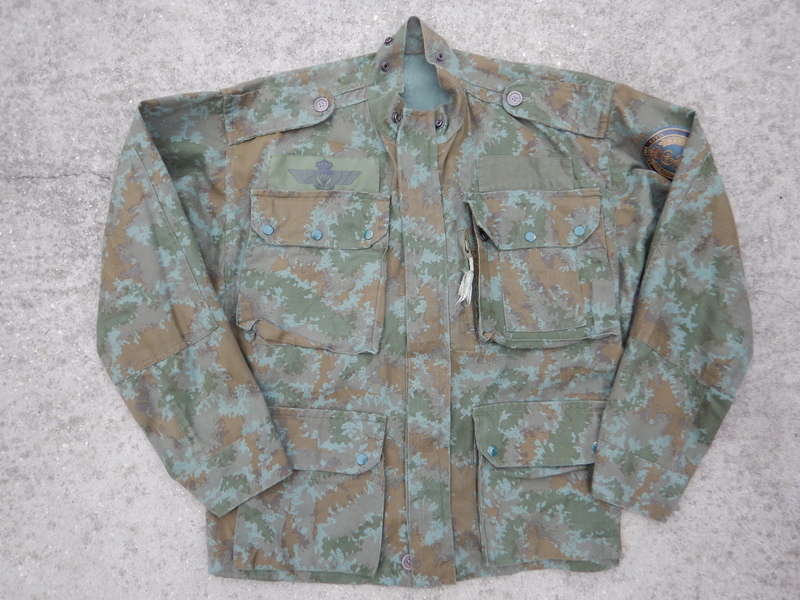 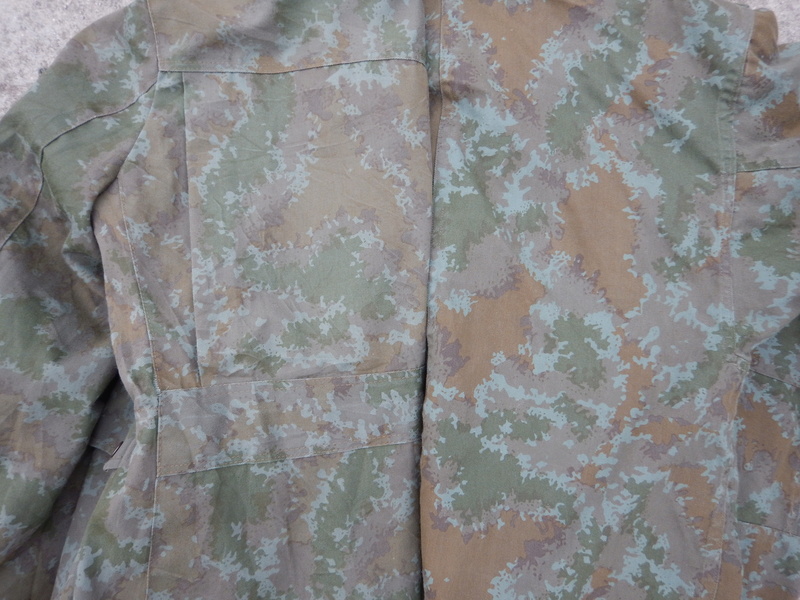 I wondered if anyone from the Forum won that jacket off Ebay. I definitely did not bid high enough - glad it went to a good home!
CollectinSteve

My feelings as well

Funny, I was just talking about this jacket on Sunday with a friend of mine (he was the one that pointed it out to me while it was up on eBay). He was wondering if I had won. Obviously I did not, but now I know who did!

Thought it would be the right thing to give an escapee from the rag bundles of Thailand a good home among it's compatriots..

It only needed a good bath..

Those civilian camo designs are a point on the right side.

That factory is still alive in Spain.

We have to think that several times civilian factories when on the road to make military clothes for the army puntually.

The design is very on the style of a right military design, also that kind of camo was very usual in hunting shops, even Boel used bonnie hats, even jackets of that camo unofficially (some members just bought all kind of meterial to use themselves because of the lack of provided by army)

Obviously I wont pay for that, but is a curious one.

Best for all this Christmas from Spain.
mylle