As a member of the 5th Special Forces Group, I was deployed to Kenya several times in the 1980's and early 1990's.  My first time over there was providing intelligence support to a U.S. Navy SEAL element, where we spent a month camped out on a beach south of Mombasa and working with the Kenyan Navy Clearance Diving Unit.  This was quite a good time!


My other deployments to Kenya were with the Kenyan Army's 20th Parachute Battalion.  We lived out in the bush - literally.  Tents among some of the game reserves, during which our camps were regularly visited by varied wildlife - gazelle, ostriches, zebra and giraffe.  On the other hand our tents were regularly visited by a variety of venomous snakes (puff-adders, spitting cobras, black mombas) as well as scorpions and spiders of all sizes.  Hyenas managed to keep us awake many nights with their caterwauling - sounded like fire sirens.  Several of the Kenyan soldiers were designated marksmen and armed with live ammunition in the event lion came upon us.

The Kenyan troops were a great lot to work with, however the majority of them really didn't like to make parachute jumps.  Their Jumpmasters had to actually physically throw many of the Kenyan paratroopers out of the back of the aircraft!  However, jumping was always a lot of fun over there, as the African scenery was incredible ... and the wildlife below us was a sight to see.  Hanging beneath a parachute canopy and looking down, we were always entertained by watching the gazelle, zebra and ostriches scrambling all over the drop zone!

At the conclusion of our training exercises we always held a ceremony during which we Americans were awarded the Kenyan Parachutist Badge, and they our Jump Wings.


These ceremonies were always closed with a large cook-out - a cow and some goats - with Kenyan Tusker lager beer, as well as a lot of swapping among we Soldiers.


On one of my deployments I returned home with a Kenyan Army uniform.  As Kenya was once a colony of England, most of their uniforms (as well as unit traditions) are British or British-styled.


Also, I brought home a nice early patterned Parachutist Jump Smock.  This smock had the Kenyan Parachutist Wings on the upper right arm, and I managed to find a set of cloth Zaire Army Parachutist Wings which I had sewn to the left arm. I used to wear this jacket around as a young guy, but have had it packed away these last 26 or 27 years. 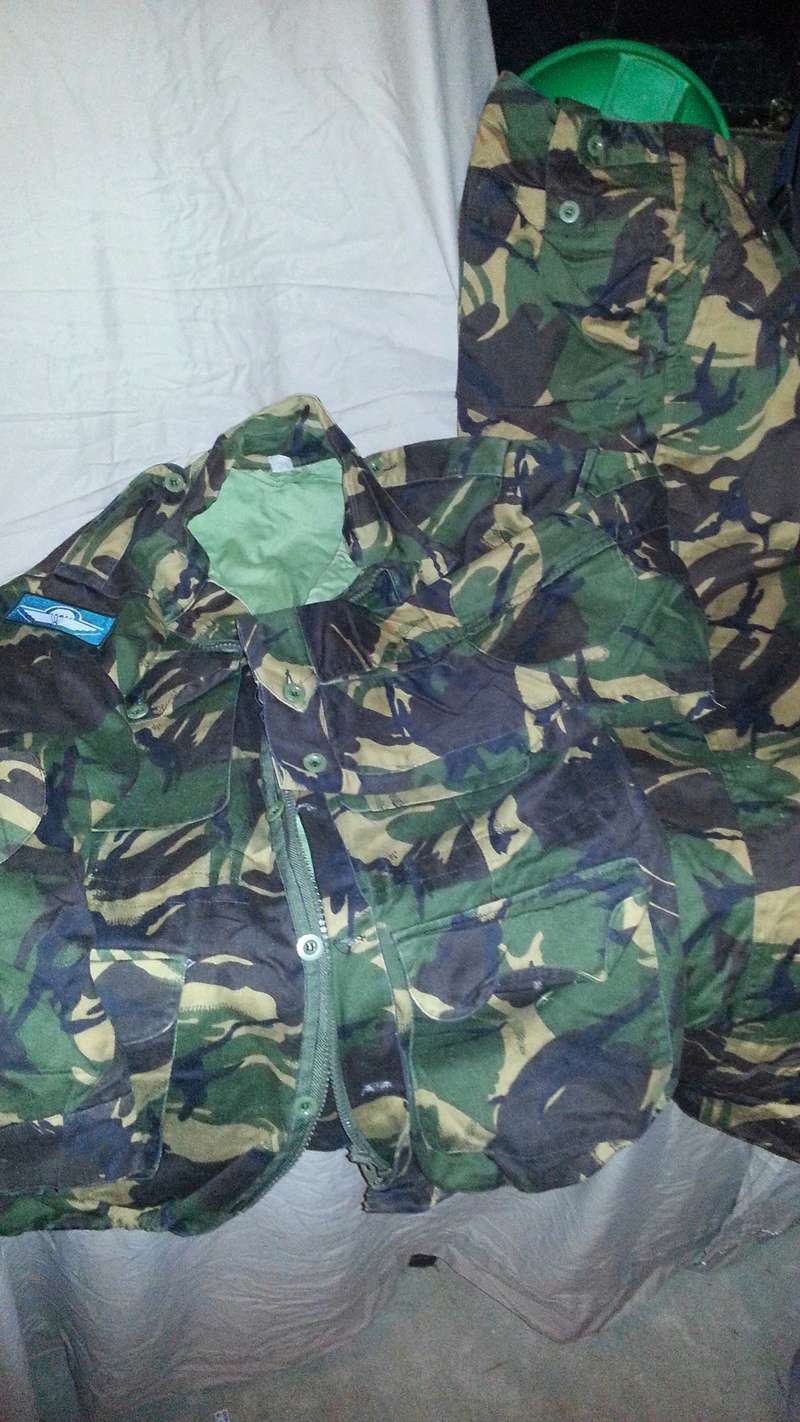 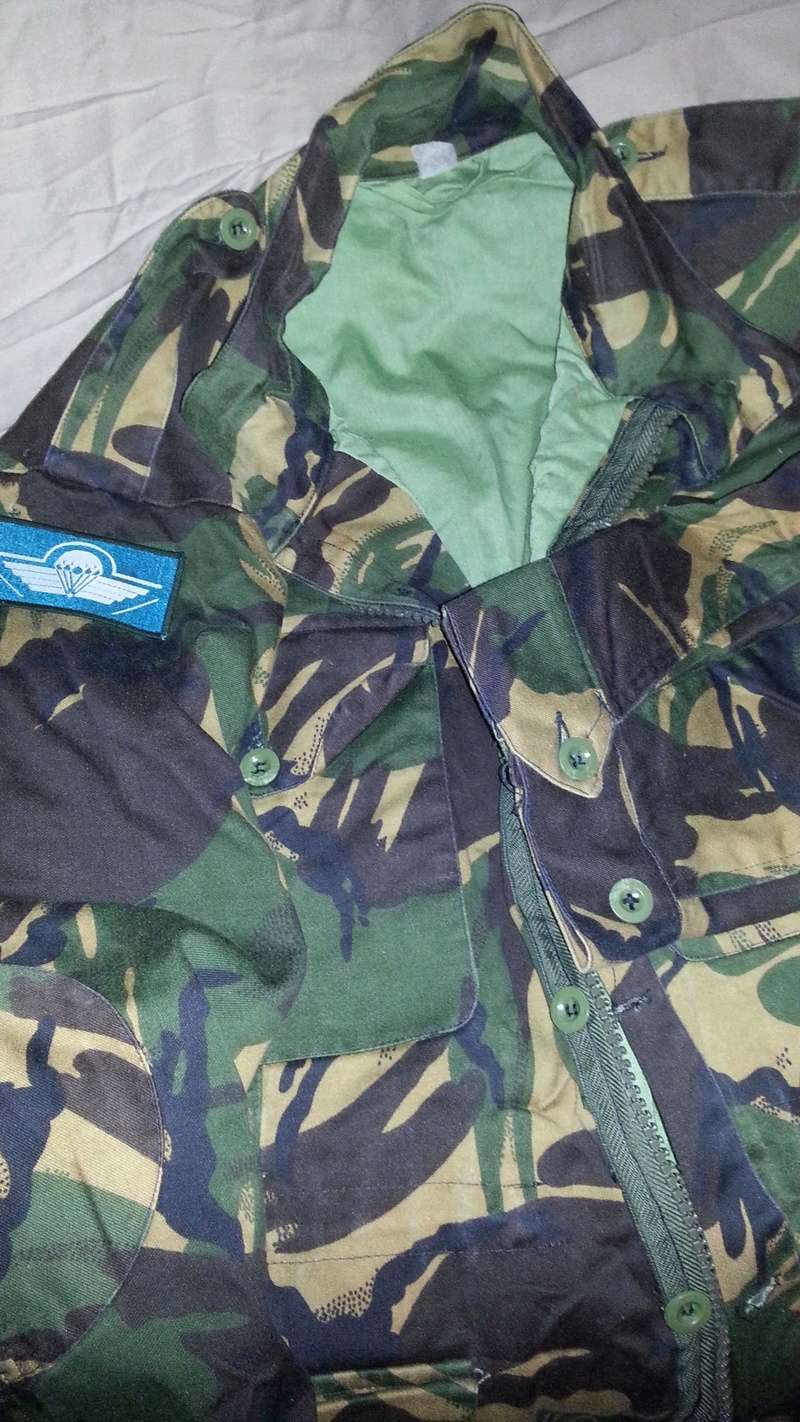 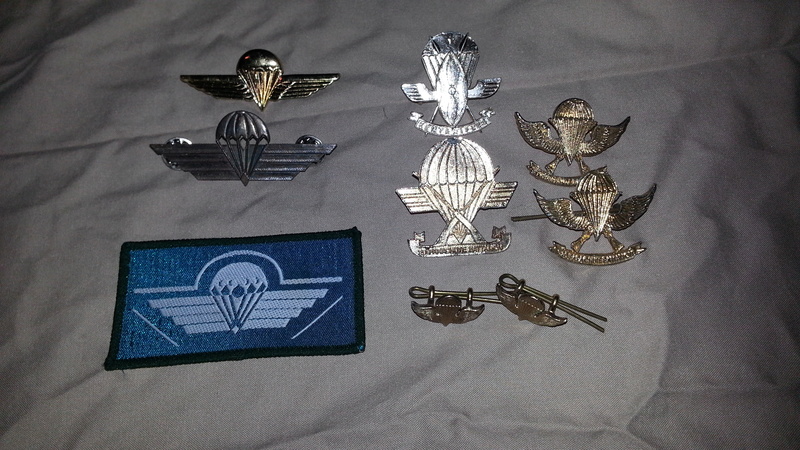 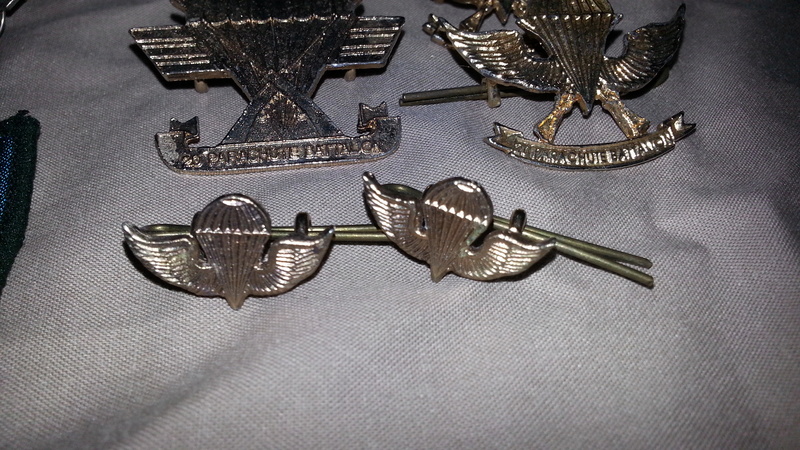 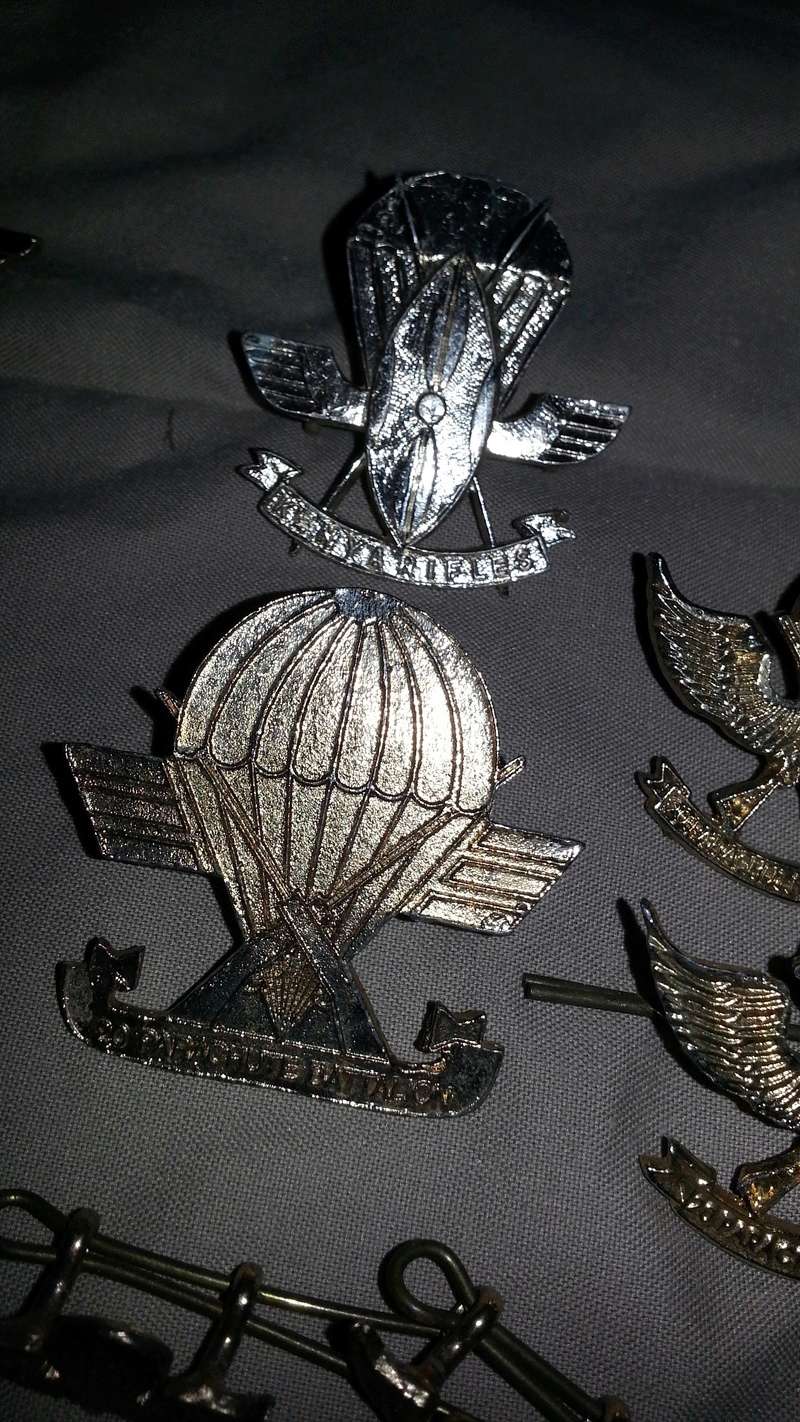 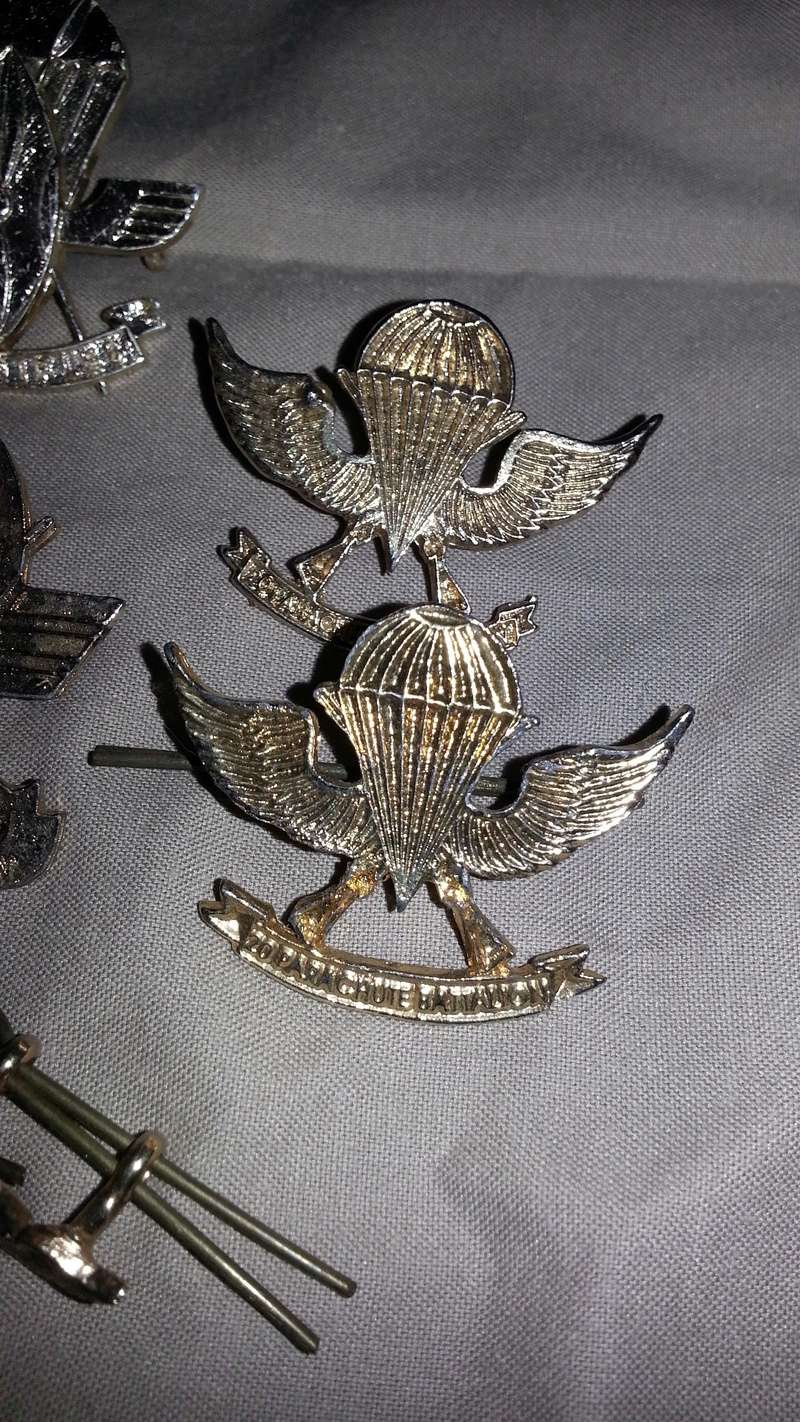 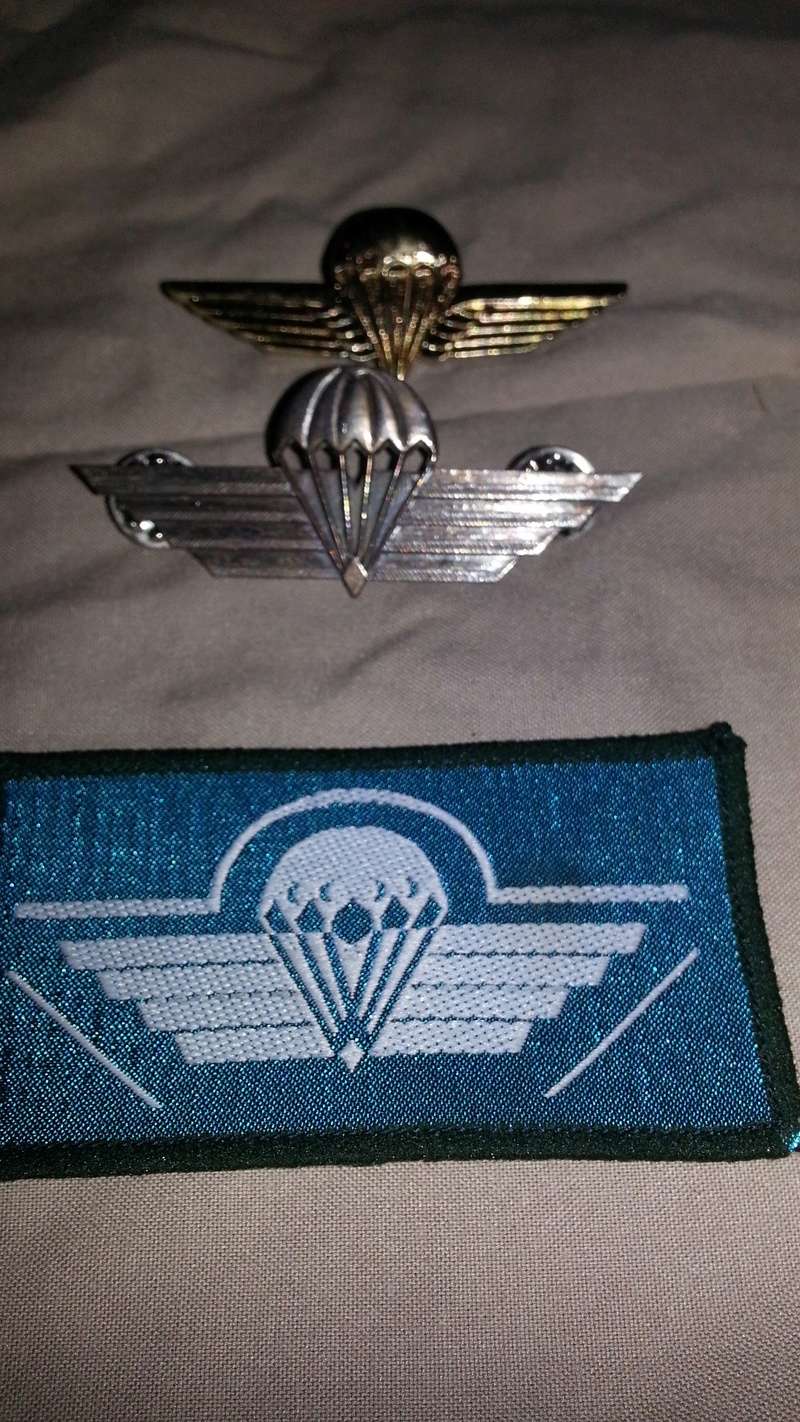 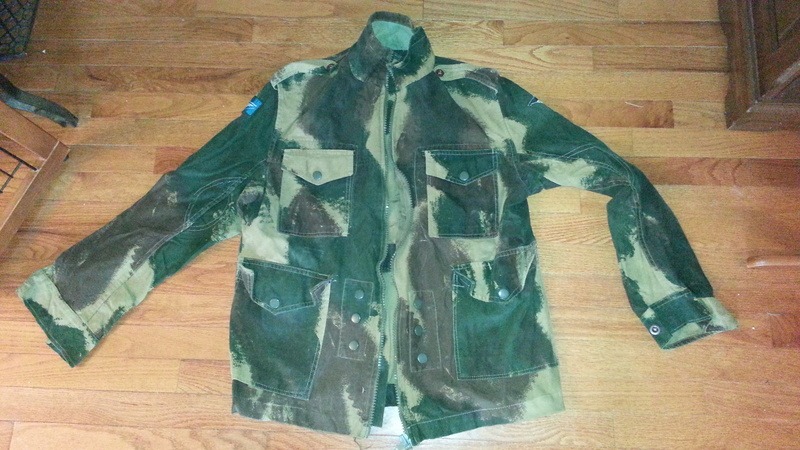 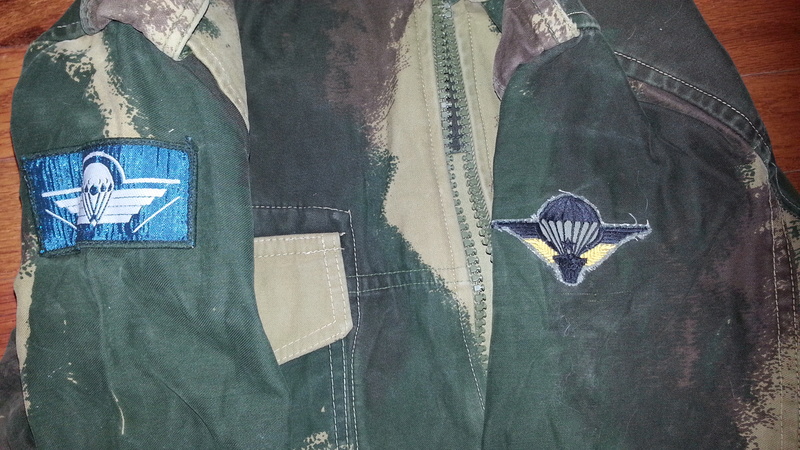 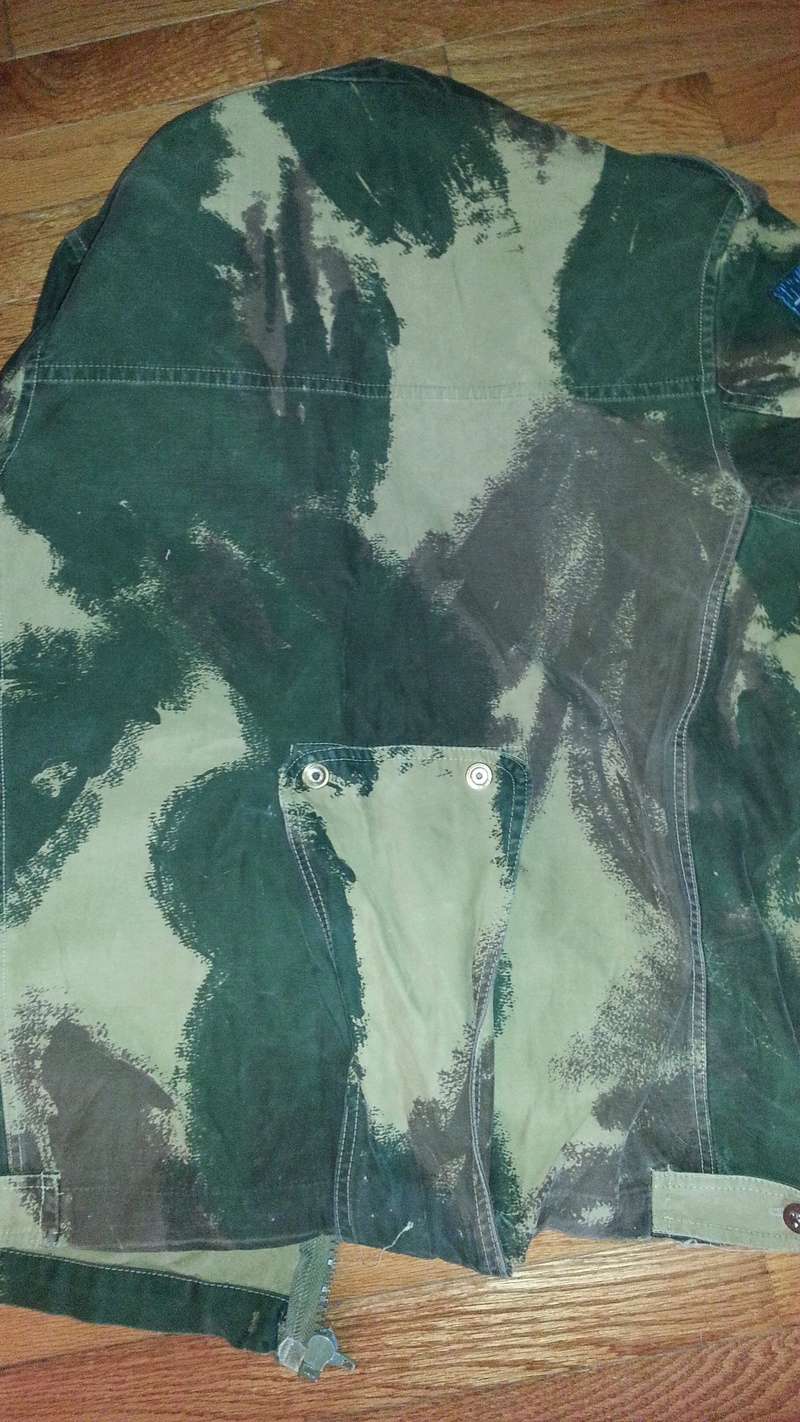 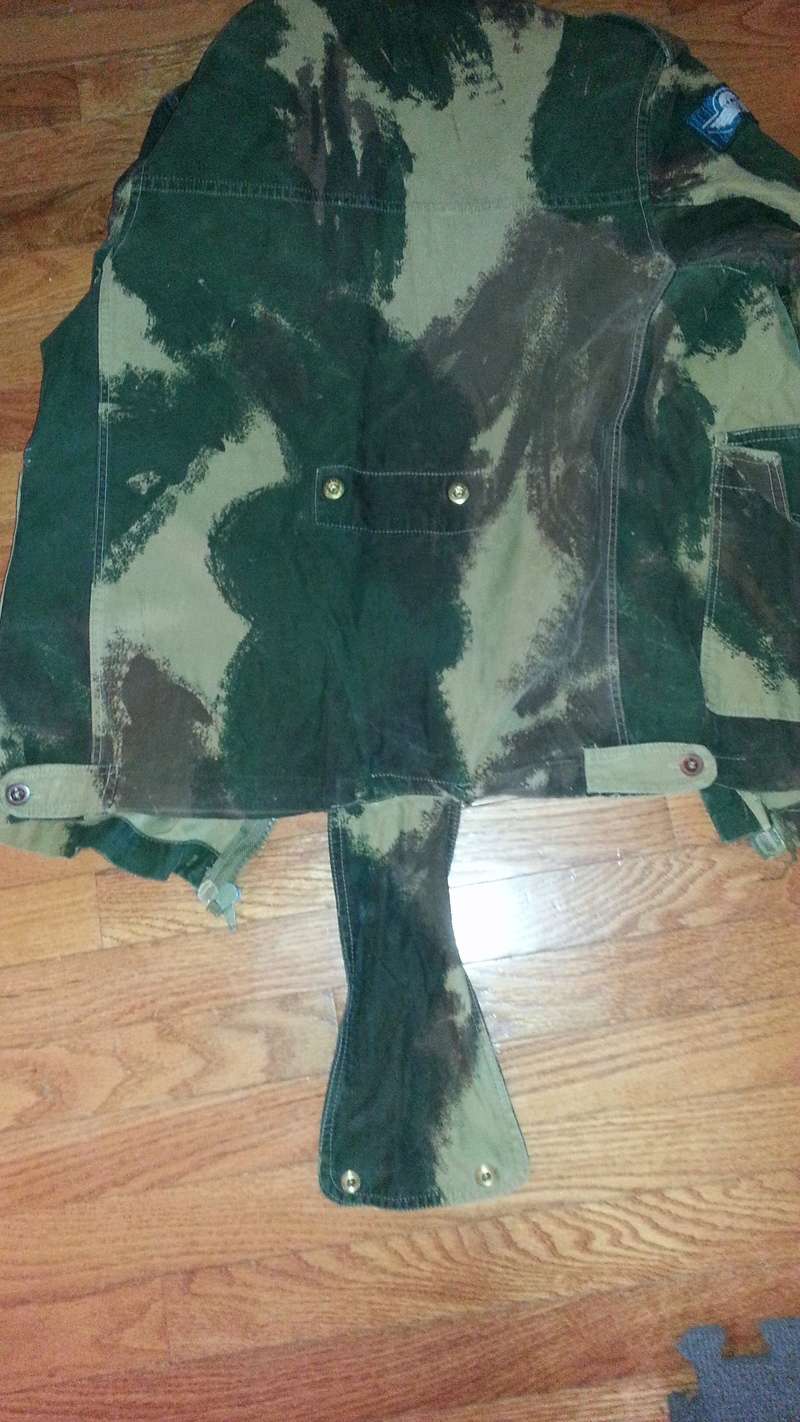 On one of my deployments I ended up with a 20th Parachute Battalion physical fitness gym suit.  I'm not quite certain how I managed to obtain this! 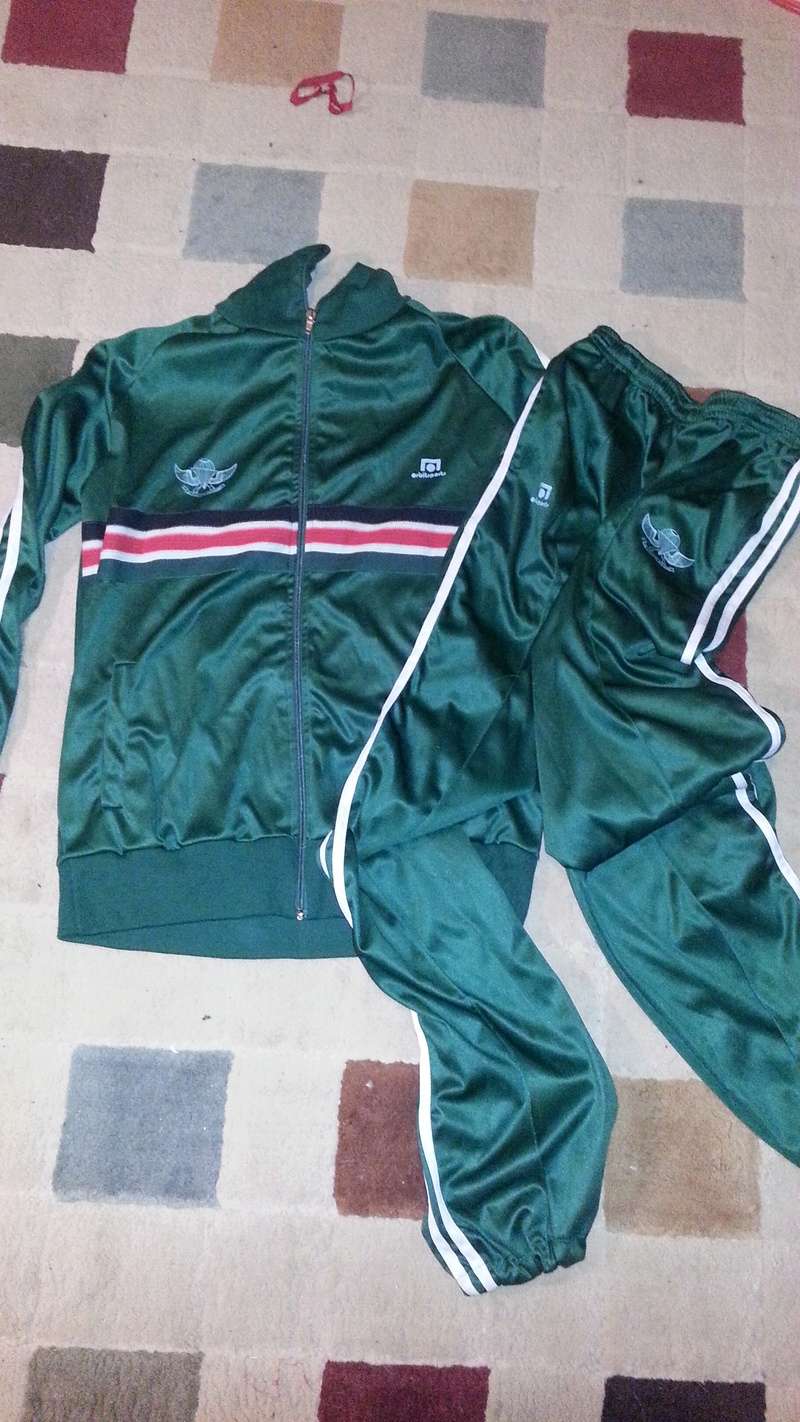 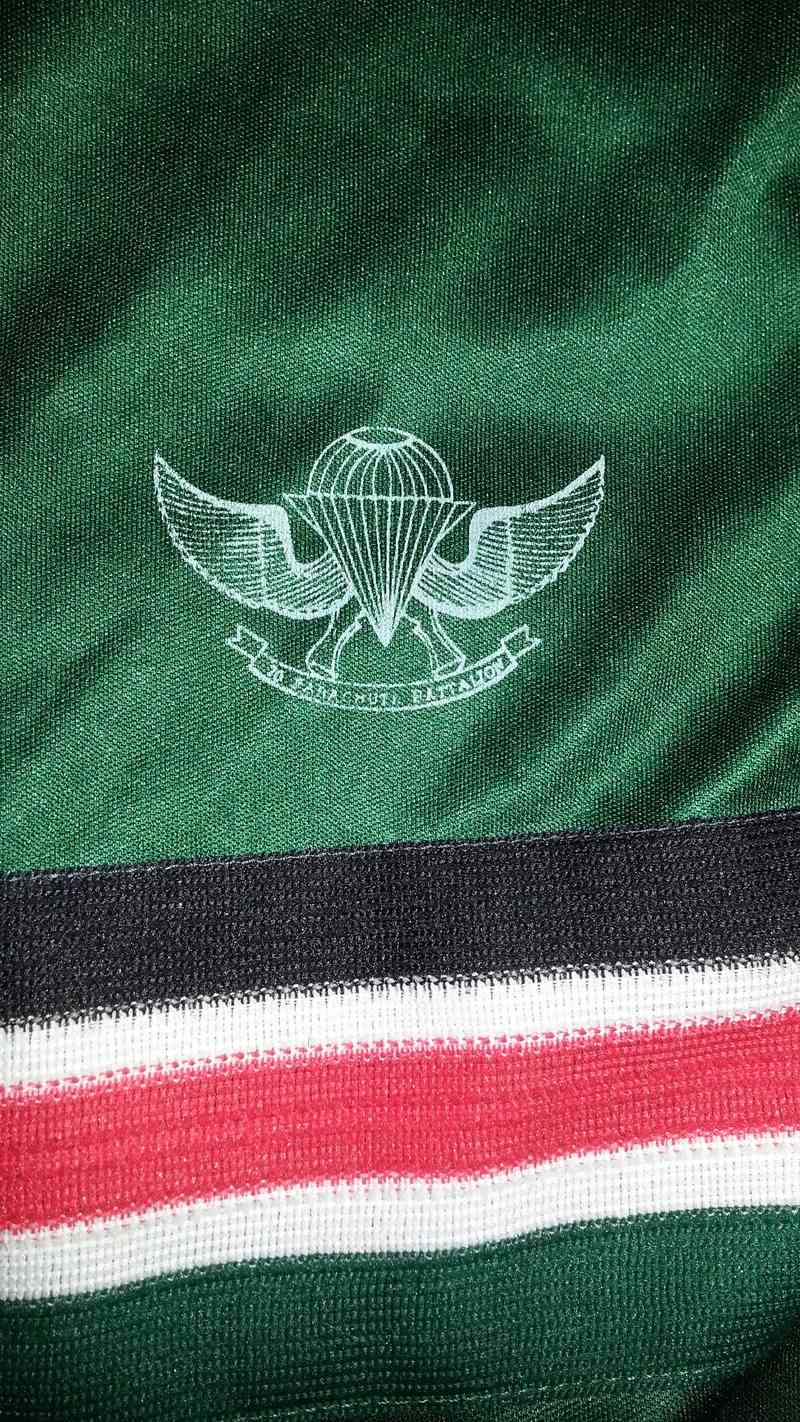 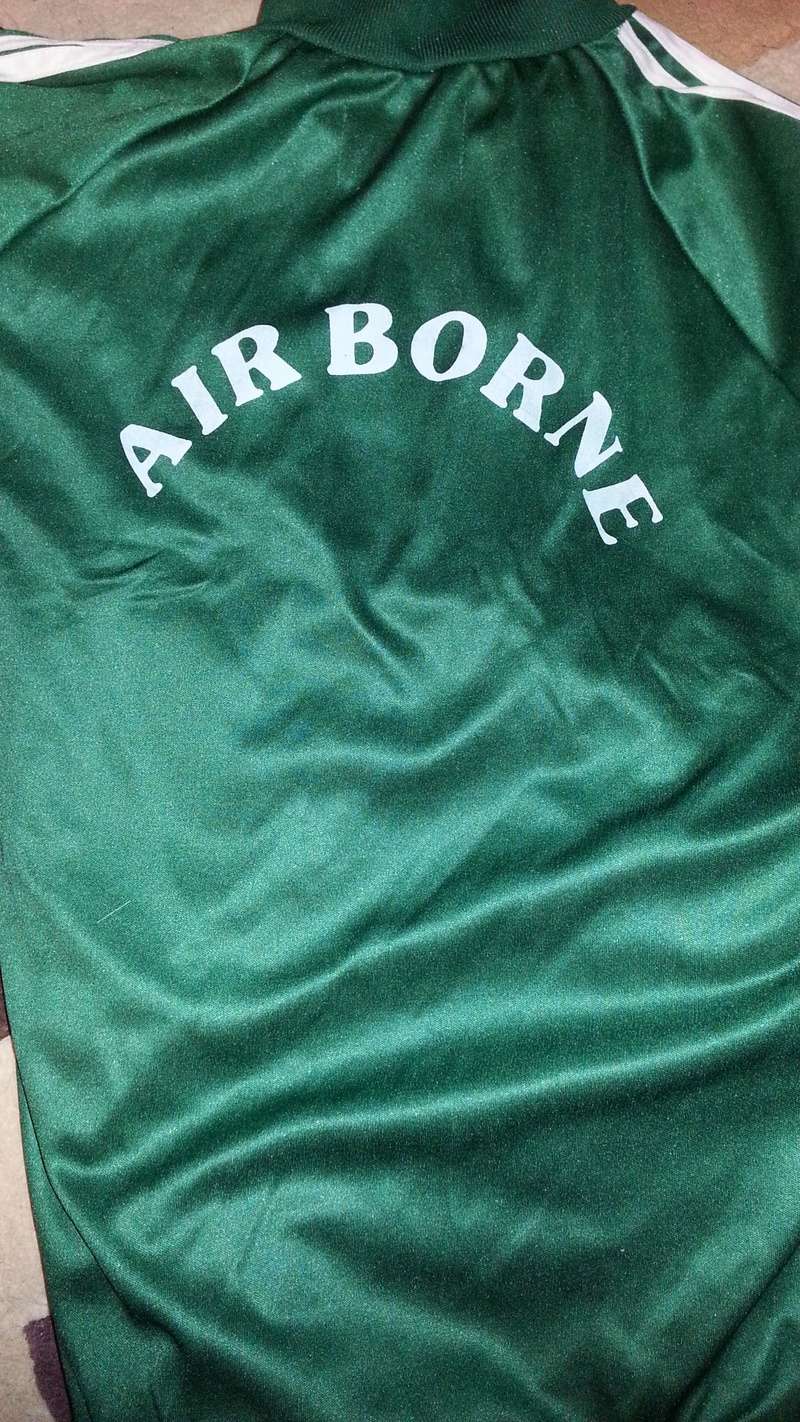 It should be noted that the Kenyan Armed Forces do not normally wear metal badges on their uniforms, and this was true of their cloth Parachutist Wings.  While back in the U.S., the 5th Special Forces Group had commissioned a metal version of the Kenyan Parachutist Badge, which the Kenyan government approved of.  One of my Kenyan Jump Certificates is displayed in my home "man cave" just below my Zaire Parachutist Badge certificate and wings. 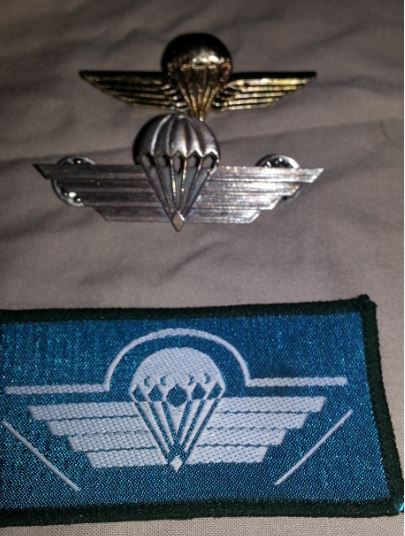 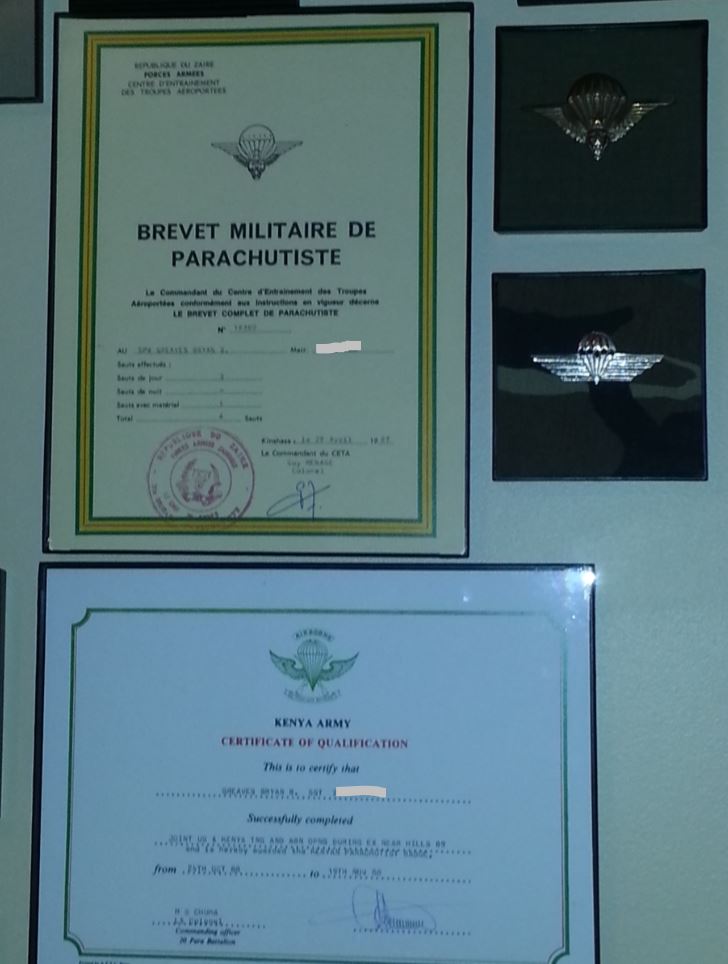 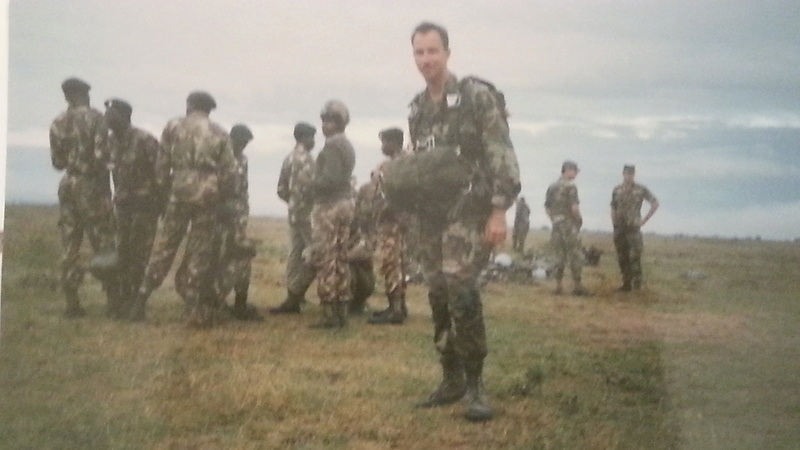 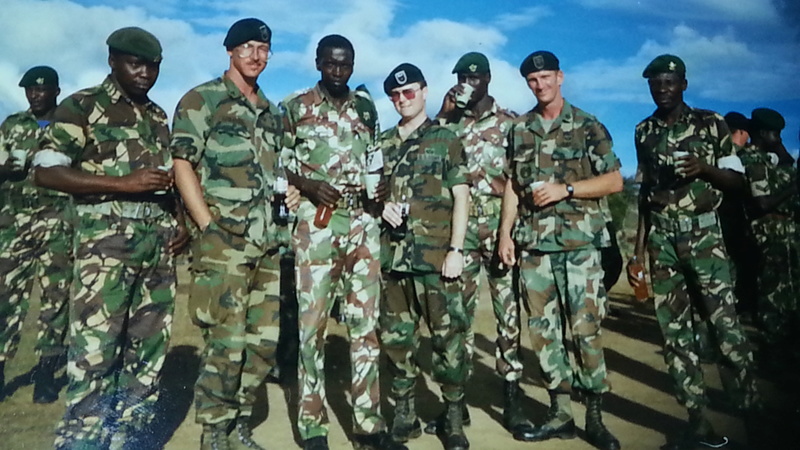 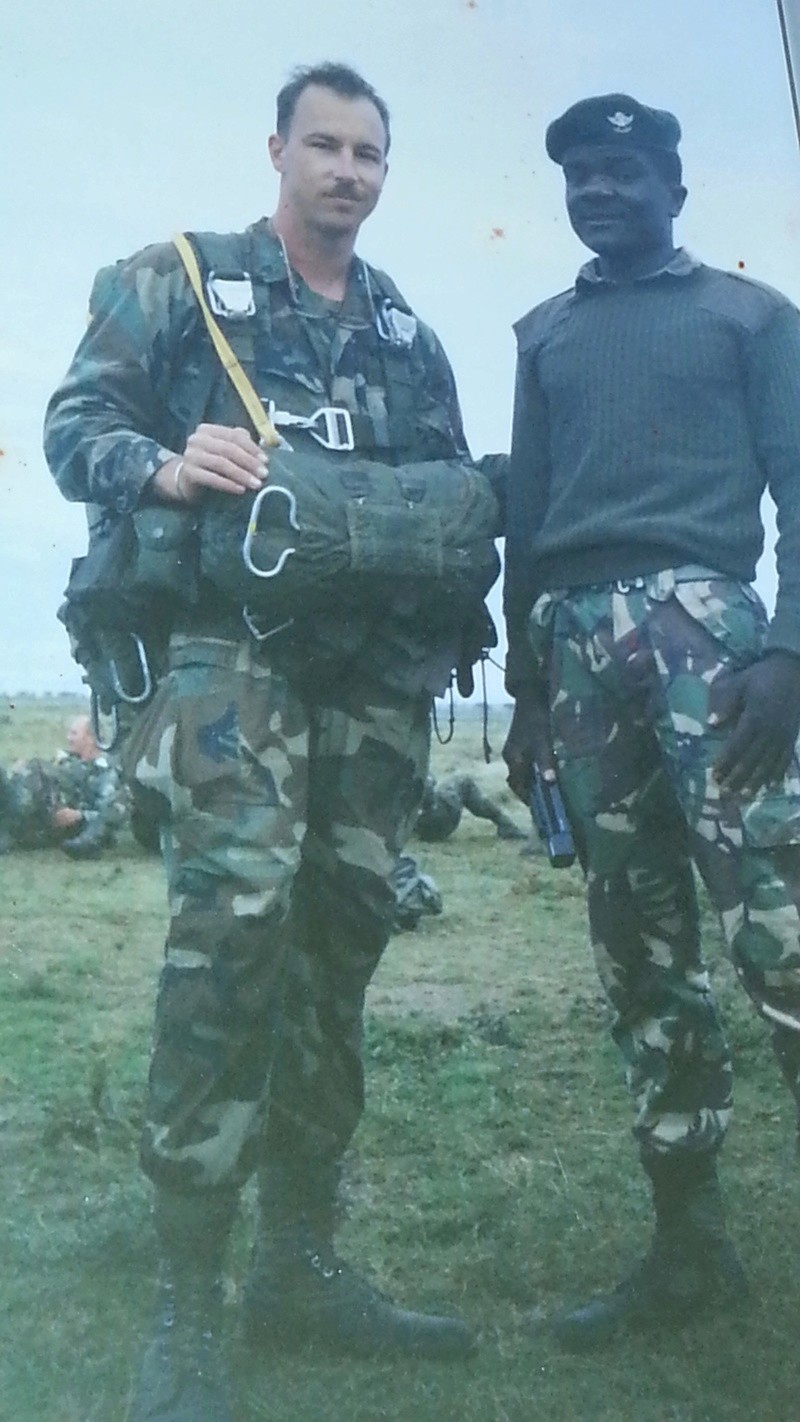 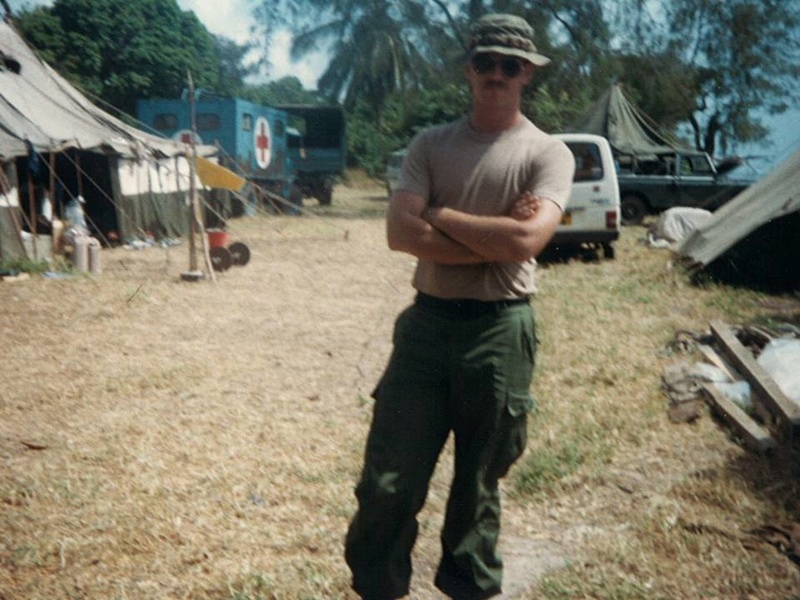 What a great post, with interesting background to the uniforms! Thanks for sharing!
brencam

I really enjoy your posts
You give a great insight into a world that I am interested in but have no real experience of.
The photos of the uniforms are a plus also
Bren
ripcord

Thanks for sharing your personal photos , experiences, and personal collections..