An Intelligence Sergeant with the 5th Special Forces Group, I was deployed as part of a military training team (MTT) mission to Somalia in 1989.  We were paired with the Somali Army's 31st Commando Brigade, at the Baledogle Airfield outside Mogadishu.


As we didn't want to alert our Somali hosts to the fact that I was in intelligence, my cover was as a medic.  The medics had unfettered access to the area, which made this an ideal opportunity for me to be able to see and record my findings throughout the 31st Commando camp, the airfield, as well as the local area in general.

During this time, I actually had to help treat local livestock - I had absolutely no experience dealing with livestock.  We rounded up cattle and goats and administered de-worming medication, and even treated one village's camels (vile, ill-tempered beasts).  During my time I managed to get kicked in the head by a bull, stung by very aggressive Africanized bees (we counted 17 bee stings on my head and shoulders), and covered in snot, s*** and goo.

I helped treat local villagers at some of the medical clinics we established (part of winning hearts & minds).  I was witness to illnesses and diseases like I never wanted to see.  I administered de-worming medication to local Somalis - and often had this medicine coughed back up all over me by some of the infants and children I administered to.  I was one day shown a couple long worms coughed up by a young Somali boy one day.  He held them up for us to see with a smile on his face.  That MRE lunch was a bit much for me to attempt to eat later that day.


I helped run rappelling training, as well as room-entering techniques to the Somali Commandos.

At the time, Somalia was embroiled in civil war, and the varied anti-government insurgent groups were steadily closing in on the capital city Mogadishu.  Several of the Western embassies began evacuating their people, while the American Embassy contacted us and directed us not to return to Mogadishu.  The first day in Somalia we broke open our contingency ammunition and each of us had to be armed.  We were occasionally shot at during our time there.

In August of 1989 we received word that a U.S. C-141 transport aircraft was on standby in Nairobi Kenya.  We were given 12 hours 'heads up' to get to the Baledogle Airfield and prepare to be airlifted out of the country.  We were directed to leave behind all of our non-essential gear.  We each made room in our rucksacks for a sensitive piece of equipment (I carried some of our communications gear).  When the Somali military command asked what we were doing, as we were still scheduled for continued Commando training, and our embassy replied that we were conducting no-notice Emergency Deployment Readiness Exercise (EDRE).  We flew away and didn't return.

Once the U.S. Embassy got word that our element was off of the African continent and accounted for, the U.S. Government announced that it was suspending its military assistance to the Somali government.

Unfortunately, we ended up returning to Somalia four years later in 1993.


While I was in Somalia in '89 I managed to bring home a couple Army insignia. 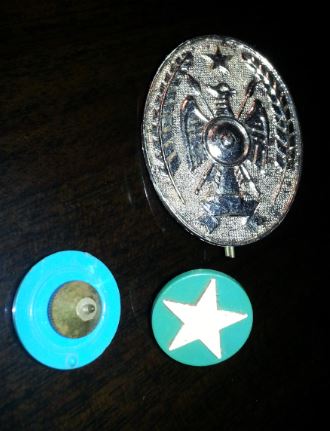 Here are a few photos of my deployment there: 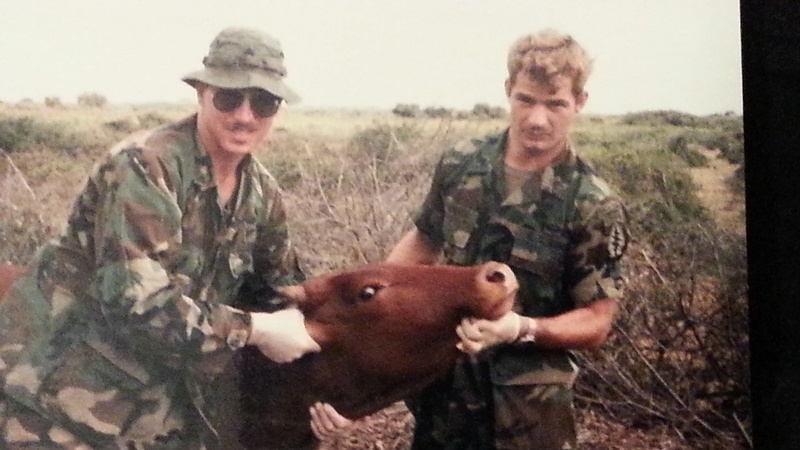 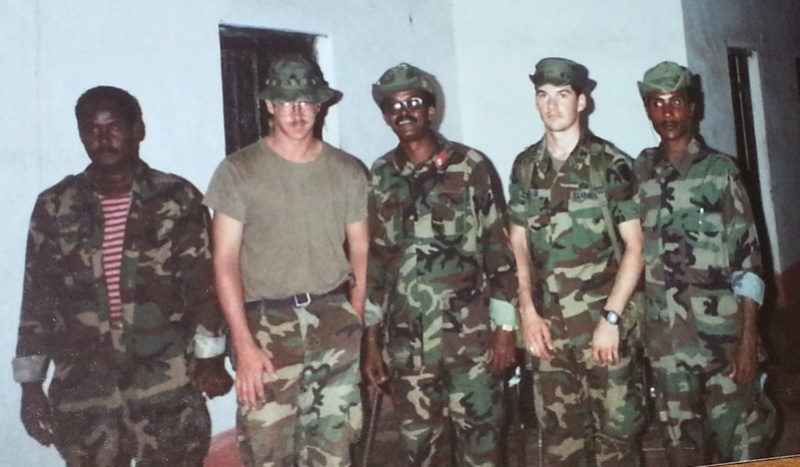 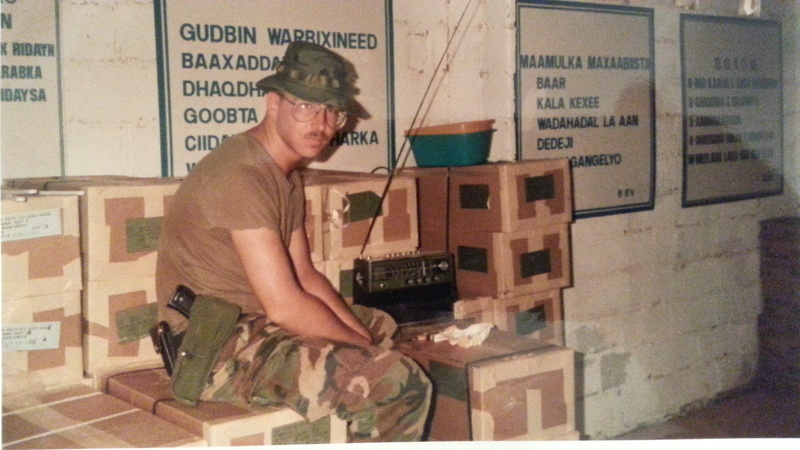 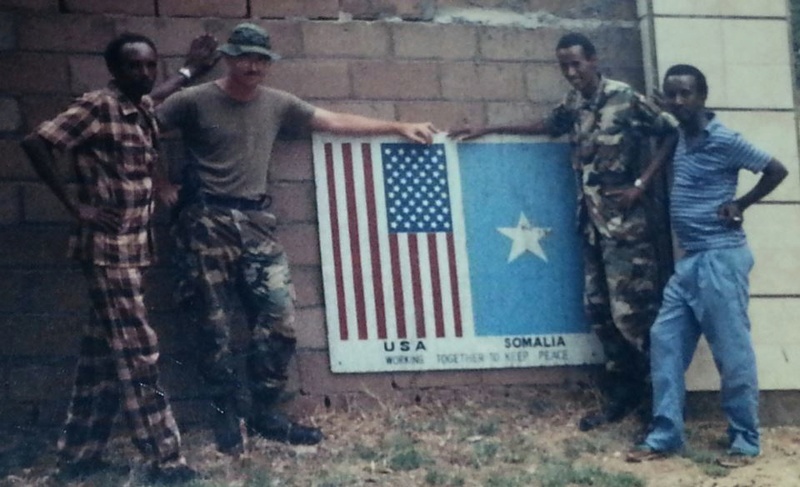