Hi chaps, first time posting here. I have a question about NZ webbing, I know in Vietnam Aussie and US made M56 ws provided along with plenty of British '44 Pattern bits. However I've been made aware of supposedly NZ made versions of the deeper M56 pouches intended to take SLR magazines, photo attached. I'd be interested to know are these post-Vietnam for use with the US ALICE components or were they made as far back as Vietnam for use with M56? 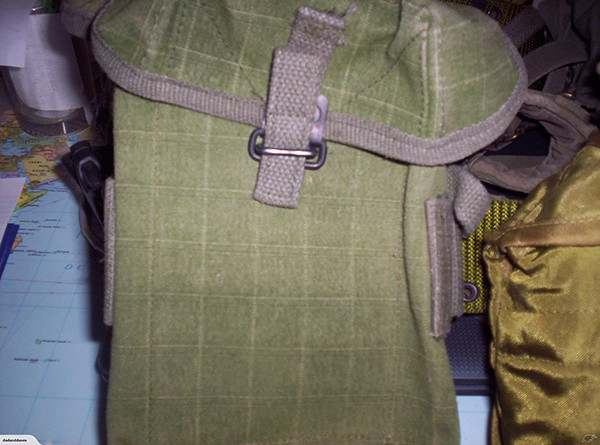 I don't know for certain, but from what I have seen elsewhere online, they date from after the war.
Smoore

Thanks for the reply Andrew, that's been my best guess too, just keen to get a solid answer if someone has one.
Bolty717

These were 1st issued in 1990. I joined in 1988 and we had a all cotton duck version made by Bell Trading and then later in 88/89 an all nlyon made version appeared. The canvas version was the same style just made of canvas. All 3 were made for the Styre but to be honest they were just poorly made versions of the Aussie SLR pouches from the Vietnam era. The cotton versions wore out and faded quickly, the nylon version tended to fray apart at the stitching. The canvas version faded in colour quickly and tended to chaff out at the fold points like the corners. NZ made webbing was rubbish in the 90s. Post ANZUS rifts ment we were not able to purchase USGI made Alice gear so we had alot of NZ made or imported rip offs. It wasnt till 99/2000 that DPM webbing became wide issue and the green era departed.

Very interesting, thank you! I didn't realise there had been a diplomatic rift post ANZUS... Nothing that would prevent the purchase of such equipment that is.
Bolty717

Once the Labour Government withdrew we had no US ship visits, no exercises and started purchasing non US equipment. We are still not part of ANZUS but realations are better.
Bolty717