This body armor happened to pop up here in Holland, it could have just come here in a surplus import, could have been from Dutch troops in the Korean War,
or could even have come here for use with the Dutch marine corps.
They did use some versions of the USMC M55 vest, so I don't think it's impossible some of these made it here.

It has some usage, some loose seams, the rear buckle is partly torn from the vest body, there's a name marked inside (Dudley), but at least all the plates are there.

I might put in on an early Vietnam USMC loadout, as I have 1 or 2 photos of M52's still in use then, eventhough I'd rather have the more correct type 1 M55, so I
don't know yet if this will be a keeper or if it'll go up for sale again. 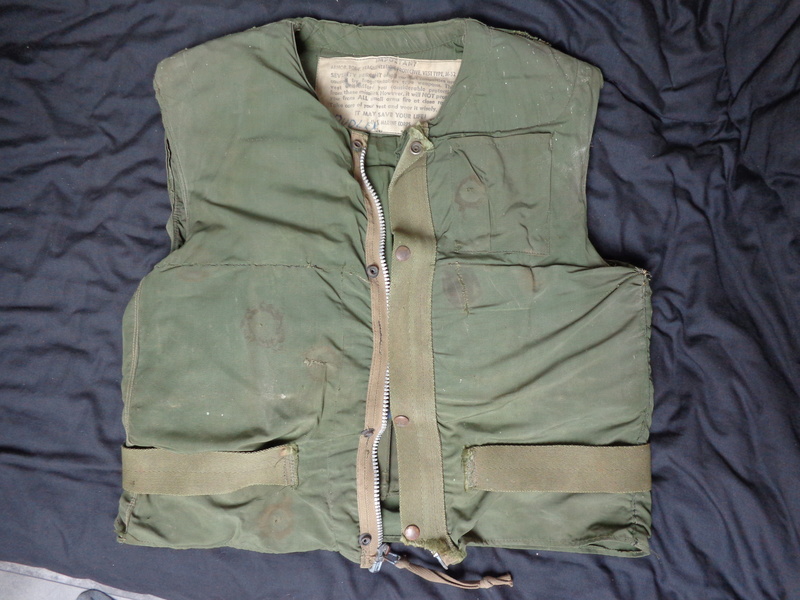 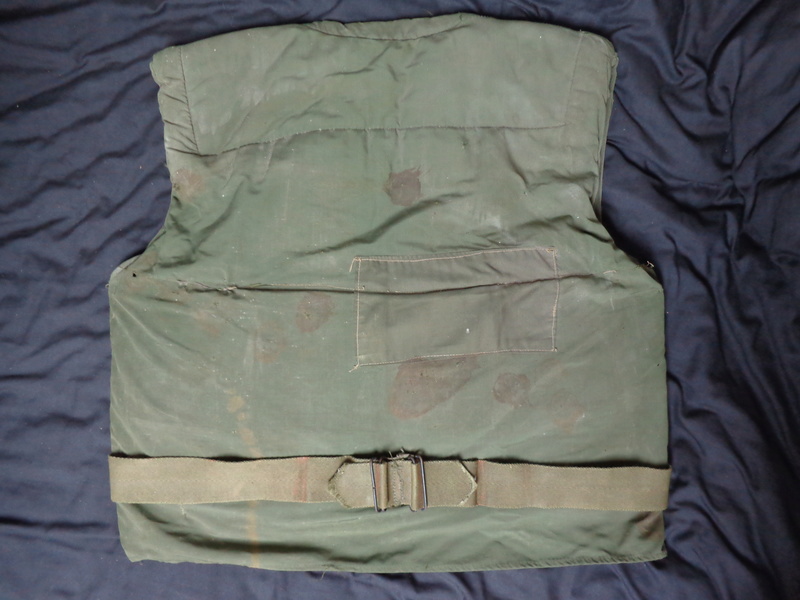 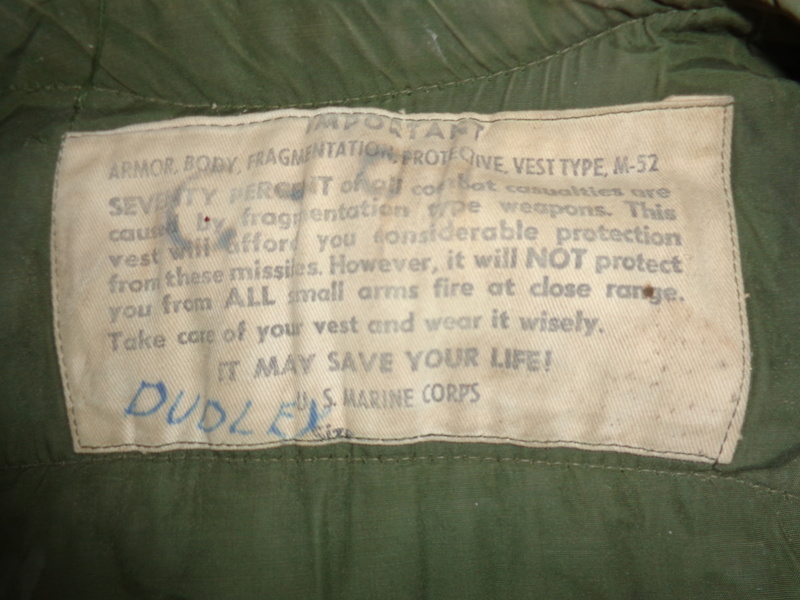 This is definitely an early Korean war model for the USMC. Don't think "Dudley" is a Dutch name but I guess we could have sold you guys used ones?
michelwijnand

Yeah it most likely (at least) started out as US used, maybe afterwards came to Dutch forces in some way or another, or maybe just randomly to Dutch surplus shops, no idea, seller has no idea on it's origins either.
Not strange to see used foreign gear in use though, I'm sure most of the M55's that came here were used ones, many being exported here after the USMC replaced them with PASGT's already.
Same with lots of fieldgear in the early 90's.

Heck there's even M1 frontseam helmets that were converted from fixed bale to swivel bale, got a chinstrap riveted on, and a nice Dutch darkgreen repaint, and did service into the 90's!