Very rare special overalls for Germany's KSK forces. It is made of heavy duty fire resistant cloth, has padding for knees and elbows, Cordura for the seat and other places, and more pockets than can be counted! You can also see the step in/out double zippers up the front plus a third zipper for, er, "other missions"

It is supposed to have a zip on/off hood, but mine came without it.

There is also a black version which is also ultra rare. I passed up fighting hard on one many years ago. I think I should have fought harder.

Even rarer than both, I think, is the snow version that is made out of what looks like a heavy duty Goretex material. Unlike the black one, it's simplified in that it has less pockets, zippers, and other doo-dads on it. 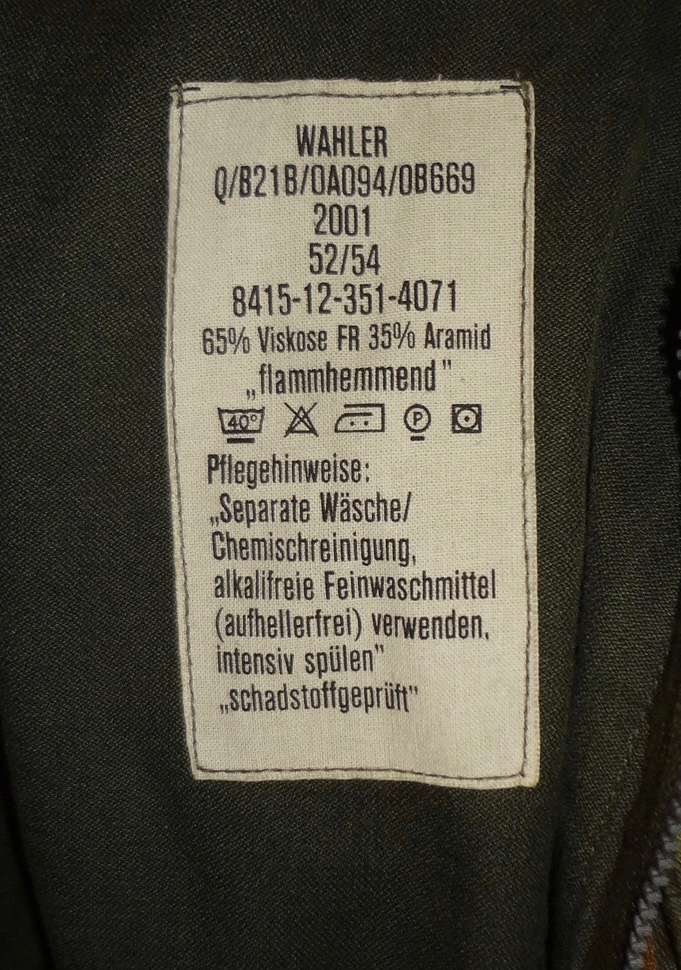