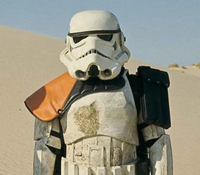 Hi!
Recently I got my hands on some Polish goods from the 1990s period - and I think it's a nice opportunity to present one of the more niche pieces.
We all know the ever-so-hated OLV body armor vest - however there were a few more, definitely lesser known to the point of obscurity.

This one is the OCHRA manufactured by Moratex, somewhere in the first half of the 1990s and introduced most likely shortly before the OLV.
The earliest example I could find online was 1993 dated. Mine unfortunately, has no visible stamps. 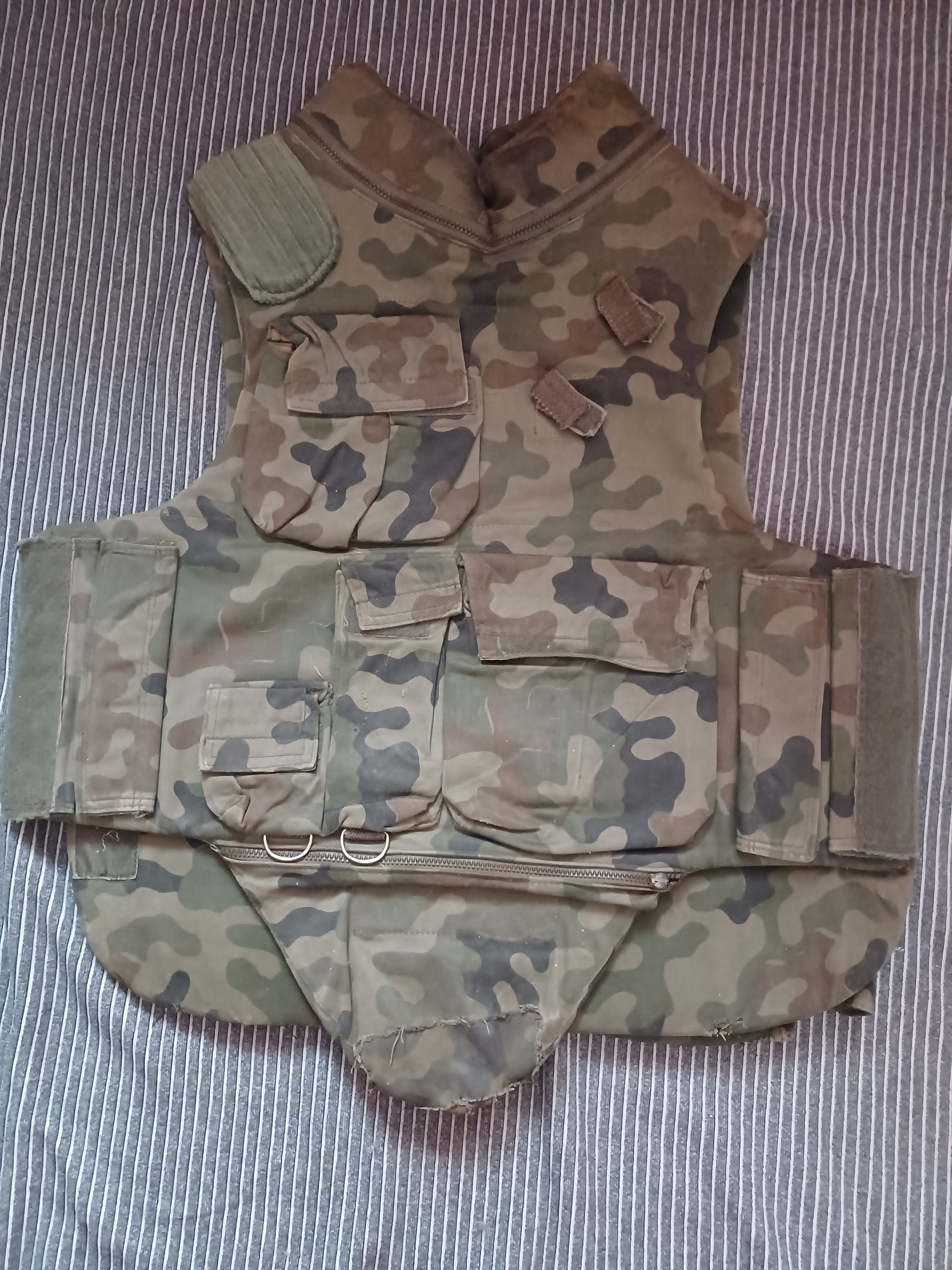 Up front we can see 3 magazine pouches, a grenade pouch, a personal aid kit pouch on the right breast and bayonet sheath loops on the left.
What also catches attention is a corduroy pad on the shoulder, intended to help with shouldering an AK pattern rifle.
Unfortunately the one I own has a few imperfections, the most striking one being a noticible repair on the groin protector. This is most likely due to intense use or poor storage conditions - or both. 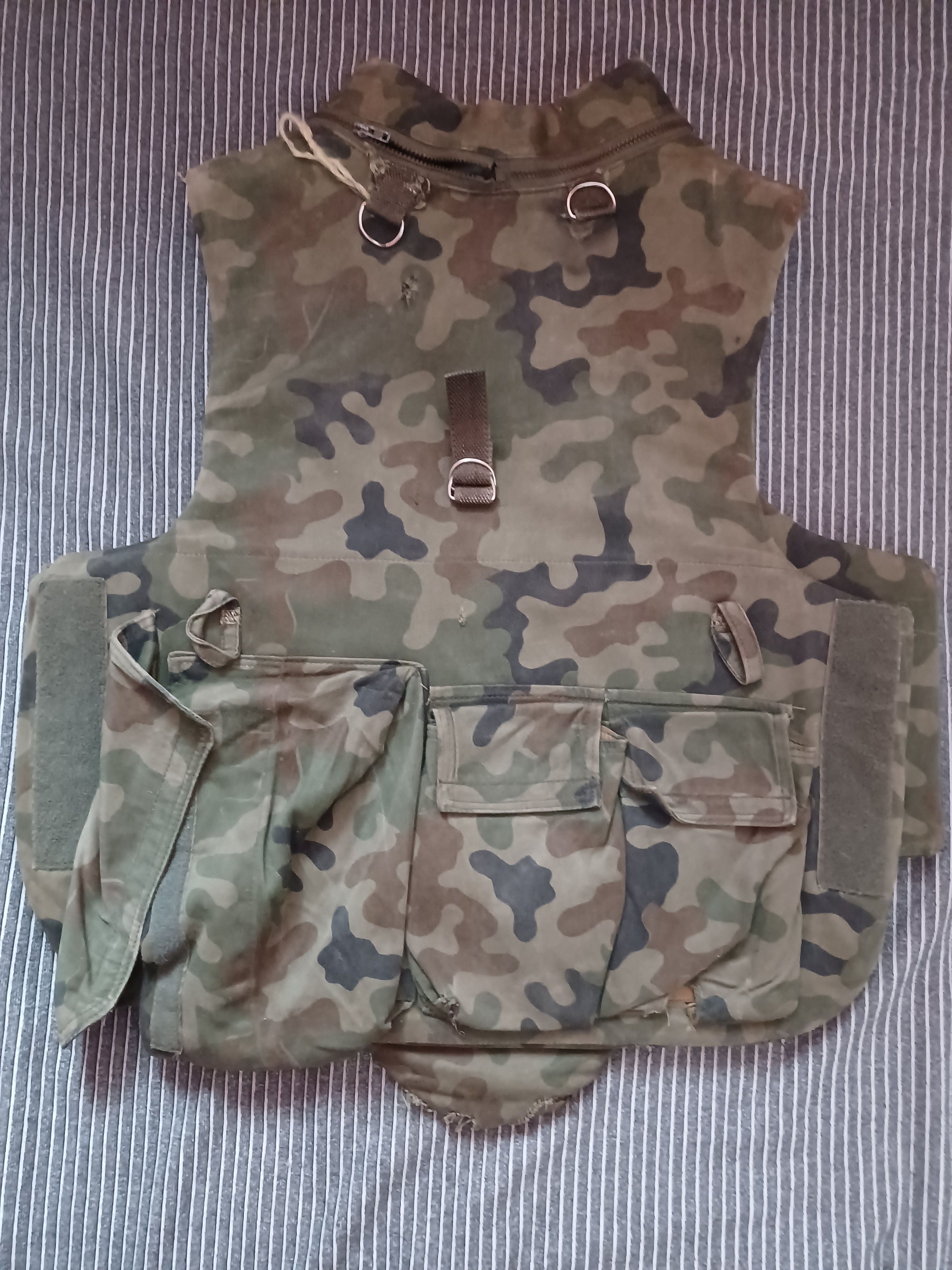 On the back there are loops intended for attaching an OP-1 chemical suit bag to the vest, and pouches for the MP-4 "Bulldog" gasmask, a canteen, and a shovel. Interestingly enough the shovel pouch has a small cut-out in the bottom - possibly to accommodate the older spades with fixed handles? 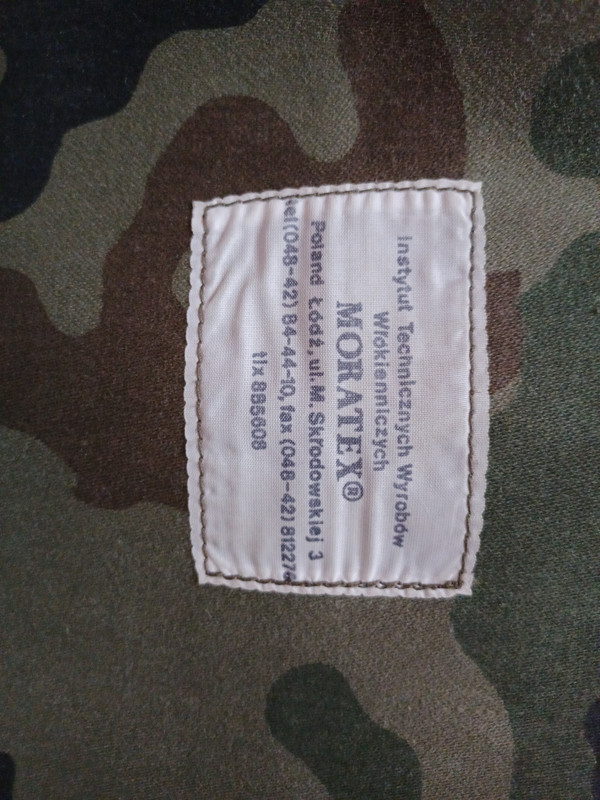 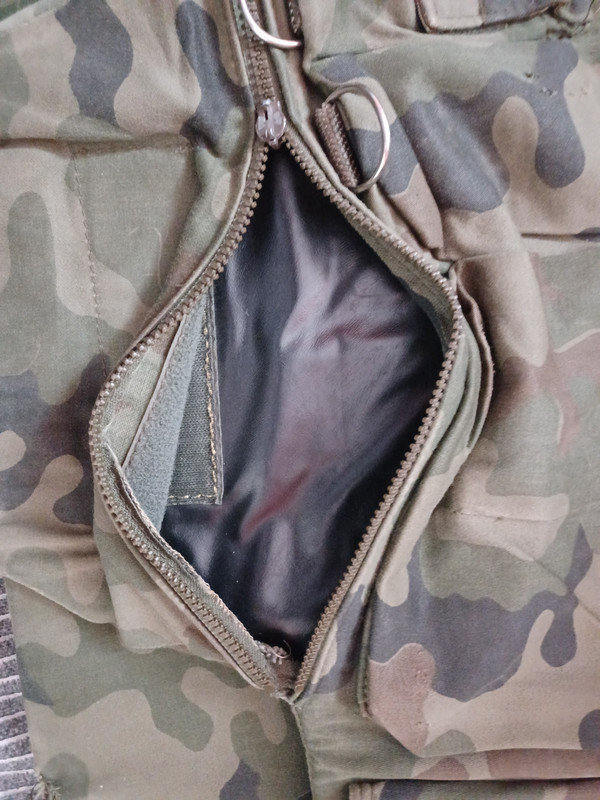 A peek at the kevlar insert. A visible velcro square for attaching the insert to the cover.
For whatever ungodly reason, someone in the Polish MoD decided that OCHRA's kevlar insert should be a single component - no, the front and back parts aren't split in two, it's basically a whole vest that you just wrap a cover around! The only separate insert is the groin one. You can probably imagine the comfort of  this thing - it's so stiff putting it on is a chore, let alone running'n'gunning...
And no, there is no space for a ballistic plate; that would come in a later variant, allowing for use with a steel front plate.

A view from up front by yours truly. OCHRA is a chore to put on and wear, and it probably shows here - despite being my size (any continent and country, I'm a M vest user), it stiffens me up right away and even makes head movements difficult. It gets worse when you actually try to crouch, sit down or simply reach for something on the ground - kevlar insert is so stiff the vest doesn't bend and instead just climbs up to your chin, effectively turning you into a turtle 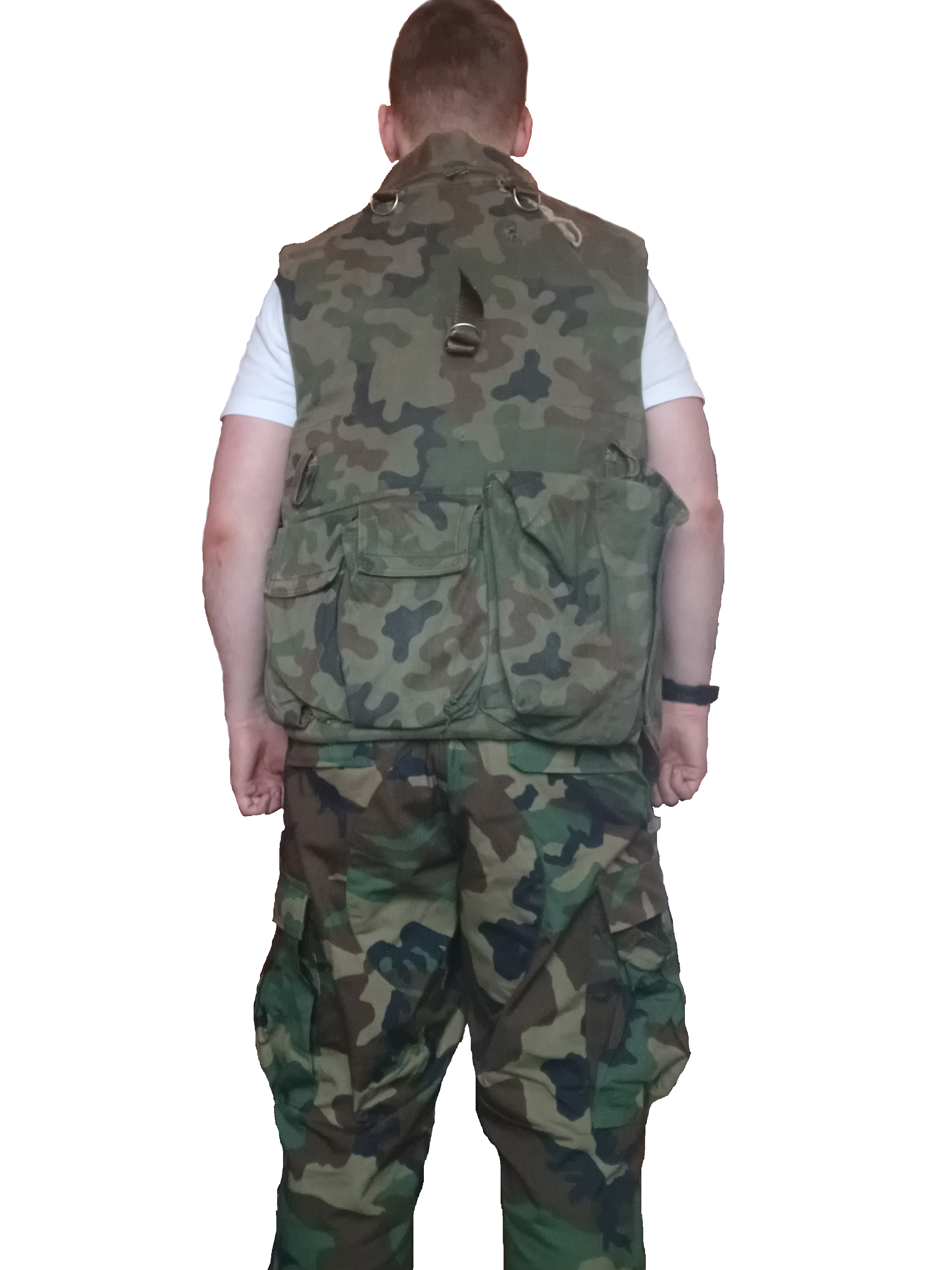 A view from the back. Sorry for the BDUs by the way, I took those pics just as I happened to wear them, and I just couldn't be bothered to grab my Pantera cammies

All in all, the OCHRA is an interesting, however a rather unsuccessful piece of equuipment. Very uncomfortable to use and offering little protection (NIJ IIA according to a document released by the
Military Institute of Armament Technology), it still remains an obscure and a rare piece of equipment. Rarely seen here in Poland, I'd believe those are pretty much unobtainium beyond our borders. Not to brag or anything

Some reference pictures of it in use: 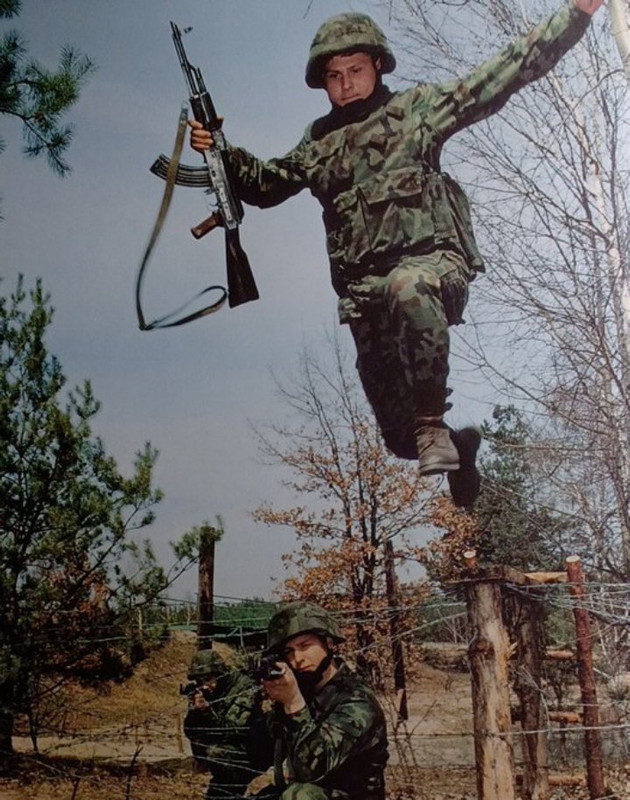 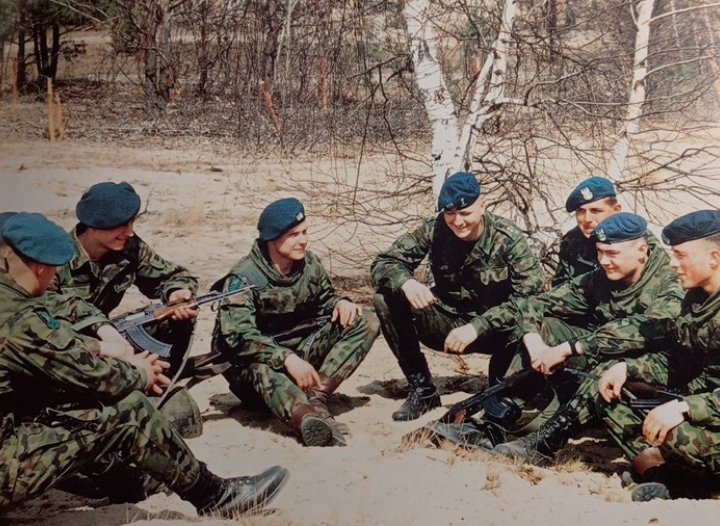 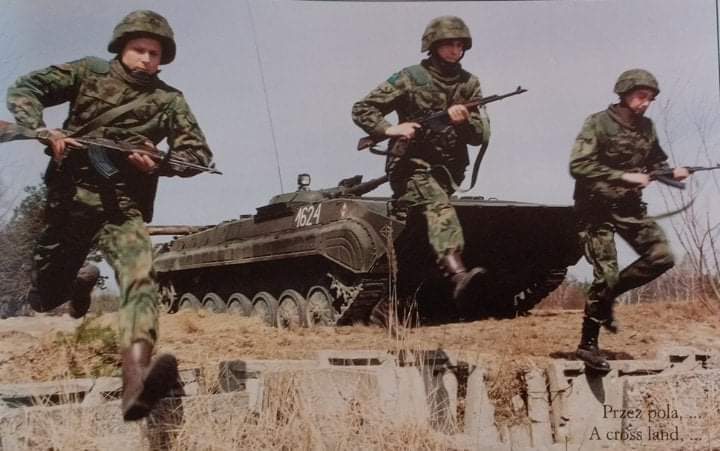 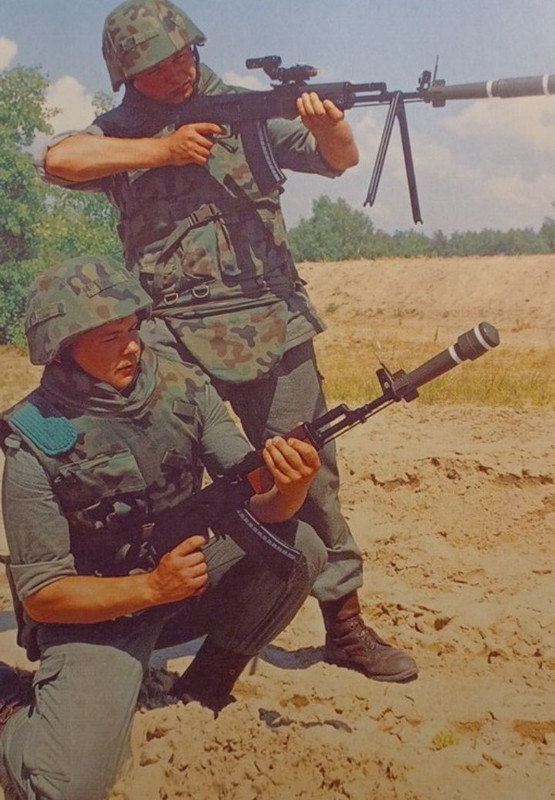 Thanks for sharing! Great info- I have a Polish flak vest that I am struggling to find information on. Based on yours, mine seems to be something perhaps for Armored vehicle crewmen or other specialty troops. It has soft armor front and back, and one steel plate in the front, mounted on a pouch on the front soft armor insert. It has a small pouch on the front for two grenades, and what seems to be a general purpose pouch. The date on the inserts is 1995, but the only photograph of it I can find seems to be during training, sometime in the 2010's where it is obviously obsolete. 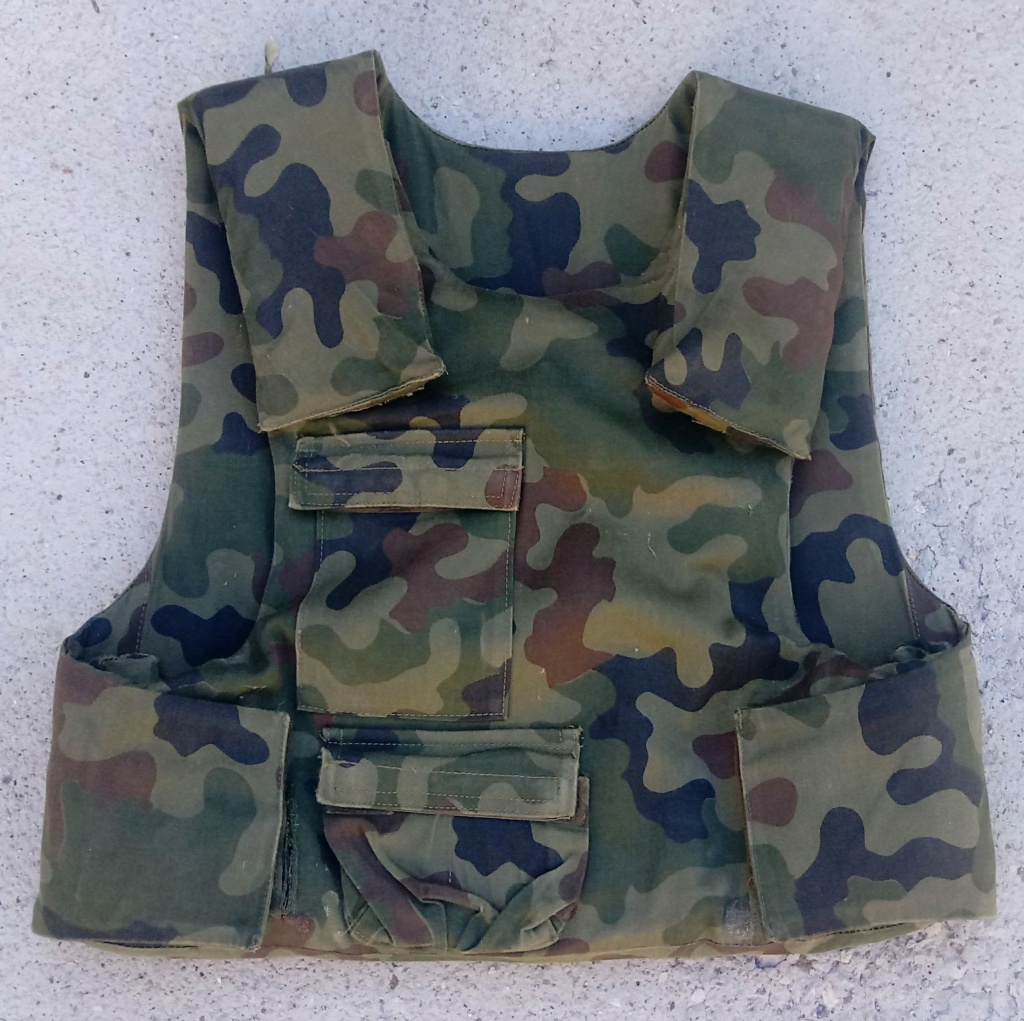 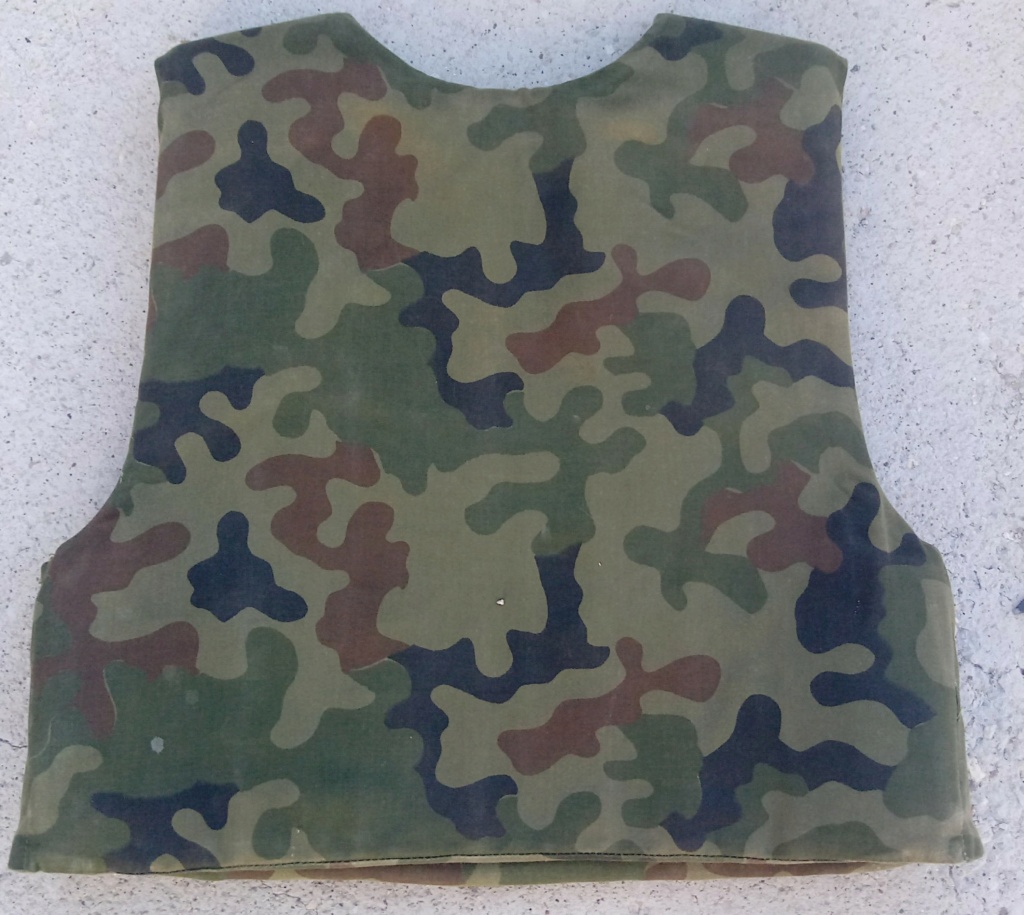 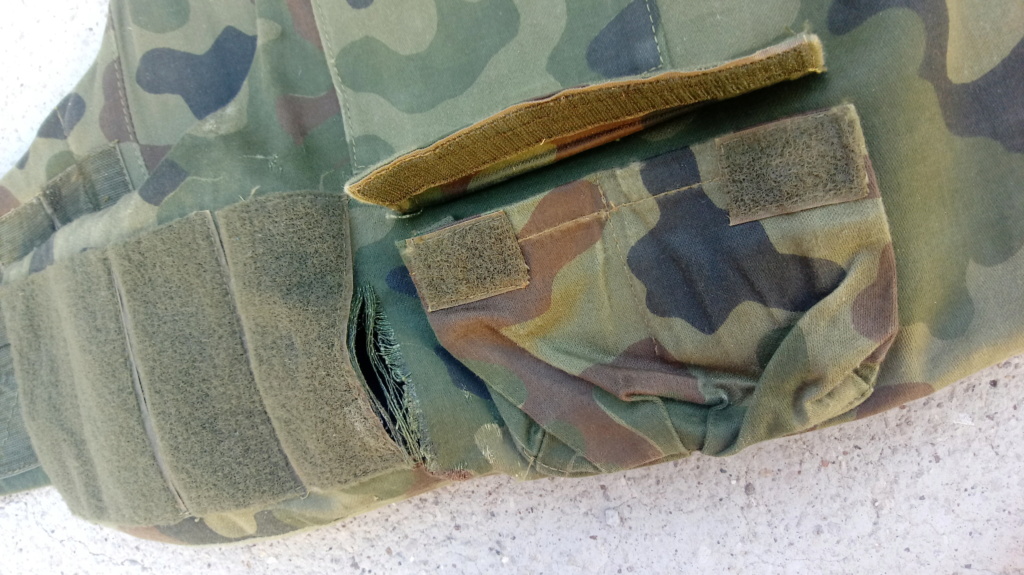 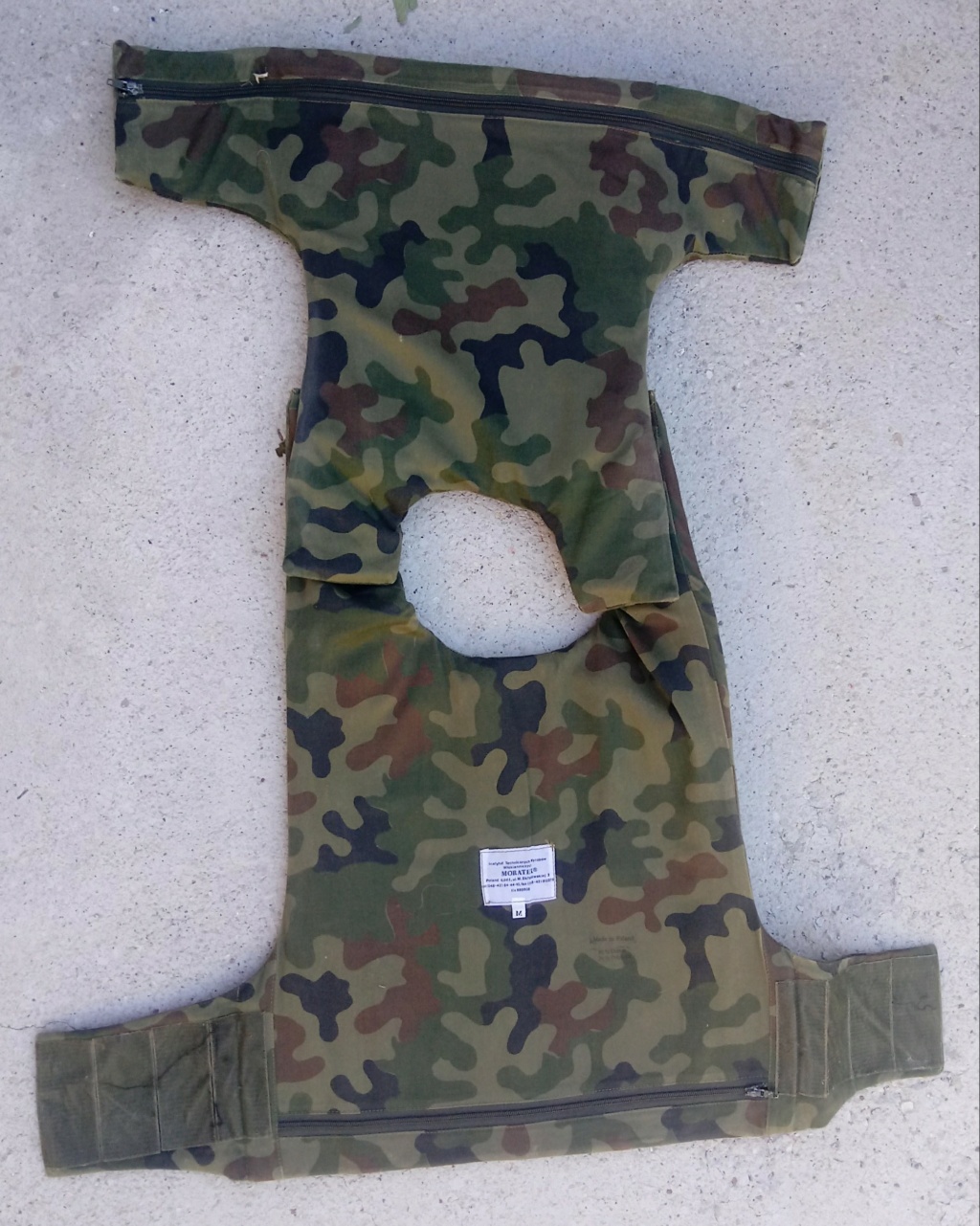 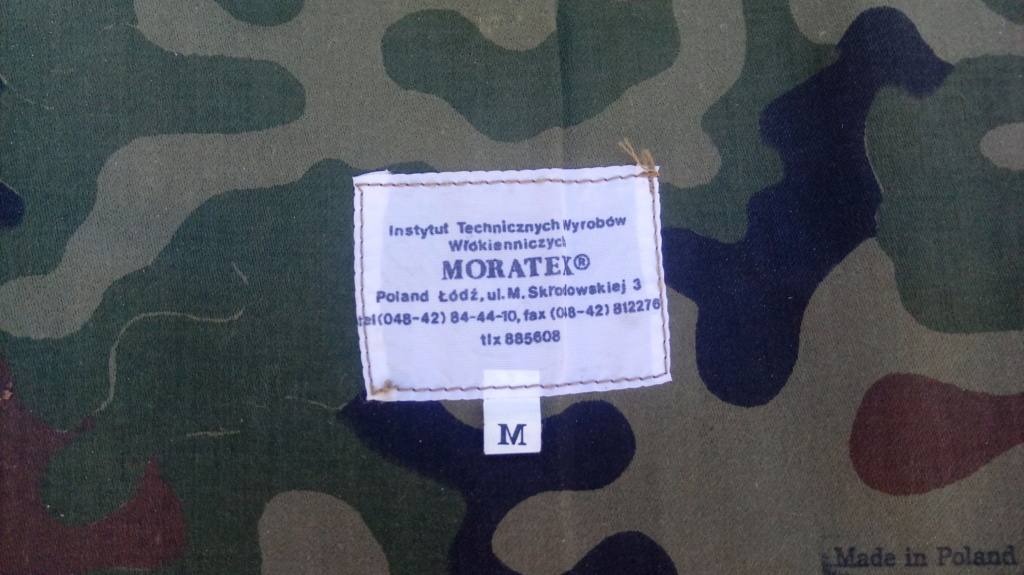 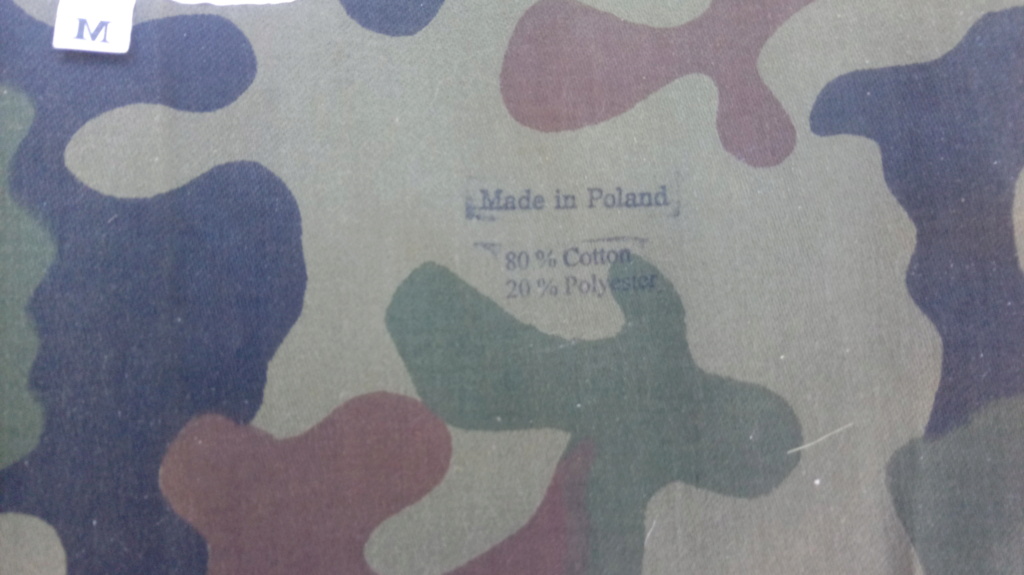 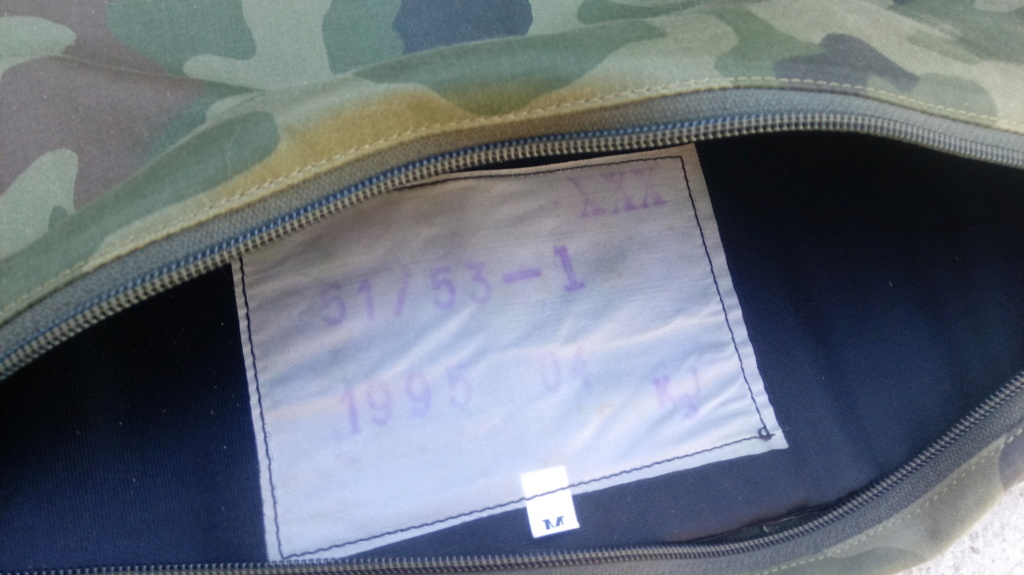 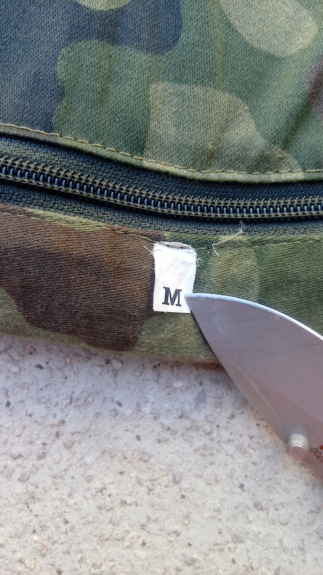 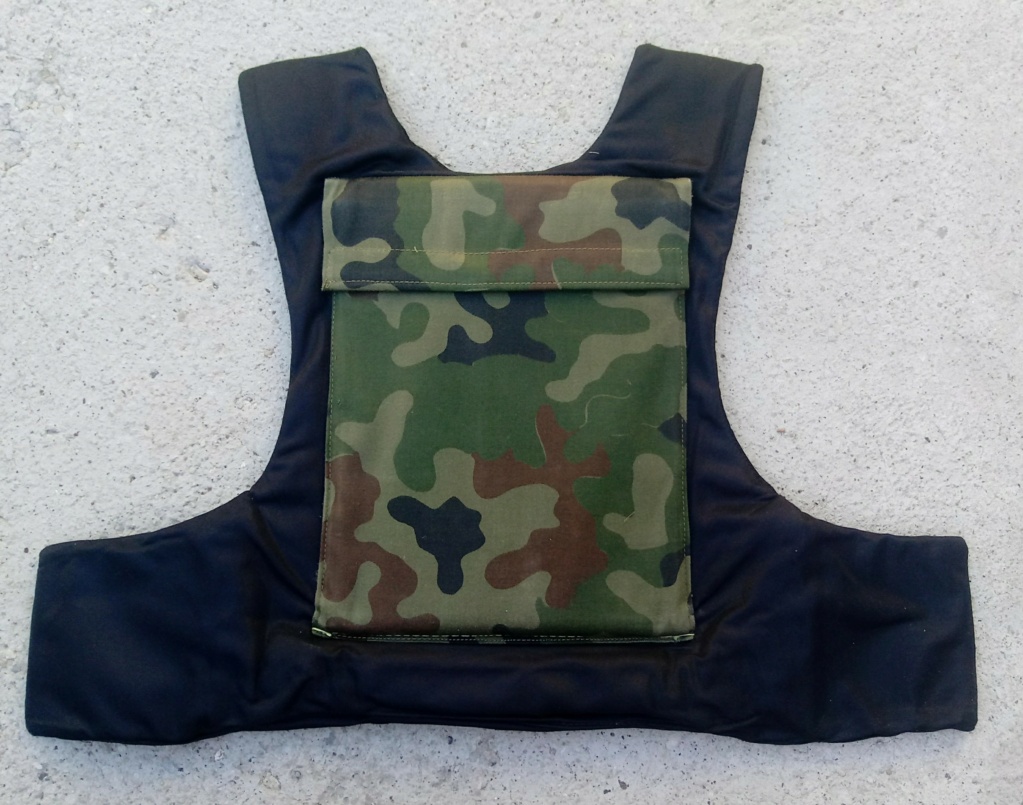 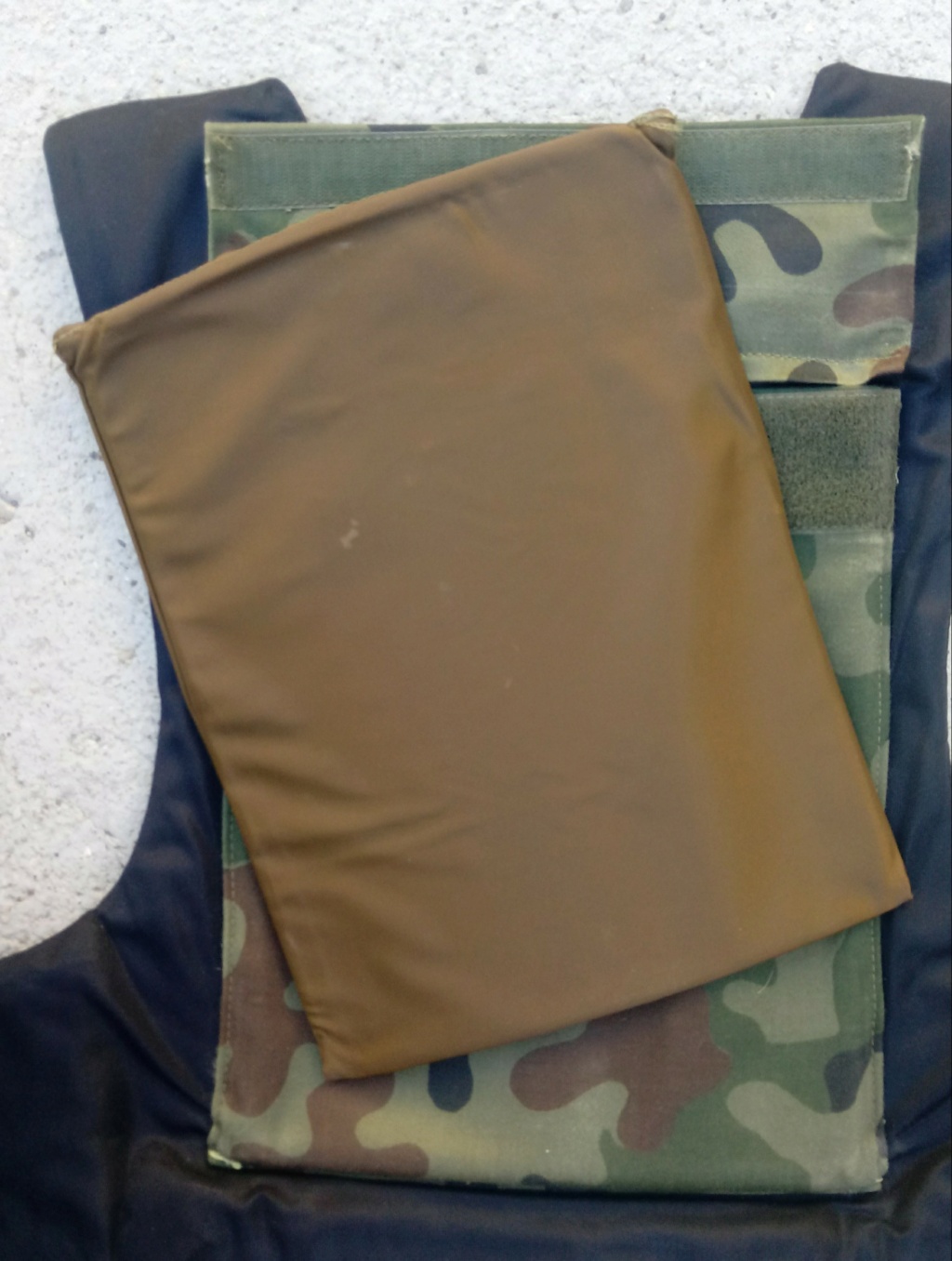 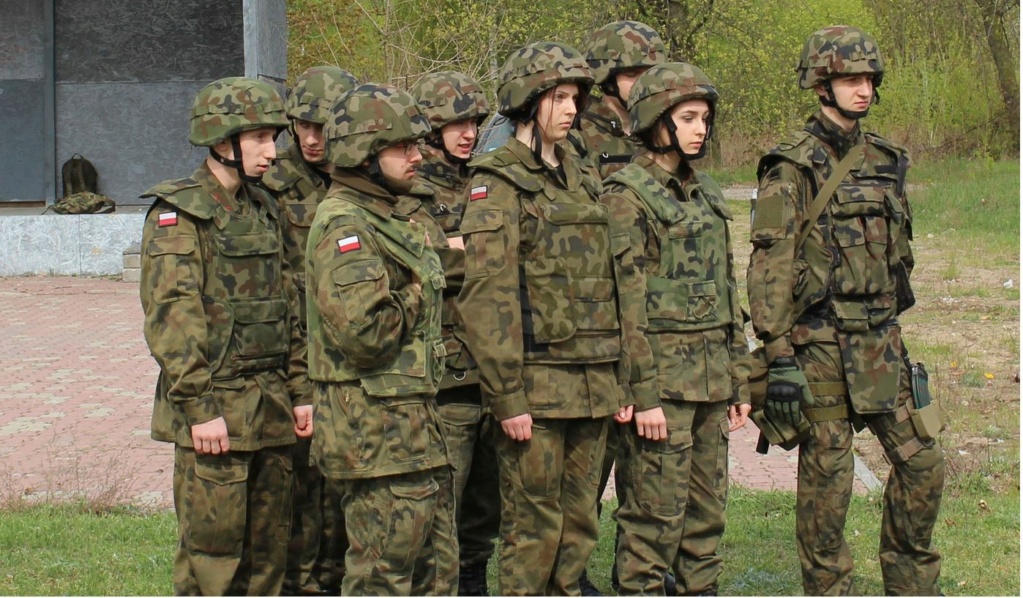 Hi. It's been a while since you've posted, I'm sorry I'm answering just now - but only recently did I get the answer to your question, from someone more knowledgable than me.
Turns out what you've posted was one of the attempts at modernizing the OCHRA, or replacing it. It's not exactly known since it's an even more obscure piece of equipment - and shortlived at that.
And again... nowhere close to comfortable.

More info than I had before- thanks!
Sponsored content