The United States Special Operations Command (USSOCOM or SOCOM) is the Unified Combatant Command charged with overseeing the various Special Operations Commands (SOC or SOCOM) of the Army, Air Force, Navy and Marine Corps of the United States Armed Forces. The command is part of the Department of Defense. USSOCOM is headquartered at MacDill Air Force Base in Tampa, Florida.
The idea of a unified special operations command had its origins in the aftermath of Operation Eagle Claw, the disastrous attempted rescue of hostages at the American embassy in Iran in 1980. The ensuing investigation, chaired by Admiral James L. Holloway III, the retired Chief of Naval Operations, cited lack of command and control and inter-service coordination as significant factors in the failure of the mission.[1] Since its activation on April 16, 1987, U.S. Special Operations Command has participated in many operations, from the 1989 invasion of Panama to the ongoing Iraq War.[2][3]
USSOCOM conducts several covert and clandestine missions, such as unconventional warfare, foreign internal defense, special reconnaissance, psychological operations, Civil Affairs, direct action, counter-terrorism and War on Drugs operations. USSOCOM's global performance in combat and noncombat areas has proven the value of a mature, culturally attuned, properly equipped, and adaptive Special Operations Force (SOF).[4] Each branch has a Special Operations Command that is unique and capable of running its own operations, but when the different Special Operations Forces need to work together for an operation, USSOCOM becomes the joint component command of the operation, instead of a SOC of a specific branch. 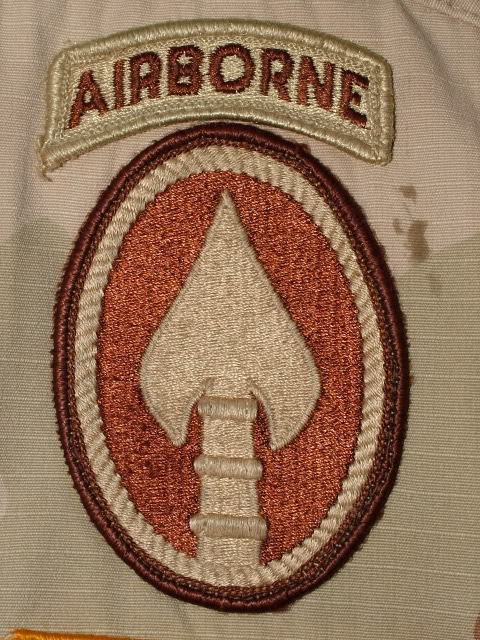