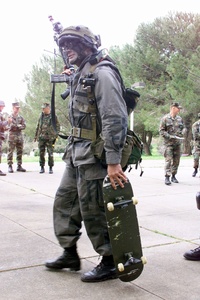 I've done some searching and can't find any threads on military movies. I think its time we got one to discuss any particular movies we have seen or heard about past or present.
Let me start with my 3 favorites:

what about you guys anything in particular?
bond007a1

As Far as my Feet Will Take Me

Its weird, I just watched that movie this past weekend. A great movie in many ways. How about:
A Bridge Too Far
Stalingrad (German made)
Thin Red Line
panzerwerk 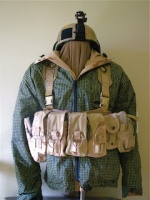 You all have pretty much named all the ones I like.

Saving Private Ryan is one of my all-time favourites, also. There are honestly so many war movies I can't name all the ones I've seen and liked. I do remember another "smaller" movie called Hell is for Heroes, I believe Steve McQueen was in it...I've only seen it once, though.
_________________
Interested in any European digital camo. 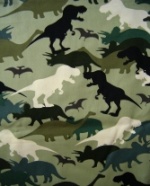 I was under 10 yrs. old when Apocalypse Now was shown here and I did not understand the movie much. It was shot on location here in the Philippines too bad I wasn't collecting then or else I could have inquired about the uniforms they used. Another movie that comes into mind is Battle of Midway. I think that was the first movie that they featured with "Sensoround" sound. Saving Pvt. Ryan is also in my list with those gory and realistic scenes.
Mk1rceme

Devils Brigade is one of my favs. The upcoming movie Tommy Prince: Prince of the Devils i'm sure will be a favorite as well.
Camo_fiend

AH! How could I have forgotten Devil's Brigade?!? I loved that movie; it was funny, but very enjoyable at the same time.

A Midnight Clear.
Synopsis: Set in 1944 France, an American Intelligence Squad locates a German Platoon wishing to surrender rather than die in Germany's final war offensive. The two groups of men, isolated from the war at present, put aside their differences and spend Christmas together before the surrender plan turns bad and both sides are forced to fight the other.

Broken Lullaby. (Black and white movie from 1932. This is on my favorites.)
Synopsis: A young French soldier in World War I is overcome with guilt when he kills a German soldier who, like himself, is a musically gifted conscript, each having attended the same musical conservatory in France. The fact that the incident occurred in war does not assuage his guilt. He travels to Germany to meet the man's family.

Mother Night.
Synopsis: Howard W. Campbell, Jr., an American expatriate playwright, Nazi radio propagandist, and Allied spy, writes his memoirs during his pre-trial confinement in 1961 Haifa and learns that people are what they pretend to be.
BringMeOurFlag