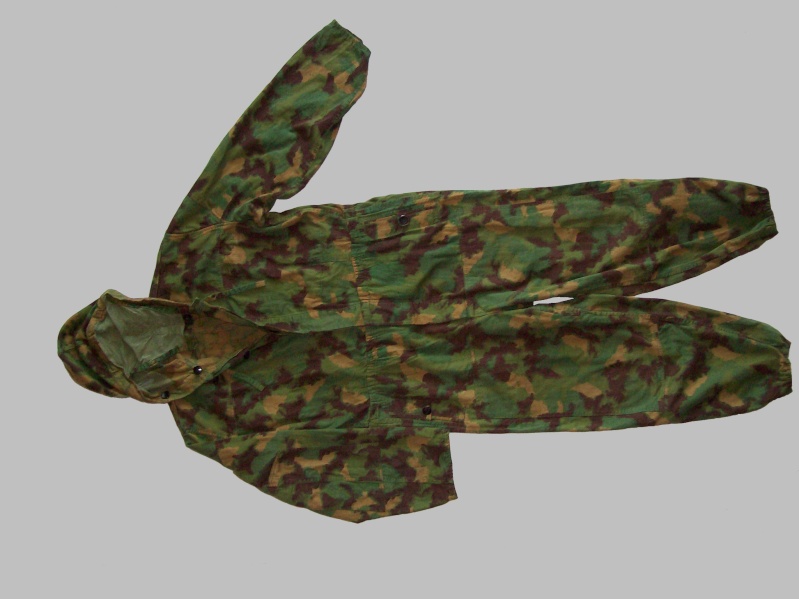 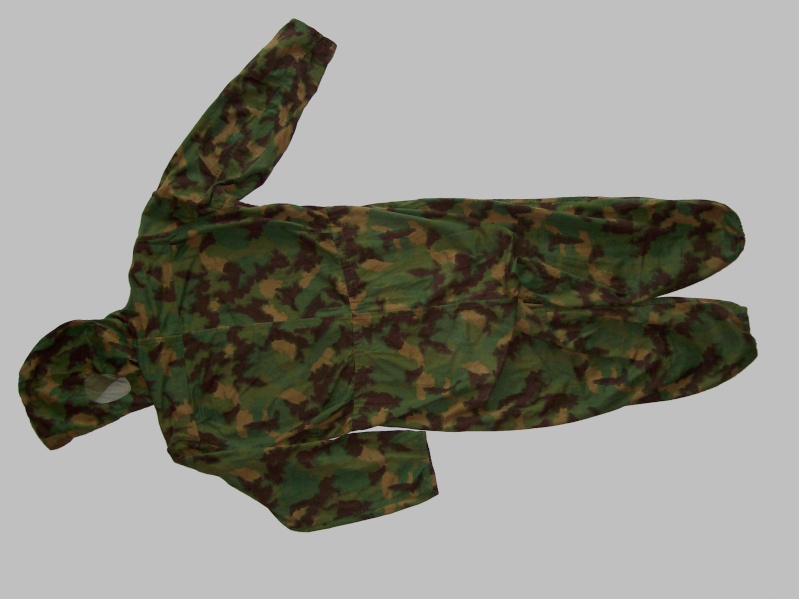 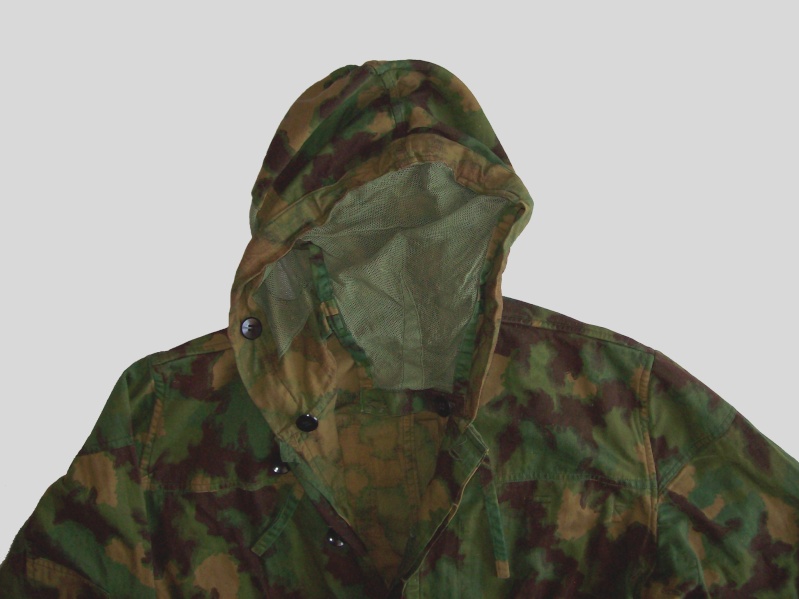 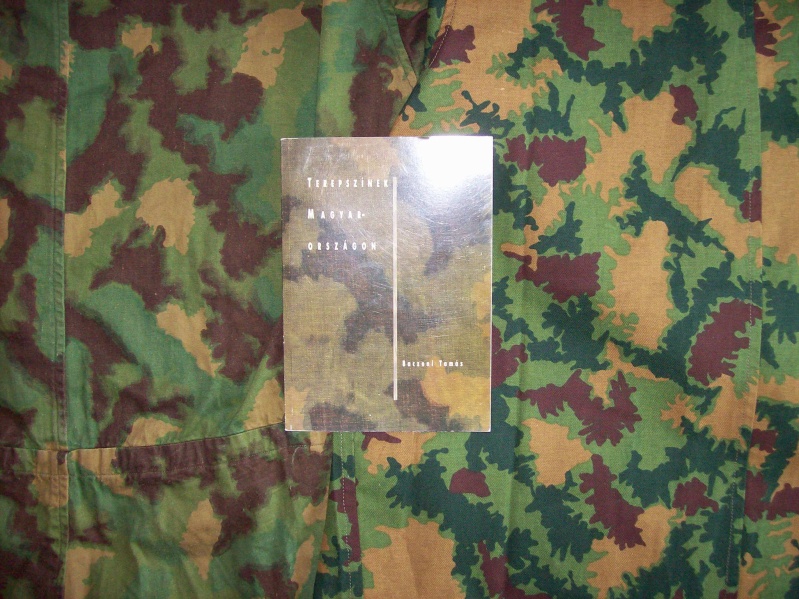 In left the coverall, in right the following jacket
Small book who speak about Hungarian camouflage
The coverall and the jacket are unreferenced in the book
The book cover show a pattern that is referenced as trial pattern ( in the book), similar at the coverall pattern
Gilles 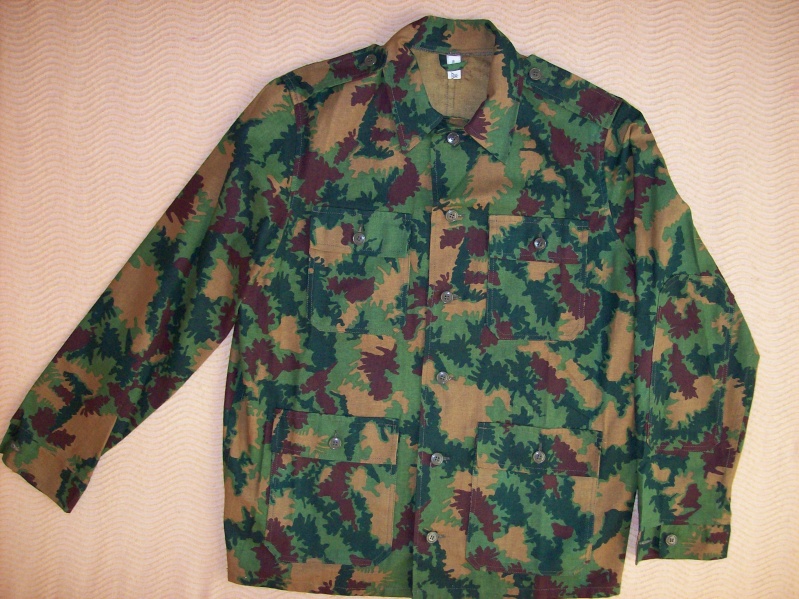 The cover all is a nice Border guard example !!

The shirt is a commercial hunting shirt , but still hard to find !
Philip

I have never seen photos showing soldiers wearing this type of Hungarians Camouflage
Someone there some pictures?
Gilles
CollectinSteve

hehe... I recognize that shirt, even though the last time I had it in my hands was June 2006

Thanks for the pictures Gilles! That's a difficult to get variation.

When the little camo booklet was published (in 2000), I couldn't find any "leaf pattern" coveralls (or the 2 piece WM-suit) for photographing, therefore you can't find them there. Sadly recently there is no chance to publish a revised, enlarged edition, no money for such a project. However in our new book (Hungarian Army uniforms 1957-1990) you can find the camo uniforms of the era. For more info check www.huniform.com.
CollectinSteve

Here is a side by side view of two 51M Green Branch coveralls. The darker one on the left is 1954 dated and near brand new, the one on the right is 1953 dated and medium used. I'm pretty sure the base colors are not the same, even when accounting for wash/wear. 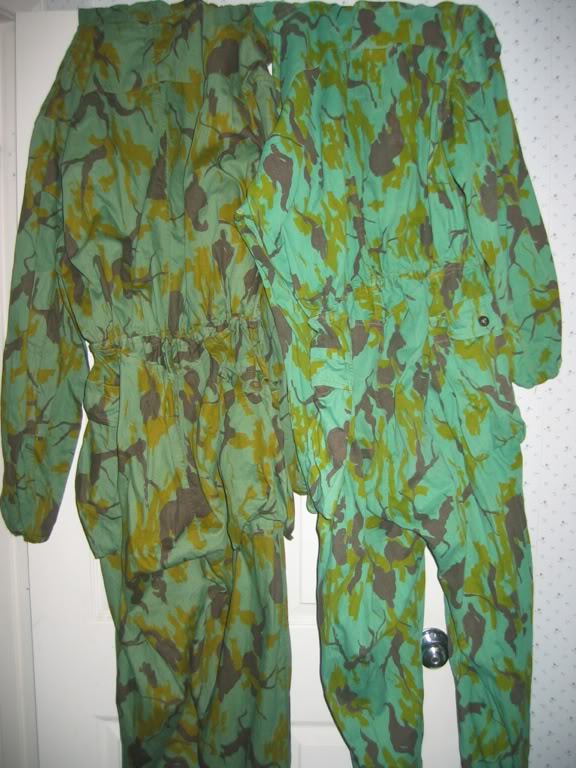 Let's not forget the autumn variation...

here's my sample, a bit used and colors are pretty faded.

I've got a near unissued one and the colors are nearly the same, just a bit stronger.

There is also a solid white version. The green, brown, and white are all 1951M. In addition there are later types, including two leaf variants, blurred leaf type (which Gilles has shown in this thread), and 87M type swirl camo.

1979 unissued leaf on the left vs. older, undated type on right in used condition. 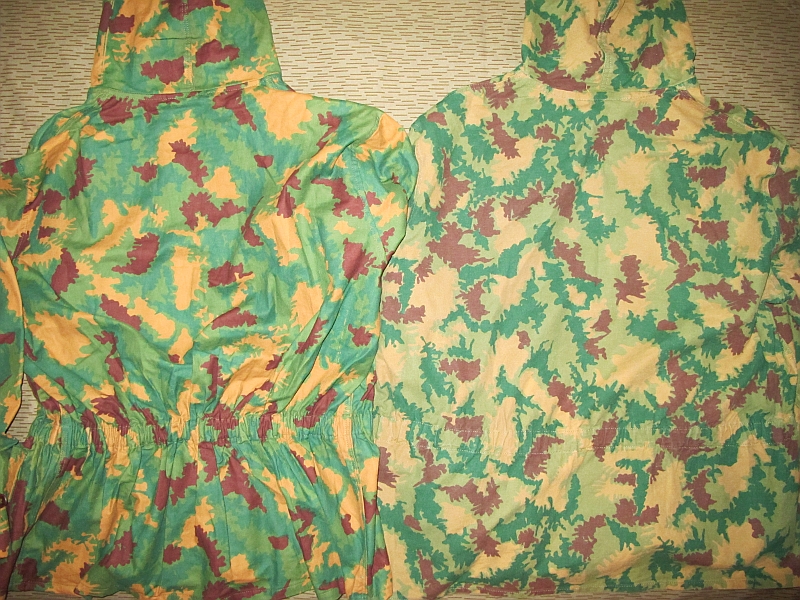 It would appear that the later type was printed on a much darker base of green.
joni firpo

Nice stuff! Especially the older version - quite hard to find today. May I ask for a photo of the stamp of the dated example? Usually these leaf coveralls are not stamped - or at least I've seldom seen dated examples.
koalorka

Yes of course. I was surprised to find stamps as none of the examples I've handled or saw in other collections ever had any markings besides the size label: 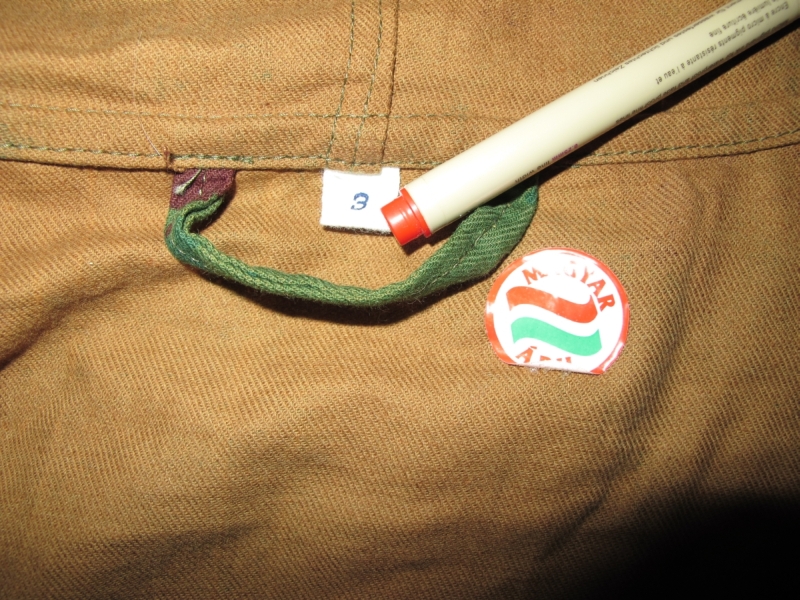 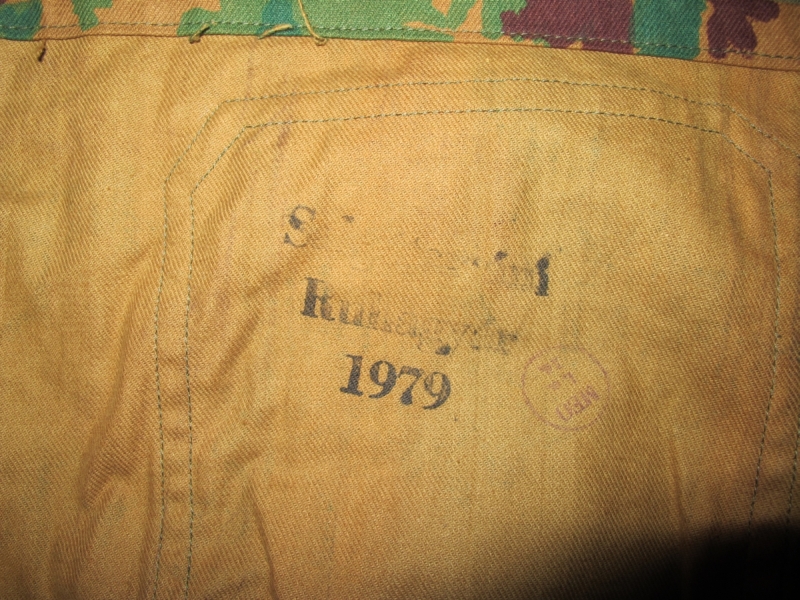 Wow! That's great! Thanks for the photo! The "Magyar Áru" sticker was also present in the suit? Another curiosity!
koalorka

Found a coverall in M49/83 pattern. Where these intended for any specific formations? 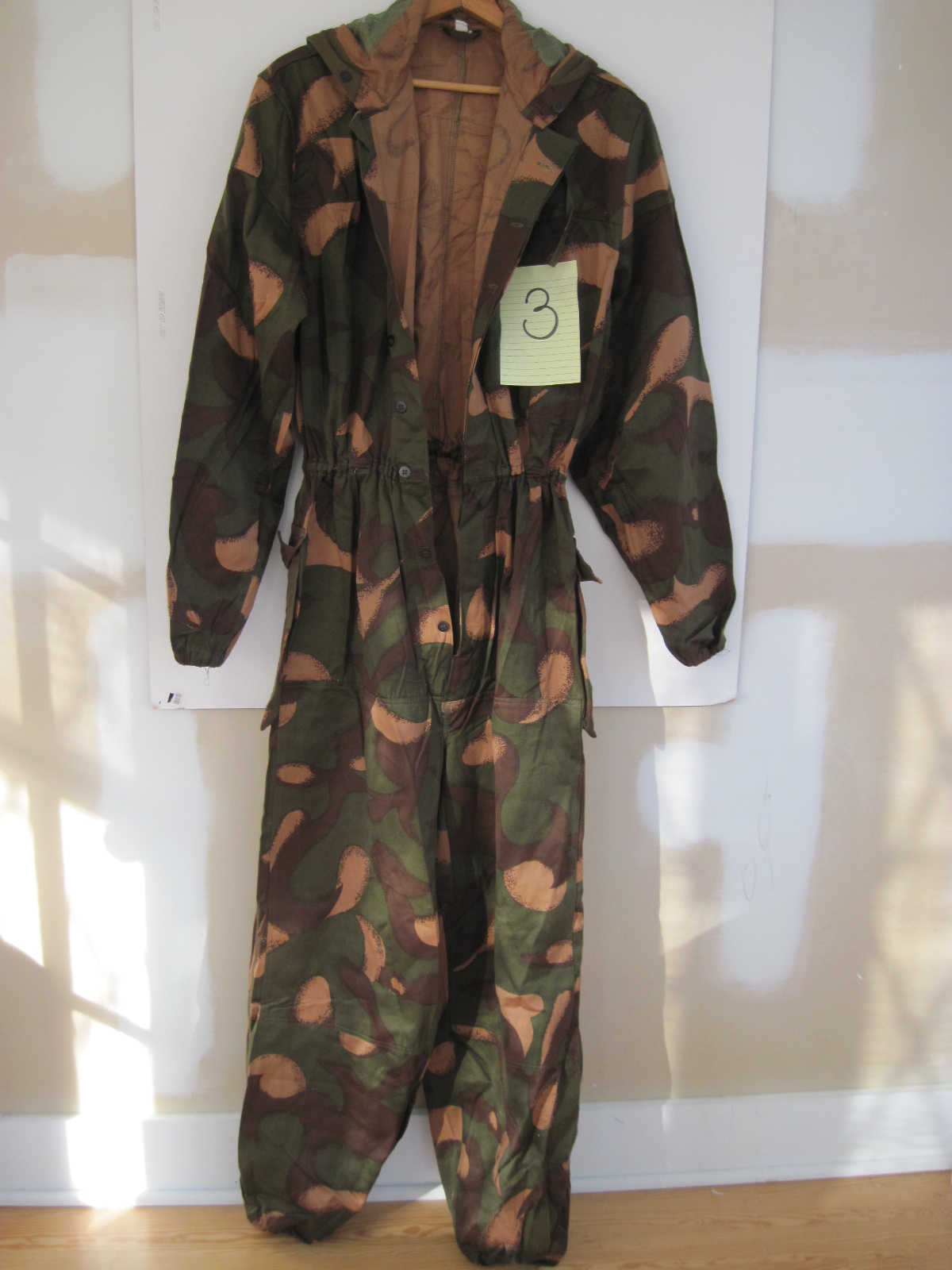 Nice one! Intended uses, as far as I know, are Army scout/sniper or Border Guard. Airborne and Border Guard tended to have 2 piece uniforms, but Hungary sure does like having coveralls too! 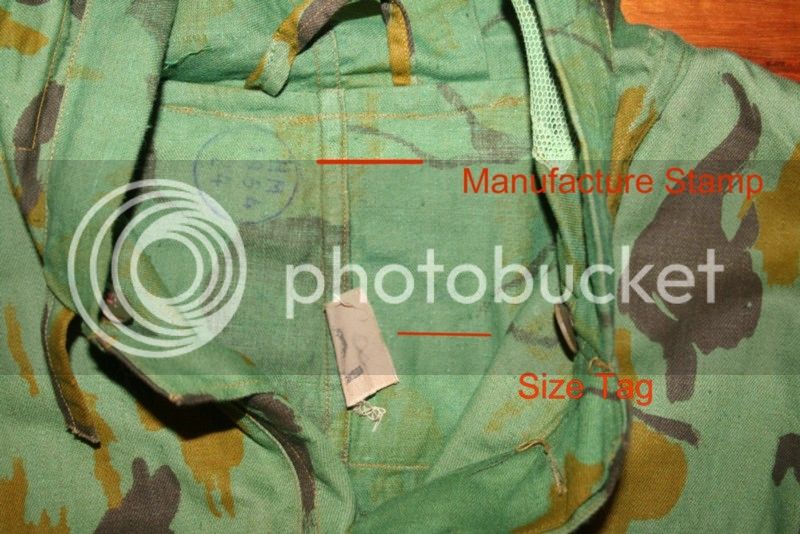 koalorka wrote:Found a coverall in M49/83 pattern. Where these intended for any specific formations?

The camouflage coveralls were used by recon troops and artillery observers mostly. The M82 was introduced to replace the M1951 series, but in fact these were used paralel. As the two-piece M87 camo para uniform arrived in 1987-88, this coverall was seldom used by paratroopers.
CollectinSteve

Thanks for that! I still have pictures you took of bundles and bundles of M1951 coveralls selfishly kept in an Army warehouse. Maybe someday they will get around to selling them!

Did Border Guards ever wear the coveralls?

The last of the M51 coveralls were sold a month ago - the army opened at least (after 20 years...) a "surplus shop" in the capital - and it was said you could buy also recon coveralls there for a short time. The M1951 coveralls were also used by the Border Guard - prior to the introduction of the "leaf" pattern coverall in the 1960's. The M82 however was not used by the BG - as far as I know.
koalorka

I find it curious that the above coverall has German language washing instructions.. 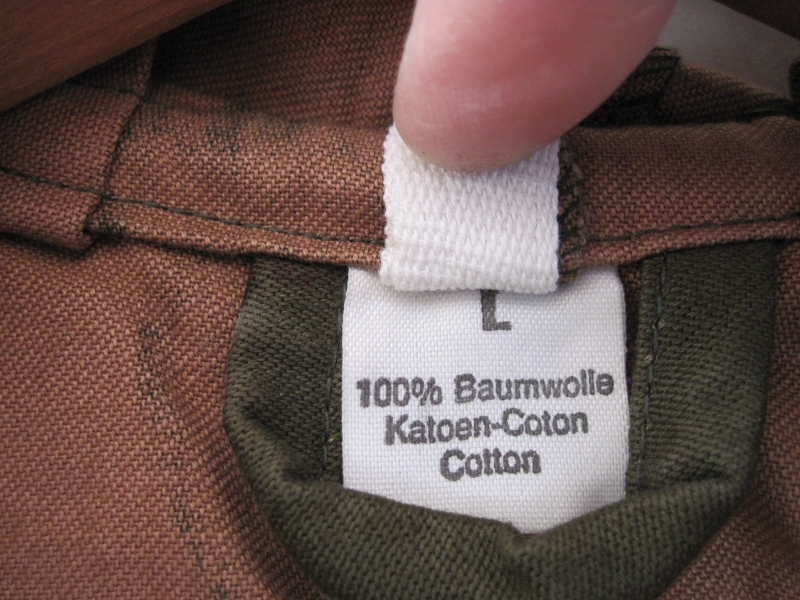 Very interesting! Wheter is it a late-manufactured item (1990's) and the maker had that "international" tag only, or an error (the maker added tags made for other clothings) - I can't decide. Or maybe remained stocks of coveralls were labelled for the civilian market?
Anyway, I've never seen yet commercially-made recon coveralls (while for example M87 para uniforms were surely produced for the civilian market in large stocks, even from cotton-polyester material).
koalorka

My suspicion is they are surplus stock re-sold to the commercial market. But your comment about replica M87s is surprising to me, are they that difficult to obtain in Hungary?

Who makes them?
joni firpo

More smaller makers made M87 uniform-replicas (mostly not as uniform replica, but as working garment, because since the 1970's, army combat suits are popular among peasants and workers as working clothing).

Last time I saw such clothing in an airsoft shops, offered as airsoft-clothing, but they had limited sizes only.
Sponsored content