Hi guys
I will show you some of BiH ( Serbian) patches. 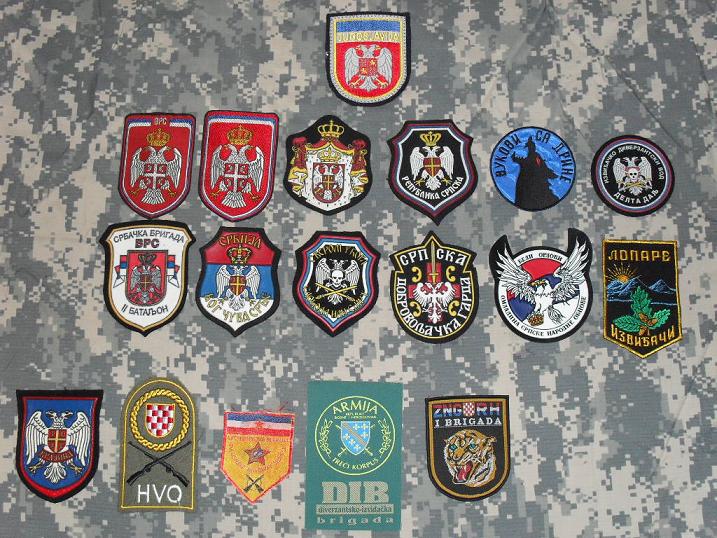 Top row from left to right
VRS (Vojska Republike Srpske = Army of republic of Srpska) generic patch, used for all units, second is Republic of Srpska police patch (tab with word POLICIJA is missing), two different Serb coats of arms, The Drina Wolfs (Vukovi s Drine)special unit „Vukovi s Drine“ was battalion from Zvornik brigade, part of Drina corps. Special Forces unit, Vukovi s Drine, had 542 members, 82 were killed, many were wounded few times and only 16 members of this unit was not wounded! First commandant captain Mile Stanošević, “Kep” was killed in 1992. During the war 4 company commanders, 8 platoon and 11 squad leaders was killed. There was no commander in this unit who was not wounded. Laast insignia in this row is from Serb rebels in Croatia Eastern Slavonija (republic of Srpska Krajina)

See all of them on my website: www.kokosar.com
vicka1971