These are pictures of some of the Honduran Army patches from that I have in my collection. I would be posting more pictures in the future. 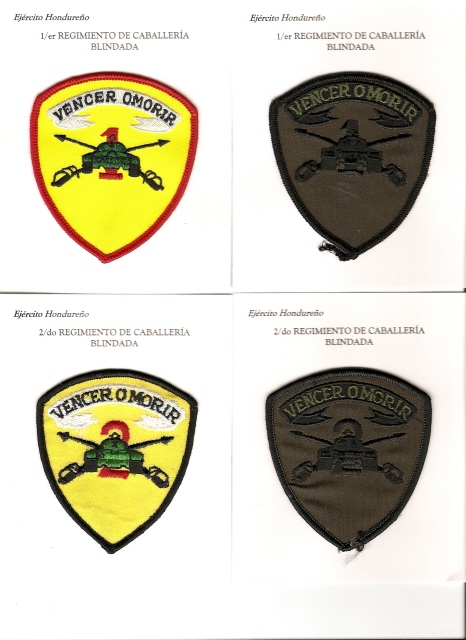 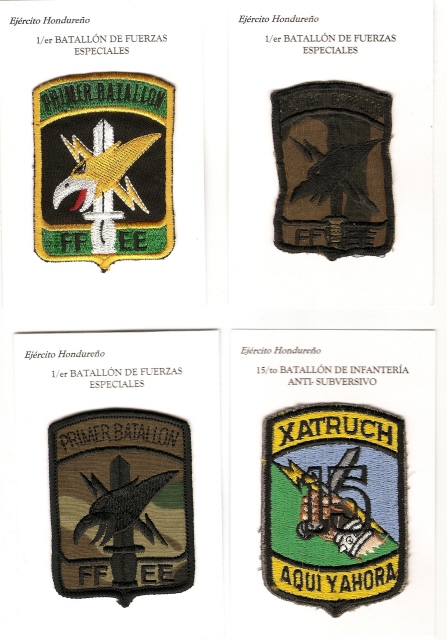 Thanks for posting these patches. I have the 1st Batallon de Fuerzas Especiales patch attached to a Honduran uniform, but was unable to identify what it was until now. Do you know if they were trained by US advisors? Thanks!
_________________
Always looking for Central American militaria 1965 to 1991. Especially items relating to Coronel Velasquez El Salvador Armed Forces
vicka1971

Thank you Lopez311 for pics

The SF Battalion was created on 11 April 1980 under the name of “Escuadrón de Operaciones Urbanas” (Urban Operations Squadron) trained by American advisors.
It is part of the Comando de Operaciones Especiales since Abril de 2004.
Lopez311

Three diferent variations of the Honduras Naval Forces right shoulder patch.
- 1976 Honduran made
- 1976 US made
- 2000s Honduran Made 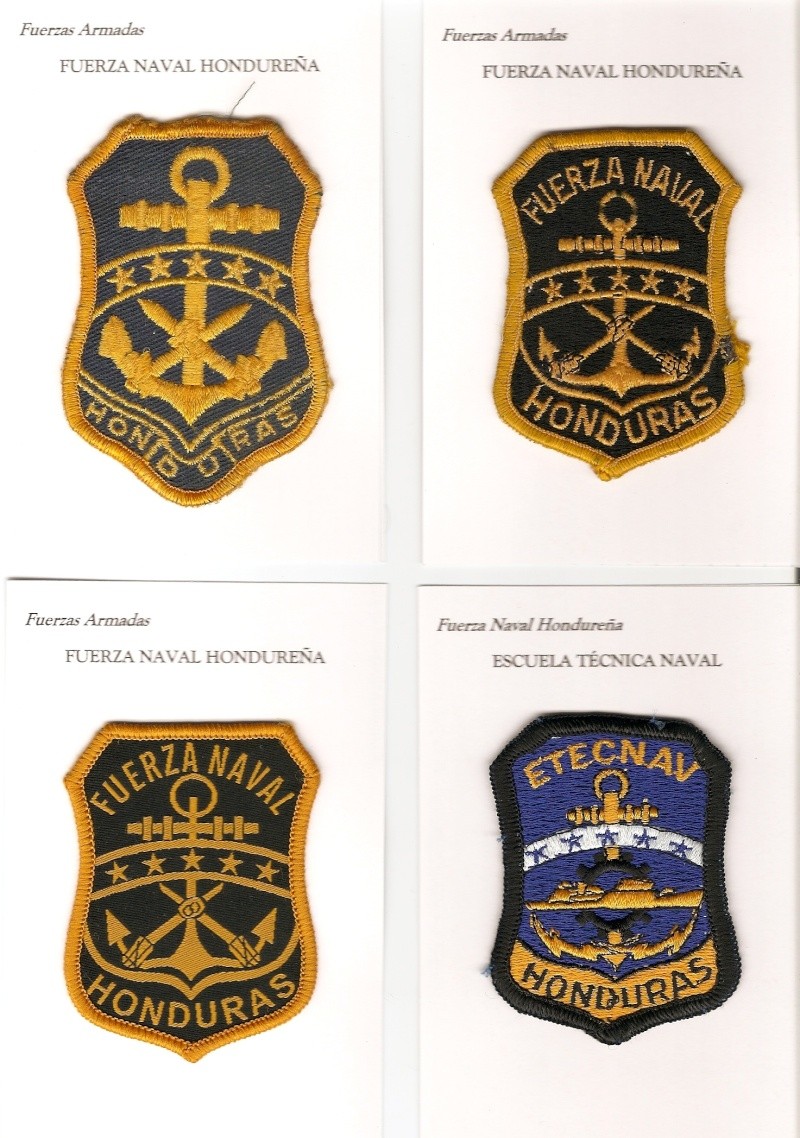 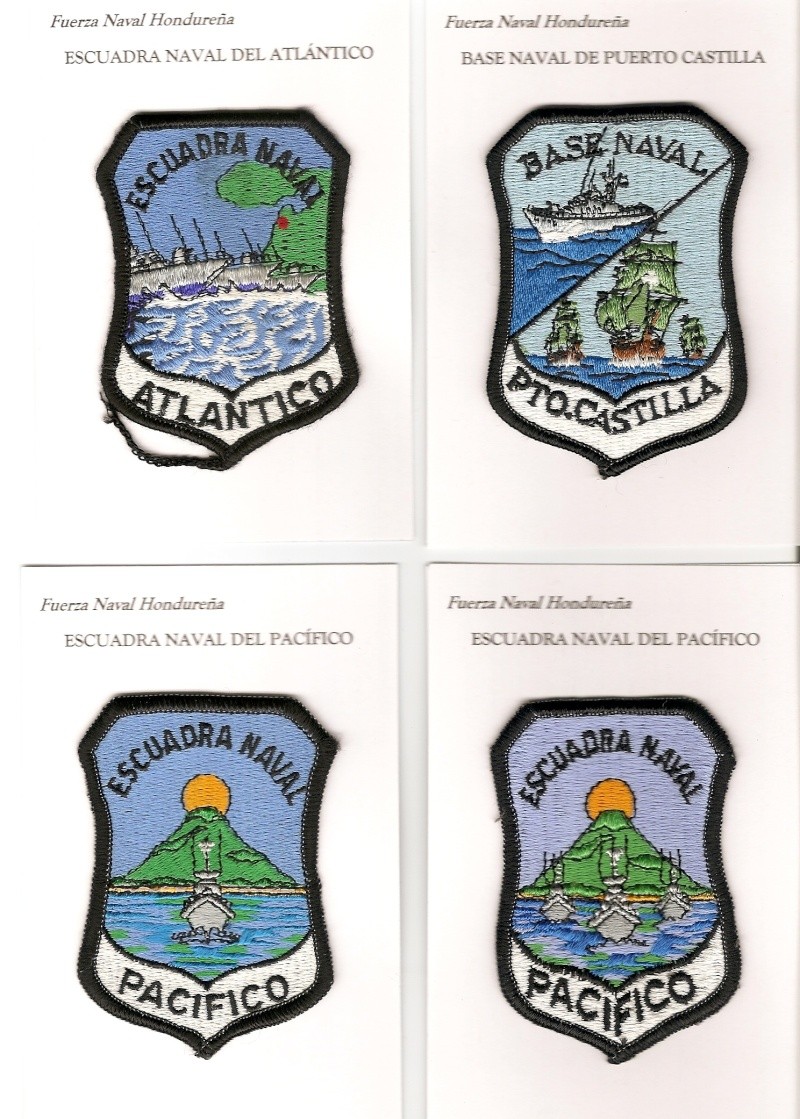