In total 6200 Colombians served in Korea.

The Following is from Time Magazine Monday May 28th 1951.
"COLOMBIA First to Korea

For the first time in 127 years, Colombian troops marched off last week to fight on foreign soil.* At a field Mass under the colonnade of the national Capitol in Bogotá, President Laureano Gomez presented battle colors to the Batalión Colombia, a 1,082-man combat team of volunteers for the war in Korea. Colombia is the 15th nation to send ground troops to Korea, the first Latin American country to join in the fighting.

Commanded by Lieut. Colonel Jaime Polania Puyo, a veteran of 22 years in the Colombian army, the battalion has been training for four months in mountain country around Bogotá to get ready for Korea's rugged terrain. The troops are equipped with U.S. Army uniforms and materiel (paid for with Colombian cash), and have been checked out on North American infantry weapons by twelve Spanish-speaking U.S. Army noncoms.

This week the volunteers were packing up for embarcation at Buenaventura. Their next important stop: Japan, where they will get final training before joining the United Nations line in Korea.


* The last foreign engagement: Dec. 9, 1824, when a Colombian contingent helped defeat the Spanish army at Ayacucho, Peru, and crack the power of Spain in the New World."

The uniform of a Colombian Army Captain on display at the Korean National War Memorial.
Note the 3 stars of Captain painted on the M-1 Helmet and the Colombian shoulder title. 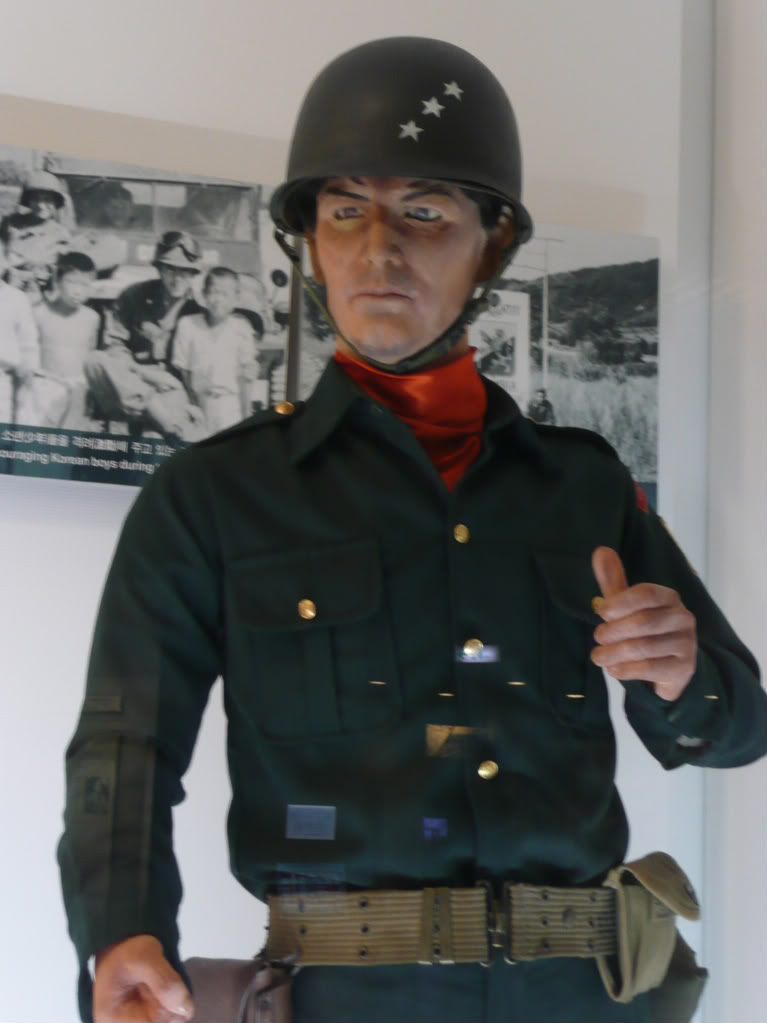 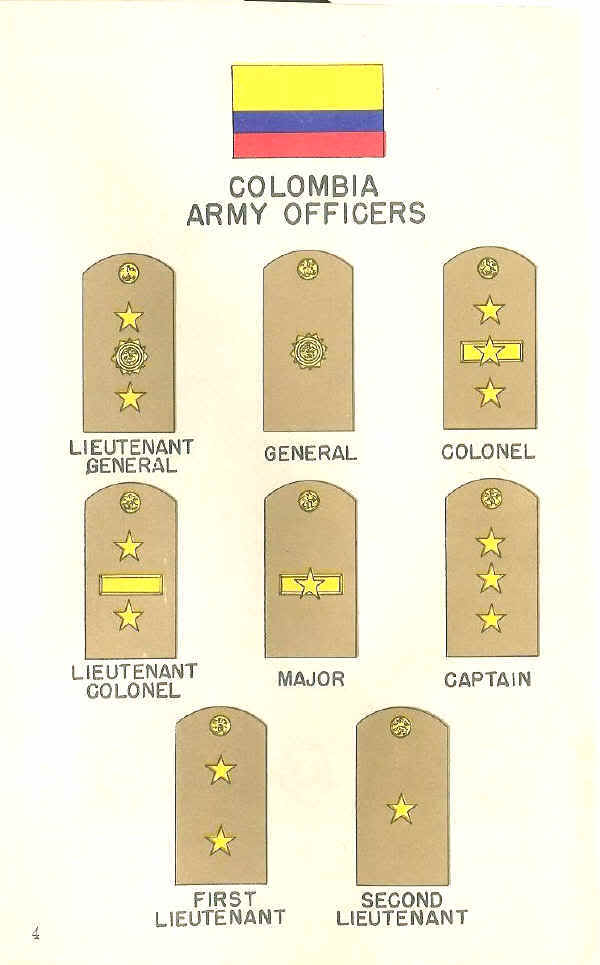 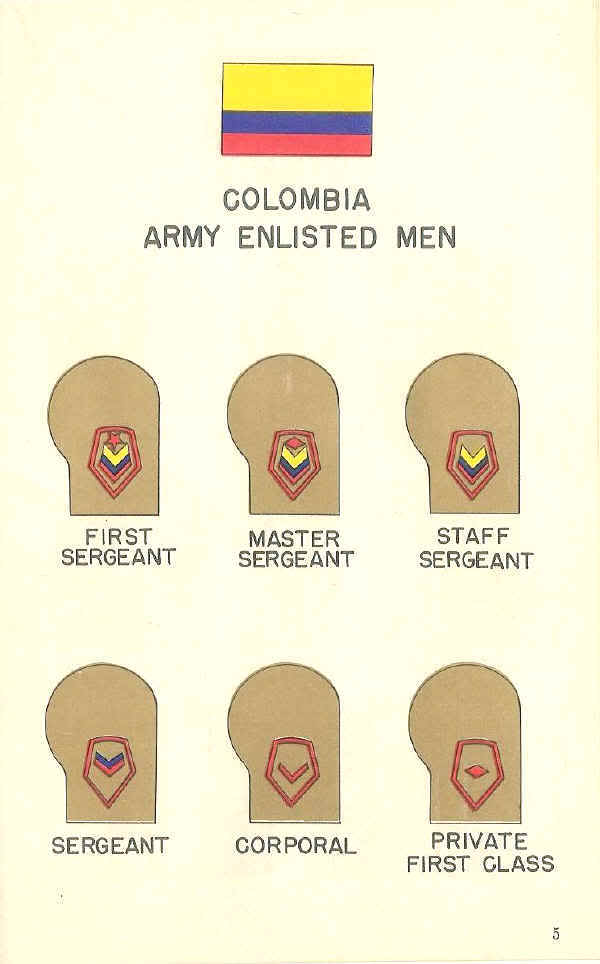 Positions on the main line of resistance occupied by the Colombian Battalion, attached to the 24th Division, near Chup'a-ri overlooking the Kumsong Valley. 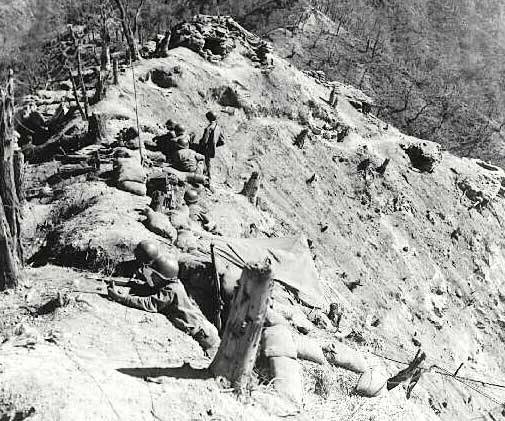 MR X,
Very good information about the Colombian service in Korea and information on the ranks. Thanks for sharing.
John
Lopez311

Wikipedia has a very good article about the performance of the Colombian Battalion during the battle of Old Baldy (March 23 to 26, 1953) 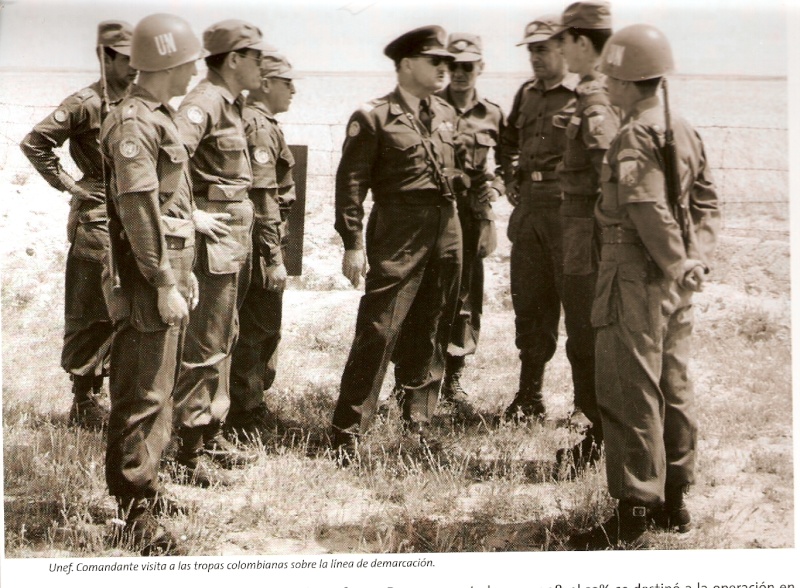