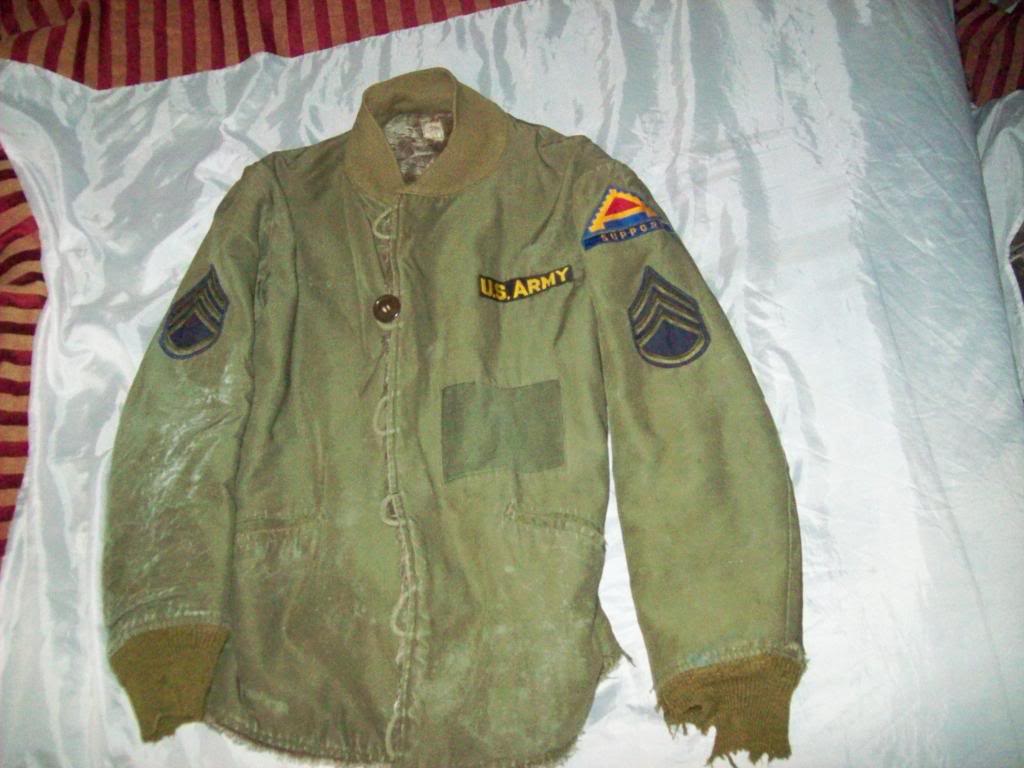 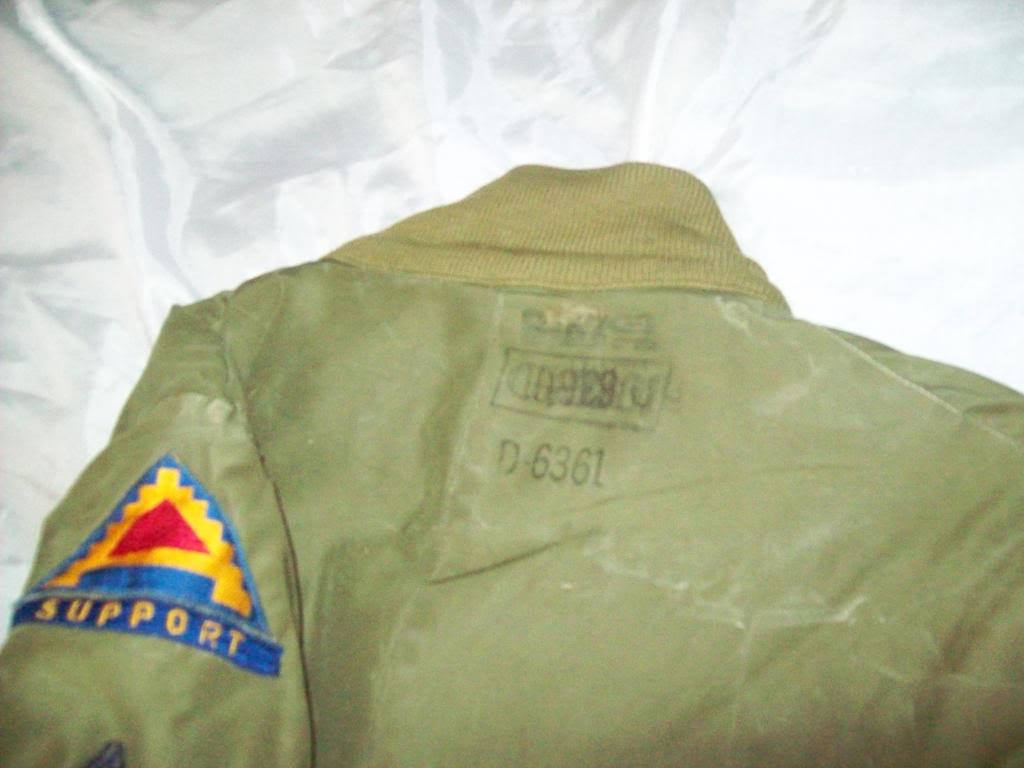 Very nice! I've never, ever seen a support tab for the 7th Army. Is it theatre made?
Andrew
Guest

That is an M-43 field jacket liner with the early to late 50's green on blue twill stripes for the rank of sargeant. The 7th Army was stationed in Germany at the time, so it is very possible for the patch and tab to be theatre made. Many of the 7th Army patches and uniforms I've had over the years from the late 40's to early 60's had German made patches. The black and gold US Army tape has been in use since around 54 or 55. Nice piece.

Thanks for the info man
1stDivVet