I currently have three distinctly different PNP digital camouflage patterns. As far as I know, all three are legitimate issued items. The only commercial variation I know of is in a sort of ACU cut, which none of these three are.

First are two similar patterns. But if you look closely, you will see that although their colors are nearly identical, the patterns are definitely not. The one on the right has a "dapple" effect that almost makes it look like Waffen SS Oakleaf in a few places. The cuts of both uniforms are identical. The third pattern uses different colors, different pattern (larger blocks), and a slightly different cut of uniform. In particular, look at the rounded collar vs. the other two's square collar.

Any info on these would be appreciated. 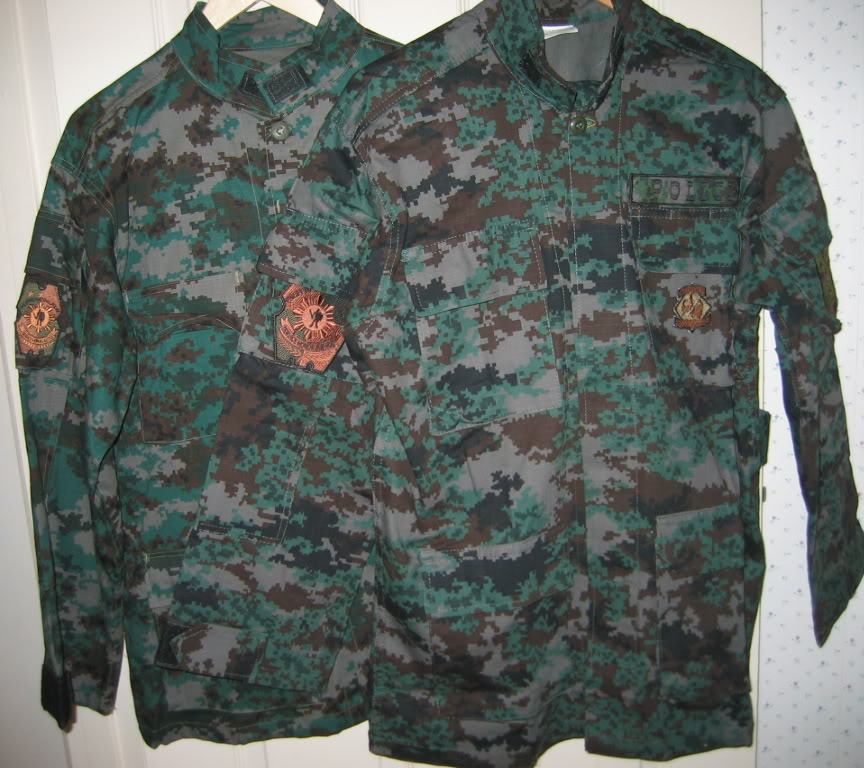 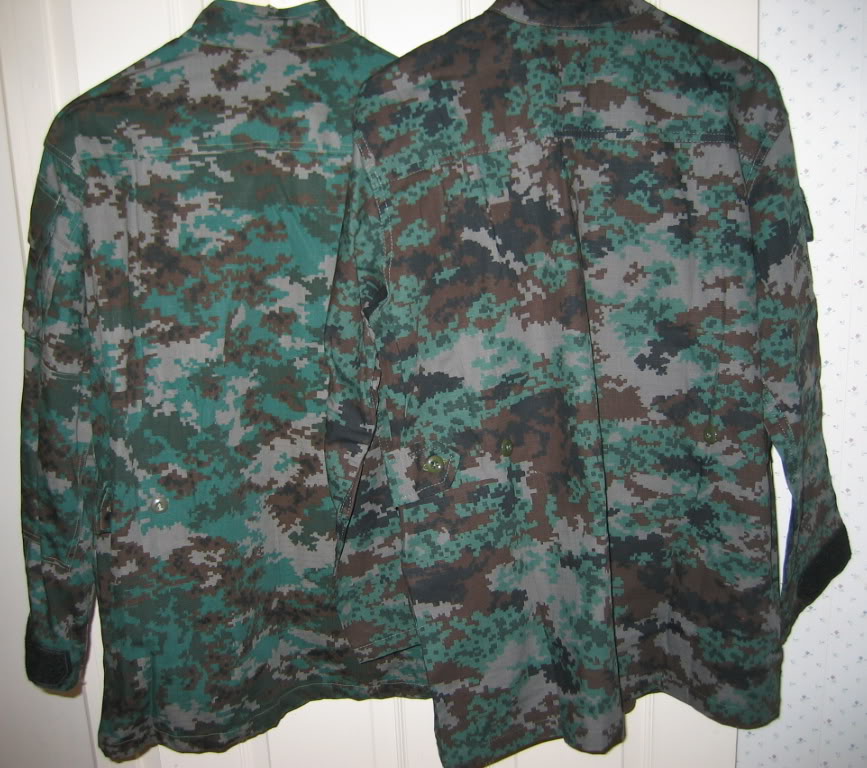 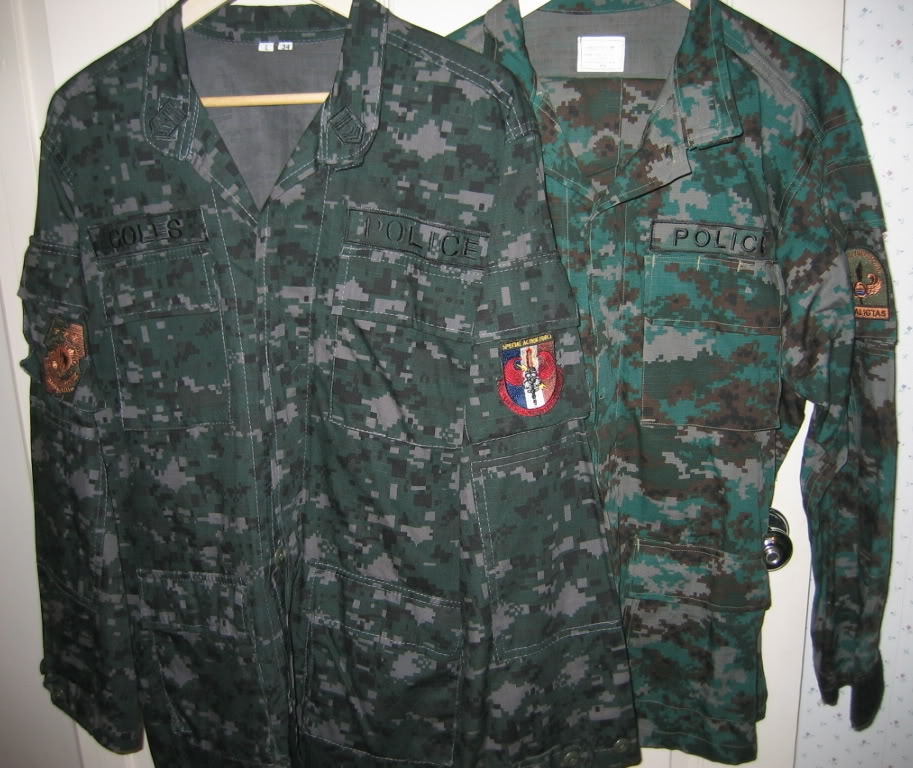 Nice sets, wonderful how you manage to get not only one, but 3 different PNP sets... they are quite hard to find, i guess philip really cam thru with his stuff!

Philip provided me with one several years ago and then another very recently. So yes, he is good

The dark one I purchased on eBay and know nothing about it.

The dark one I haven't seen being used by the PNP-SAF recently, there are disapproved camo uniforms that are being sold by the tailors near the Police Camps here in Metro Manila. Mostly bought by airsoft players. Just my 2 cents.
CollectinSteve

Thanks! The only reason why I thought this *might* be some sort of official issue is the rank and name tape are present. From my Philippines sources I gather that the government isn't too happy about these two items being sold to just anybody. 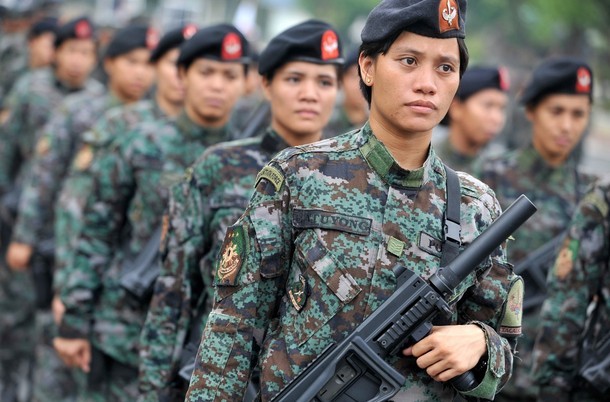 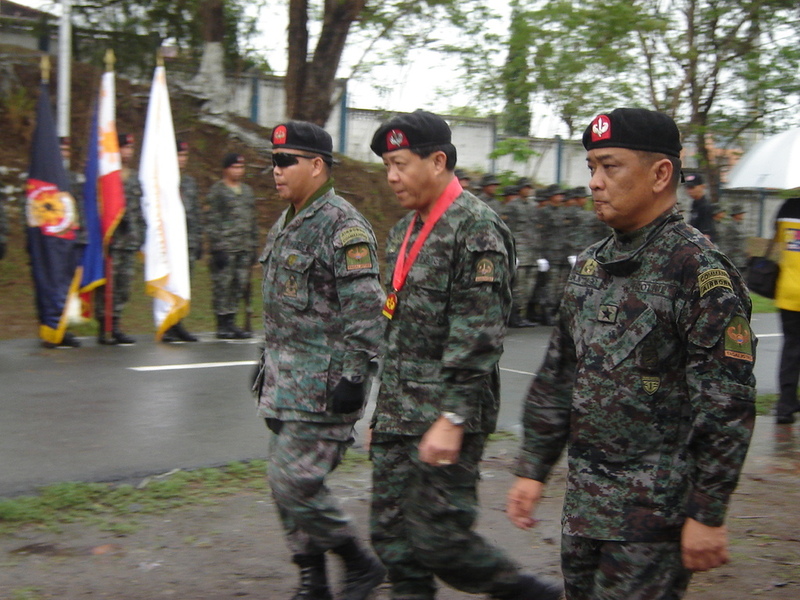 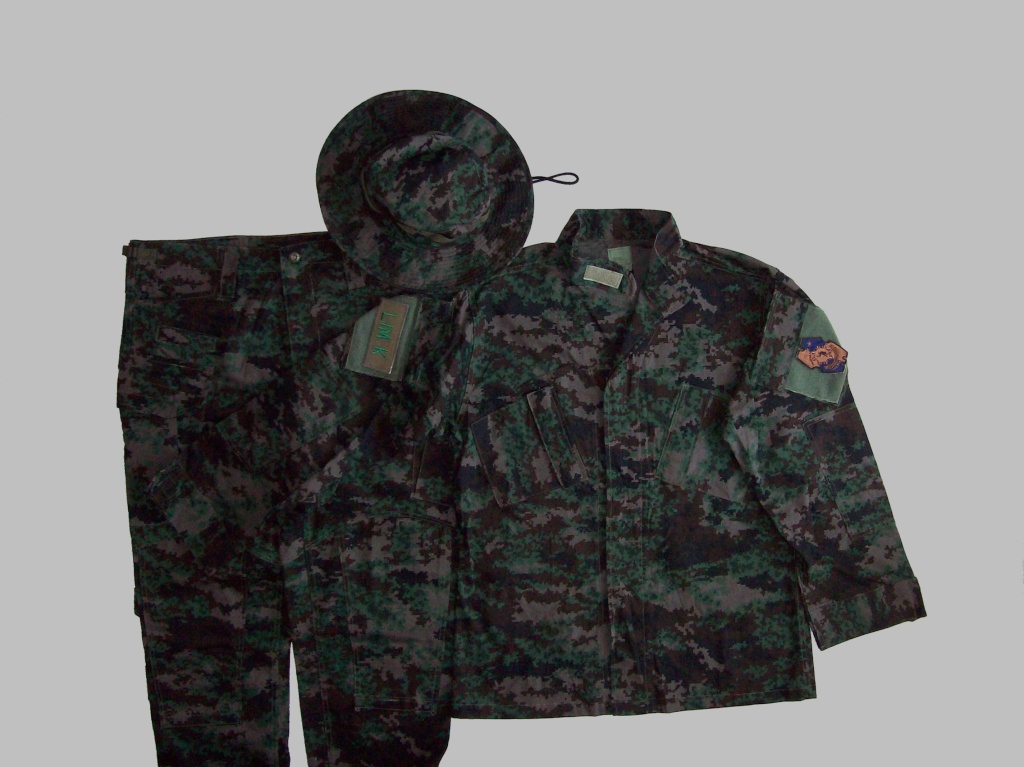 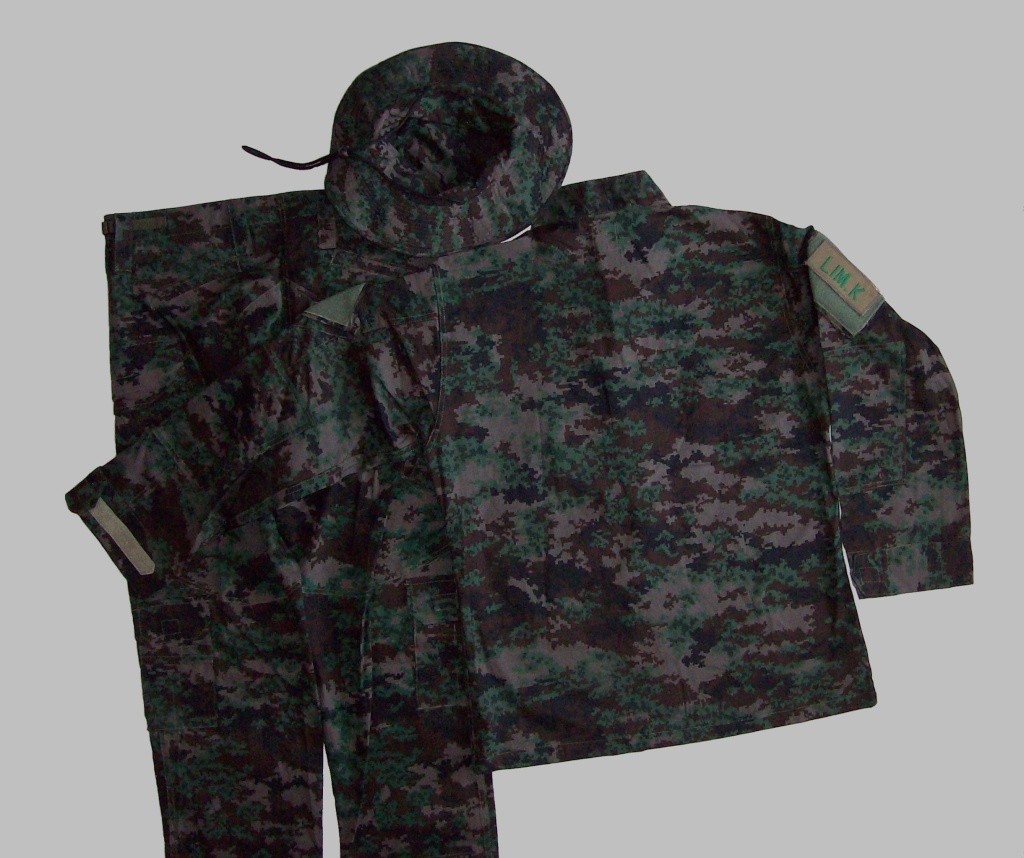 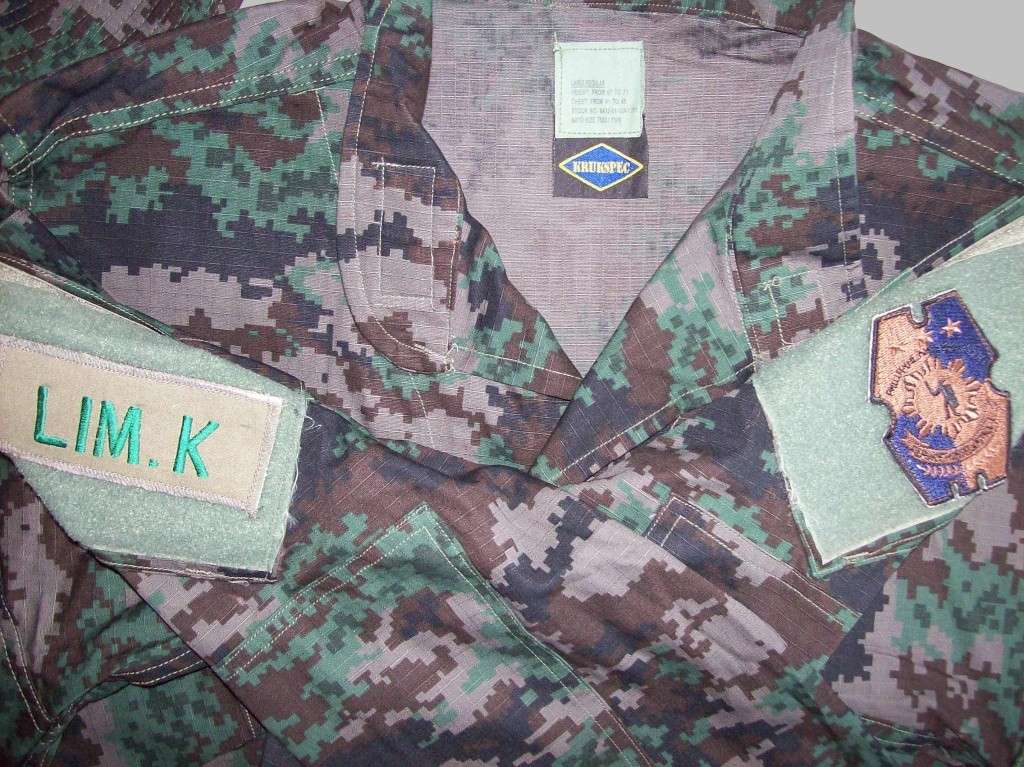 Cool pics! Looking at the first picture Gilles posted you can see two distinct styles. The first is like mine, with lower pockets and straight up/down buttoned arm pockets. The guy on the right is wearing the same one Gilles has, which is basically US ACU style.

So I guess I need some more variants for my collection

Krukspec started as local airsoft gear manufacturer. Eventually, made a name by itself significantly after they got the opportunity to outfit the movie "Street Fighters" production shoot in Thailand.
vonstuck 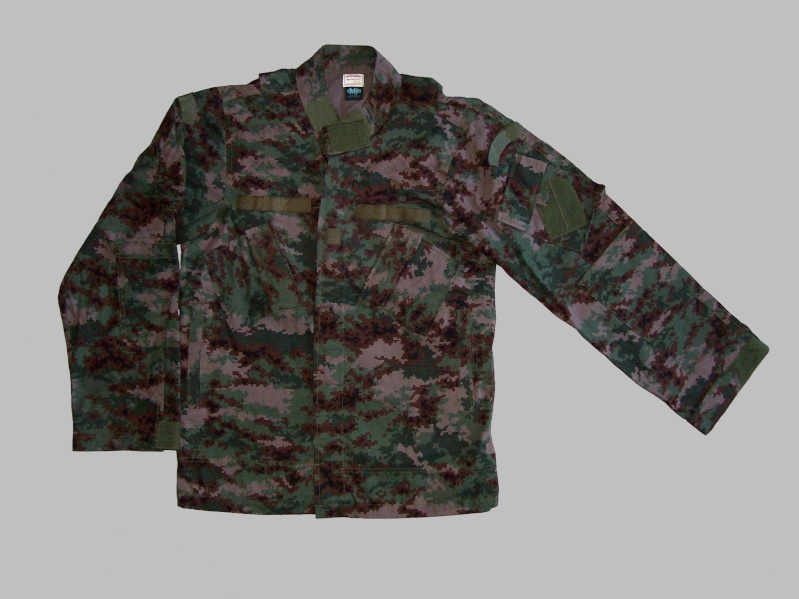 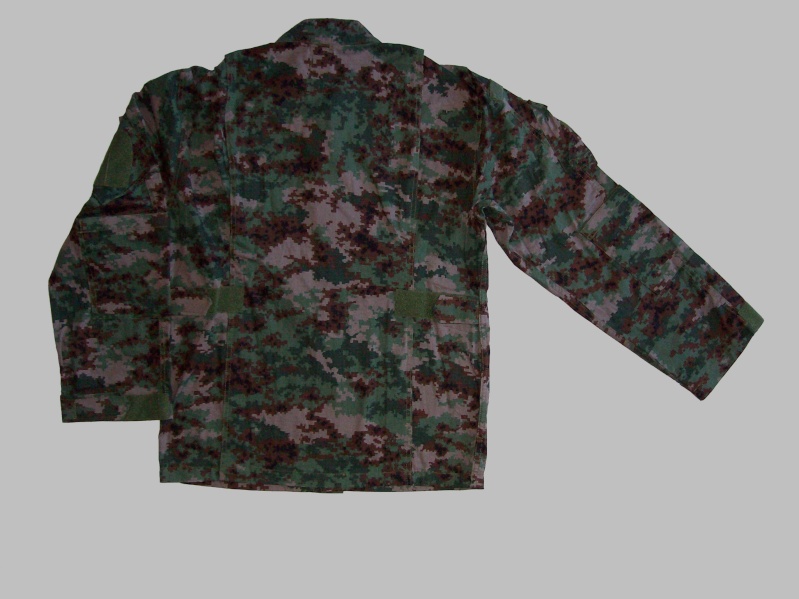 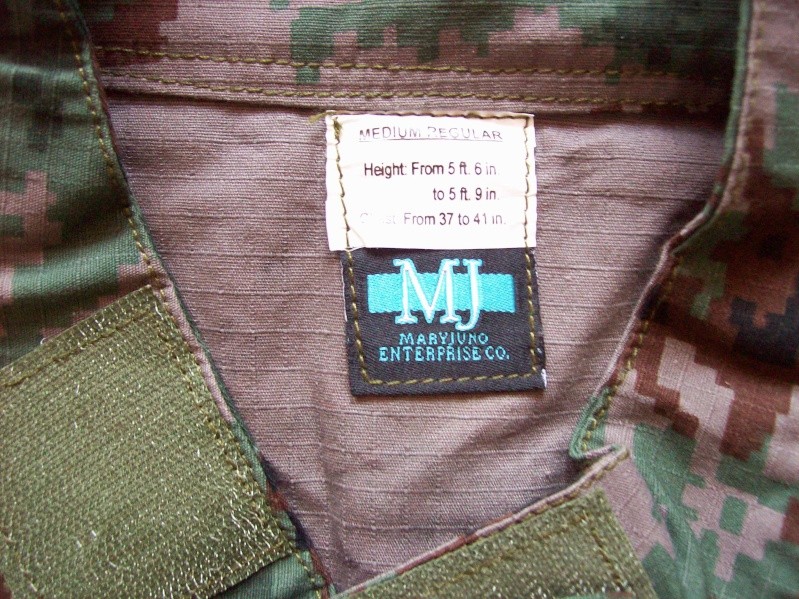 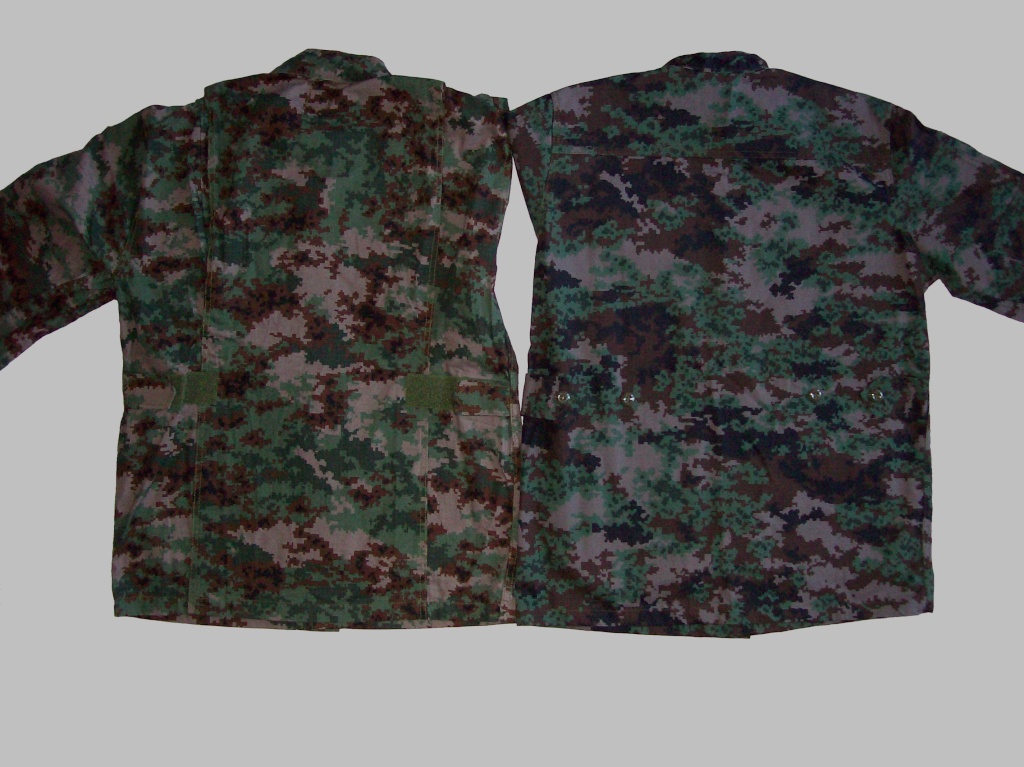 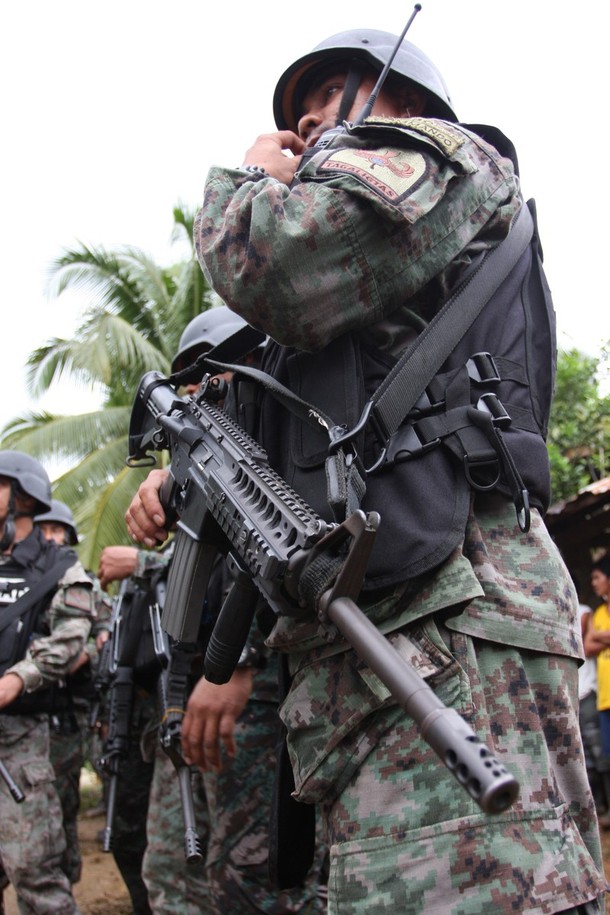