BGS: I have 2 variant of the pattern

BGS: I have 2 variant of the pattern 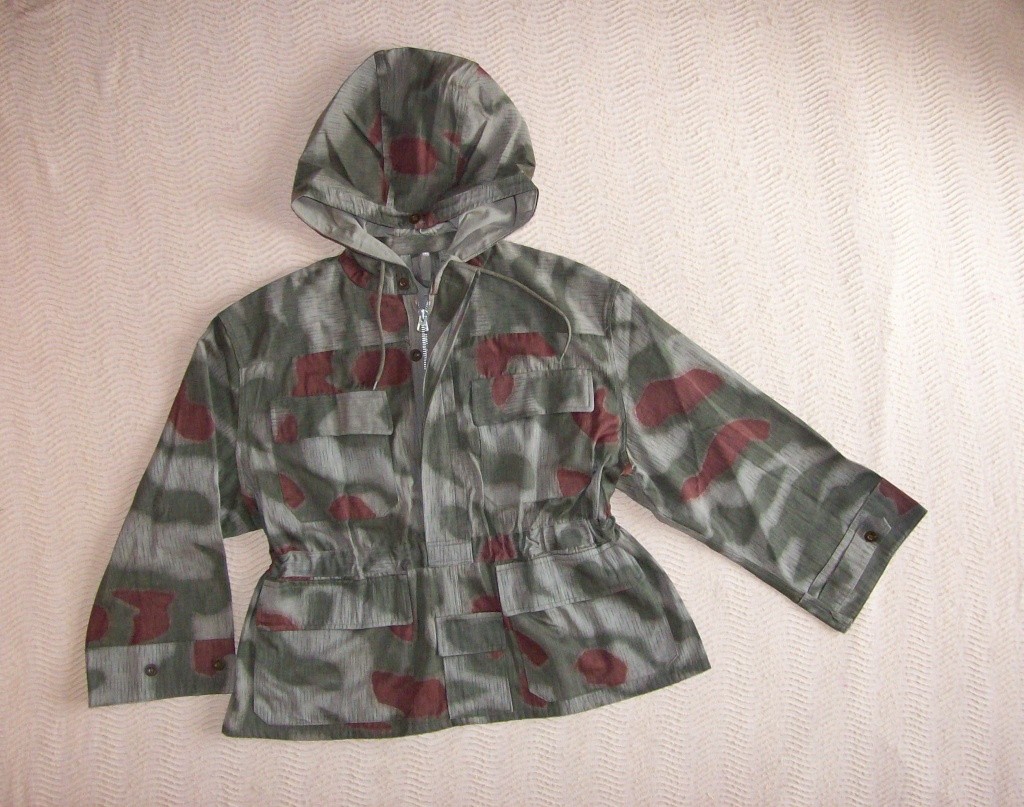 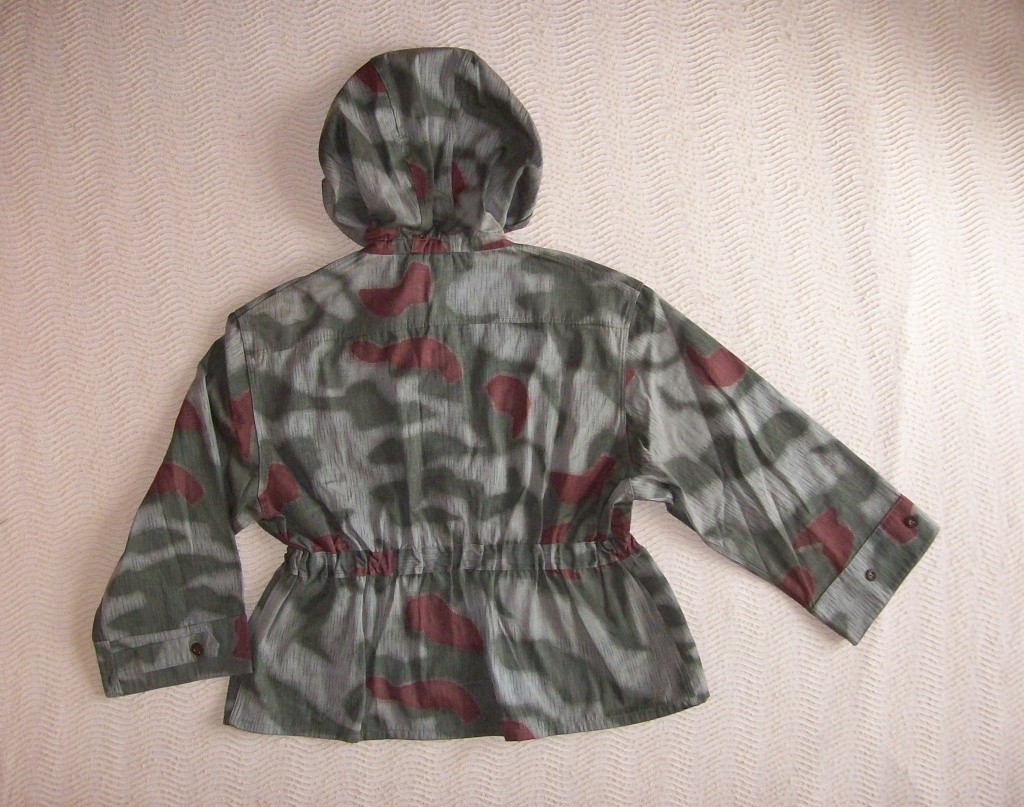 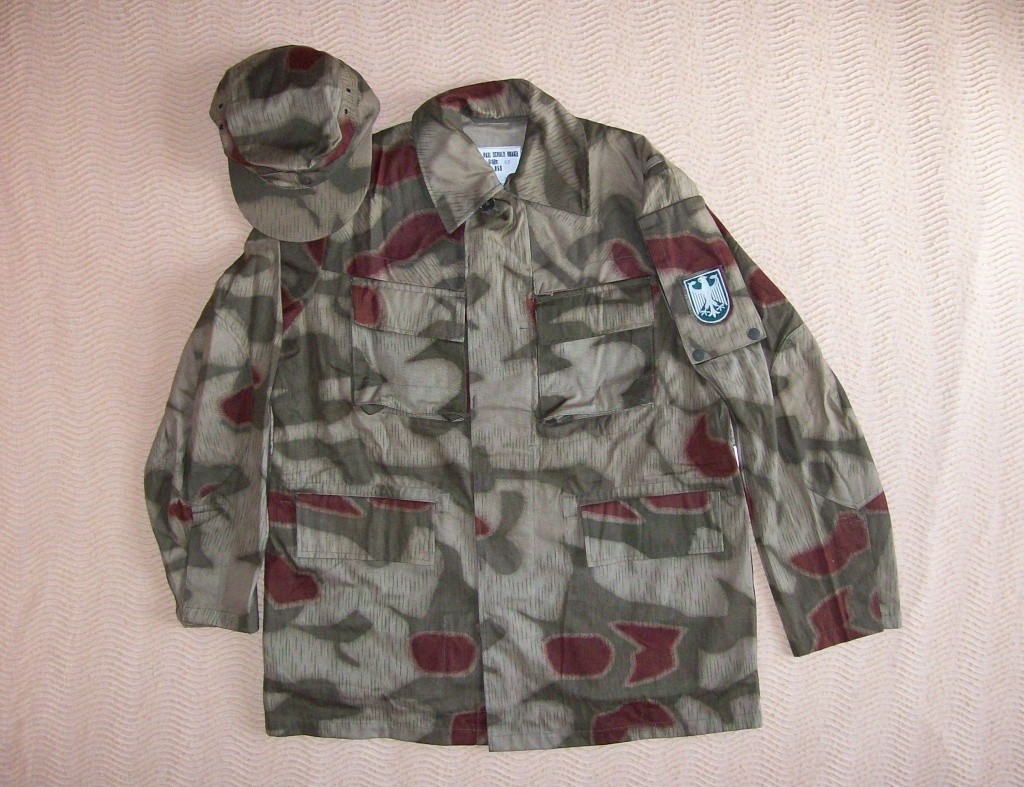 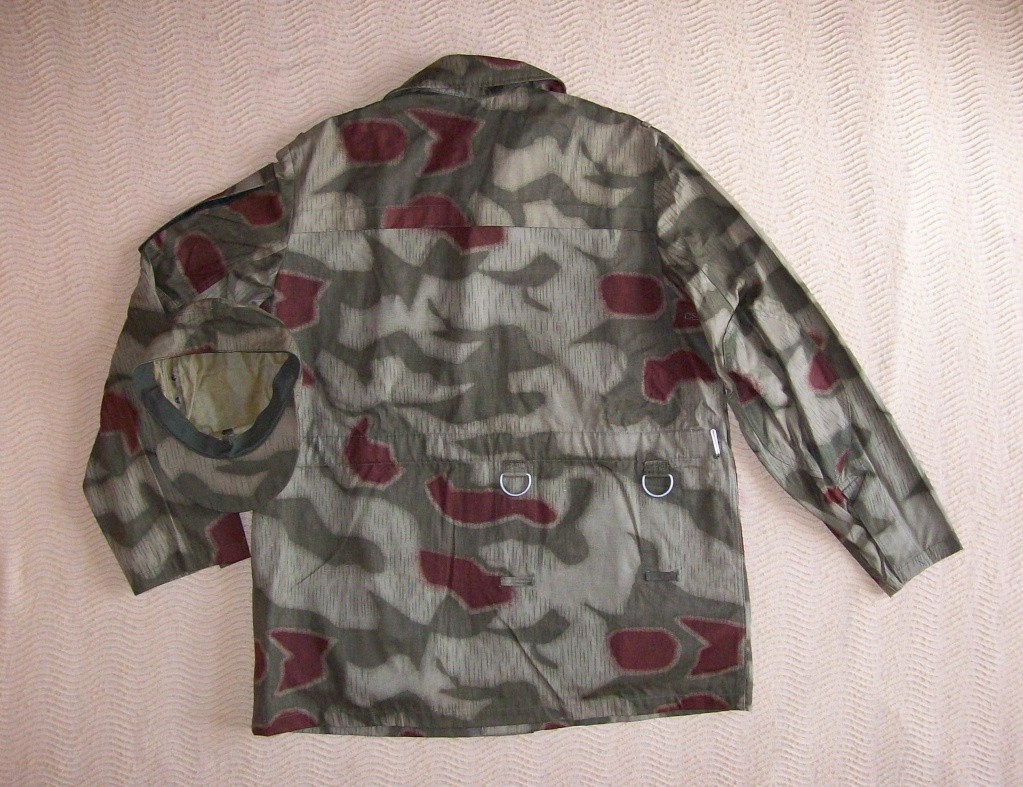 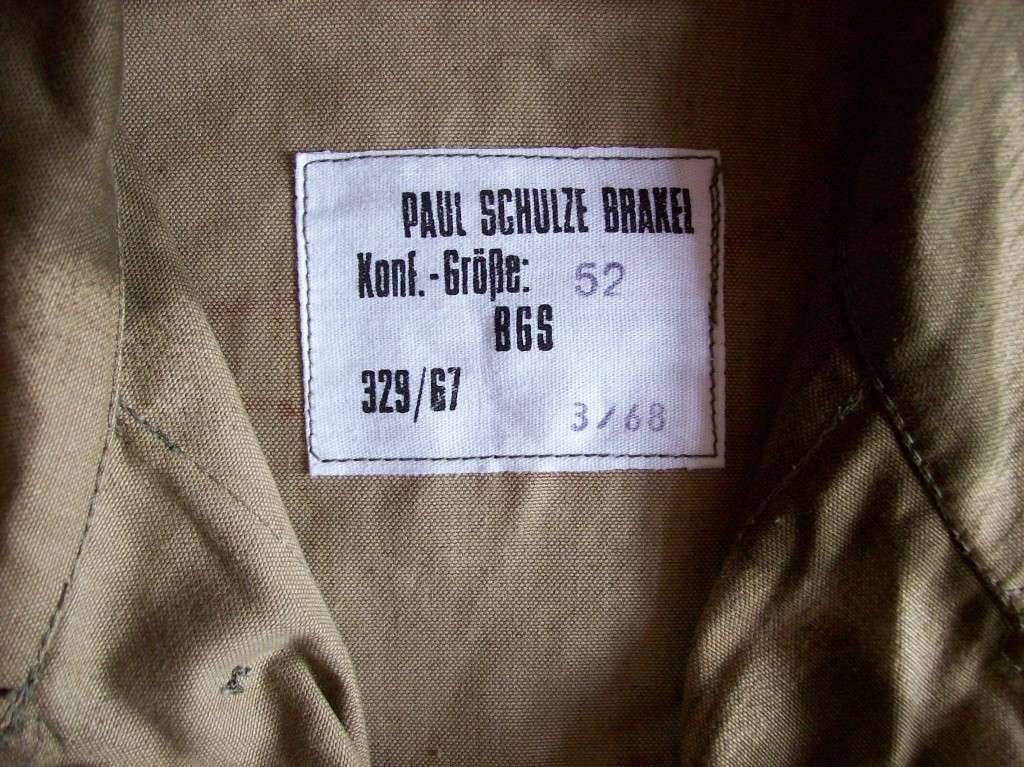 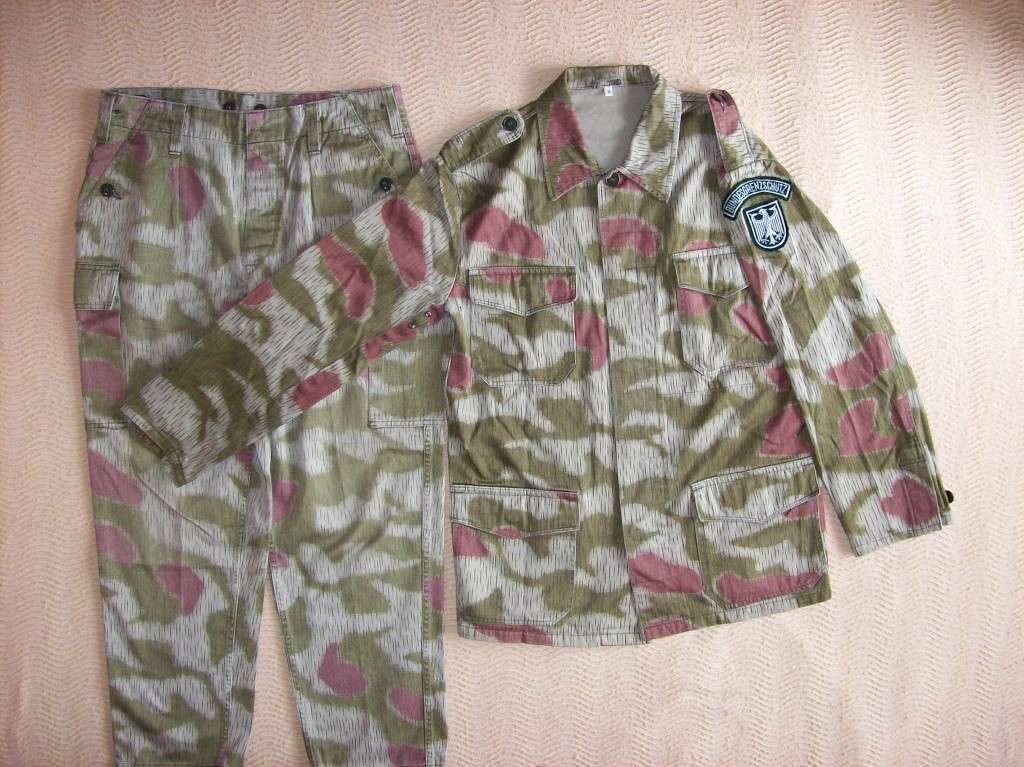 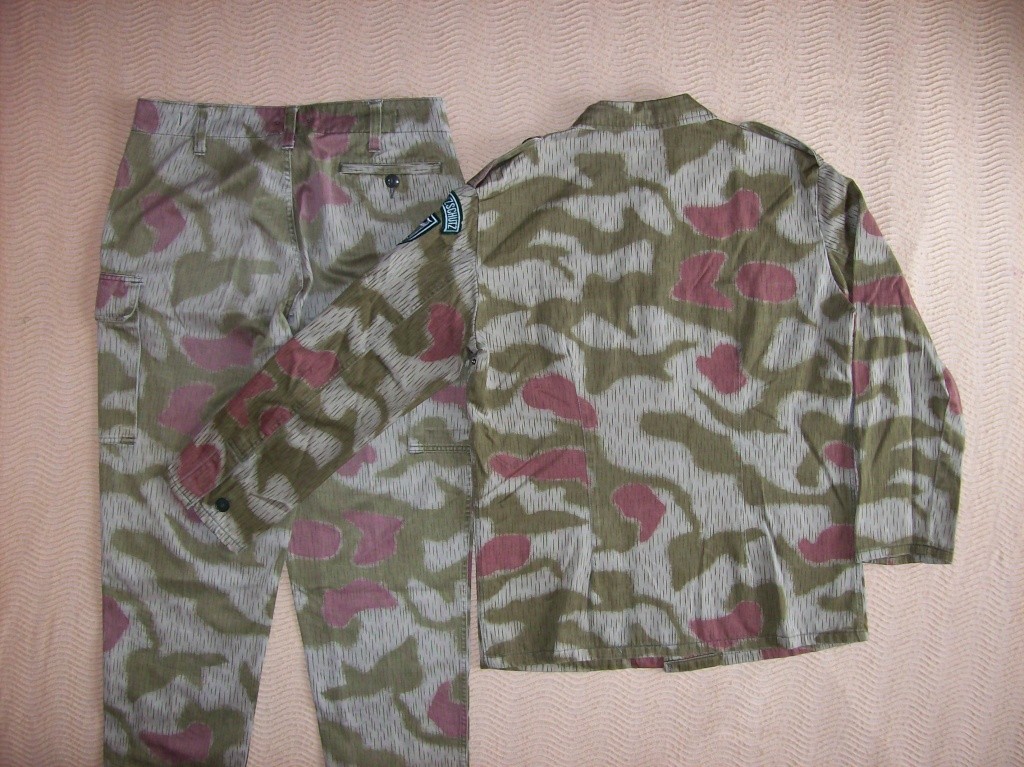 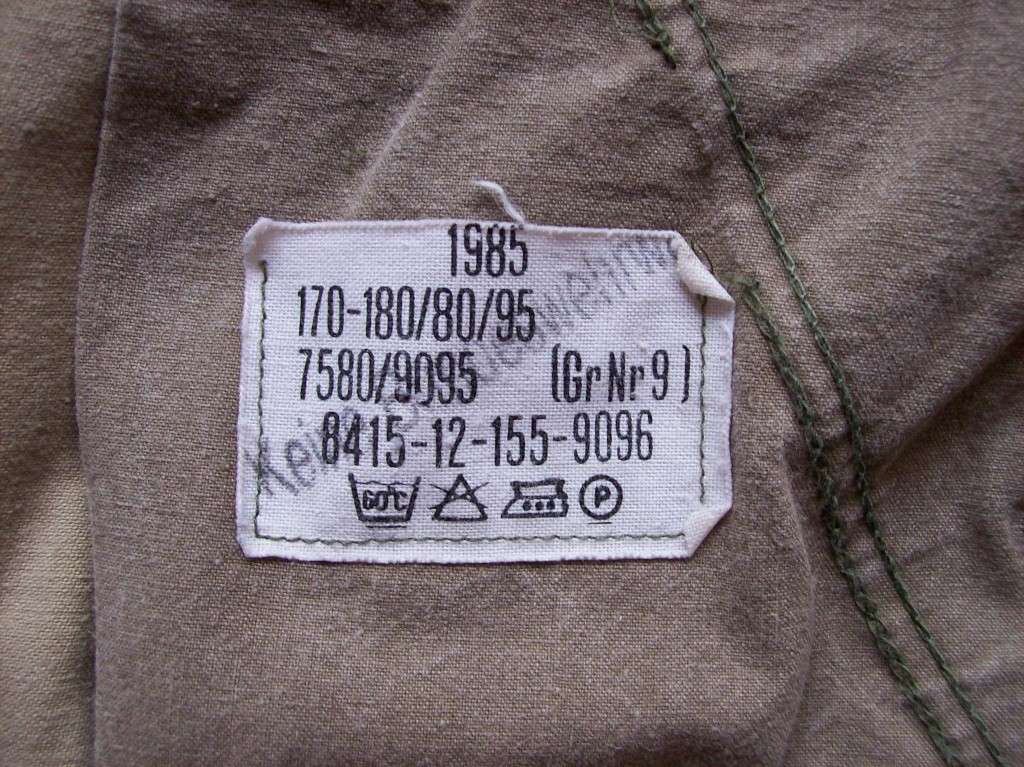 Only the pant had a label
What are thinking about this set?
Gilles 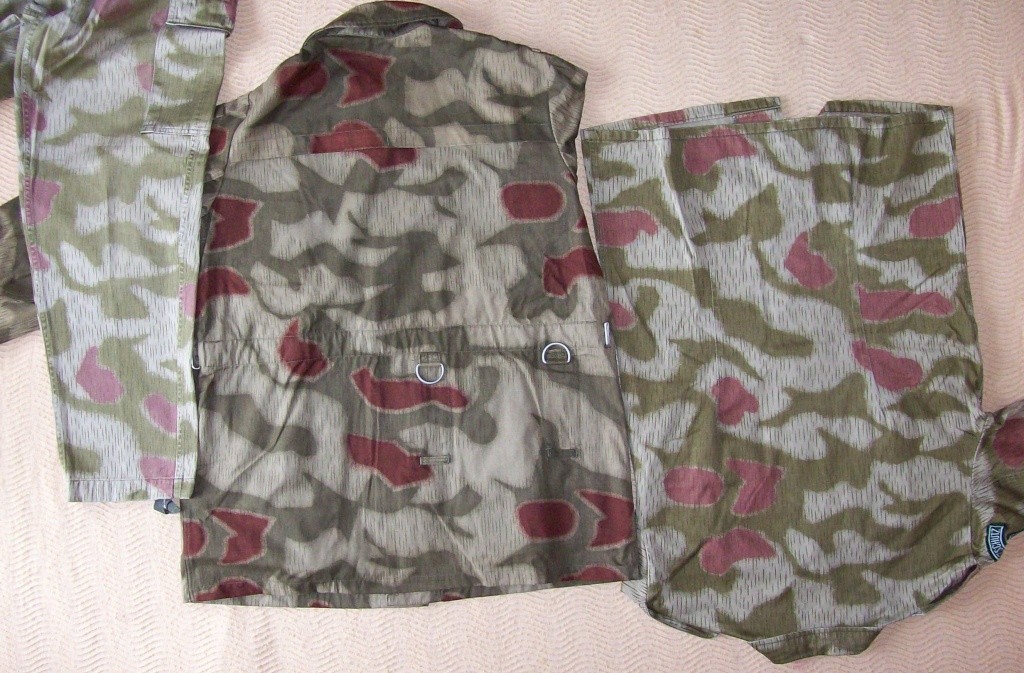 The smock is an experimental 1957 type. Fantastic condition!! These were made in fairly large numbers along with a 2 pocket version (I have only seen the one I own) and a 4 pocket jacket. The 4 pocket jacket was chosen for production, but with major modifications. This production lasted from 1958 through 1963. This is what I call the 2nd Model jacket. It had a button on hood and had no arm pocket. Some had rank on the shoulders, the earlier version had nothing on the shoulders.

The second jacket in your picture is what I call the 3rd Model. It was produced from 1967 through 1975. Between 1963 and 1967 no Sumpftarn items were made. The parka was produced starting in 1967. Sumpftarn trousers production ceased in 1960 (at least I have never seen one dated later). Standard field trousers for 1963-1975 were blue gray and in nearly the same pattern as the 1958-1960 Sumpftarn type.

Your 3rd Model jacket, with the arm pocket, is a very nice 1968 example. Sometime around 1969/1970 the "Bundesgrenzschutz" badge was introduced for new production and was usually added to old items already in use. It is good to see one without the additional badge because usually the badge has been added.

The light colored set you have is commercial. There are a couple of different color variations, but all are commercial. They seem to be made in Germany in 1986 only. The jackets are harder to find than the trousers.

The hat you have is commercial as well. It's a very widely produced item since the 1980s. Currently STURM/MIL-TEC manufactures and distributes these hats. The originals are EXTREMELY hard to find and are made from the same cloth as the uniforms. As far as I know none of the genuine hats were made from the plastic backed cloth.

Hello Steve
Thank you for your explanation!
Gilles
CollectinSteve

Here are some pictures. The first three are the 1957 experimental types:

The colors vary from item to item, especially with use, but here are some general rules:

Here is a picture of Berlin Polizei Sumpftarn. It is easy to distinguish when you know what to look for, but to most there is no difference:

The colors appear more "washed out" and the rain strokes are very light colored compared to either of the BGS patterns. The uniform is based on the BGS 1958-1963 type, but there are some construction differences and the materials used are not the same.