10000000% original Argie issued helmet.As i have previously mentioned most of the so called Argie helmets i see for sale on Ebay are bogus-hopefully by looking at this you can spot some things to look out for in a genuine helmet( i once had 4 including this one,genuine Argie helmets and all followed the same style).

Shell is an ex US WW2 fix bail that has been crudely reworked and reissued by the Argies.Liner is a Nam era Firestone one that like the shell has been relined and re issued by the Argies.Things to look out for is that Argie webbing used for the liner and chinstrap is nothing at all like anything US or for that matter Nato so easily spotted(as is the chinstrap hardware). Also the sweatband is made of green leather as was most if not all of the leather ept used by the Argies.

Cover is also Argentinian and NOT US Woodland or Erdl.Has on the front some form of unit insignia biroed on similar to the Arvn Panther.

Very Nice images.
I found this very rare pic of argentinean marines camouflage used in the time of the Falkland wars... 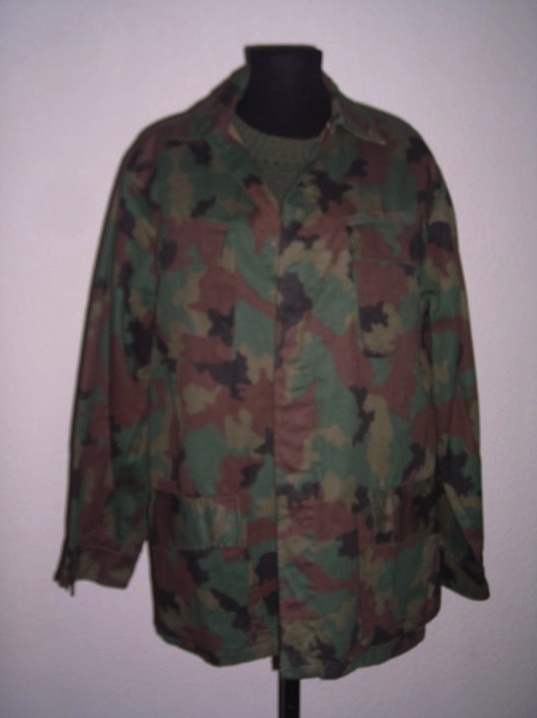