Spanish airborne soldiers have a special uniform for such things as parades. The color is similar to that used by Legion, but it is a unique uniform. Very large velcro backed unit emblems (mirrored) are on each arm. The type on mine is from 1997 to 2008. Before 1997 they used square badges for a time (I don't know how long), after 2008 they appear to have the rank of the soldier on the badge itself. 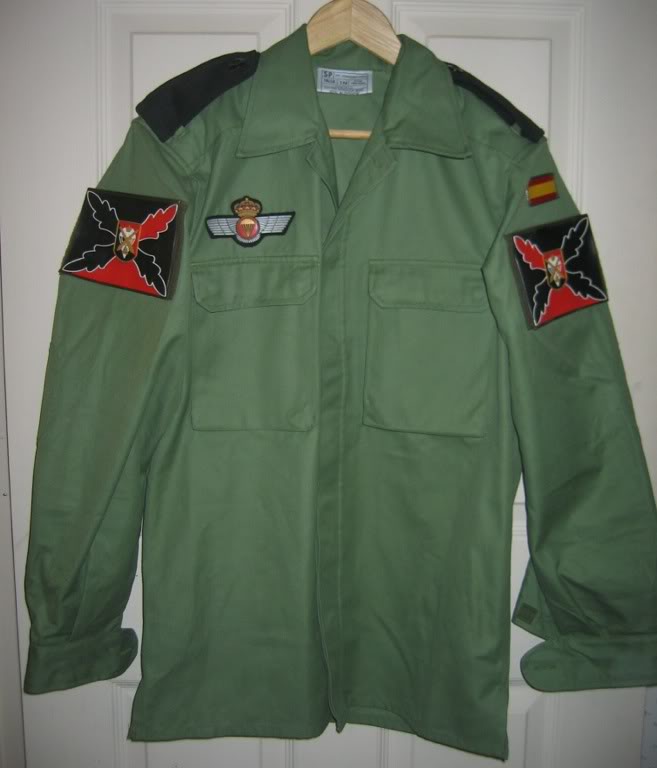