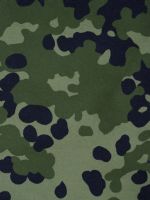 Apart from my interest in military clothing I have always been interested in radio equipment. Many years ago I was able to purchase this R1155 receiver (commonly used in Lancaster bombers for direction finding). It had been decommissioned and put back in it's original packing crate. it is in totally untouched condition from it's manufacture date of 1943 and still works perfectly. The radio operator was able to home in on enemy radio stations with incredible accuracy using this radio and bomb them or the area close by. The aircraft would have had lots of antennas fitted all over the body linked into this radio. There were aluminium versions for different uses such as marine craft too.

I also have another great radio from WW2 the legendary RCA AR88D as used to listen to enemy transmissions around the world. These were so well made that after the troops withdrawal from many places in the East they dumped them in rivers to dispose of them but the locals rescued them when the troops left and dried them out and used them. They worked perfectly after being in the river for months!